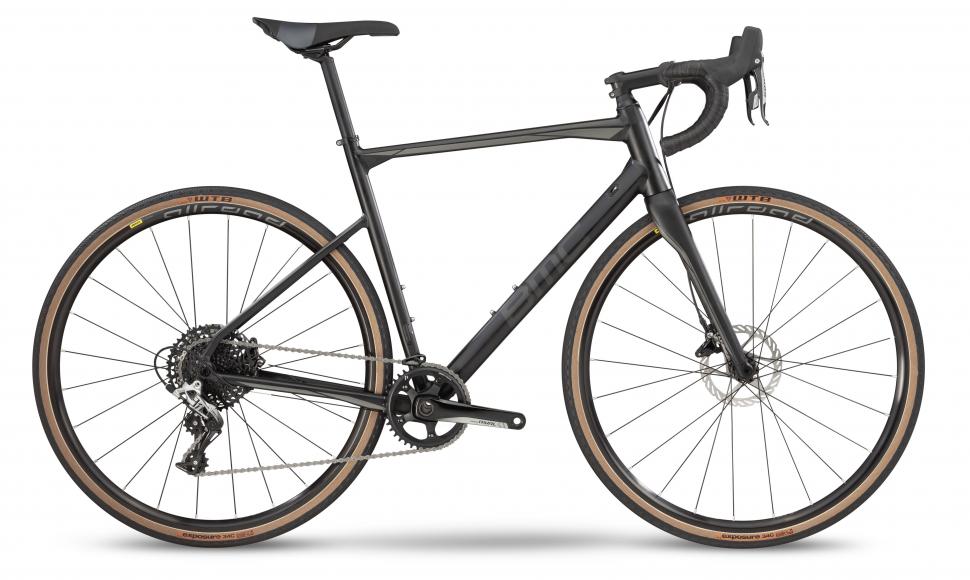 Not a week passes without a new adventure bike being launched, and today it’s the turn of Swiss outfit BMC with its brand new Roadmachine X.

It’s an evolution of the existing Roadmachine, an endurance focused disc brake bike, but with tyre clearance increased to accommodate 34mm WTB Exposure tyres and versatility boosted by mudguard and rack mounts. 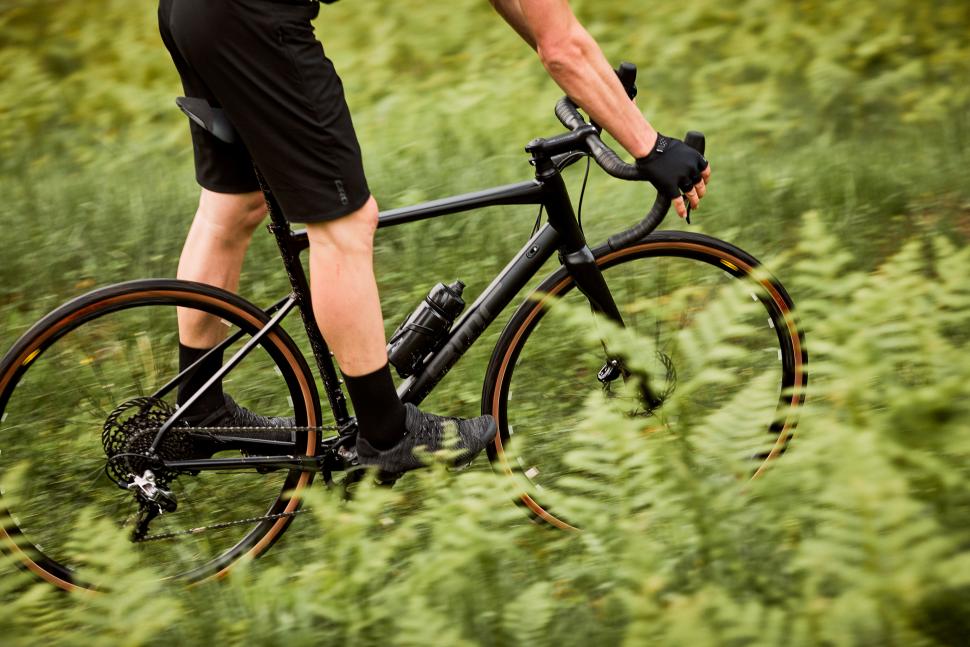 But a gravel bike it's not. BMC has been careful to avoid the gravel tag with this new bike because it’s clearly not an all-out gravel crushing bike. Instead, it’s going with all-road, adventure and a side dish of commuting.

It’s obviously pitched at those cyclists that ride predominantly on the road but want bigger tyres for increased comfort and traction on poorly surfaced roads, and a gentle slice of dirt path and canal towpath cycling. Where the regular Roadmachine is a carbon frame and fork, this new Roadmachine combines an aluminium frame with a carbon fork. There’s only one model as well, not a complete range, perhaps suggesting a slight hesitancy to commit to this growing sector.

“The new Roadmachine X completes the Roadmachine collection,” explains Mart Otten, Senior Product Manager Road at BMC Switzerland. “This versatile bike is tailored for those who love adventure road riding and sometimes like to go further even when the road ends, but it serves just as well as a commuting companion.” 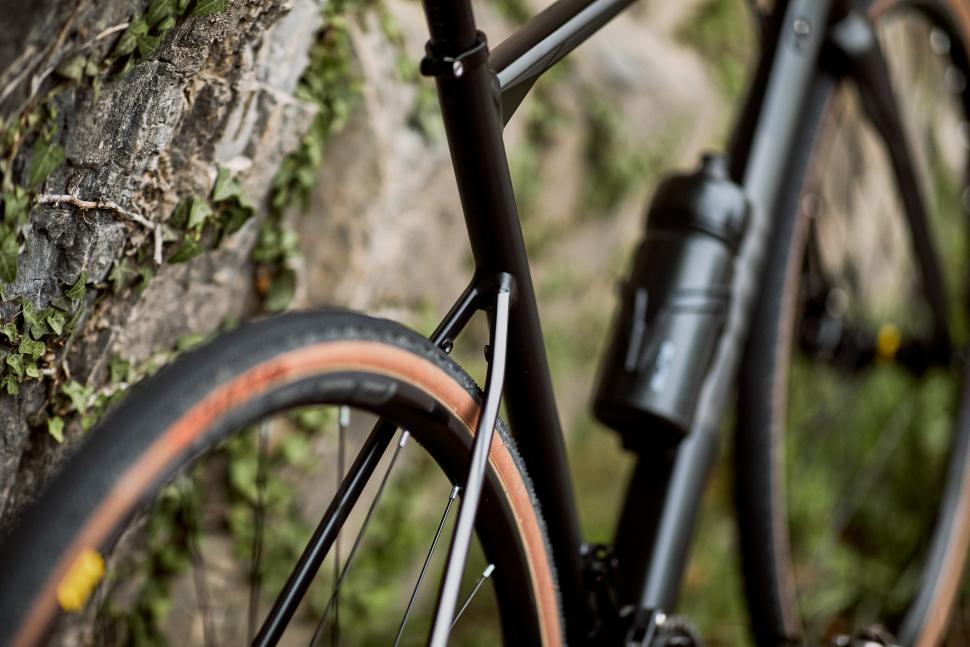 The frame is made from triple-butted aluminium with internal cable routing, a tapered head tube, 142x12mm thru-axle dropouts and flat mount brakes. BMC has used its Tuned Compliance Concept technology to ensure the new bike is able to provide a smooth ride on and off-road.

“TCC Endurance technology delivers superior compliance, both on road and off the beaten path. It takes the edge off the uneven roads for a fast and forgiving ride and the highest degree of vertical deflection,” adds Mart Otten. BMC has worked on the geometry as well, giving the new bike a long front-end for “improved control” and short chainstays for “rapid accelerations” which “combines stability on loose terrain and snappiness for asphalt” says BMC. There are six sizes from 47 to 61cm. 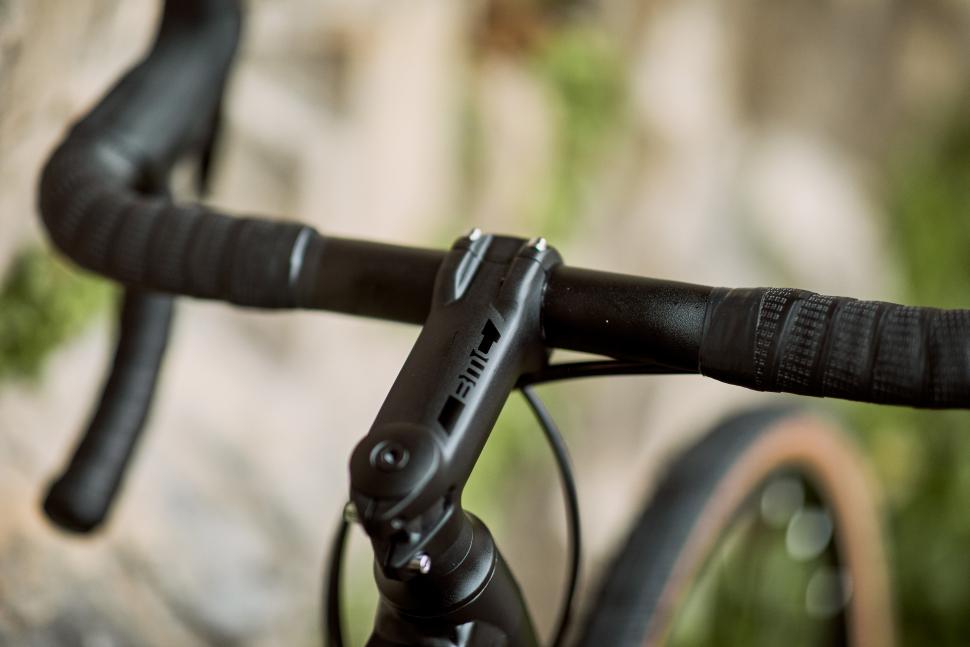 The Roadmachine X is specced with 34mm WTB Exposure tyres on Mavic Allroad Disc UST wheels, and it has equipped it with an SRAM Rival 1x11 groupset with hydraulic disc brakes, operating on 160mm front and rear rotors.

More at www.bmc-switzerland.com and it's available now from Evans Cycles.

Would you ride this bike? Does it suit the sort of riding you do?