On a mission to make kids' bike better and more versatile, Black Mountain's bikes are lightweight and also transform from a balance bike to a full pedal-assisted version thanks to numerous patented technologies
by Jack Sexty

One big sticking point when buying your nipper their first bike is how little time it lasts before you need to buy a bigger size; fledgling British innovators Black Mountain want to make that a thing of the past, with the launch of two kids' bikes that 'grow' as your child grows. 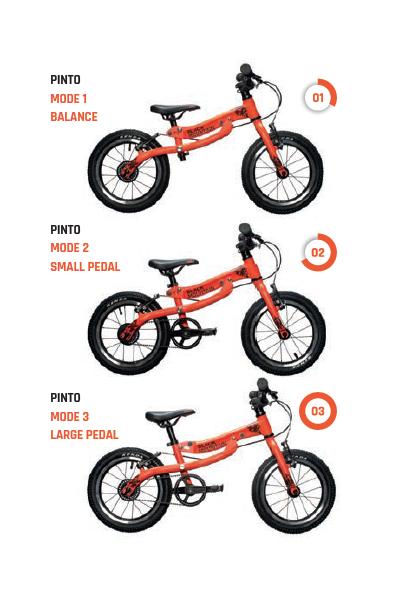 Black Mountain's patented technologies mean that the size of the frame, method of propulsion and saddle position can all be customised. The PowerPack is a crank, chainring and pedal system that can be easily installed to turn it from a balance bike into a small pedal bike, then Black Mountain's UP:SCALE technology allows the rear triangle to be moved forward to create a longer top tube when your child grows. There's also 'IN:GEAR', the world's first gear system that can be moved up as the bike grows. 'GO:LOW' is a custom saddle and inverted seat clamp that allows the saddle to go extra low for the smallest of kiddiwinks. Both bikes come in orange, neon green, sky blue or purple colourways, and the frames are lightweight 6061 T6 aluminium. 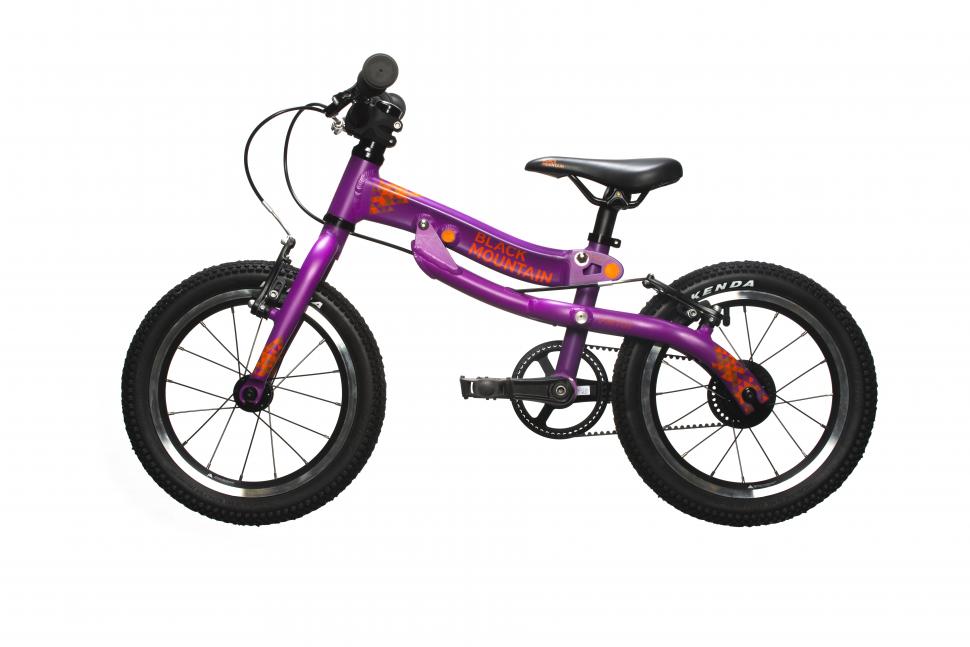 The SKØG is also £329, and is recommended for riders aged 5-8. It has rolls on 16” wheels and weighs 6.1kg, with a 50t chainring in its pedal bike form. The IN:GEAR system that turns the SKØG into the larger sized bike increases the gearing and frame size by about 20%.

Black Mountain aren't actually the first to make a 'growing' kids' bike; Stu (and his then four-year-old lad Charlie) reviewed the LittleBig 3-in-1 bike back in 2016 (read it here). On this bike you can flip the rear part of the frame to make a larger balance bike, then bolt on a 28t chainring (it's singlespeed at the rear) and cranks when they're ready to start pedalling. Black Mountain's main USP's are the belt drive with adjustable gearing and the UP:SCALE growing triangle in comparison with LittleBig's design.

Both the Pinto and SKØG bikes can be pre-ordered now for a May delivery - check out Black Mountain's website for more info.