The UK’s premier celebration of bespoke handbuilt bicycles, Bespoked, kicked off in Bristol again today under fabulous conditions with a similarly fabulous selection of bikes and accessories. Once again road.cc was tasked with the challenge of choosing three bikes for the road.cc choice award, no easy task given the incredible standard evident in the Engine Shed at Temple Meads.

We (Richard Peploe, Jo Burt and myself) managed to cast our gaze past the many splattered and sparkly fade paint jobs to pick three bikes that we offered a mix of innovation, technical excellence, craftsmanship and attention to detail and being bikes we’d really like to ride. Last year we handed out frilly rosettes to Donard, Toad and English Cycles, but who would walk off with the coveted accolades this year? Read on to find out… 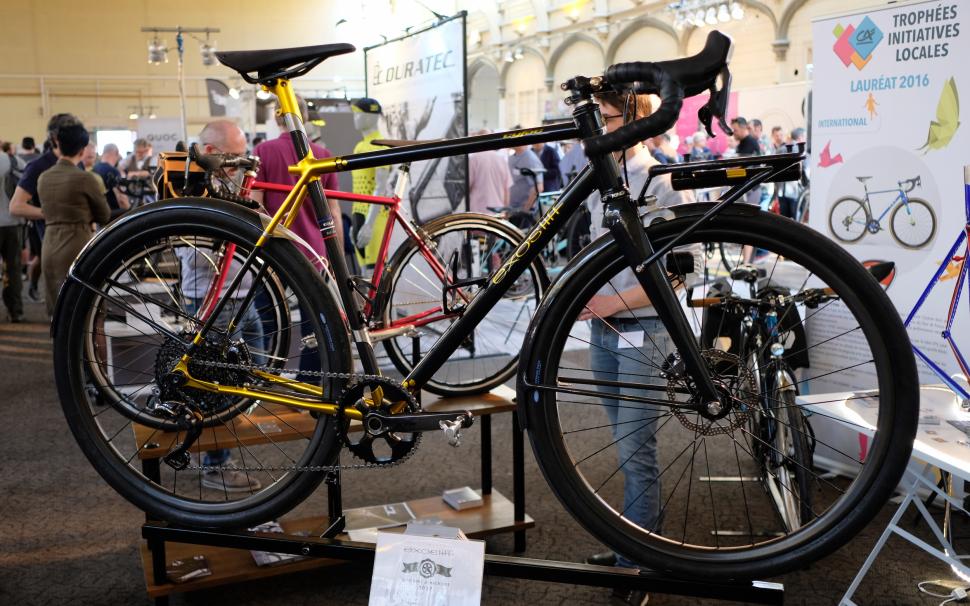 French custom frame builder Cyfac impressed with the ingenious integration that is at the heart of this bike. Firstly, the 1x11 drivetrain leaves a redundant shifter but those buttons have been configured to operate not just the front and rear lights, but also the indicators located in the handlebars. A custom front rack has a Lezyne pump concealed inside it, and it’s designed to accommodate a regular pannier. The mudguards are made by a French carbon fibre specialist to Cyfac’s own design, and can be easily removed - the stays simply clip onto the frame and the end slots the steel front section of mudguard, which is permanently fixed in place. The attention to detail even extends to the way the bike is fixed to the display stand - a cleat fixed on a rod clips into the pedal and securely locks the bike in place. Other details caught our eye. The bell attached to the stem. The Di2 junction box under the saddle. 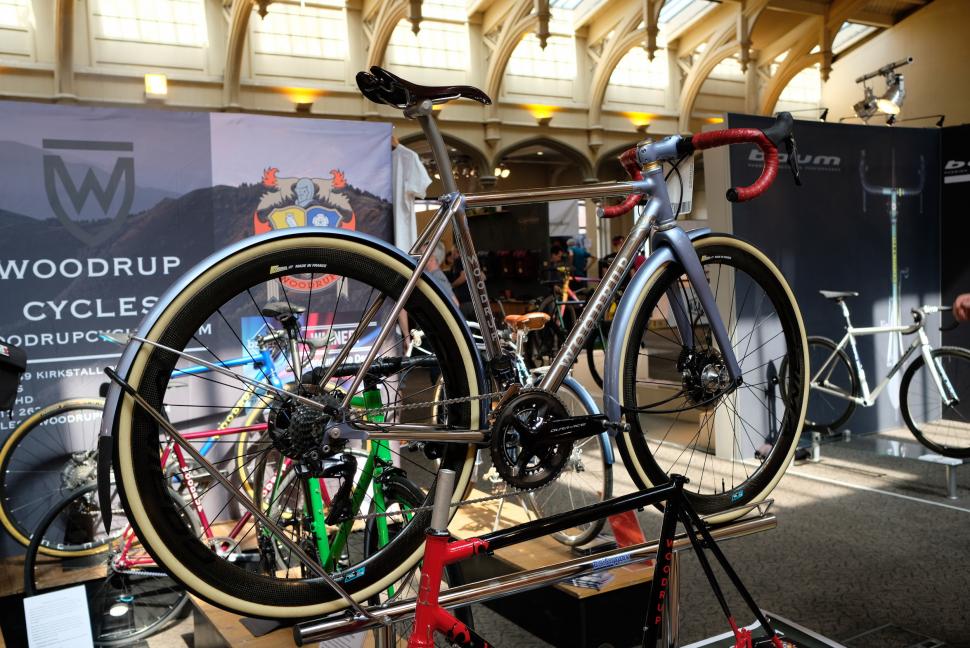 There has been a noticeable increase in the number of frame builders working in the UK, but Woodrup is no such newcomer, having been established in 1949 and the business now in the hands of the third generation Woodrup. This is Chikashi’s 953 stainless Maurice Woodrup and took a rosette due to its unexpectedness. It’s a beautifully made bike, a testament to the company’s considerable experience, and is packed with details only revealed the closer you look. 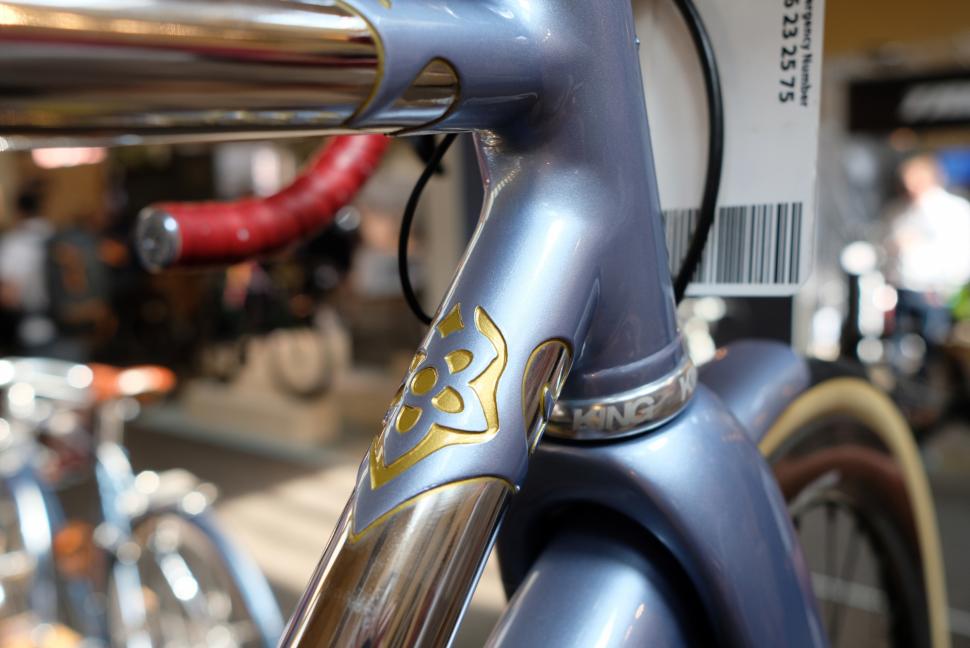 The brief by Chikashi was for very elaborate lugs and on this front, the frame does not disappoint. The crowning achievement must be Chikashi’s clan crest motif cut into the head tube bi-laminate lug. An Enve fork with integrated mudguard is matched by a similarly custom painted PDW rear mudguard, with Corima carbon wheels laced to Chris King hubs. The bar tape has morse code for Chikashi’s family name embedded in its design.

The bike looks box fresh doesn't it? But it's just been ridden in the Paris-Roubaix challenge a couple of weekends ago. It's still even wearing the number. 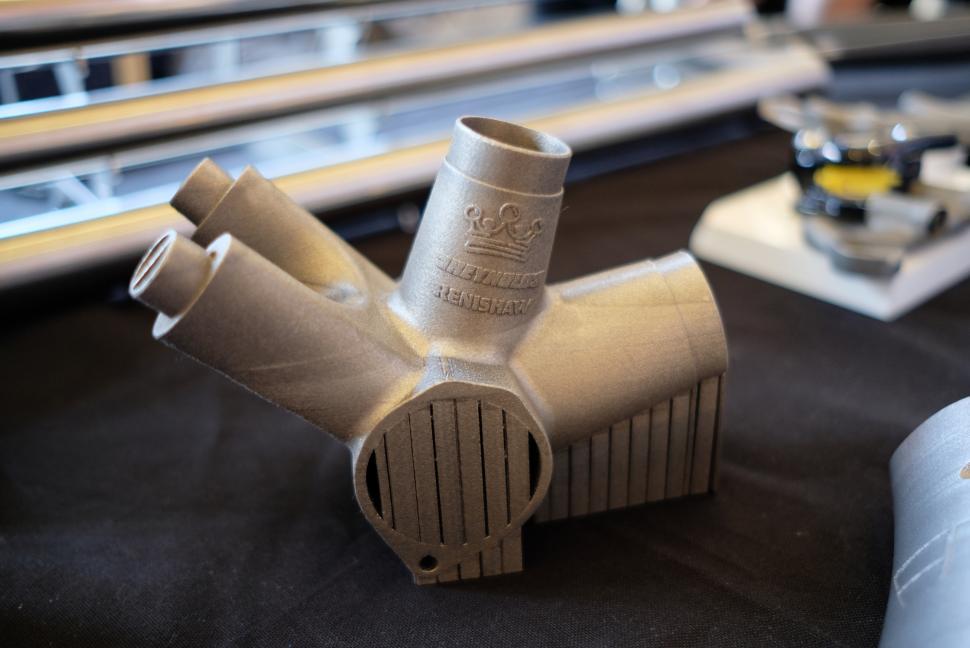 Our last award isn’t actually for a bike, it’s a for a manufacturing process: 3D printed titanium and steel lugs. We were on the look out for exciting innovation and nothing is more exciting than the potential offered by this new manufacturing process. Reynolds is best known for steel tubing, but in recent years it has been investing in the development of 3D printed lugs, in both titanium and steel, for the manufacturing of not only lugs but also dropouts, bottom brackets and head tubes. The fruits of its labour are starting to look highly impressive. 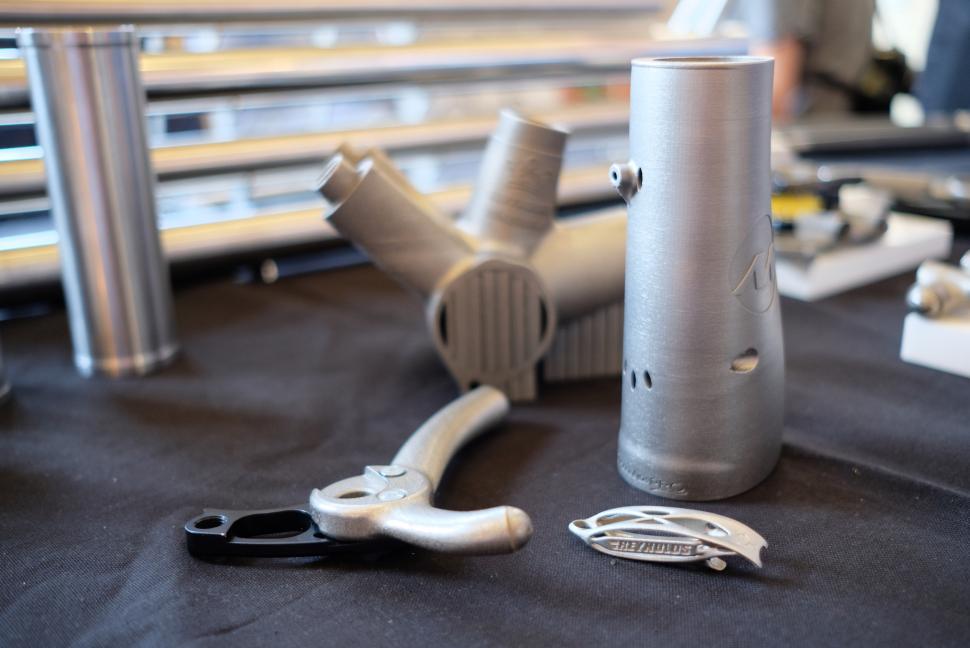 Reynolds told us the opportunity in 3D printing is the flexibility and customisation of design it offers to smaller bespoke frame builders - you could produce 10 head tubes that are largely the same but all slightly different, for example. The head tube is also internally reinforced, with more material only where it’s needed, and the shape customised along with the choice of internal cable routing. 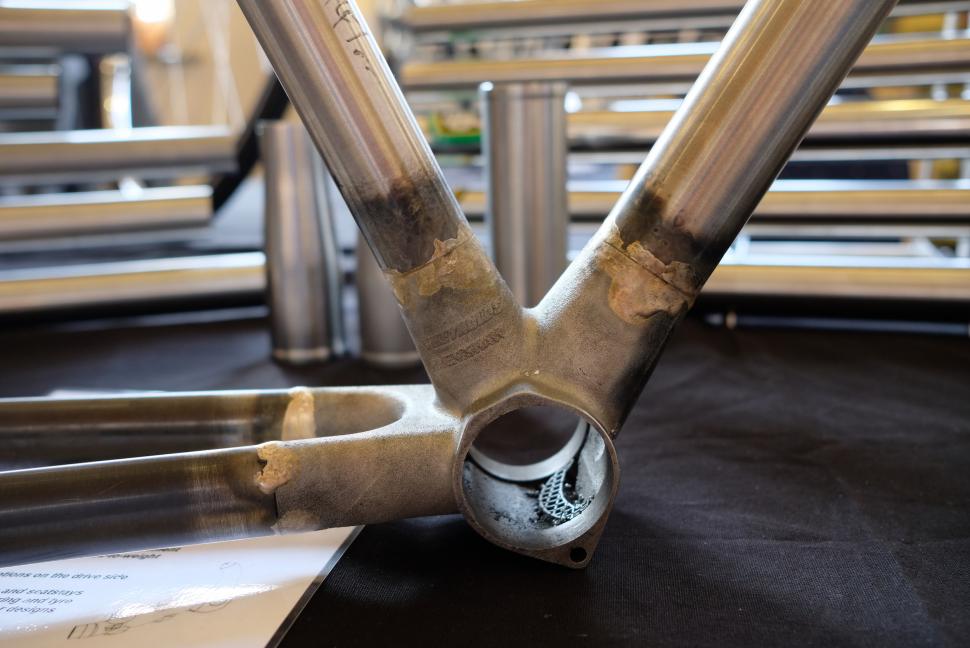 The bottom bracket assembly uses parametric modelling to allow very simple alterations and customisation options and means it can easily be tailored for different frame design requirements. Making a bottom bracket this way should also save a framebuilder a whole heap of time as well. 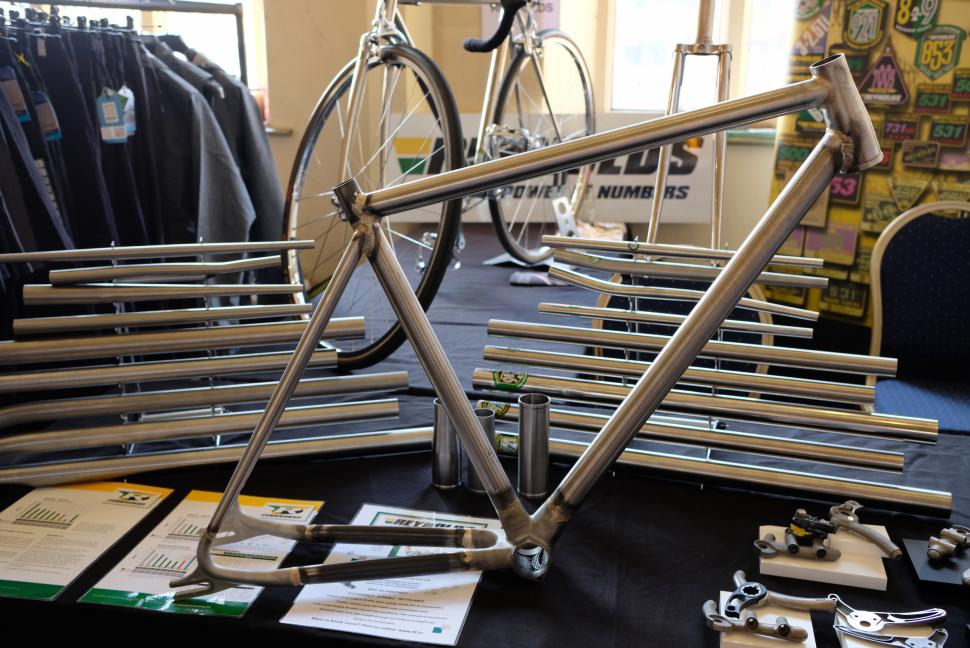 Reynolds is working with a few key partners to put this technology into practical use, including Moss Bikes who built this frame. There were other signs of 3D printed titanium lugs being merged with other frame materials at the show, so this could be an interesting new trend in the framebuilding world.

What do you think of our choices?

There’ll be more coverage from Bespoked soon, but for now, it’s time to get a drink…