Irish framebuilder Donard and cycling art and clothing creator Victory Chimp have collaborated to produce a very special gravel bike with a unique paint finish and compatibility with 700c and 650b tyres. 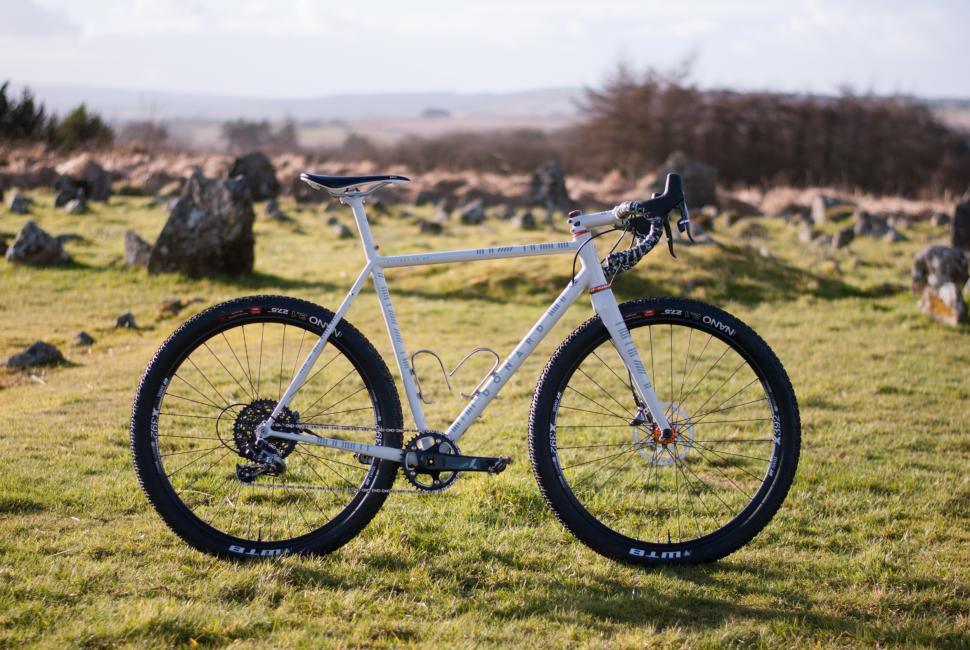 It helps that the two companies are based not that far apart, and came together to create Donard’s debut carbon frame for the Lap The Lough, a 156km organised ride around Lough Neagh last year, and Victory Chimp founder Ryan O’Reilly provided paint design for Donard’s Bespoked show bikes.

That carbon show bike won Donard an award, so impressed were the judges by the finish and attention to detail. 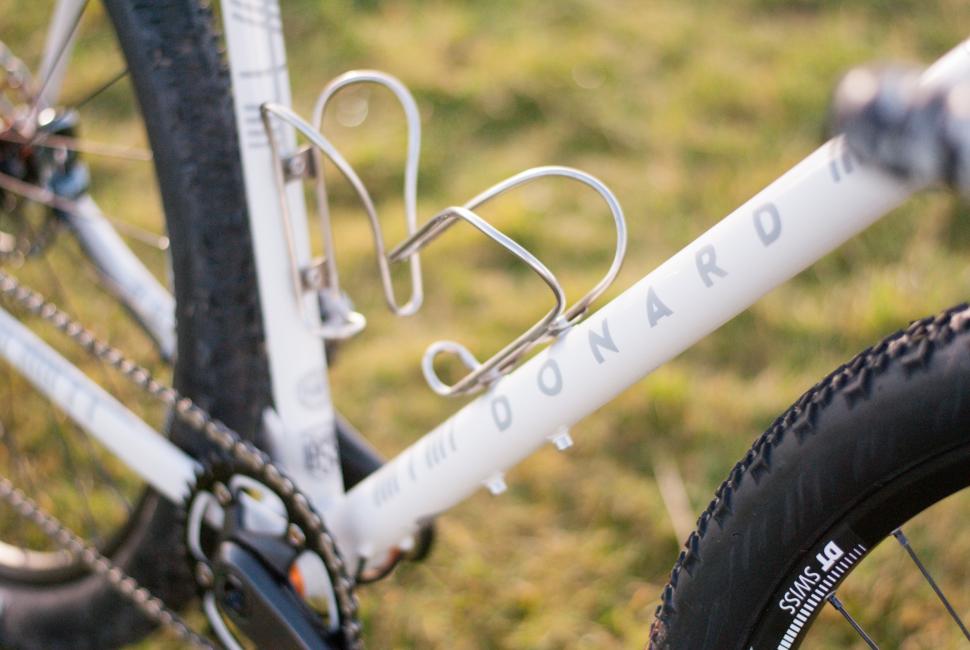 In return for Ryan helping out Donard’s Owen Byrne with a brand identity, he would repay the favour and build a frame for Ryan. This beauty is the result. It’s not made from carbon as Donard normally specialises in, but a steel frame. It is, just like the carbon frames he normally builds though, entirely handbuilt and custom made.

You’ll be able to see this bike in the flesh at the upcoming Bespoked UK handbuilt show but before then here are some photos to whet your appetite. And because you probably need something nice to look at after that Canyon yesterday… 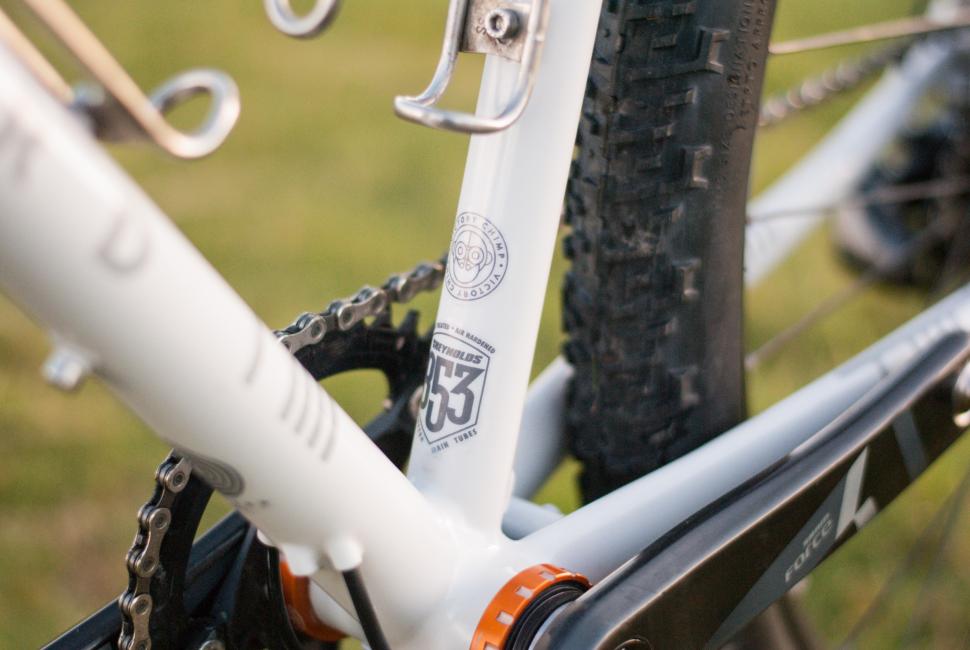 This Donard x Victory Chimp Gairbhéal bike, to give it its full and proper name, stemmed from Ryan discovering a new sense of freedom while riding the Dirty Reiver gravel event last year.

That ride planted a seed to build a bike that would be fast enough for slinging around a cyclocross race course but could be adapted for long-distance rides on and off-road through the summer months. 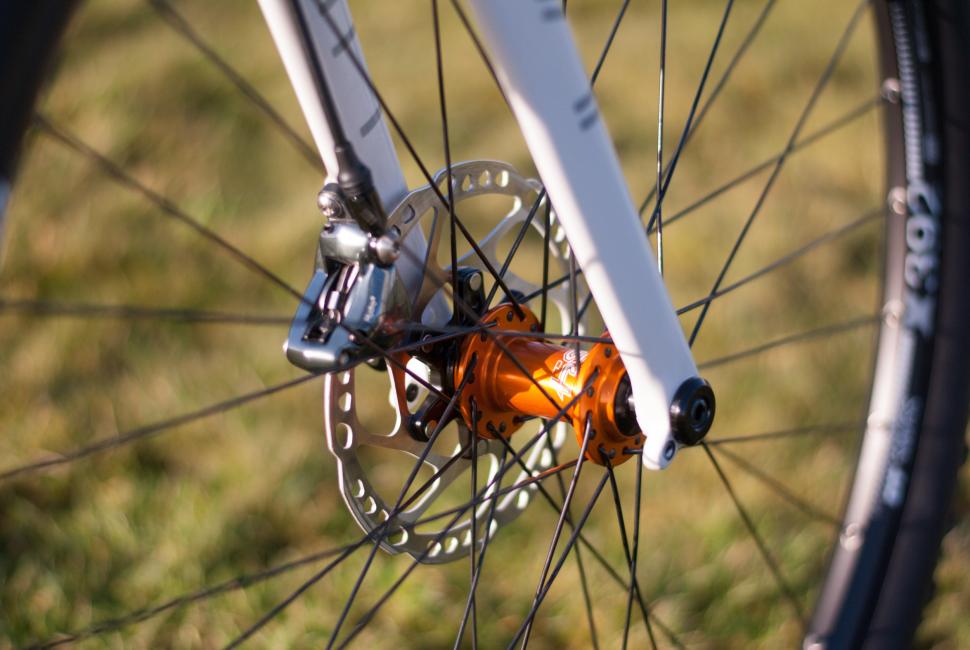 The frame is beautifully made from Reynolds 853 tubing, with a 44mm head tube and Chris King headset. An ovalised top tube provides extra shouldering comfort and forward-facing seat clamp is intended to prevent it getting fouled up by mud from the rear tyre. To also prevent contaminated by mud, all cables are internally routed. 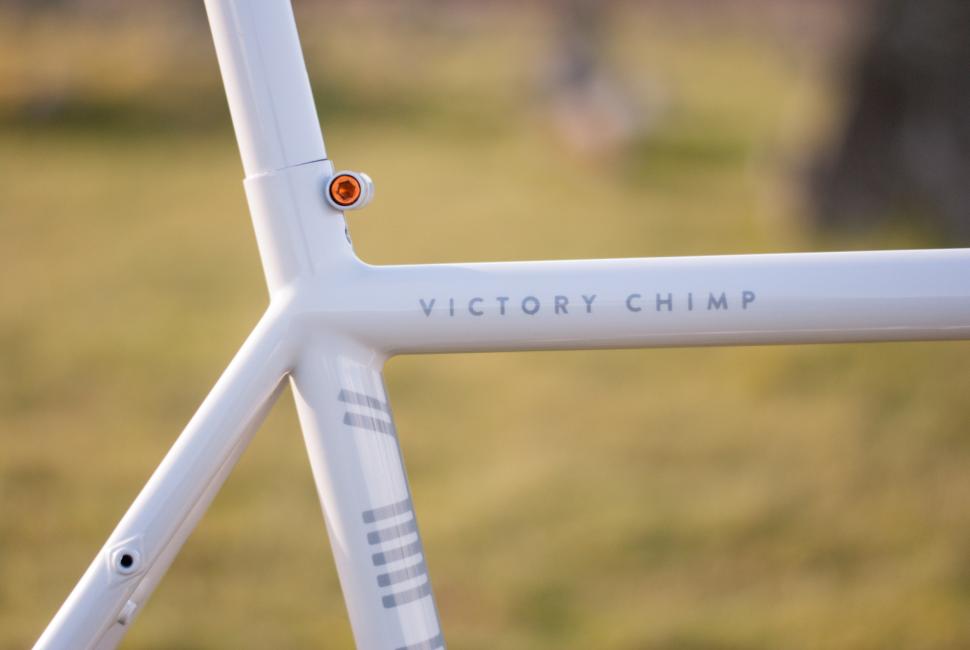 There’s ample space for 700cx45mm or 27.5"x2.1" tyres so the bike can be flipped between different configurations. Providing the adaptability for more than just cyclocross racing, the frame has mounts for fitting full-length mudguards, a rack and a third bottle cage.

The paintwork was inspired by the Aghascrebagh Ogham Stone and other megalithic monuments that Ryan rides past in the Sperrin Mountains. Looking to the primitive Ogham alphabet which consists of horizontal and diagonal lines inscribed along the edge of standing stones, he used words relating to the terrain, translating them first into Irish and back into Ogham script. 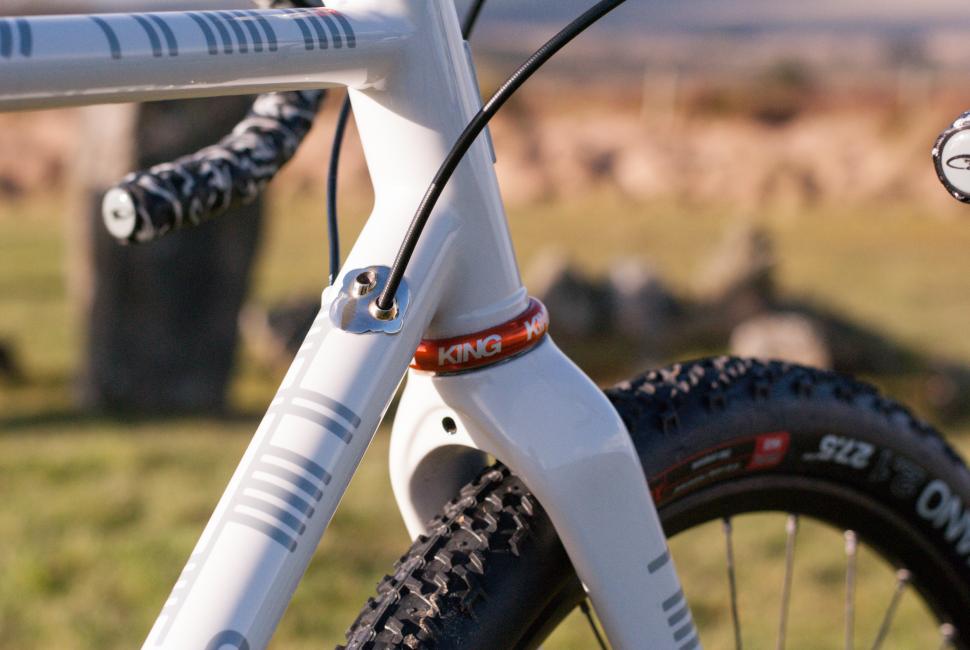 The custom two-tone white and grey paint finish extends not just to the frame but also the stem and handlebar. A polished laser cut Donard headbadge, numberplate and Victory Chimp cable entry point complete the frame. Thanks to www.victorychimp.cc and www.donard.cc for sharing these pics. See you at Bespoked!