Have the changes to the new C64 resulted in an improved ride? David went to Lanzarote to find out
by David Arthur @davearthur

The new C64 is every bit as good as the C60 but brings decent weight savings and extra comfort, while retaining the same great handling. I rode the new bike in Lanzarote at the Italian company’s worldwide launch recently to put it through its paces.

In the beginning there was the C40, an iconic race bike with multiple race victories to its name. The intervening years have seen the Italian bike brand make incremental improvements, retaining the tried-and-tested tube and lug construction but shaving away the weight and increasing stiffness. The new C64 isn’t a radical overhaul but critically retains everything that was good about the C60, whilst bringing some useful refinements to the new model to ensure it's still an appealing choice in a rapidly advancing market. 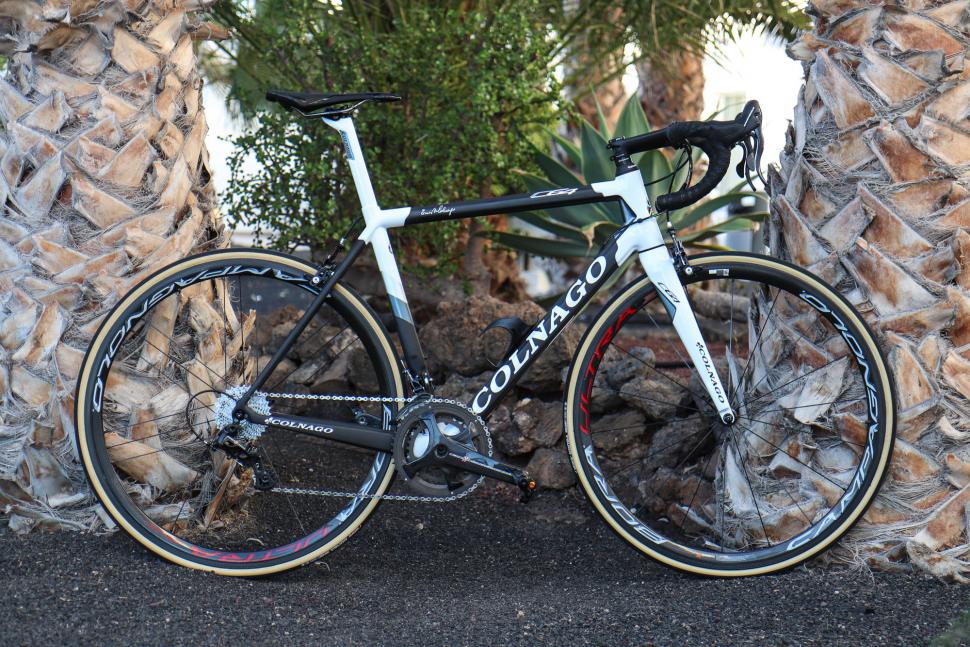 Updating a really good product is never an easy task. The C60, as I found when I tested it a few years ago, was practically perfect, a really fine blend of handling balance, stiffness and comfort. If the C60 was so good, what can the C64 do to offer a worthwhile improvement? Less weight and wider tyre clearance would be a start, and that's exactly what the new bike offers over its predecessor.  Whilst not the most radical changes, it's this pragmatic approach to continually refining the C Series since its launch in 1994 that has ensured it's as relevant and good today as it was all those years ago.

What the C60 wasn’t was one of the lightest bikes on the market. Colnago was keen to remind me that chasing low weight has never been a driving force for the company, instead, it has always preferred to focus on handling and reliability. It leaves the weight weenie antics to likes of Cervelo, Trek and Specialized who keep taking chunks out of each other with each model launch. But despite that reluctance to get involved in the weight battle, the new C64 is significantly lighter than its predecessor: the rim brake frameset drops a claimed 205g while the biggest saving is on the disc brake version of the C64, a whopping 270g.

The other key change and one that will be well received is the clearance for wider tyres. The frame and fork will now easily accommodate 28mm tyres with Continental GrandPrix 4000 II S tyres used to test clearance, which actually come up quite a bit wider according to Colnago.  There are a host of other changes and interesting developments, so make sure you have a read of that first look article. 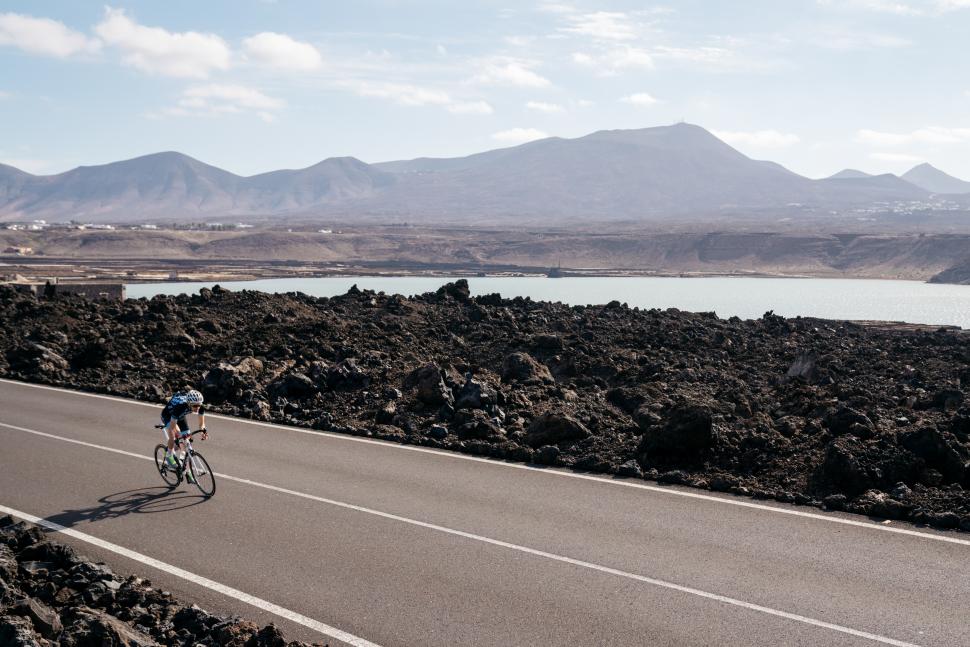 Lanzarote, better known for cheap package holidays, was chosen as the destination for the worldwide launch,  simply to guarantee nicer weather than they were not enjoying back home in Italy. It doesn't seem the most natural place for an Italian bike launch, but it was warm and sunny and the roads are smooth. But the one thing you need to know about Lanzarote is that very occasionally it can be windy. Very windy. And the wind seemed to be relentless during the entire time I was there. Ignore the wind though, and the island offers lots of nice rolling roads, a few shorts climbs, and mostly smooth surfaces, good for putting a new bike through its paces.

With just two rides on the new bike, 120km on day one and 55km on day two before dashing to the airport to fly home, it’s not enough time to get to know the nuances of the new bike. That time restriction, along with the unfamiliar roads and other variables means that only a first impression can be formed of the new bike. A longer-term test on my home roads will be needed to fully assess the bike. And that will happen, but for now here how’s I got on.

There was no shortage of top-level equipment on the bike I was given to ride. A lovely Campagnolo Super Record groupset with Bora 35 carbon wheels and 25mm Vittoria Corsa tyres, a Deda handlebar and stem and Selle Italia saddle made for a very nice build. Light too, though with no scales on hand I can only guess that it weighed about 7kg using my well-calibrated arm... The disc version of the new bike wasn't' available to ride so I was using the rim brake version, with the new direct mount brakes that replace the previous dual pivot calipers. 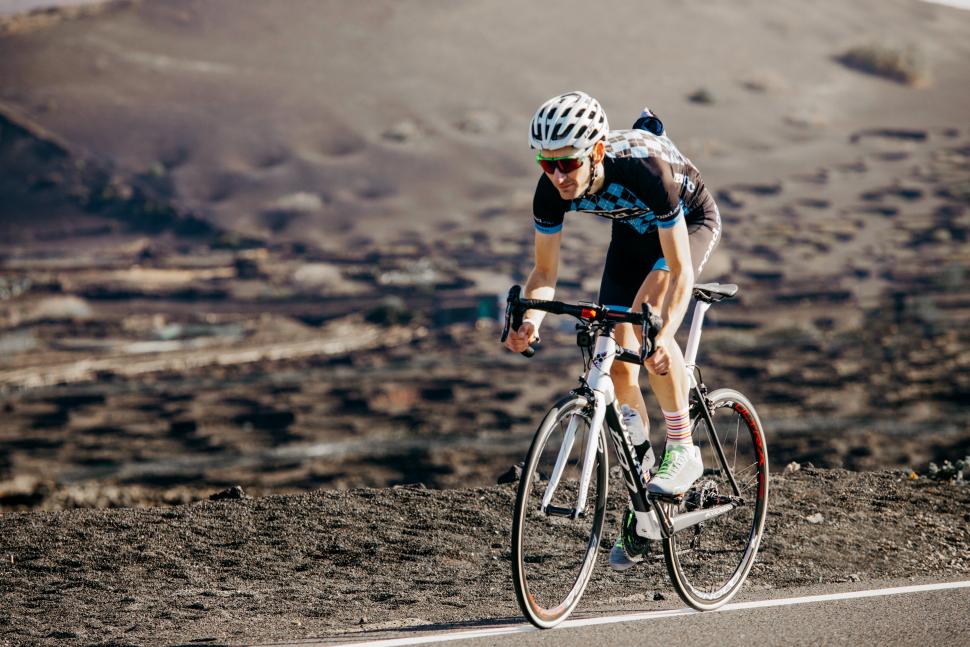 Rolling out through the busy streets of the town we were staying in, past the many cafes and bars and well-tanned tourists, it was immediately clear the handling that I liked so much when I tested the C60 had been retained in this new C64. I immediately felt at home, the bike smooth and comfortable over the speed-bumps and occasional sunken drain as we made our way into the interior of the island to find some open roads and climbs.

Onto bigger roads where the group could open the taps a bit more, and a long steady climb gradually steepening through a series of turns allowed the bike to finally show me what’s it made off. Out of the saddle, it’s clear the front of the bike feels sharper and more direct, an extra level of precision compared to the old bike. There’s absolutely no flex from the bottom bracket junction either. It climbs really well, and while it's probably never going to be as light as a Trek Emonda or Specialized Tarmac, it can hardly be accused of being portly.

As the road levelled out for several miles and undulated through the dramatic landscape, a startling visual reminder of its volcanic past, the C64 does what the C Series has always done so well, settles down for the long haul. It’s always been a superb long distance bike that displayed impressive smoothness and comfort, and the new bike is no different. There's a whisker more smoothness evident without completing isolating you from the road surface, and the geometry produces easy handling at any sort of speed. 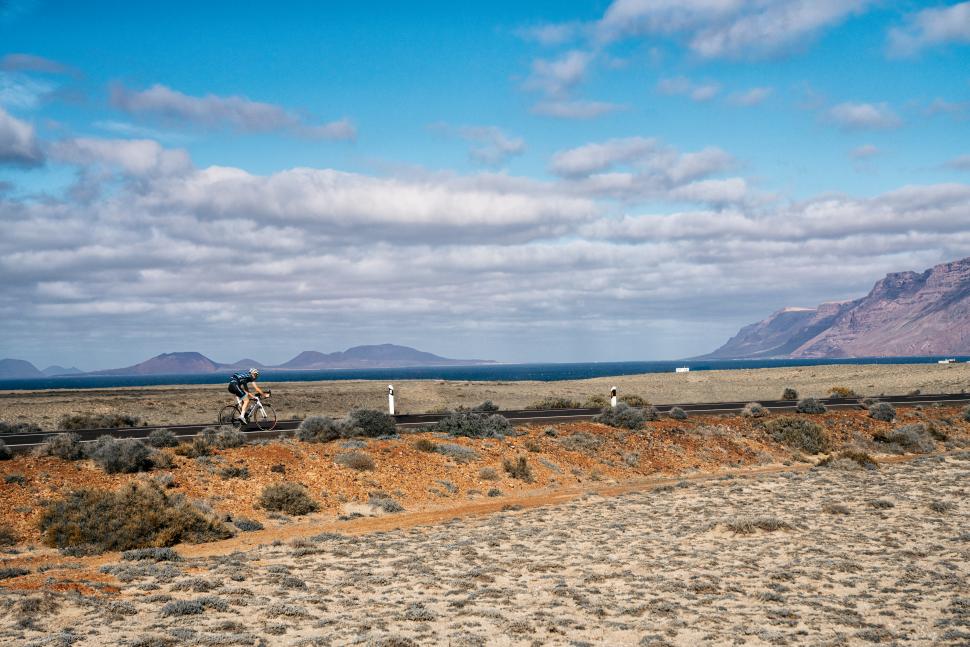 With the road pointing down and a flat out blast down a descent with wide sweeping turns, I was able to really push the bike fast. Chasing a fellow journo along this road at high speed and close quarters displayed the stability of the bike well, it wasn't phased by the blustery wind conditions at all, it held its line securely. It's that surefooted nature that makes it such a capable bike in all situations, easy to extract everything out of it and push close to your comfortable limits. As comfortable as riding alongside jagged black rocks allows - you definitely don’t want to be riding off the road at any point that is for sure. Thankfully the C64 never felt out of control even in the strongest crosswinds.

The new direct mount brakes are a big improvement over the previous dual pivot stoppers. The lever feel is firmer and there’s noticeably more power as well. The braking performance of the carbon Bora wheels was very impressive too; solid and dependable with no noise at all. That’s in the dry, obviously. How they fare in the wet is another thing, but in these conditions, it was rim braking at its very best.

So it's clear the C64 has impressed. It's easy to get a little misty-eyed riding such an iconic classic, but here's the thing, the new bike does measure up against some of the more visually modern bikes from brands much bigger and better resourced than Colnago. Did you know, just 28 people work at Colnago and five of them full-time on the C64 production. Specialized probably has a bigger marketing team than the whole of Colnago.

My main takeaway from riding the new C64 it that it retains the same great handling and stability of the original, with the same tried-and-tested geometry that I think works very well in all situations, yet it feels just a little more nimble and direct in the way it reacts to inputs. It’s a little more lively when you want to push the bike through fun corners or chase faster wheels. 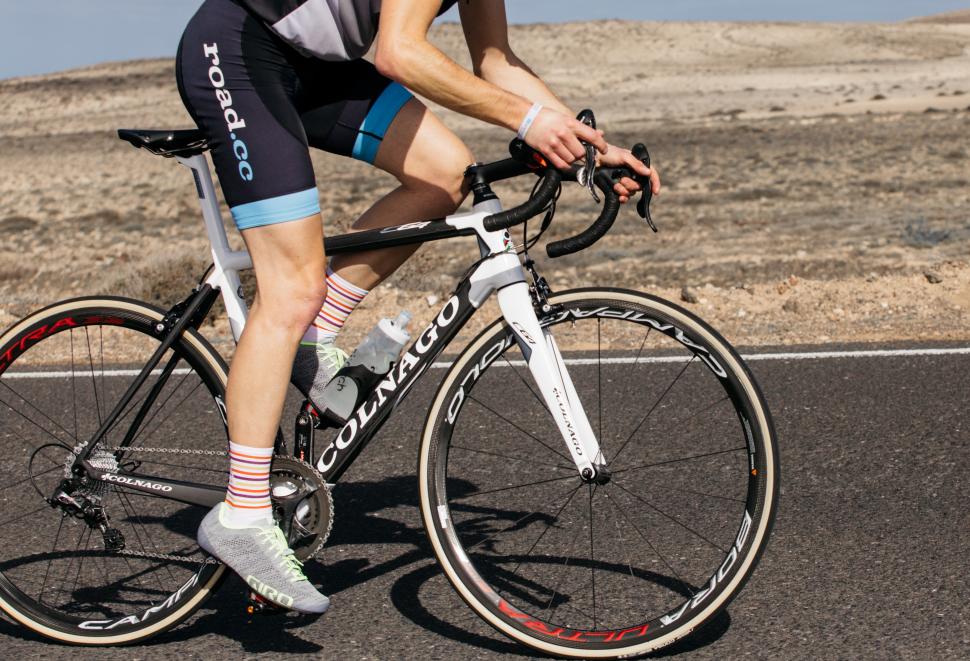 It feels a bit more thrilling to ride than the old C60 then, a little more lively and edgy. It’s perhaps not as sporty as the new Tarmac SL6, as lightweight as the new Emonda SLR or as aero as the Canyon Aeroad, but there’s just something lovely about the way it rides that ensures it still, despite increasingly competitive rivals, is something truly special.

The Colnago C64 isn’t for everyone. The V2-r and Concept models look more modern and closer to what most other high-end brands are producing, but the C64 is special. It’s special because of its heritage, its pedigree, the way it's made, its looks, but most of all because of the lovely way it rides. The update does enough to ensure there’s still life in the C Series for a few more years yet.