11 of the most expensive bikes at Eurobike 2017

We can't afford them, but at least we can judge them and ogle. Without further ado, here are some of the priciest rides we spotted at Eurobike 2017...
by Jack Sexty

If you've saved up for a new motor but had a change of heart and need something more fun to spend the cash on, look no further than the most expensive two-wheeled machines found at Eurobike... 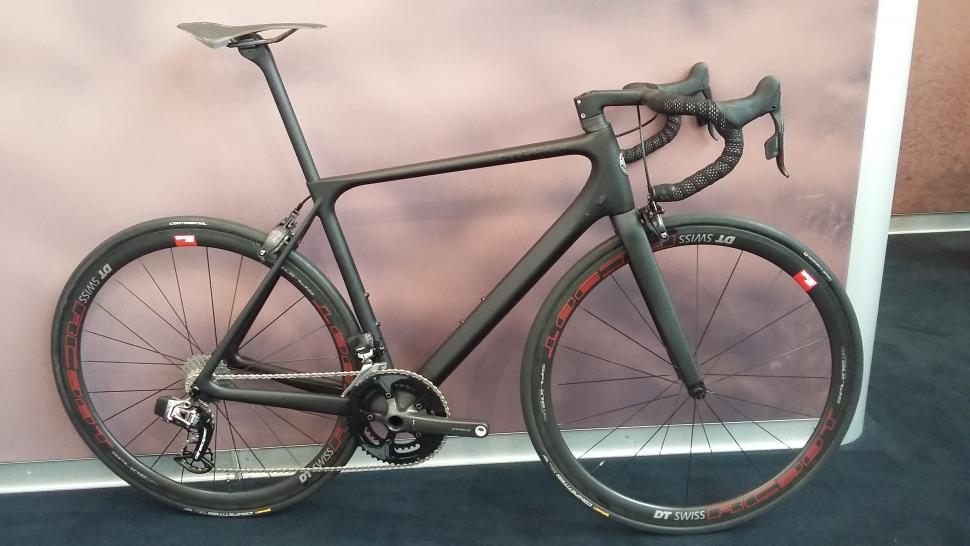 Let's jump straight in at the deep-end with this special edition Storck Aernario Signature... yours for 14,999 Euros. Only a handful of these special edition bikes will be made, and it weighs a shade over 5kg as shown here. Scott have embraced the disc on their top-of-the-range aero road bike, the Foil Premium. With a high-end spec including Dura-Ace Di2 and Zipp 303 Firecrest NSW wheels, this beaut will set you back £10,999. 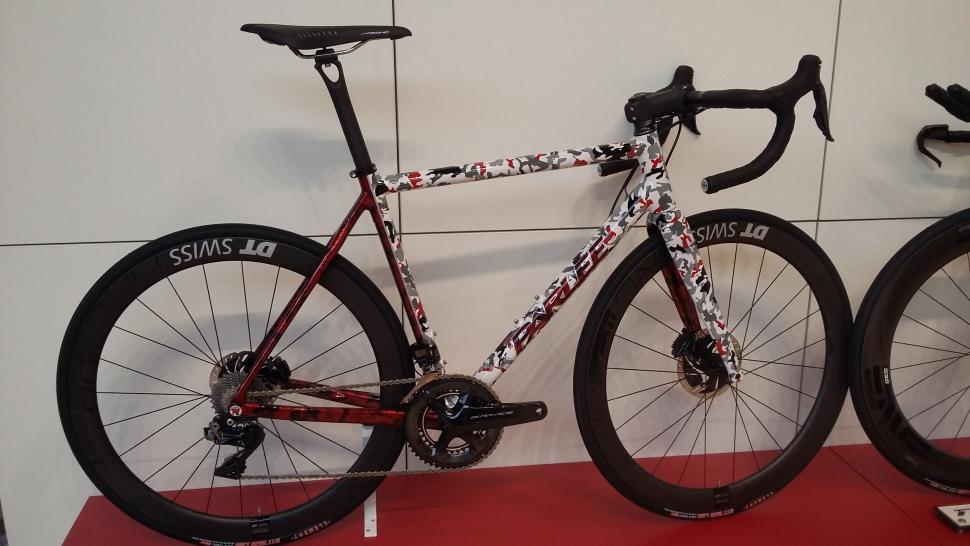 Massachusetts-based Parlee make extremely desirable custom frames, and this Z-Zero disc is built up with DT Swiss hoops and new Dura-Ace Di2. Of course a custom paint job comes with a custom price, but having spotted Z-Zero framesets on sale for £6,900 online, it's safe to say you'll be paying well over £10,000 for a full high-end build like this one. Another bike with the latest DT Swiss wheels and new Dura-Ace, this time coming in at a relatively sensible 9,300 Euros. This is a replica of the race bike used by the Bahrain Merida team, and Merida claim the new version is lighter, more aero and more comfortable than the previous Reacto. This bike turned a lot of heads at the show, and also raises a few eyebrows in terms of price point; however it's safe to say we've never heard a bad thing about a Colnago Concept frameset, and the new one with a disc set-up looks meaner than ever. According to the UK distributor's 2018 price list this frame has an RRP of £4,299.95, and with Sram Red eTap and Zipp 303 wheels, you'll be looking at over £8,500 for a full build. 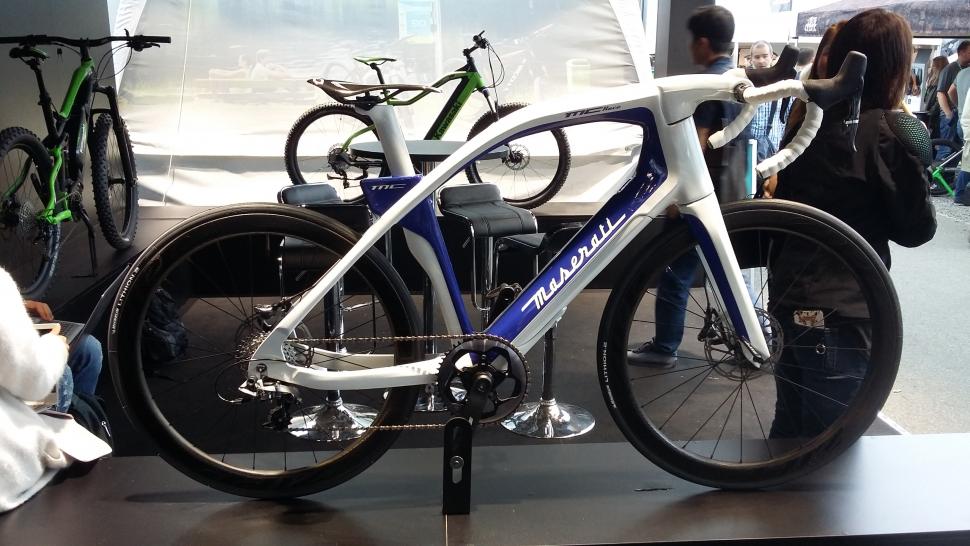 We didn't say 'attractive', we just said expensive... which is why this unusual beast has made it onto the list! What's going on with that top tube we don't know, but what we do know is that the battery is cleverly concealed within the bottom bracket area and the bike is projected to go on sale for 10,000 Euros. Check our sister site eBikeTips for a closer look. In our book, Italian masters De Rosa make some of the most eye-catching frames around. This one is specced with Campagnolo Super Record groupset and Vision Metron 40 wheels, and with frameset prices for the 2017 version starting at £3,849 on the UK's distributor's website, this build would be pushing £9,000 by our estimates. 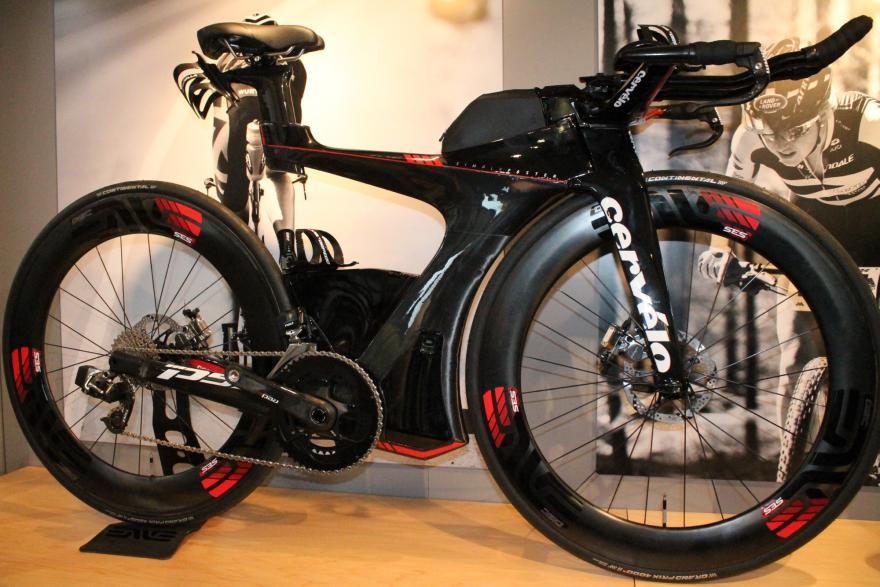 It's one of the most radical frames ever made, you can keep your lunch in it, and it's £13,499... the Cervelo P5X triathlon bike is still controversial almost a year after it was launched, but according to the huge R+D team behind it, also the fastest money can buy. 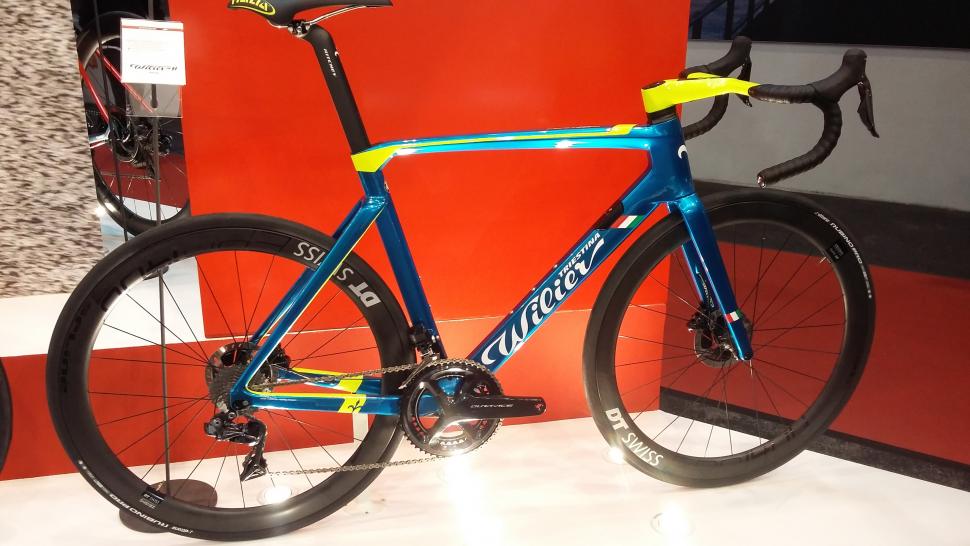 The new Cento 10 Air is an aero bike with some unusual shapes going on, doing away with conventional wisdom of thinner tubes = faster by beefing up the top tube and frontal area.  On Wilier's US site the mechanical Dura-Ace version with Shimano training wheels is listed at $6,950, so as shown here with DT Swiss wheels and Di2 the bike will be comfortably over $8,500. Launched amid much fanfare at Eurobike, the Bianchi for Scuderia Ferrari range will include urban, MTB and e-bikes also; but the one they unveiled was this, the SF01 road bike. It's got custom Ferrari-branded Fulcrum wheels and Astute saddle, Campagnolo Super-Record EPS groupset and a neat Ferrari-red paint job. Is it just a re-branded Bianchi Specialissima with a more luxurious spec? Quite possibly, but it is 15,000 Euros, hence why it has made this list. 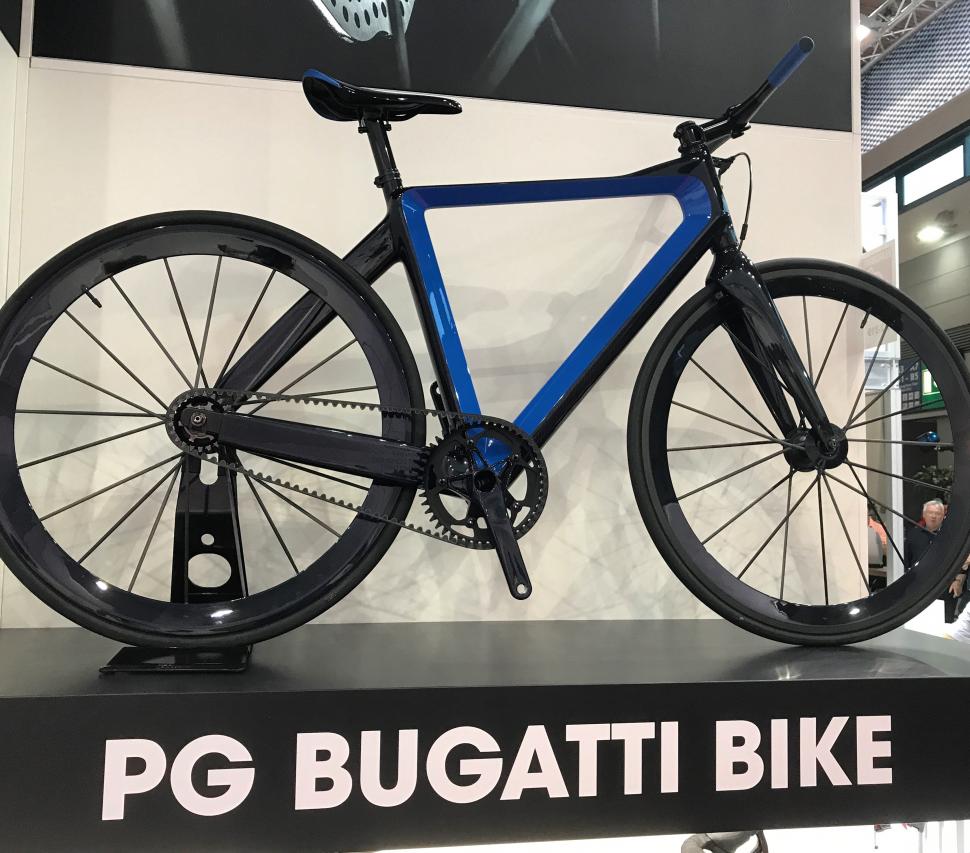 Of course we've saved the most expensive till last. Let alone a car, this urban bike made by luxury German bike builder PG Cycles in partnership with Bugatti is closer to the price of a flat where I grew up on the mean streets of Wolverhampton... £35,000!! Claimed as the lightest urban bike ever made at under 5kg, it's the ultimate accessory for a Bugatti owner to pair with their million-pound motor. It's built with Lightweight Meilenstein wheels, which will set you back over £4K alone, a belt drive so you don't get any oil on your silk trousers and the finest quality carbon components elsewhere. According to an article in the Telegraph, you can pay up to £69,000 for a fully customised version. I'll have three, please... ​