Look has unveiled two new versions of its 795 aero road bike, the 795 Light RS and the 795 Aerolight RS, along with new top-of-the-range Keo Blade Carbon race pedals which have been restyled. We got the chance to check them all out at last week's Eurobike.

Let’s take a look at the bikes first. 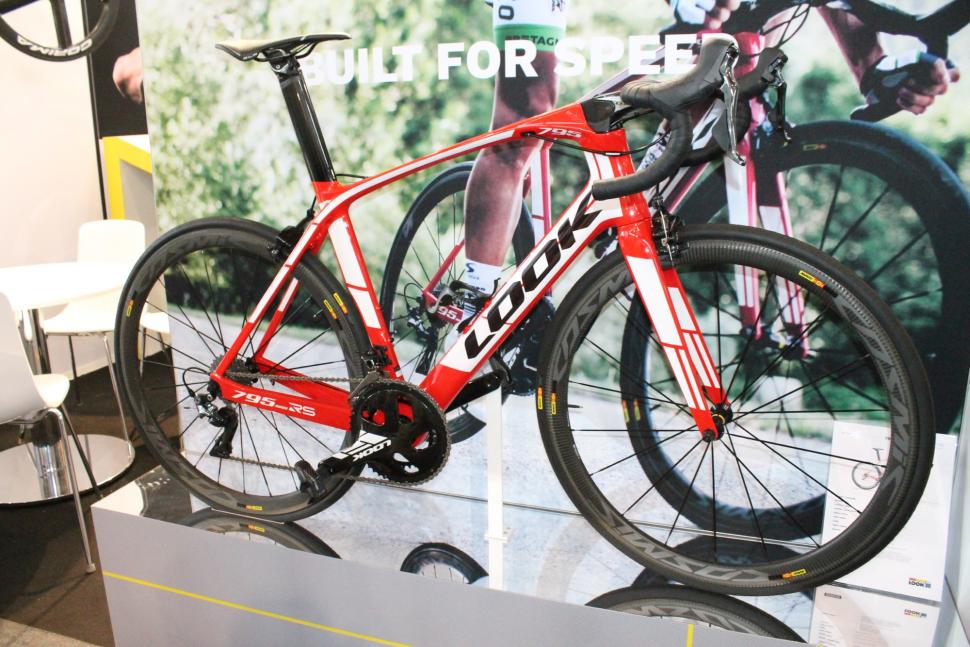 Look first introduced the 795 Light and Aerolight in 2014, both designed with aerodynamics in mind. The 795 models are distinctive thanks to a stem that integrates into the head tube and a steeply sloping top tube. The difference between them is that the Aerolight has a front brake integrated into the fork and a rear brake positioned underneath the chainstays whereas the Light has conventional brakes. 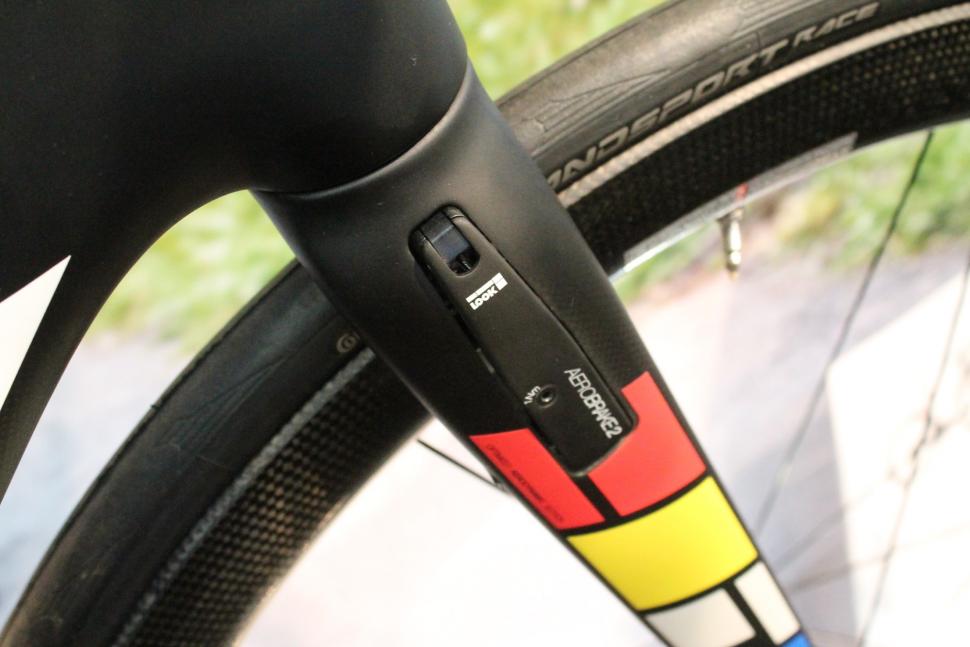 Check out our review of last year’s Look 795 Aerolight here. First, the cables from the handlebar do not enter directly into the frame but instead go via a part that pivots with the headset. The advantage is that they turn with the headset, the idea being to avoid any headset tension caused by cable stiffness. You no longer need to disconnect the front brake if you want to swap the stem because the cable doesn’t pass through it any more.

The new bottom bracket is made entirely from carbon. Look says that this guarantees stiffness and reliability.

The new E-Post 2 Evo seatpost now has a “tightening area” that allows for stronger retention in the frame and an interior cord has been replaced by a screw that allows for more powerful clamping. 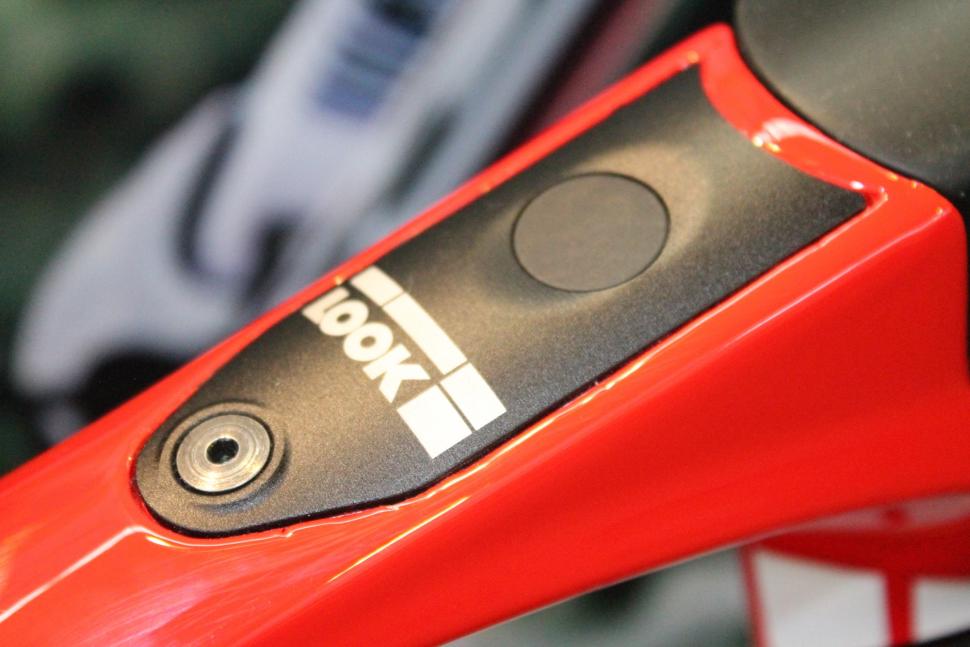 If you run a Shimano Di2 system, the junction box is still hidden away inside the frame but the cover, which sits just behind the stem, has been redesigned to allow the junction box to be clipped directly onto its underside. All the Di2 functions are accessible from the cover’s external face; you don’t need to remove it. 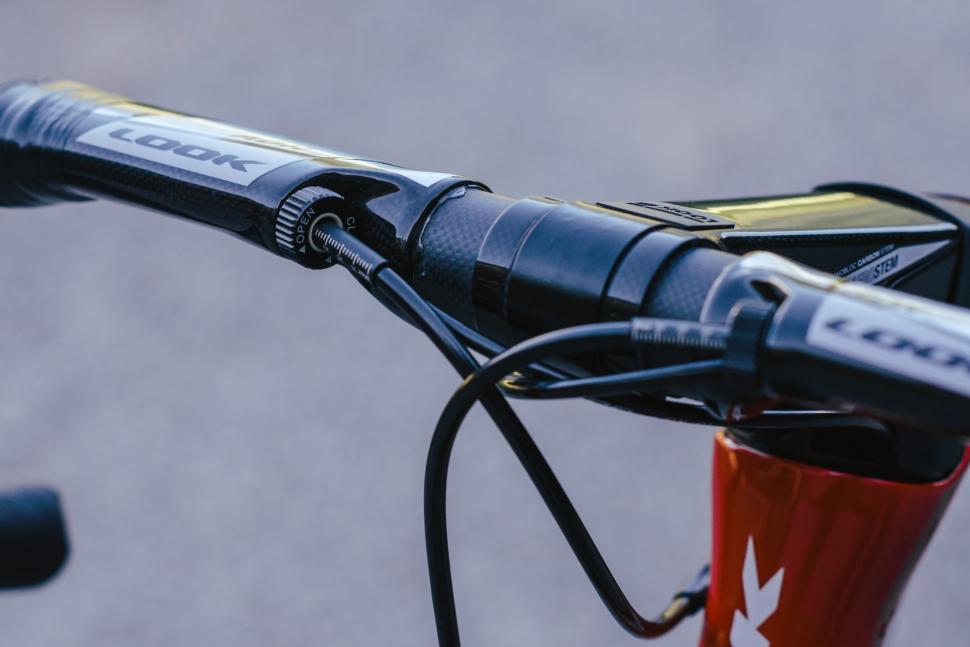 The new ADH2 handlebar incorporates a brake quick release mechanism that allows you to open and close the callipers for repairs, changing wheels or adjusting the pads.

Look says that the action of this control knob is easier and faster than traditional quick releases that are placed near the housing ferrules, and that it’s perfectly accessible on the fly. Another new feature of the handlebar is additional space on either side of the stem to allow the mounting of aerobars (or a computer or camera mount).

The tops of the handlebar are still shaped for aerodynamics although that shaping now extends forwards rather than backwards from the clamping point, the idea being to provide more space and make it less likely that you’ll hit your knees when riding out of the saddle.

These figures relate to a 70kg rider putting out 300 watts.

Look says that the 795 Aerolight RS (with integrated brakes) puts in an aero performance that’s 3% better than that of the 795 Light RS (with standard brakes). 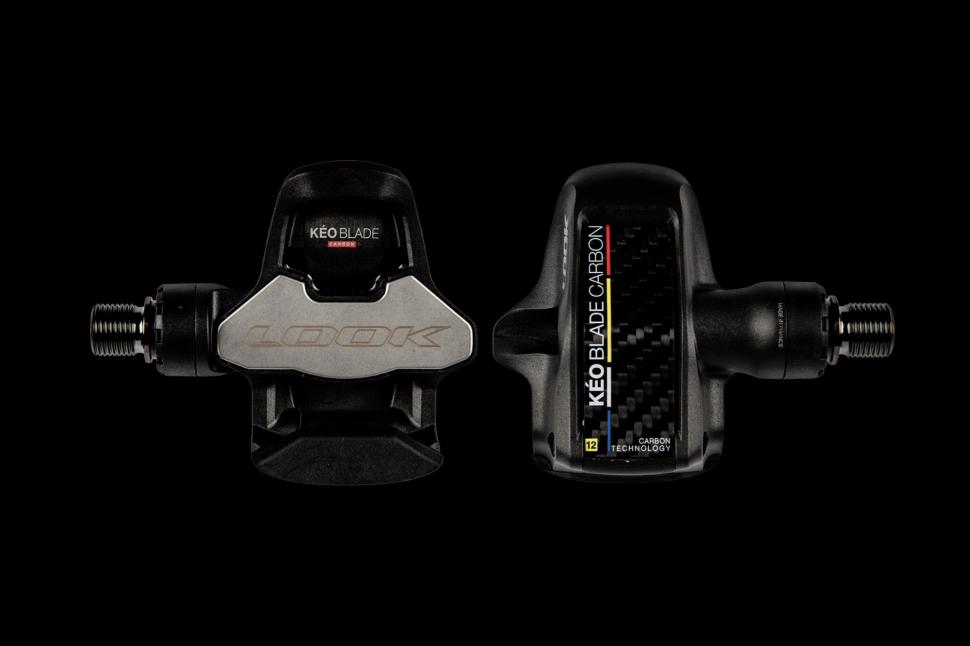 Okay, on to the redesigned Keo Blade Carbon pedals… Look first introduced its Blade technology, where a piece of carbon-fibre replaces the traditional metal spring-loaded design, in 2010. The axle of the new Blade Carbon has been redesigned, the distance between the roller and needle bearings having been increased by 25%. Look says that this provides more rigidity to the entire length of the axle and, as a consequence, improved power transmission.

It also says that weather resistance has been improved thanks to an updated end plug with an o-ring washer and an internal, double-lipped seal. Read our review of the Look Keo 2 Max Blade 12 from a couple of years ago.

Check out our video on how to get started with road clipless pedals. The version with a composite body and a carbon blade has a claimed weight of 240g.

For more info go to www.lookcycle.com

1
Five cool things coming soon from Assos, BTWIN, Quintana Roo, Cadex and Iris
2
Near Miss of the Day 522: Land Rover driver in pointless close pass
3
eBay seller refuses to accept bike auction offer – says "would be unhappy if I sold to Scouser"
4
Near Miss of the Day 520: Cyclist hit by driver's wing mirror coming under narrow bridge
5
Cycle to Work scheme bikes (temporarily) don't have to be used for commuting
6
Cyclist crushed after farm worker failed to secure straw bale to trailer, court told
7
Police investigating cyclist Tony Parsons' disappearance confirm his body has been found
8
Near Miss of the Day 521: Close pass ... by a police van (plus how it all went a bit Kafkaesque afterwards)