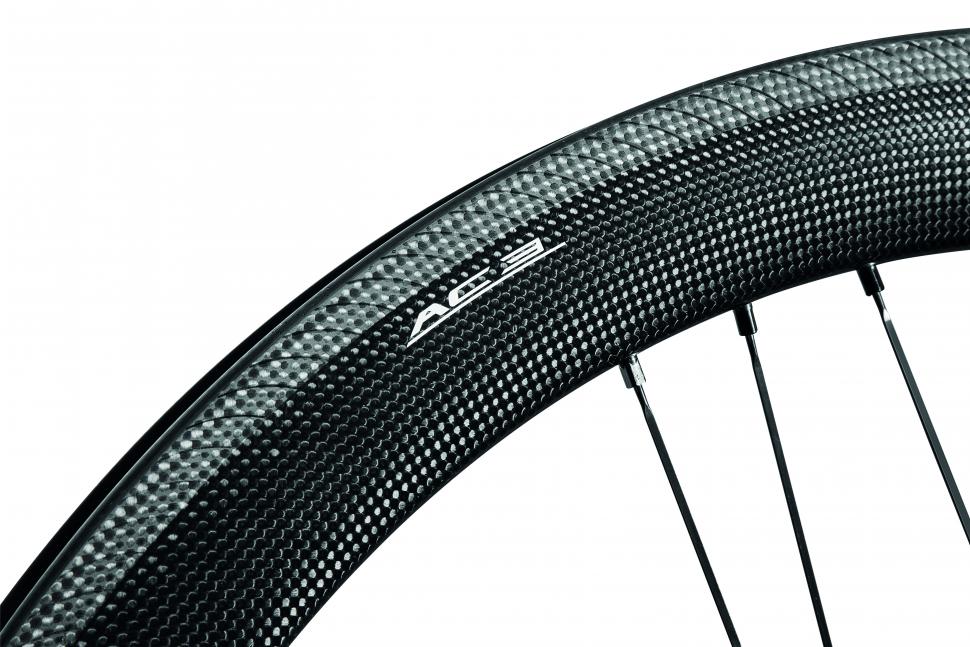 Campagnolo might have just launched disc brakes, but it hasn't given up on rim brake wheels just yet. It has this week unveiled a new Bora wheelset featuring a new brake track that provides a claimed 3% braking improvement in the dry and 43% in the rain compared to the previous model, but a massive 55% improvement over rival wheels in wet weather.

To achieve such incredible claims, and these are Campagnolo's claims, not ours, the company has developed a new textured brake track it is calling AC3, or All Conditions Carbon Control. Snappy. It’s been developed expressly to deal with the big Achilles heel of all carbon wheels, namely braking performance, or rather lack of it, in the wet.

Campagnolo says the grooves in the brake track allow rain and dirt to escape from the contact point of pad and rim and increases friction to clean any remaining residue on the rim.

Underneath the textured brake track, the company has also optimised the construction of the rims, orienting the fibres to ensure maximum integrity of the rim during heavy braking. A new resin is said to be able to withstand higher temperatures than rival wheels and dissipate heat more effectively. 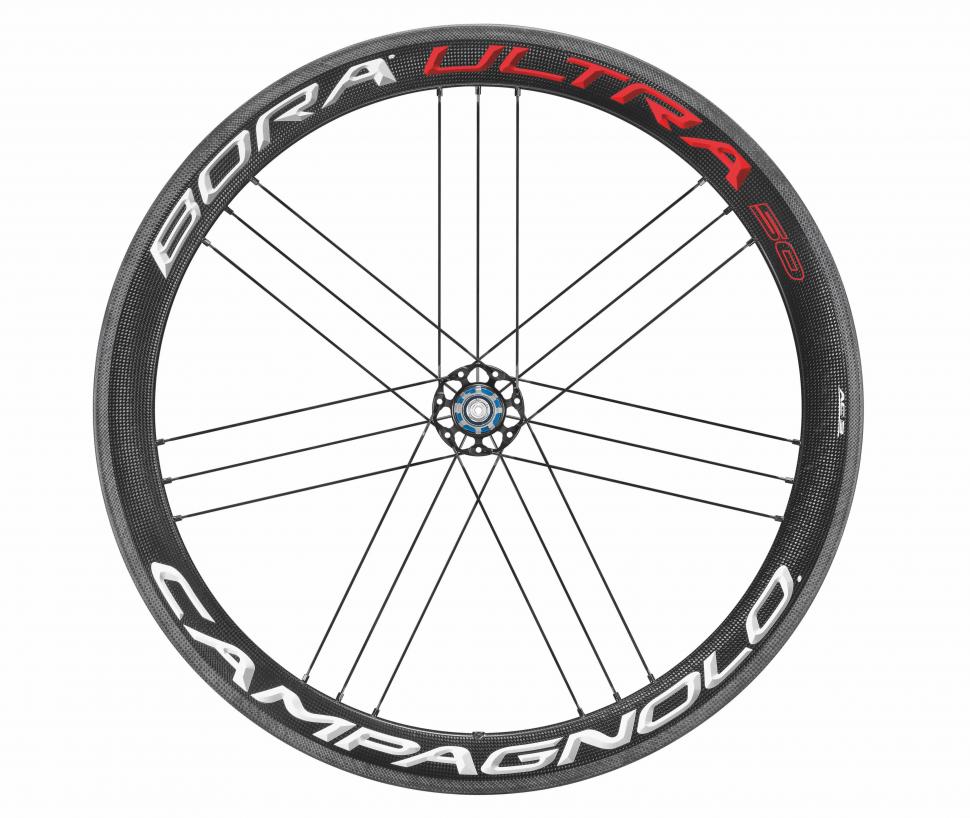 The result of those changes in improved braking performance in the dry and wet, as Campagnolo explains:

“Under dry conditions the new technology increases braking performance 3% over the previous BoraTM while increasing the gap with its closest competitor by over 6%. However, when the conditions are insidious and rain has the competition worried, AC3TM allows the BoraTM to excel. While the previous edition of the BoraTM offered results far beyond those found on competitors’ wheels, the AC3TM technology increases braking performance an astounding 43% over past Campagnolo models. The powerful braking of AC3TM represents a nearly 55% performance gap over that of its closest competitor making for a rather significant advantage when the heat of the race is on.”

The new AC3 technology will feature on Bora 35, 50 and Ultra TT wheelsets and be available this spring. We’ve no word on pricing at this stage.

Is this one last roll of the dice for the carbon clincher wheelset, in the face of growing disc brake popularity?