It’s pretty much customary for general classification leaders to ride specially prepared bikes custom painted to match their jersey, but Tom Dumoulin broke with tradition by riding his standard team bike during his time in the maglia rosa in the Giro d’Italia he won at the weekend, the first Dutchman ever to win the Italian grand tour. 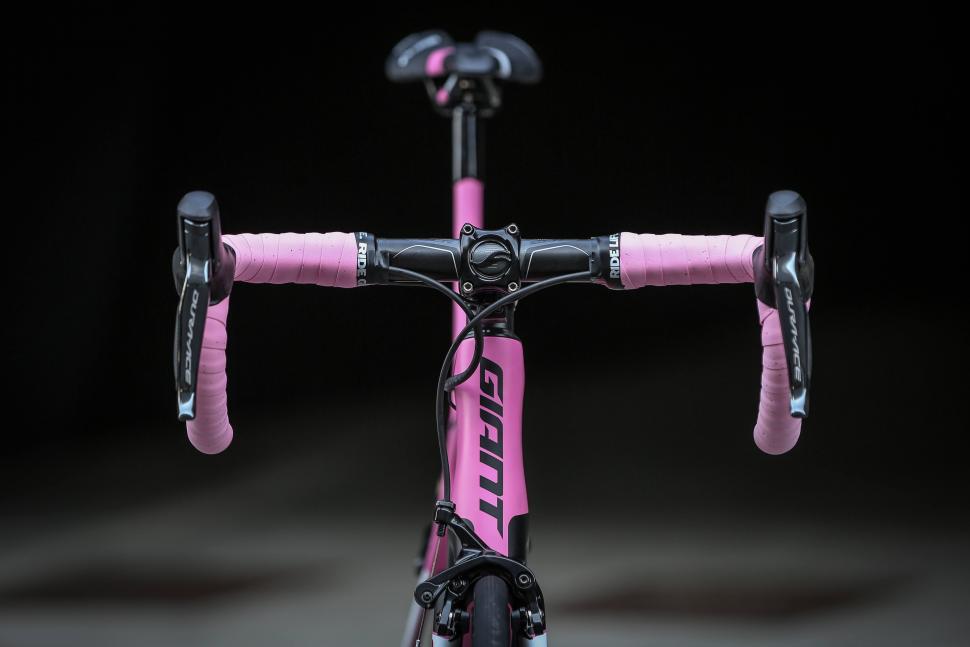 So to celebrate his victory, Giant Bicycles and Dumoulin’s Sunweb team presented him with this very pink race bike. It’s just a shame he didn’t get to ride it in the race, as unlike the Tour de France with its celebratory final stage, the Giro went down to the wire with a tense final stage time trial. 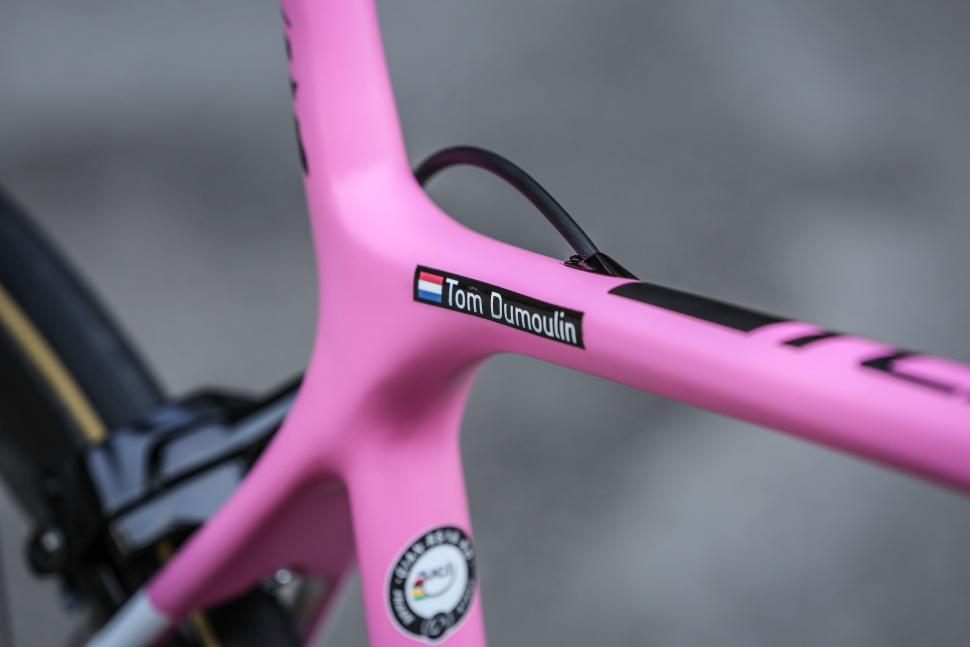 Dumoulin did not ride the pink frame during his time in the maglia rosa, sticking with his stock race frame. The pink bike is the same as his regular Giant TCR Advanced SL, though, the lightest bike in the bike company’s range, with an integrated seatmast and full internal cable and Di2 routing. 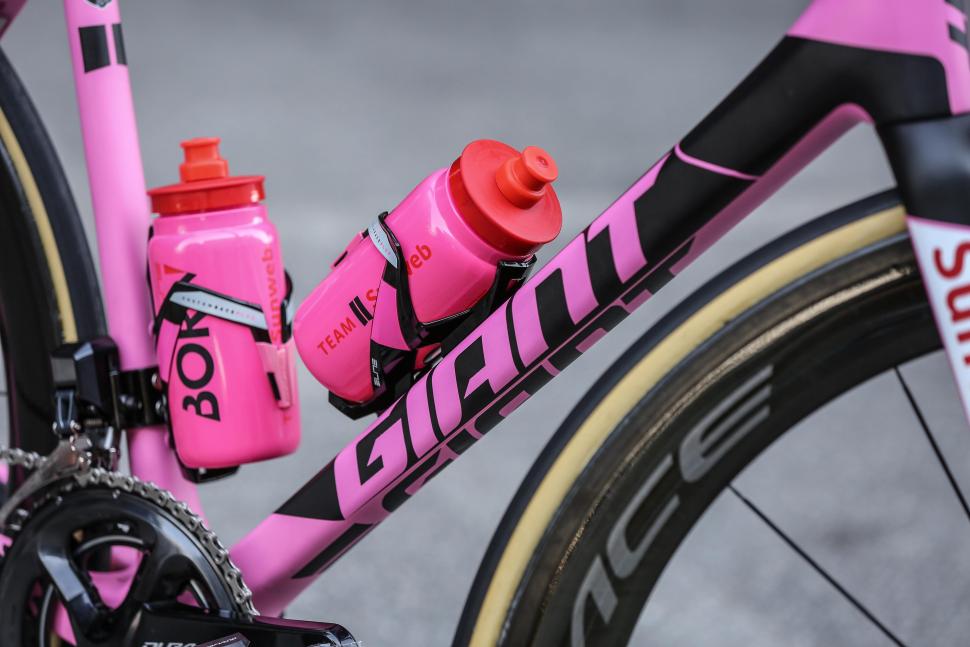 The build differs slightly from his race bike, which used a mixture of new Dura-Ace 9100 and previous generation 9000 parts. This special bike was completely outfitted with the brand new Shimano Dura-Ace R9150 Di2 groupset and the latest Dura-Ace C60 carbon tubular wheels. 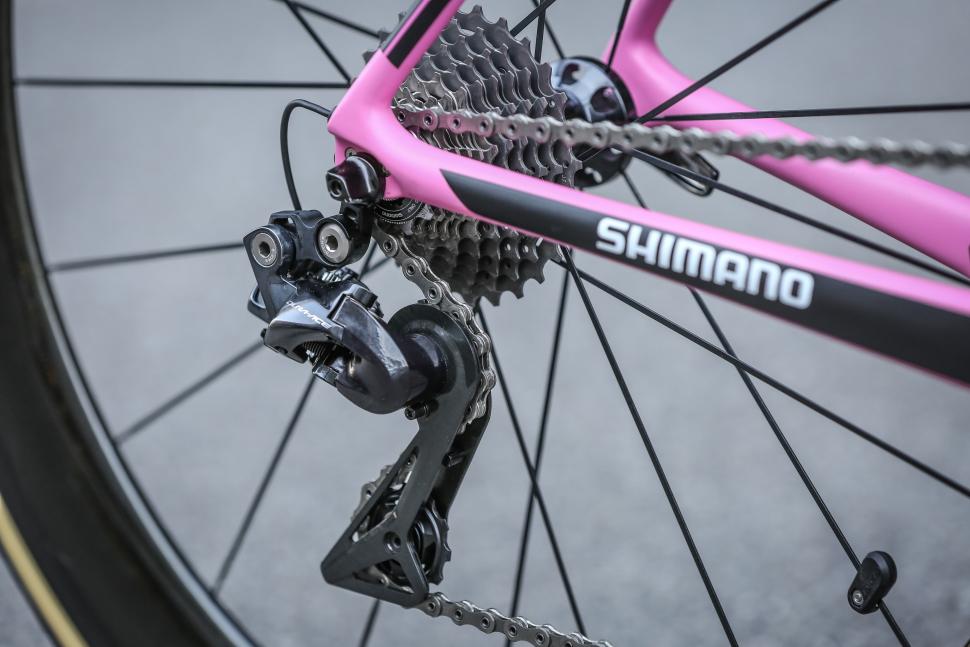 The rest of the build kit is the same, Elite bottle cages, a pink Giant Contact SLR saddle and bar tape.

Dumoulin also used a Pioneer power meter during the race, which doesn’t feature on the new bike, probably because the company hasn’t yet made a version for Shimano’s new Dura-Ace 9100 crankset.