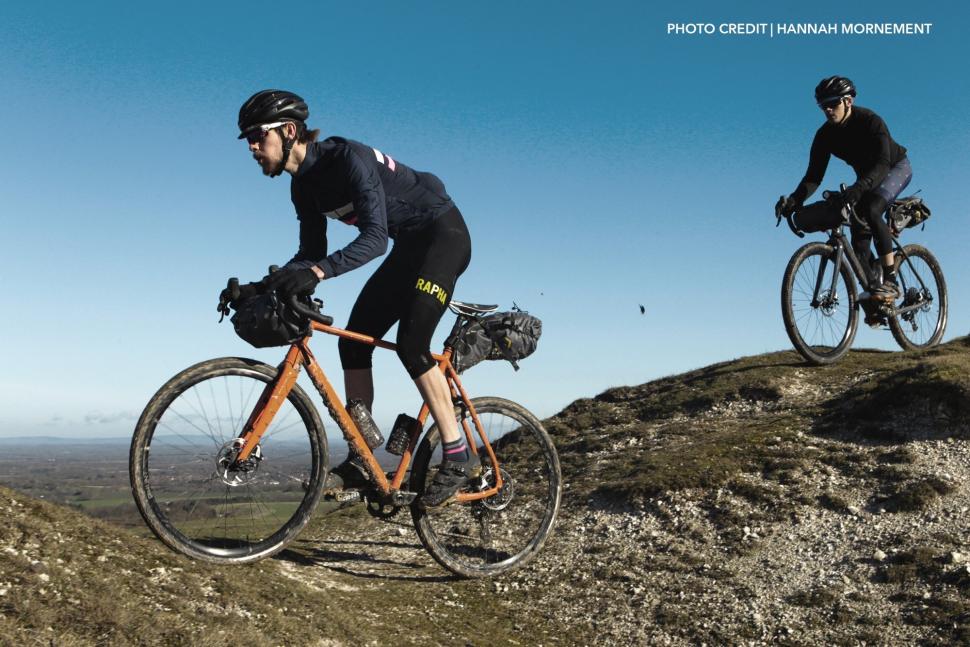 Former Hunt employee Josh Ibbett, winner of the 2015 Transcontinental Race, has been involved in the development of the SuperDura Dynamo Disc wheelset. Josh is just about to set off on a year-long round the world ride. 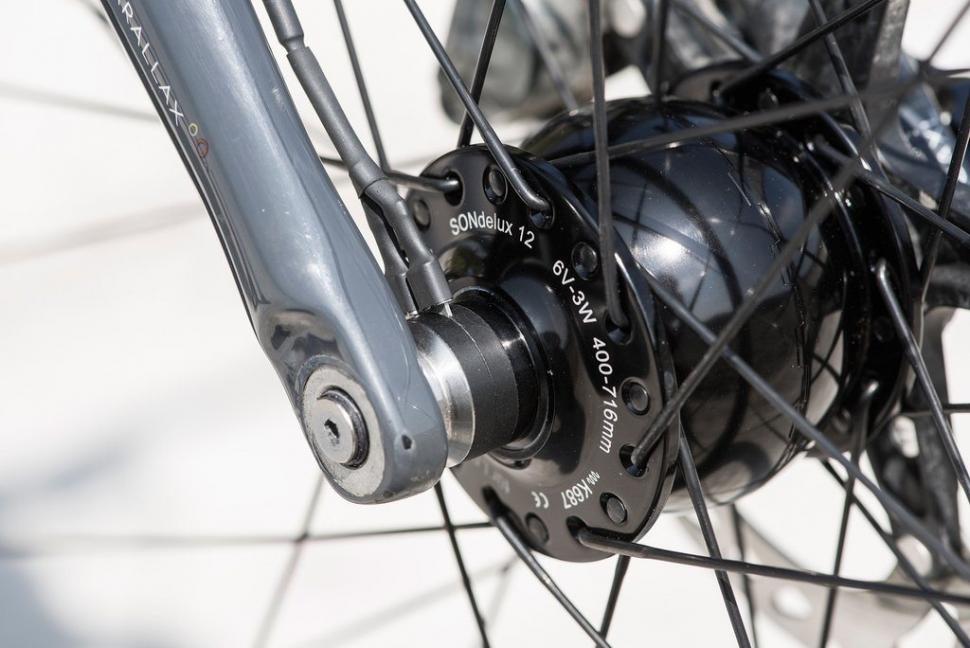 “One thing that’s always been coming up [during my time at Hunt] is a dynamo wheelset and a really strong wheelset that can be used for long distance events, used with a bike with more luggage, also for things such as commuting and everyday riding.

“The dynamo wheelset means I’m not relying on any power sources. I can also charge my phone and any gadgets I might need to, so basically I’m pretty self sufficient if I go out to somewhere like Patagonia or Canada where the gap between towns is very big.” 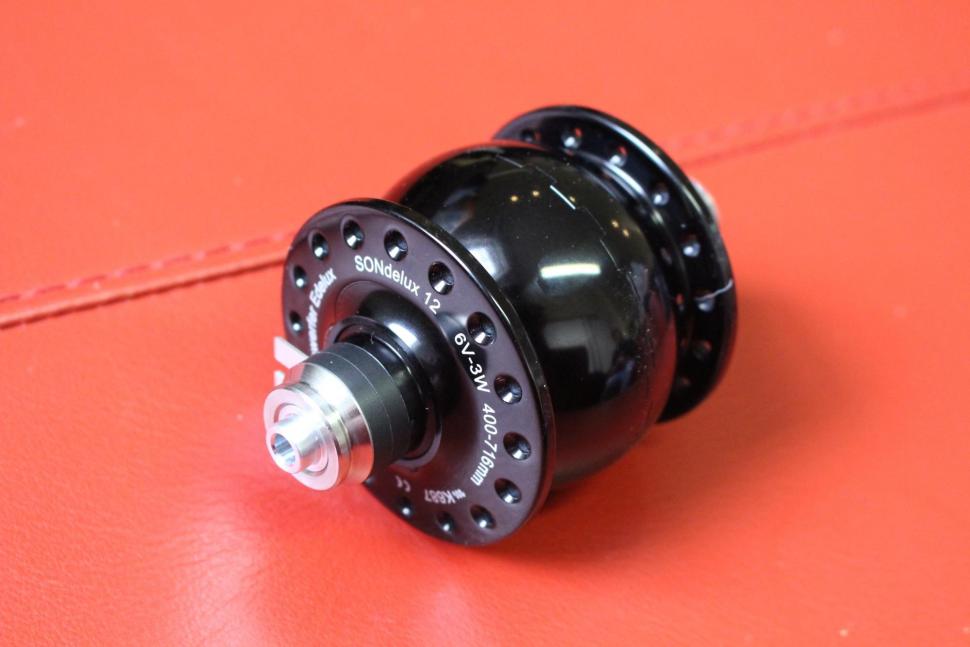 The heart of the wheelset is the well-respected SONdelux dynamo front hub. The efficiency of the hub is said to be 65% with a connected light turned on; a 3 watt/ 6 volt dynamo output (11-12mph) takes 4.6 watts of your rolling power. 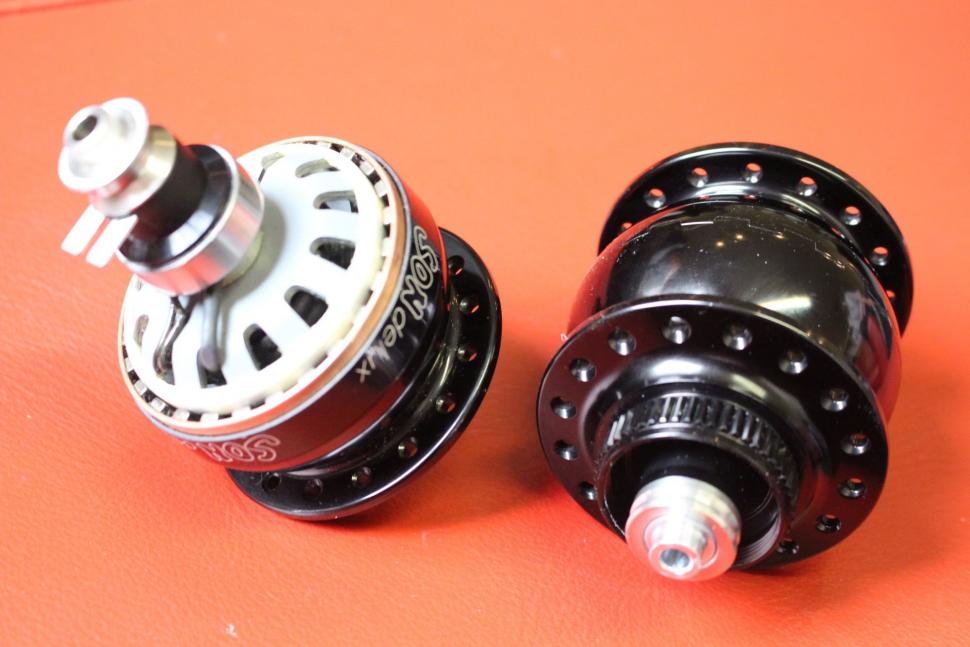 If you unplug your light, the SONdelux is said to add 0.4 watt extra rolling resistance compared to a high quality non-dynamo hub. 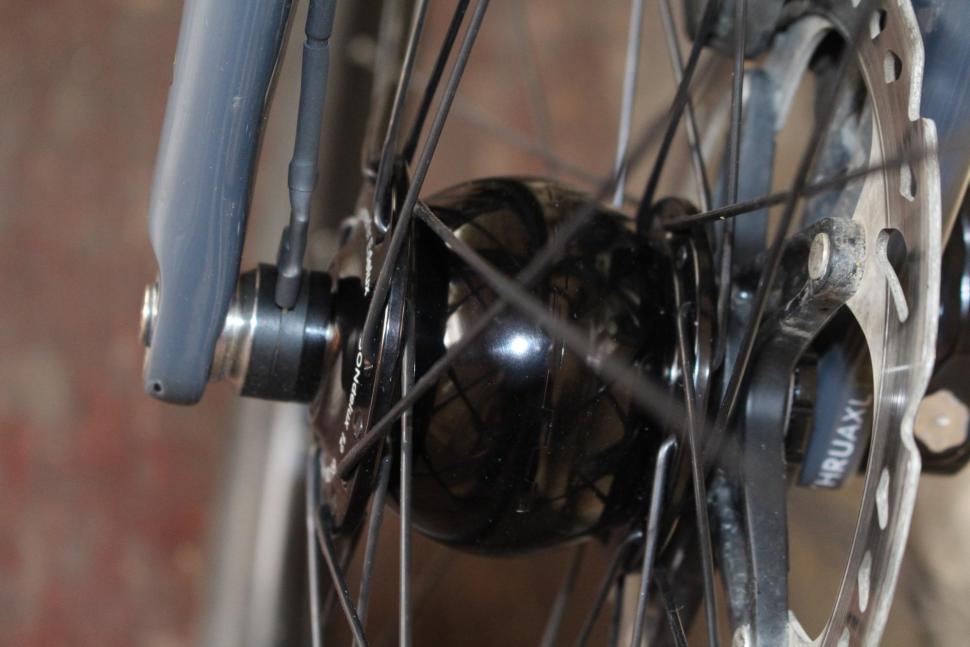 Swapping bearings in a dynamo wheel is more difficult than in a standard wheel so SON hubs feature a ‘pressure compensation system’ that’s designed to equalise the internal and external pressures in order to stop moisture getting sucked into the bearings and affecting their durability (it comprises a hollow coil inside the hub that’s linked to an airflow port on the axle cap). The bearings are said to have a 50,000km-100,000km lifespan and they come with a five year warranty. 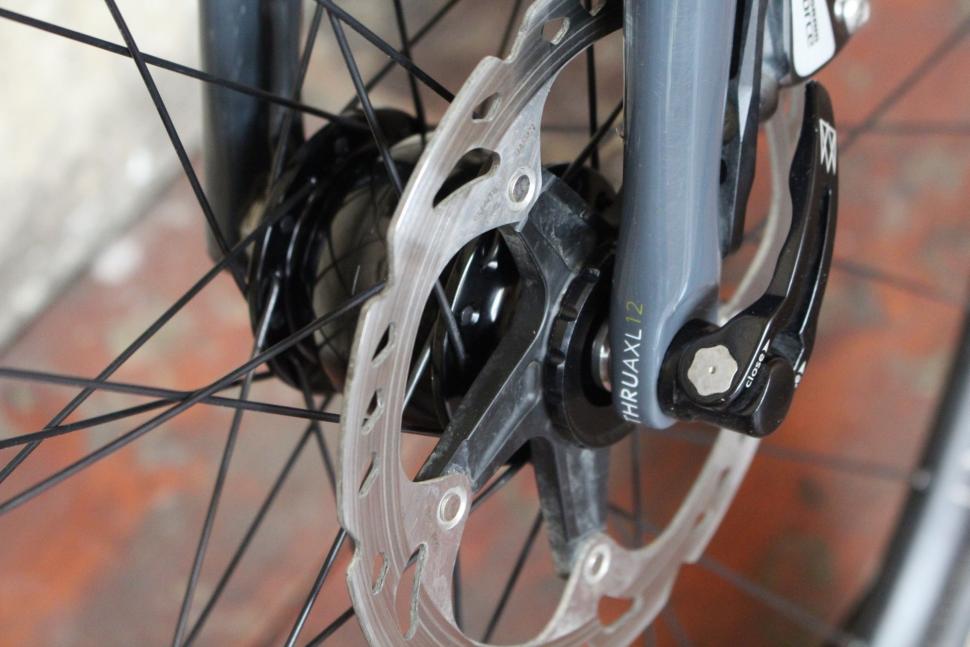 Hunt uses its existing 4Season Disc hub at the rear.

The asymmetric aluminium rims are the same as those that feature on Hunt’s Gravel Disc wheels. They’re 25mm wide (external width; 20mm internal width), designed to support tyres up to 50mm, and 24mm deep. 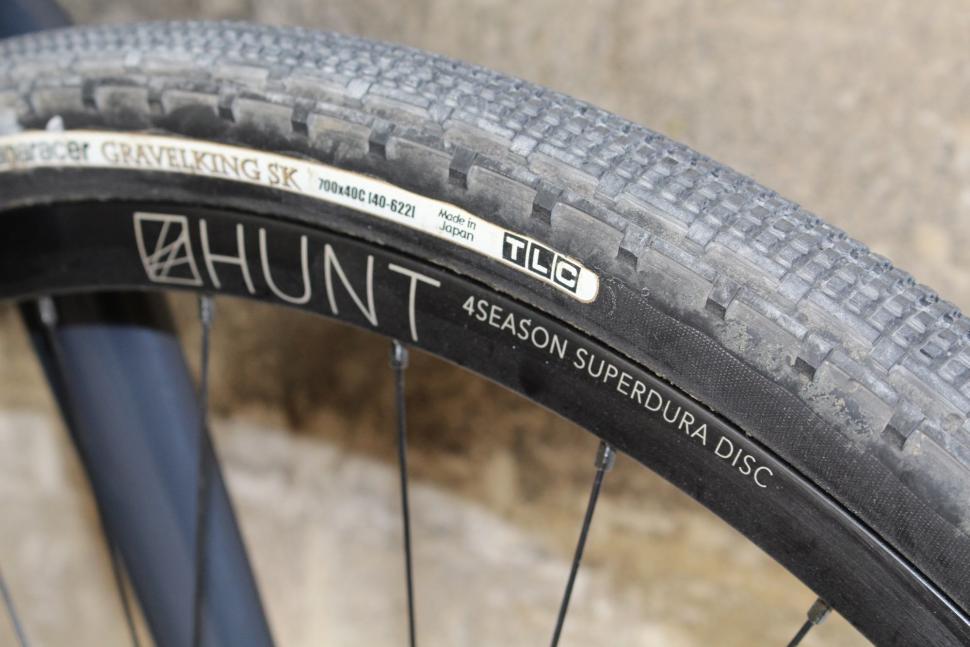 You get 32 triple butted Pillar PSR spokes (laced three-cross) at both the front and rear. Hunt surveyed 600 riders to find out what features they’d like in a dynamo wheel, and concluded that the slight weight penalty of going to 32 spokes (as opposed to 28) was worth it for the extra strength and security, especially for those travelling to remote areas. 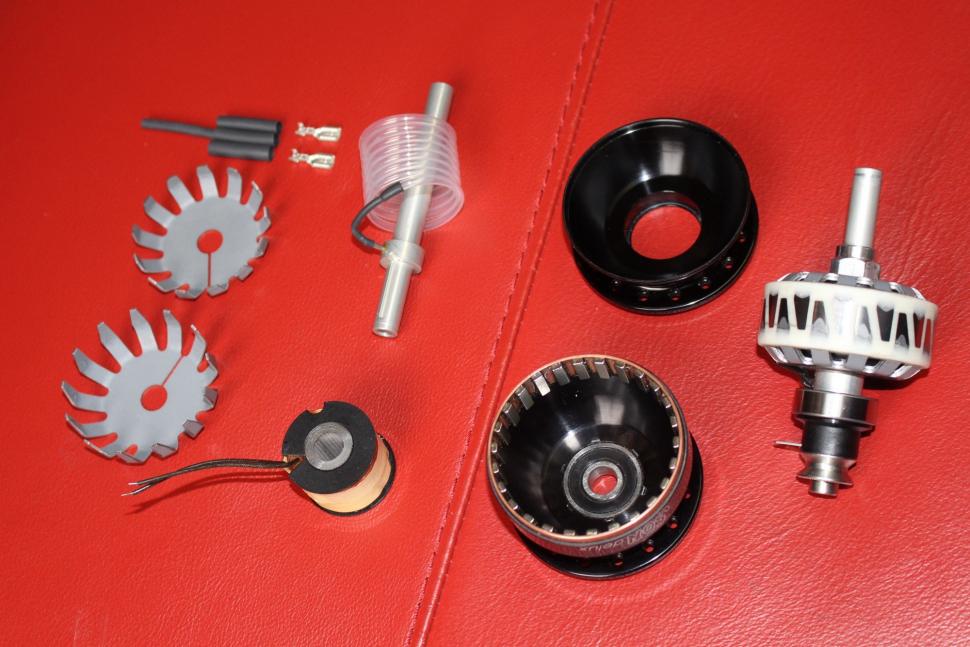 These wheels can be setup for use with either a standard quick-release or a 12mm thru-axle, but they can’t be used with 15mm axles (and unless trends within the bike industry alter, that’s never likely to become an option). 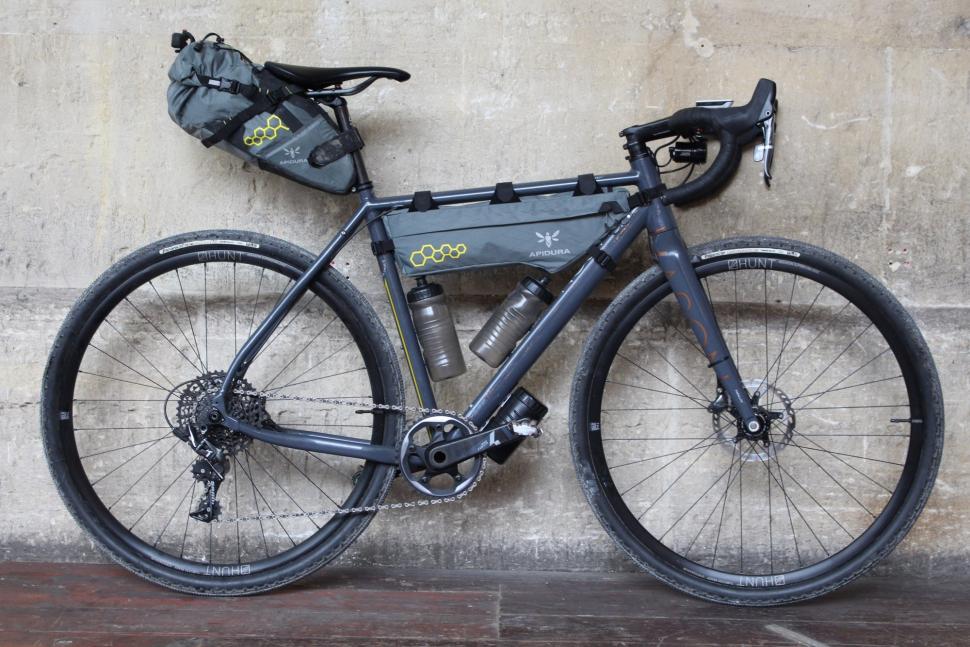 The Hunt SuperDura Dynamo Disc wheelset has a claimed weight of 1,939g (1,029g front, 910g rear; and, of course, you can factor in that a dynamo light like an Exposure Revo doesn’t weigh as much as an equivalent battery light).

The wheelset will be available from June at £499. You can buy the front wheel alone for £329. For more info go to www.huntbikewheels.com