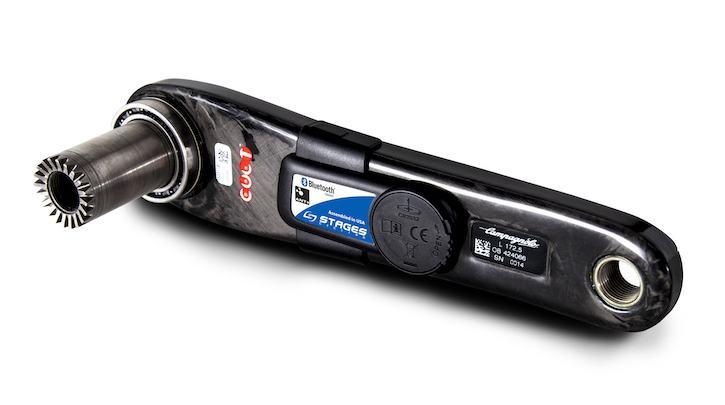 The cause for the delay in rolling out a Campagnolo power meter was apparently down to the complex carbon fibre layup of the Italian manufacturers crank arm, which required Stages creating a completely new power meter to make it all work. The actual Stages power meter pod looks the same as a regular version, but it’s attached to the crank arm in a different way with two small wings wrapped around the arm. It’s not quite as elegant or simple a solution as Stages other power meters, but it’s a small price to pay.

Stages and Campagnolo worked closely together to bring the product to market, and the new power meter will definitely appeal to the many Campag fans out there. Campagnolo doesn’t (yet) make its own power meter so it’s SRM or other crank-based options only, which are expensive compared to Stages which only requires the left-hand crank arm to purchased.