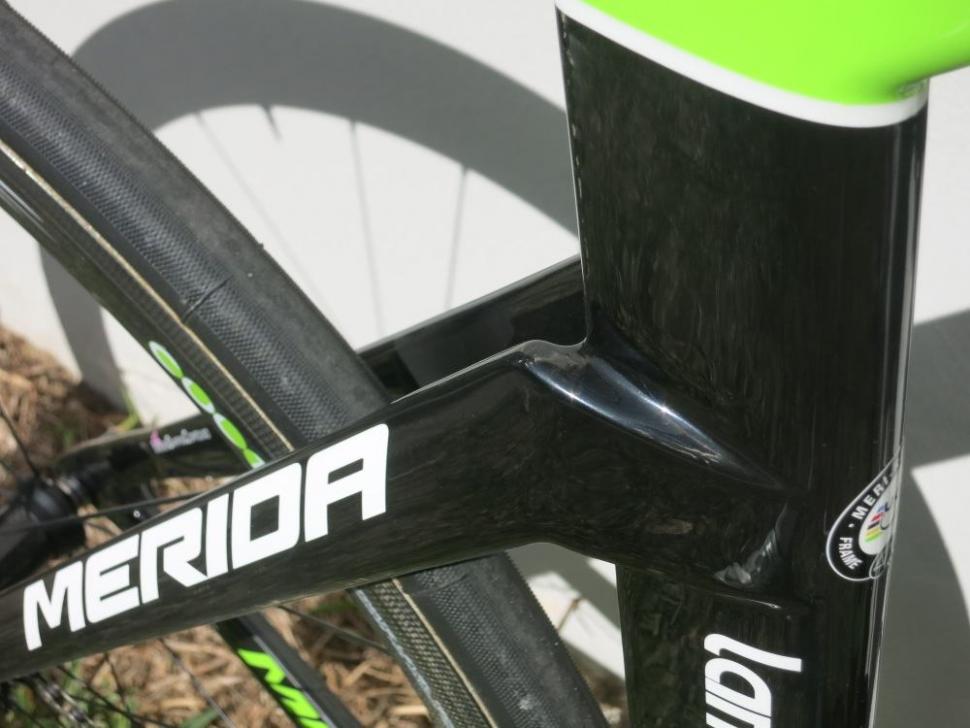 New Merida Reacto on the way

Merida is set to launch new versions of its Reacto aero road bike in both rim brake and disc brake versions (but we don't have photographs yet, unfortunately).

Although the brand has yet to announce anything, four new Reacto models have recently been added to the UCI’s List of Approved Models of Frames and Forks.

The big news is the addition of disc brakes to the Reacto. There is currently no disc brake model in the lineup. As for the distinction between CF2 and CF4, we can look to Merida’s Scultura range to find out what that means: it has had CF2 and CF4 bikes there for the past year.

The ‘CF’ stands for ‘carbon fibre’. The CF4 Scultura has a lighter frame (a claimed 900g) than the CF2 version and it’s built to a race geometry. The CF2 Scultura (claimed to weigh just below 1,000g) is built to a geometry that’s a little more relaxed although still performance orientated. It’ll presumably be similar with the Reactos.

Check out our review of the Merida Scultura Disc Team.

So what can we expect? Well, for a start it’s worth pointing out that we think the current Reacto is an excellent bike. When we reviewed the Reacto 5000 we called it “an aero road bike that combines plenty of speed with agile handling and a respectable amount of comfort”.

Check out our review of the current Merida Reacto 5000.

Many other aero road bikes have a front brake that’s tucked away behind the fork or shielded from the airflow in some way, whereas the existing Reacto has a brake that’s stuck out front in traditional manner. At the time of the launch of that bike, Merida said that the difference is minimal in terms of aerodynamics, but maybe the brand will have a new approach with the next incarnation.

It’s a fairly safe bet that the Reacto 3s will be lighter than the current crop because… well, this is the bike industry and progress is often measured in grams.

Interestingly, when Merida last updated the Reacto in 2014, we got the impression that the brand was pinning its future road bike plans on this platform rather than on the lightweight Scultura (which has since been updated with aero features).

Merida said that it had employed some outside scientific consultants to analyse the stages of the previous year’s Tour de France, and they concluded that there was not one stage where the lightweight Scultura SL Team offered an advantage over the more aero Reacto.

It’ll be interesting to see how Merida reckons the new generation Reacto compares to the current Scultura.

As far as the disc brakes go, we’re guessing that both the CF2 and CF4 versions of the new Reacto will borrow the  Scultura Disc’s Disccooler. “While front brakes are always well-cooled thanks to constantly being exposed to the oncoming airstream, the performance of rear brakes benefits from active heat management,” said Merida when it first revealed the design.

“In this position, [the Disccooler] effectively dissipates the uprising heat through CNC-milled cooling fins.”

And what about some means of hiding the disc brakes from the airflow to reduce drag? Many people question the logic of a disc-equipped aero road bike because of the additional turbulence caused by the brakes. Perhaps Merida will have come up with a solution there. Pure speculation but if Merida as a brand believes so strongly in aerodynamics over saving weight (see above), it would make a lot of sense. The Scultura Disc CF2 and CF4 models feature 12mm thru-axles (100 mm front, 142 mm rear) with 160mm braking discs, and we imagine that the Reacto Disc bikes will be the same.

We’ve not seen any pictures of the new Reactos yet but we’ll keep our eyes on the bikes being ridden by the Bahrain Merida pro team over the next few weeks. 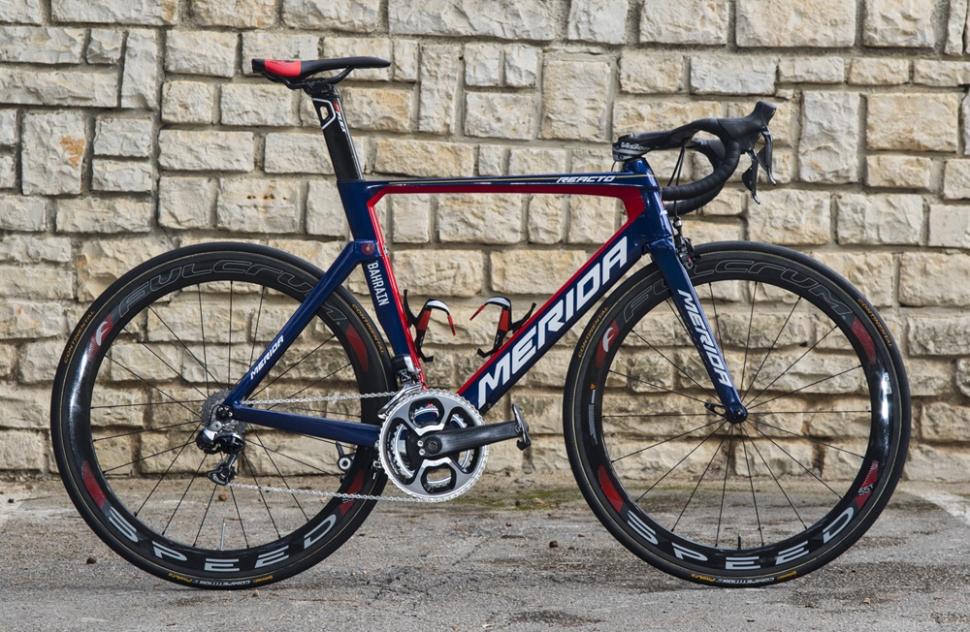 Here are the bikes currently being raced by Bahrain Merida. The new Merida Reacto CF4 bikes will presumably be added to the list when they become available.