Open Cycles has just unveiled a new version of its U.P. adventure/gravel bike called the U.P.P.E.R., which gets a new U-Turn fork with 12mm thru-axle and switches to the flat mount disc brake standard.

The new frameset shares the same key details as the U.P., with massive tyre clearance, identical geometry and the same tube profiles. But underneath the new matte black colour is an “extremely complex [carbon] lay-up” which has resulted in a 230g weight saving, 870g compared to 1,100g for the regular U.P. in a size medium. 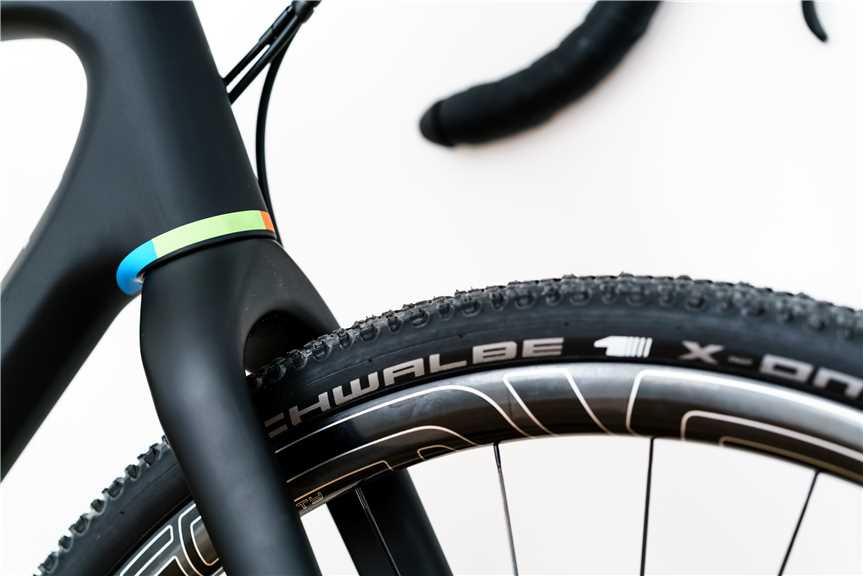 The new U-Turn fork that Open has developed weighs a claimed 375g and as well as using the flat mount standard, also switches to a 12mm thru-axle from the previously 15mm thru-axle on the 3T Luteus II fork that shipped with the U.P. To save even more weight Open uses a Carbon-Ti custom axle.

The U.P. has been one of the most interesting developments in the growing adventure and gravel bike category since it launched two years ago, developed by ex-Cervelo founder Gerard Vroomen and business partner Andy Kessler. We’ve actually got an Open U.P. on test at the moment and you can read about it here.

The key change on the new U.P.P.E.R. is the switch from post mount to the new flat mount disc brake standard, first introduced and championed by Shimano a few years ago.

“We don't like how the bike industry keeps “inventing” new standards, so we always investigate if they are an improvement before we use them,” says Open on the release of the new U.P.P.E.R. Is flat mount a good thing? The main advantage of flat mount over post mount really comes down to the aesthetics; they’re more compact and sit cleanly on the frame/fork. They’re also lighter, and Shimano is only supporting flat mount with its latest road disc brake groupsets, including the latest Dura-Ace. While SRAM still plans to offer both post and flat mount, its flat mount brakes are lighter.

Open admits the main argument for flat mount is that they look better but cites a significant drawback is the requirement to use an adapter on the fork which it reckons adds weight and reduces brake efficiency. To get around this, its new fork accepts the flat mount caliper with no adapters, it bolts directly to the fork.

“We designed the U-turn, a new fork that accepts flat-mount calipers without the need for that silly adapter,” says Open. “So you can get your Shimano or SRAM flat-mount caliper, remove the standard adapter it comes with, and bolt it directly onto our fork.” That does mean there are exposed bolt heads on the front of the fork because flat mount works by bolt bolted directly to the frame/adapter with the bolts threading into the bottom of the caliper. It claims it’s a lighter and stiffer solution than using the adapter.

And whereas the original U.P. was designed to accept 160mm rotors front and rear with no adapters, the frame now accepts the smaller 140mm rotor size, with an adapter required to upsize to 160mm. The U-Turn fork can only be used with 160mm rotors. 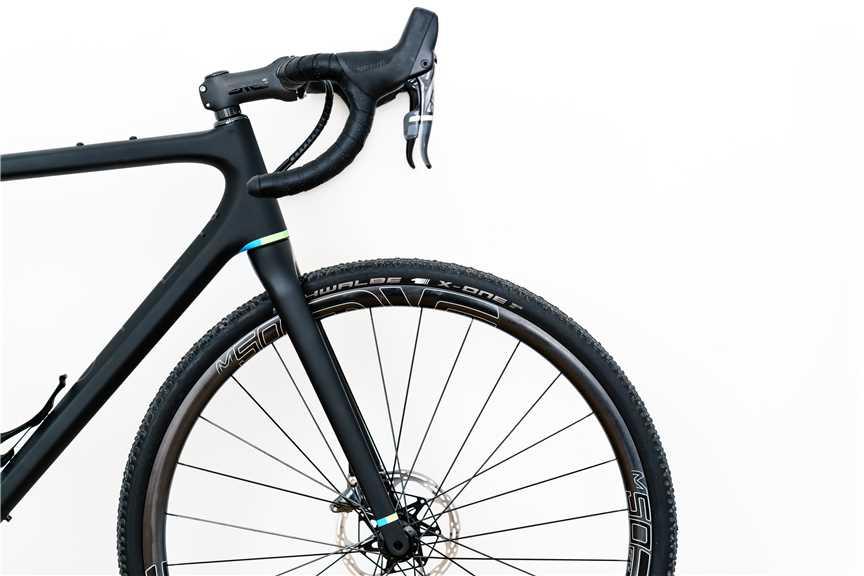 Aside from the change of disc mount mounting standard and a new fork, Open has revamped the carbon fibre layup and shed 230g from the weight, bring a size medium down from 1,100g to 830g. That’s highly impressive for a bike designed for gravel and adventure riding and is close to some high-end road race frames.