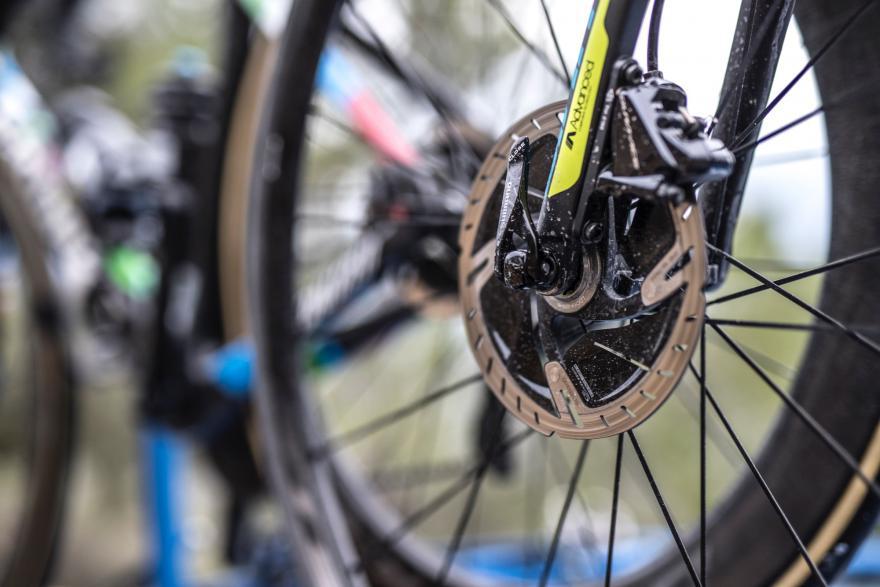 Today the CPA (Cyclistes Professionels Associés), a union for professional cyclists, says that the current move to introduce disc brakes doesn’t adequately guarantee the safety conditions of the riders.

The CPA says in a press release issued today that it submitted three safety requests to the UCI Equipment Commission, but it’s not happy with the outcome. The three safety requests are rounded disc rotors, safety guards and that all riders should use disc brakes to allow the same braking performance.

"At this point, there is a reason to believe that it is not yet time to start these tests," says Gianni Bugno. "As we have said several times, we are not against the technological innovation, but we are worried above all by the safety of the riders on the road.”

Of those three safety requests, rounded rotors are already being introduced, but so far we’ve not seen any viable safety guards been put forward by Shimano or SRAM, the two component manufacturers that currently offer disc brakes.

Most other teams have been very quiet on the subject of introducing disc brakes. We’re a long way from the entire peloton using discs, not to mention the fact that Campagnolo hasn’t even released its disc brakes yet.

In a letter sent to the UCI Equipment Commission, CPA President Gianni Bugno also “expresses his concern about the fact that some riders are already using disc brakes in racing while the Equipment Commission is still working to improve the safety and performance of this equipment.”

“He called for a better clearness in the regulations concerning the use of the disc brakes, with the aim of reassuring the riders on the proper management of this project,” added the CPA.  "We believe that the riders will finally agree and that at the end they will be happy to use these new technologies in the race, but only once the preventive safety measures that have been requested will be carried out," added Gianni Bugno.

"We also asked that all the riders will be able to use a bicycle with disc brakes as soon as possible for the training. It would be ridiculous to test such equipment for the first time in the race. This first step seems to me logical and indisputable in the process if we want to put this new system in place in our sport.”

The UCI restarted its disc brake trial this season but it has not provided any ruling on what disc brake standards should be adopted and whether an entire team or individual rider can use discs. Clearly, the UCI has left the decision up to the team, it’s not exactly forcing discs through on the teams, but does the organisation need to show better leadership in this tricky and controversial debate.