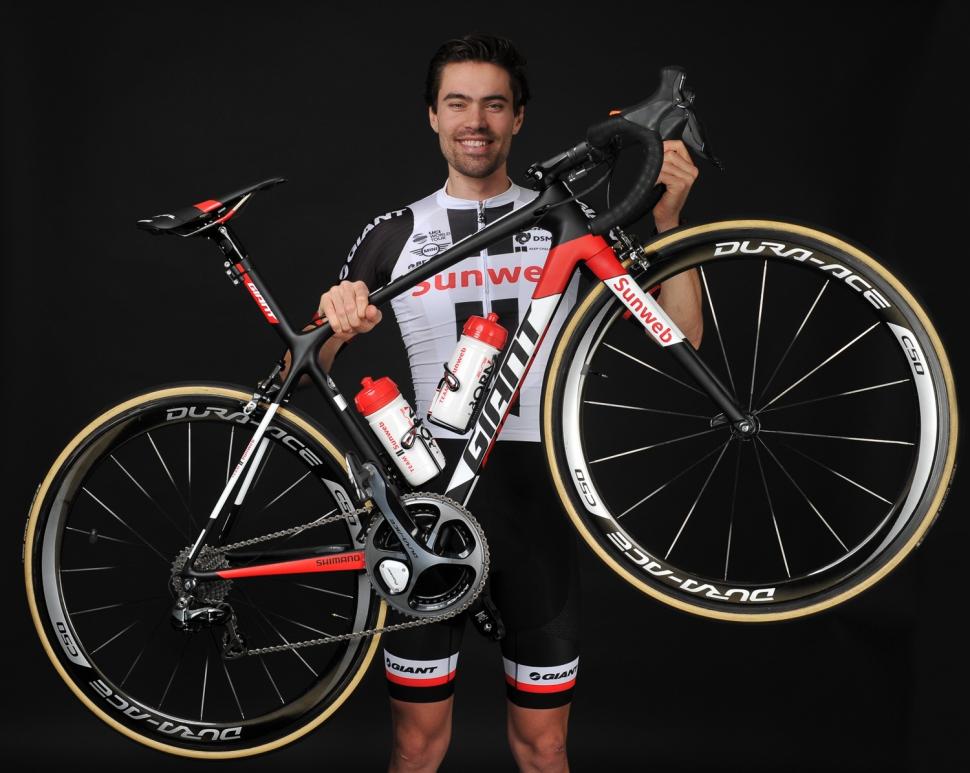 It’s that time of year again when the WorldTour teams starting unveiling the bikes they’ll be competing aboard this seasons, and this week Orica-Scott and Team Sunweb (formerly Giant-Alpecin) have unveiled their 2017 race bikes.

Scott has stepped up as title sponsor of the team known as Orica-GreenEdge last year. Other than that big change, it’s pretty much business as usual when it comes to the bikes they’ll be racing. The bikes have been given a fresh new lick of paint. Out goes the green over black and in is this much brighter design. Should help the bikes stand out a bit in the peloton. The bike company hasn’t launched any significant updates to the Foil or Addict, the two main race bikes, for a while, so they carry over into 2017. For time trials they’ll have the Plasma. The team is still using the same equipment suppliers. That means the bikes will be equipped with the latest Shimano Dura-Ace Di2 9150 electronic groupset, which we fully expect most of the Shimano sponsored teams to be using in the 2017 season after it was launched last summer. A few years ago Scott bought component manufacturer Syncros, so it’ll be a full spread of Syncros branded equipment when it comes to the saddle, seatpost, handlebar and stem. On the Foil, they’ll use the one-piece integrated handlebar and stem.

They’ll also use Shimano wheels with Continental tyres. Although the pictured bike clearly has clincher wheels and tyres, the team will use tubulars for racing.

Giant-Alpecin has become Team Sunweb in 2017, with shampoo brand Alpecin moving to the Katusha team. Sunweb, in case you’re wondering, is a European holiday company.

Apart from the change in title sponsor, there’s little change to the team kit. The same black and white colour theme with central stripes continues from last season.

The Giant bikes, including the TCR Advanced SL pictured above (five points if you can name the pro rider), get a slight tweak to the paint job. It’s not the most radical redesign. The colour panel theme remains but with the blue gone and replaced by white and red panels on the down tube, fork and rear stays.

The team will also have the Propel Advanced SL aero race bike, the Trinity Advanced SL for time trials and the Giant Defy Advanced SL for cobbled classics. Whether the team switches to the disc-equipped Defy which has been the only commercially available model for several years or continues to use old Defy bikes, remains to be seen.

As in 2016, the 2017 team bikes will be built up with Shimano Dura-Ace Di2 groupsets, though the team clearly hasn’t had its shipment of new Di2 yet, so it’s older 9070 equipment. It’s still using Pioneer power meters. The team bikes have been presented with Dura-Ace C50 wheels with Vittoria tyres. It appears the team will continue to use PRO finishing kit as well, including handlebars, stems and saddles.

In a statement Giant says the development team will have a full selection of Giant WheelSystems and Gavia SLR Tubeless Ready tires to race on throughout the season, so could we see the WorldTour team move onto Giant’s own wheels in the future? That depends on the deal the team has in place with Shimano, and we’ve seen the company pushing for teams to use groupsets, wheels and finishing kit.

Team manager Iwan Spekenbrink said: We are proud to present our new kit for 2017 along with our new title sponsor, Sunweb. We're pleased to have retained our two stripe design as it represents our deeply embedded "Keep Challenging" approach.