Peter Sagan might have transferred from the now defunct Tinkoff team to Bora-Hansgrohe this year, but he’ll still be riding a Specialized: the US company has replaced previous bike supplier Argon 18. 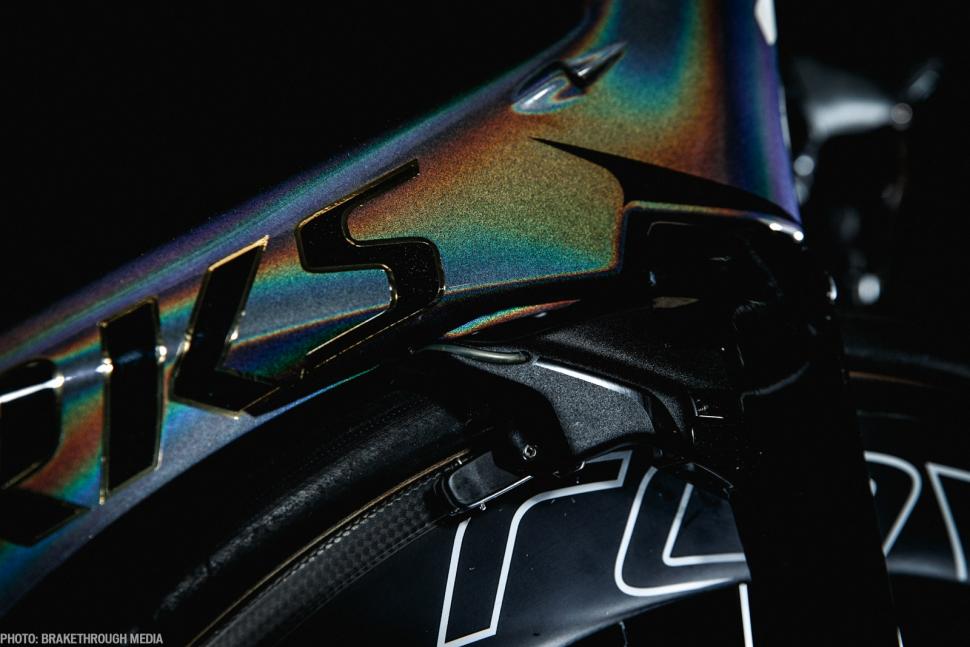 Having successfully defended his World Champion jersey, Specialized has one again produced a custom painted bike for Sagan. There’s a similarity to his previous personalised bike with a sparkly appearance. We don’t think the photos do it justice. 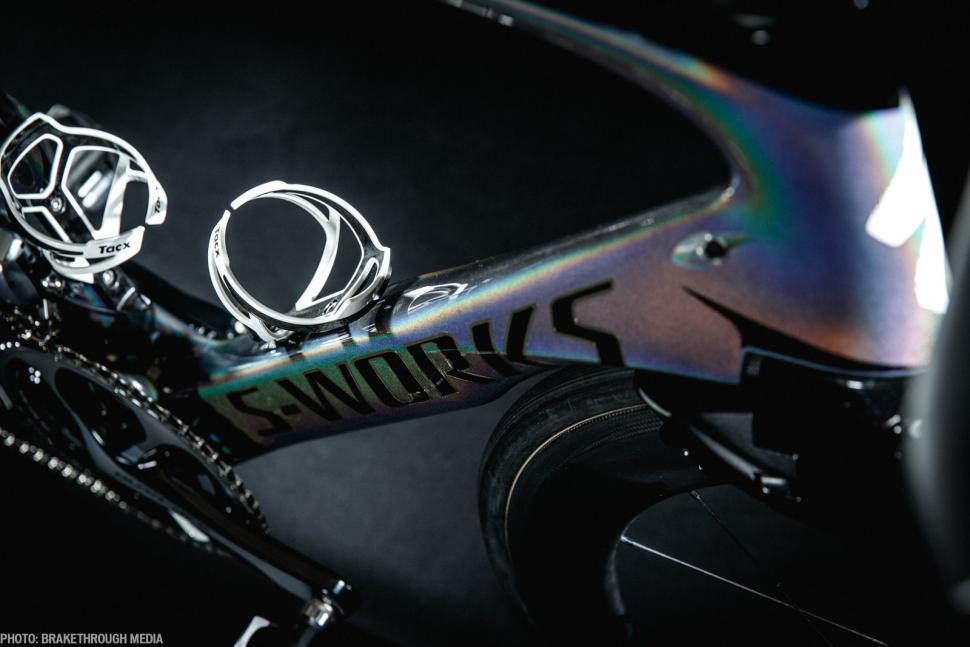 We’ll let Ron Jones, the lead road designer at Specialized, pick up the story about the paint job.

“I wanted to create a more mature looking bike to match Sagan’s growth as an athlete and double world champion. I did some research on some new prismatic paints and found a product that did exactly what I was looking for. I wanted to have a ton of depth to the paint, with obvious references to the rainbow jersey but without explicitly adding stripes or patterns.The rainbow is reflected on the whole frame in a non-static way,” he explains.

Due to apparent weight concerns, Peter Sagan raced last year’s Tour de France aboard a matte black Venge, saving some 100g over the sparkly custom painted bike he had been racing earlier in 2016 to celebrate his World Champion jersey. We're not sure how much this new paint job weighs, but that's probably the least of his concerns at this point in the season. 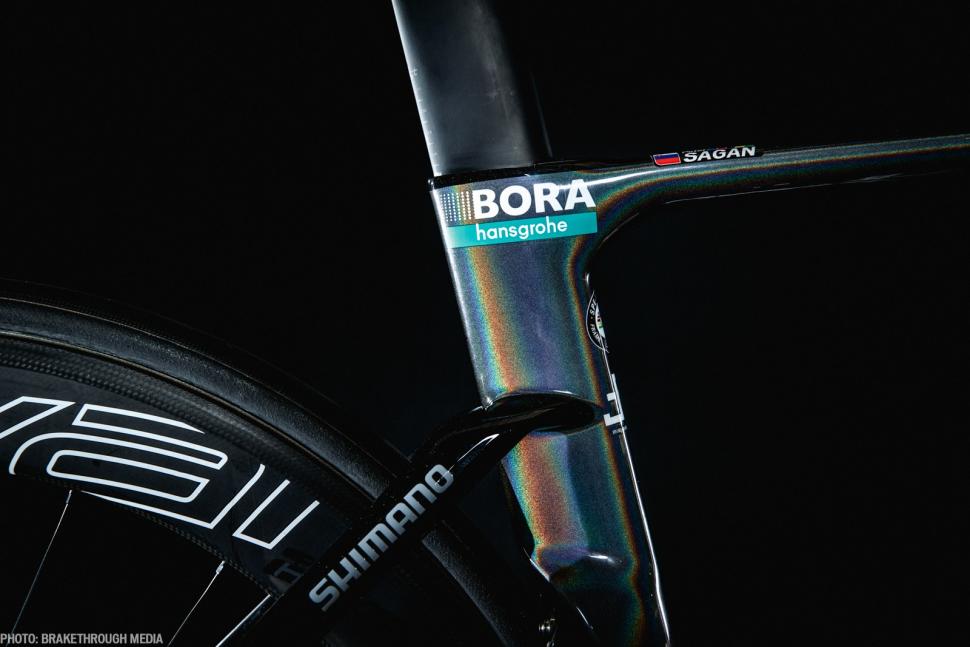 Other than the new paint job, it’s business as normal with regard to the equipment Sagan will use, which includes full Shimano Dura-Ace Di2 groupset with Roval CLX60 wheels and Specialized Turbo tyres. He’s continuing to use the Specialized aero stem and handlebar that is a key part of the Venge’s aerodynamics. 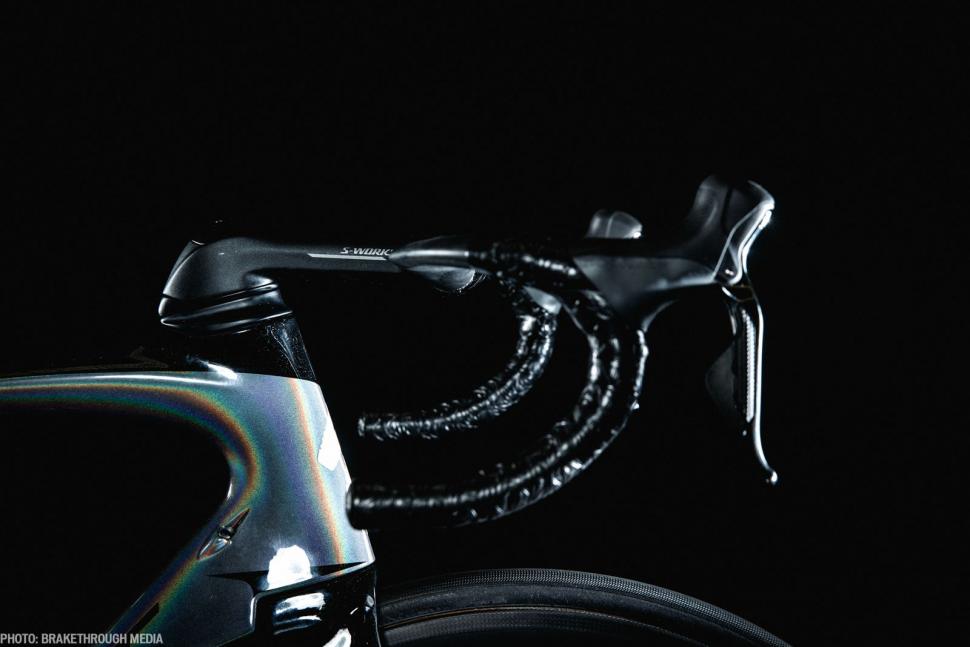 Will we see Peter Sagan riding disc brakes this season? The Venge is now available with disc brakes and it’s a bike that really impressed us in our recent review; Sagan's fellow pro cyclist Tom Boonen has been very enthusiastic about training aboard the Venge Disc bike through the winter. 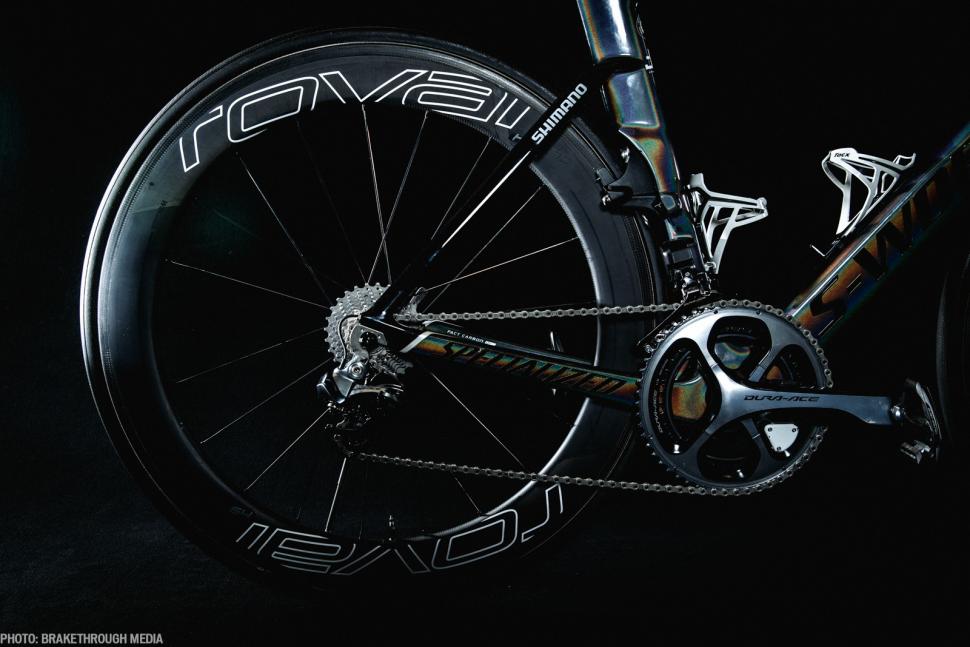 - Why your next bike should be a road race bike