Rob English has been consistently making some of the finest steel road bikes over the years. We’ve highlighted a fair few of them, including his NAHBS winners, as they have always been bikes that have stood out for some reason or another. Whether it was the 5.8kg superbike or the Naked time trial bike, they’ve always turned heads. His Project Right bikes are something else, though, because half the frame and fork is missing!

The idea for producing a single-side frame and fork came about in 2012 at the request of a customer who asked Rob to produce something a little bit different. And different the bike certainly is. We can't think of many bikes that only have half a fork and no seatstays to chainstays on the non-drive side. Well, apart from the famous Lotus 108. 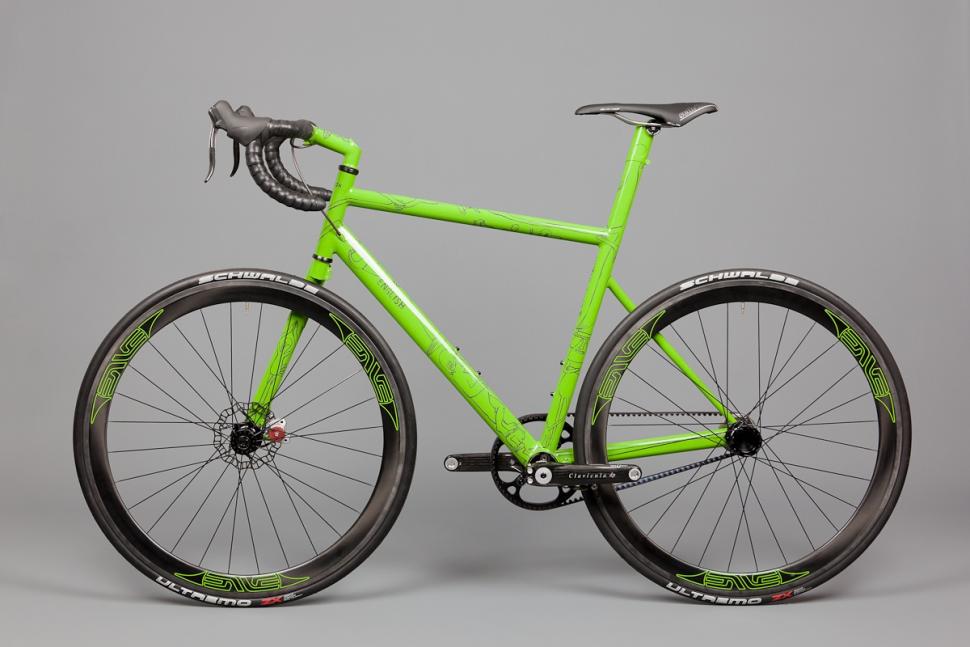 To make it possible, Rob first modelled the frame using 3D CAD computer software to ensure it was possible to build a frame with several key parts of it missing. He tells us that the high stiffness of steel means that increasing the tube diameters actually made it fairly straightforward to produce a single-sided bike, but he still had to make some changes compared to a regular frame to make it all work.

He built the frame and fork using oversized tubing sleeved at the base to add extra stiffness and strength, with a triangular profile for the chainstay where it meets the bottom bracket, providing additional stiffness. Because the chainstay sits between the drivetrain and rear wheel, Rob tells us “the drive has hardly any leverage to exert lateral forces onto the axle.” 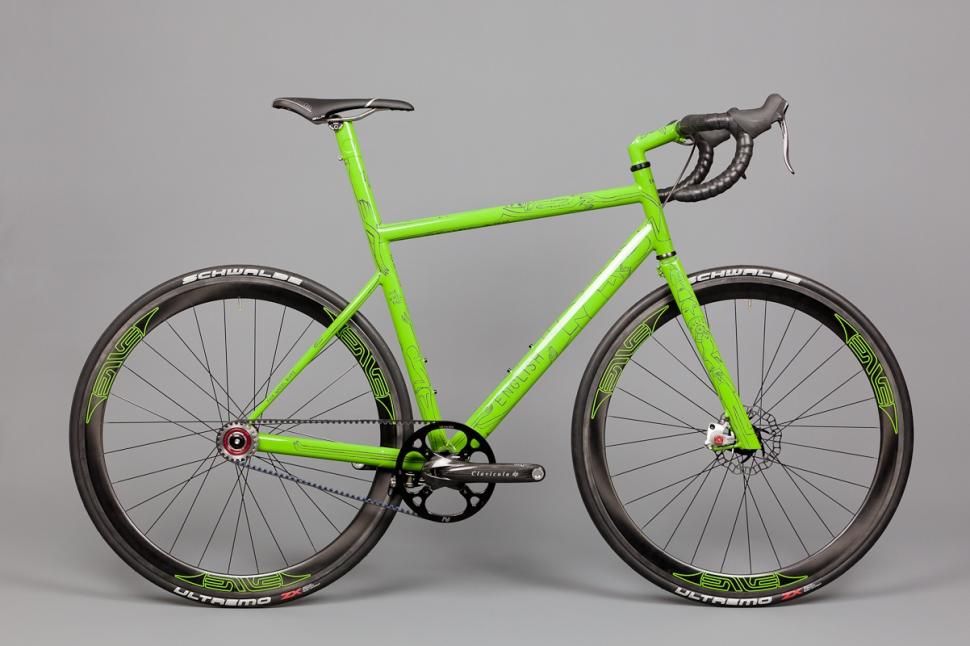 The rear hub is a custom design with a one-piece axle and shell. “The bearings are press-fitted into the tube at the end of the chainstay – the axle slides through this, then the freewheel carrier is  splined onto the end of the axle with a cap bolts in place to hold everything together,” explains Rob. The bike pictured is a singlespeed with a belt drive, and the design allows easy belt installation.

Compared to the lengths he went to in developing the frame, he says the fork was much easier. One-sided forks are nothing new, Cannondale has been pushing its Lefty, both suspension and rigid, forks for many years now. Rob has used a Lefty-style aluminium axle which press fits straight into a socket at the base of the leg and the fork crown clamps onto a one-piece stem and steerer tube. 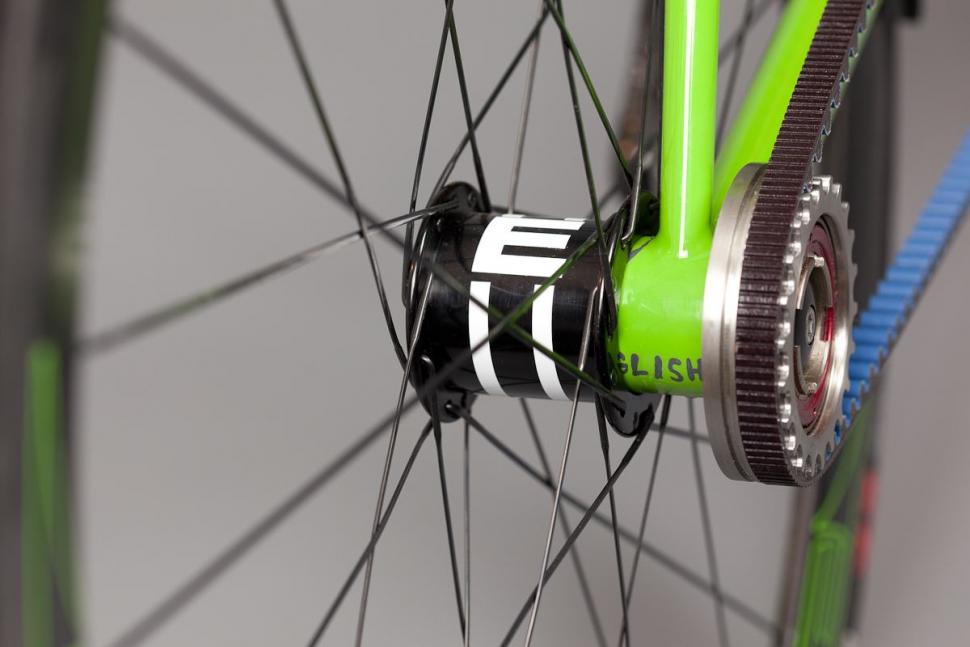 You can see more details on that original bike right here.

Any concerns that the bike will be all floppy and flexy are quickly dispelled by Rob. “I haven't actually measured any deflection to give you stiffness data; I can just report that there is no flex when riding,” he tells us.

He adds: “stub axles are very common on vehicles - when was the last time you saw a car with the hub supported on both sides? I think we are just not used to seeing them on bicycles, although it has been done before, notably, on many of Mike Burrows designs (from the original Lotus to the Giant Halfway). 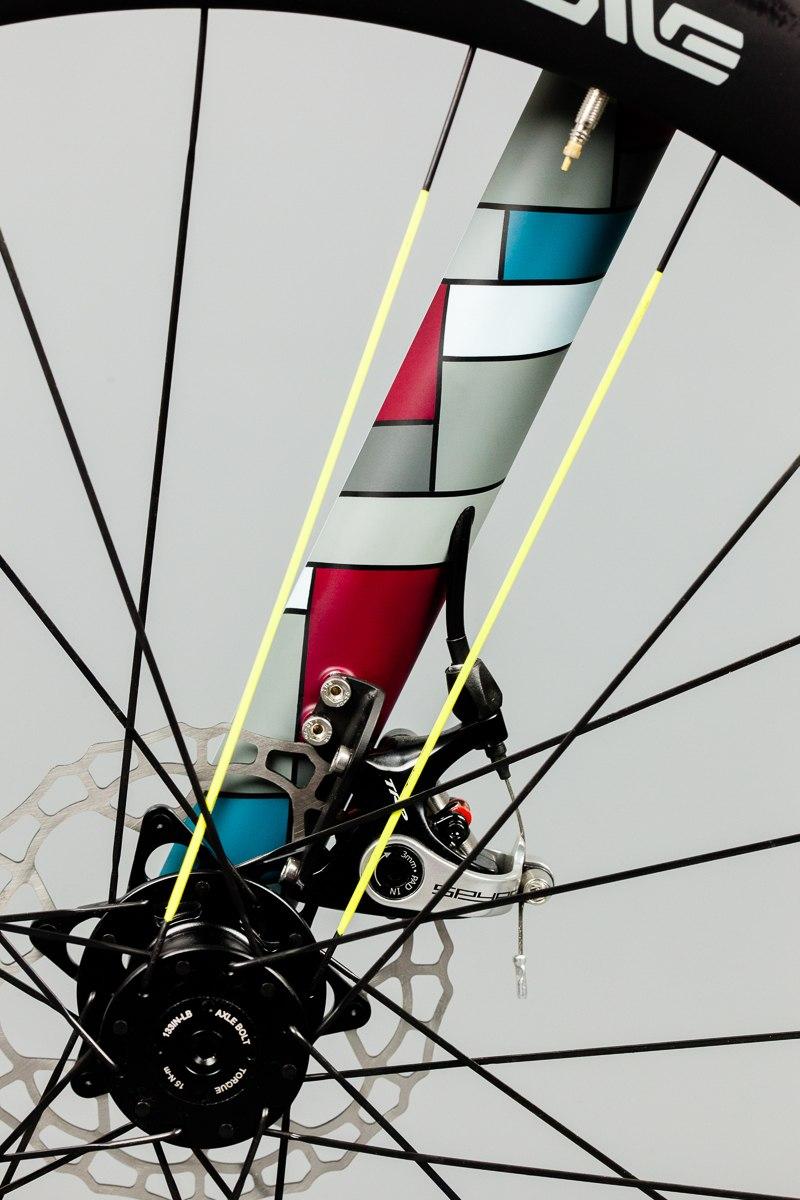 We also asked Rob if there are any weight savings with this unique design. “No real weight saving,” he says. “With further refinement, this might be possible, but the oversize single tube ends up weighing about the same as a regular pair of tubes.

“Honestly there is not a compelling reason to build a bike this way (apart from fixing punctures without removing the wheels), but for the rider who wants something completely eye-catching and unique, it is an option. For me, it was a nice challenge to tackle both as a design and fabrication project” 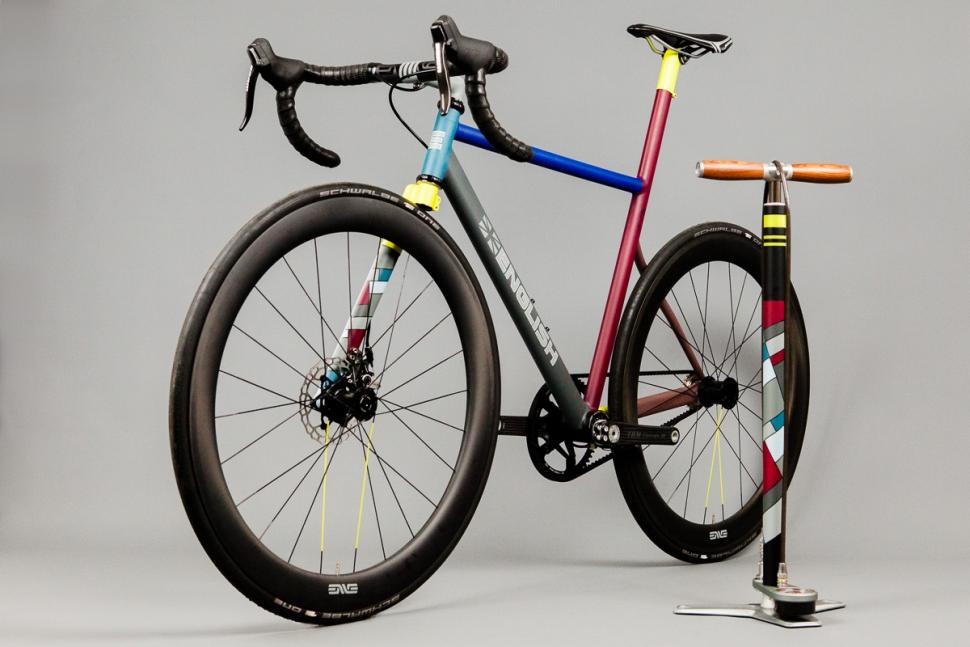 Yet it appears to have become popular. Rob has built a few since that original bike four years ago. There was even a 29er mountain bike version which was displayed at NAHBS and looks absolutely stunning. And he's since built two more road bikes, the latest has been painted to match the Paul Smith Land Rover Defender. The one-off Defender was created by Sir Paul Smith to celebrate its heritage, and features 27 different colours across the various body panels. There's a good video with Sir Paul Smith talking about the reasons for the creative direction of the special Land Rover here.

Rob will be over for the Bespoked show next April, and hopefully, he'll bring a few bikes with him. You can see more of Rob's work at www.englishcycles.com

1
Police officer caught on camera telling cyclists to ride in single file to be given "education around traffic offences"
2
"Check the Highway Code": Police officer claims cyclist shouldn't ride "in the middle of the road"
3
Snake Pass section shuts to all road users... but cyclists can still reach the summit (and turn back around)
4
Footage of cyclist's encounter with mountain goat "on steroids" goes viral
5
Driver "used bus as a weapon" against cyclist, loses appeal over sacking
6
Cyclists report multiple muggings and thefts on London cycle route
7
Hit-and-run driver moved unconscious cyclist off road before fleeing scene
8
Canyon revamps Inflite cyclocross range for 2023