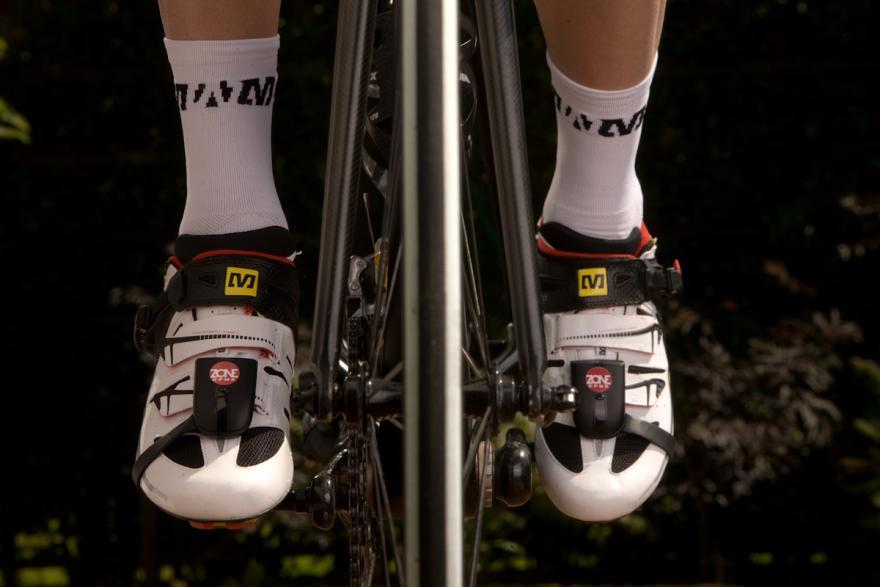 Cleat-based Zone DPMX power meter will not be delivered, and no refunds will be provided
by Mat Brett

Brim Brothers, the Dublin company that had been developing a cleat-based Zone DPMX power meter over the past few years, has ceased operations.

“We have run out of time and money,” said Brim Brothers CEO Barry Redmond in a statement on the company’s website.

“The difficulties we have had with production quantities, together with variable accuracy of the finished units when in use, mean that we are unable to deliver and we don’t have the resources to continue.”

The Brim Brothers system was a power meter fitted to your shoes. One of the chief advantages, said Brim Brothers, was that it would be easy to transfer between bikes: you’d simply move from one bike to another and take the power meter with you.

The system was designed to work with an adapted version of Speedplay cleats. Sensors inside the cleats measured the force between your shoe and the pedal, and your power was calculated from that. Brim Brothers had originally intended to get the product to market in 2012, but the delivery date was postponed on several occasions.

We ran a story in February of this year saying that Brim Brothers intended to deliver its power meter in May. The company smashed the funding target of its Kickstarter campaign at that time.

“Over the last couple of weeks it has become clear that putting an innovative product into manufacture has more challenges than we planned for, particularly achieving the consistent accuracy that a power meter requires,” said Barry Redmond.

“Our first production batch demonstrated that more time and investment is needed to test and re-test new production processes. This is beyond our resources, and our efforts to find new finance have not been successful.” And if you’ve already parted with cash?

“What this means for you as a customer is that we can’t deliver your power meter, and we can’t provide a refund,” said Barry Redmond. “For me personally this is what hurts most, and I wish there was something I could do to change it.

“We attempted to create the most innovative power meter in the world, the only wearable power meter, and in doing that we probably took on bigger technical challenges than any other power meter design team. Over the last eight years we solved so many of the challenges, and created new technologies, but we have fallen short at the last hurdle. We very nearly made it.

“To our customers, our employees, and the many people who have supported us in so many ways I say thank you, and I’m sorry we couldn’t deliver.”

For more details go to www.brimbrothers.com.