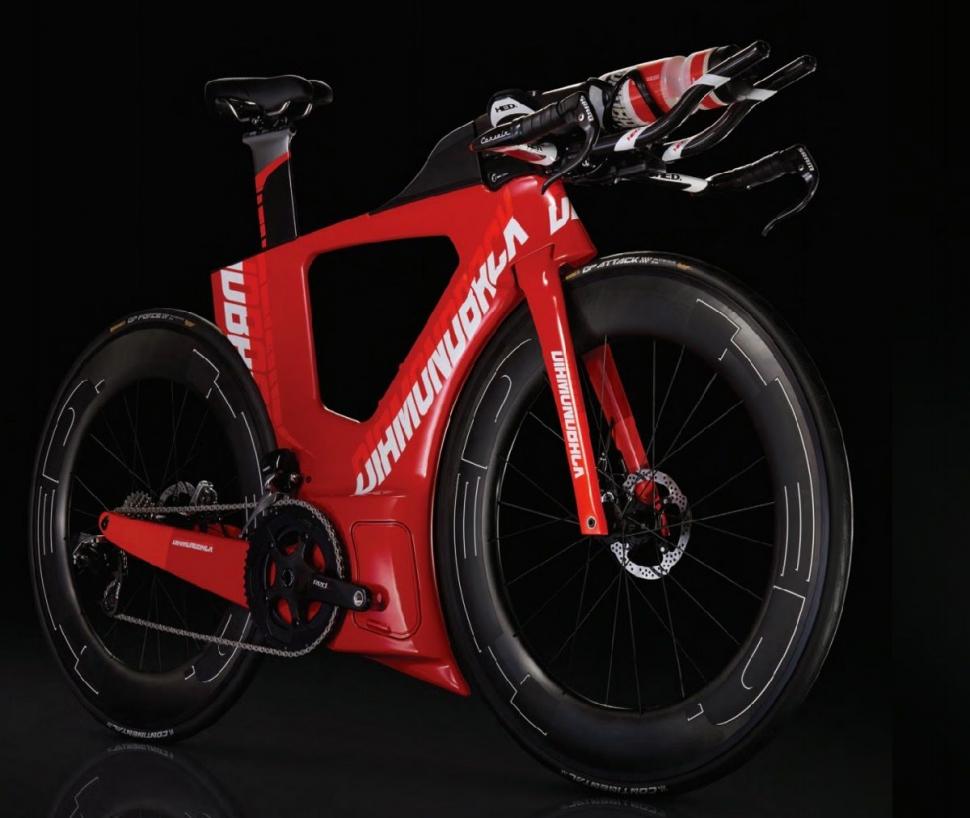 Wow! Diamondback reveals “the fastest triathlon bike in the world”

Diamondback has released details of an extraordinary looking new model called the Andean that it claims is “the fastest triathlon bicycle in the world”. This isn’t a concept bike, it’s going into full production.

The Andean is designed around what Diamondback calls its Aero Core – the section of the frame that sits directly between the wheels. This is intended to be a single large airfoil.

“This bike was designed from the centre of the wheels—the least aerodynamic area—in towards the middle of the frame, then up,” says Diamondback.

The brand says that this approach leads to an improvement in the laminar flow across the entire system, dramatically reducing drag at every yaw angle.

Diamondback says that is has worked on the design with Dr Philippe Lavoie and his team at the University of Toronto Institute for Aerospace Studies (UTIAS), aerodynamicists from outside the cycling industry. 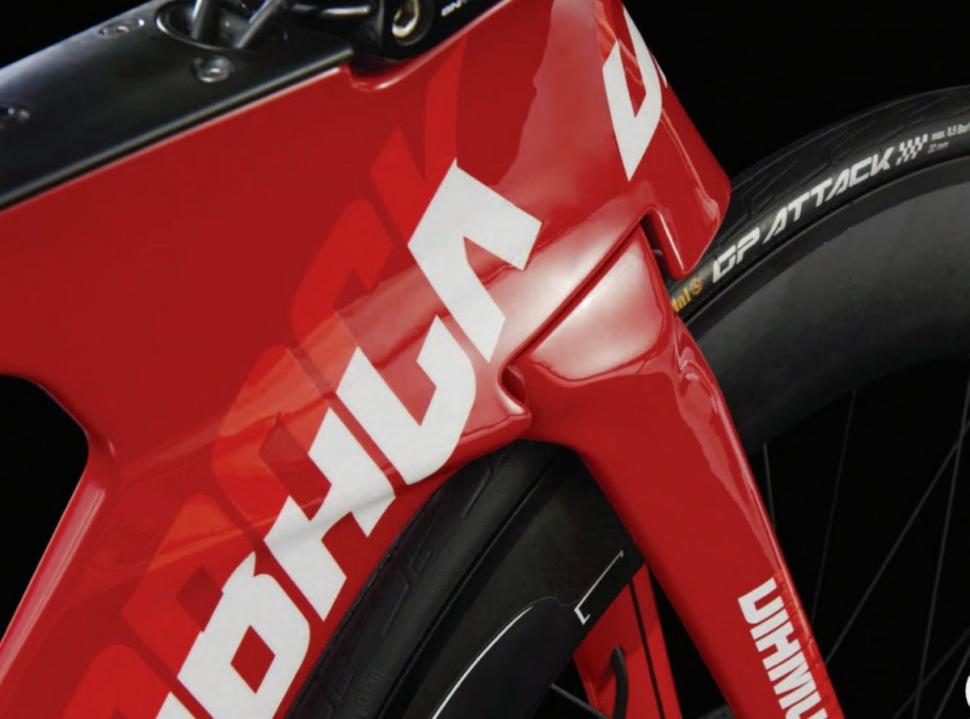 “Their half-scale wind tunnel provides a superior environment for testing, with fewer variables to control than a larger tunnel,” says Diamondback. “The facility allowed us to adjust turbulence more easily than ever before, producing a very detailed diagnostic testing ability.”

If you want to know more about the research and development of the Andean, you can pick the bones out of Diamondback’s Andean White Paper where it is discussed in detail. 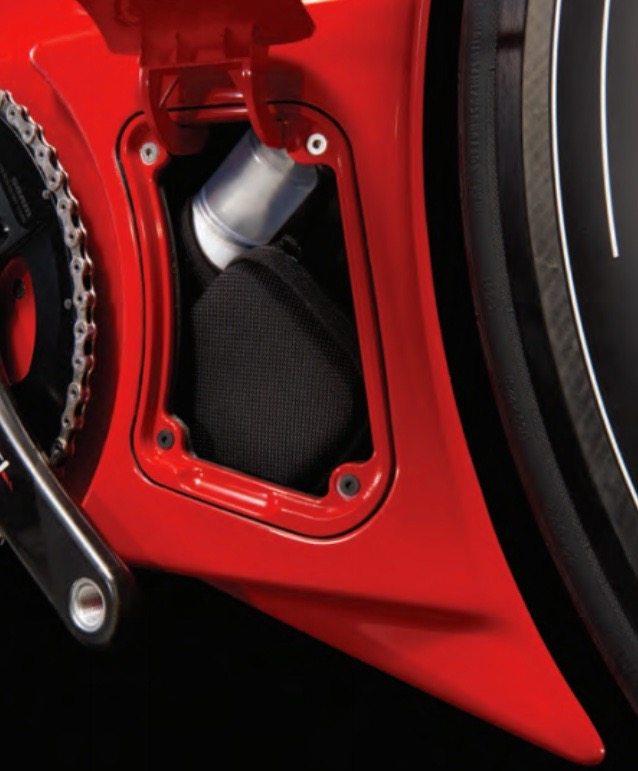 The result of “CFD modelling, hundreds of prototype iterations, and weeks in the wind tunnel”, the Andean is a very unusual looking bike that has taken its design cues from MotoGP, according to the team behind it. The Aero Core section hugs the rear of the front wheel, the seat tube extends way back around the leading edge of the rear wheel, and there are no seatstays. 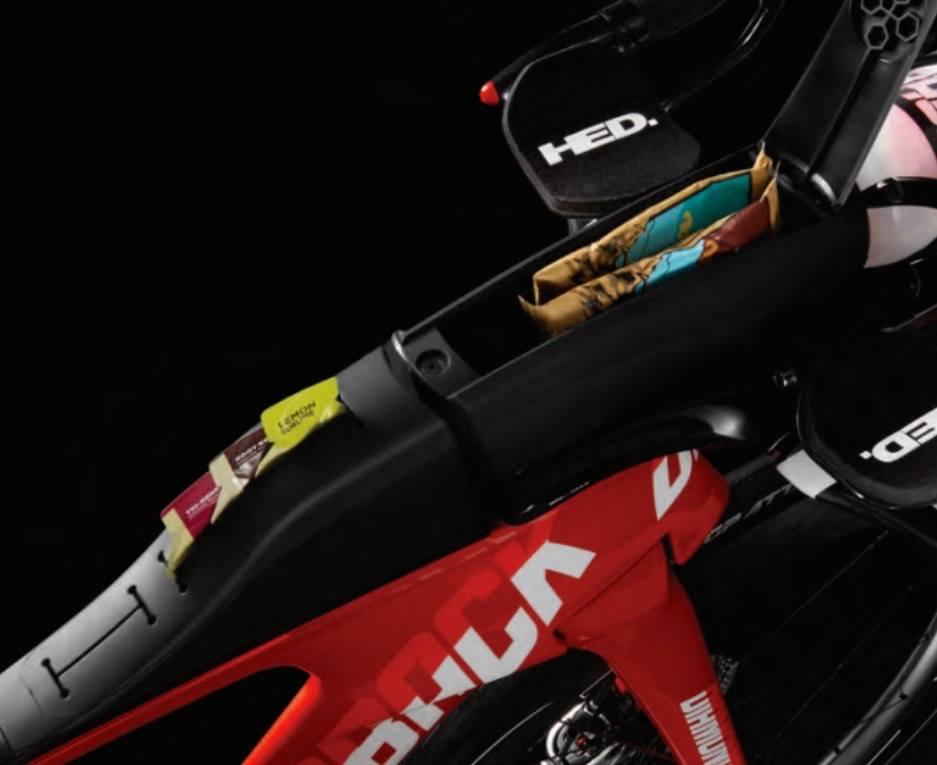 There’s loads of storage space on offer inside the frame and in compartments on top of the top tube. This avoids the need to add non-aero elements, or to tape supplies to the frame.

You’ll notice that Diamondback has chosen to spec disc brakes. 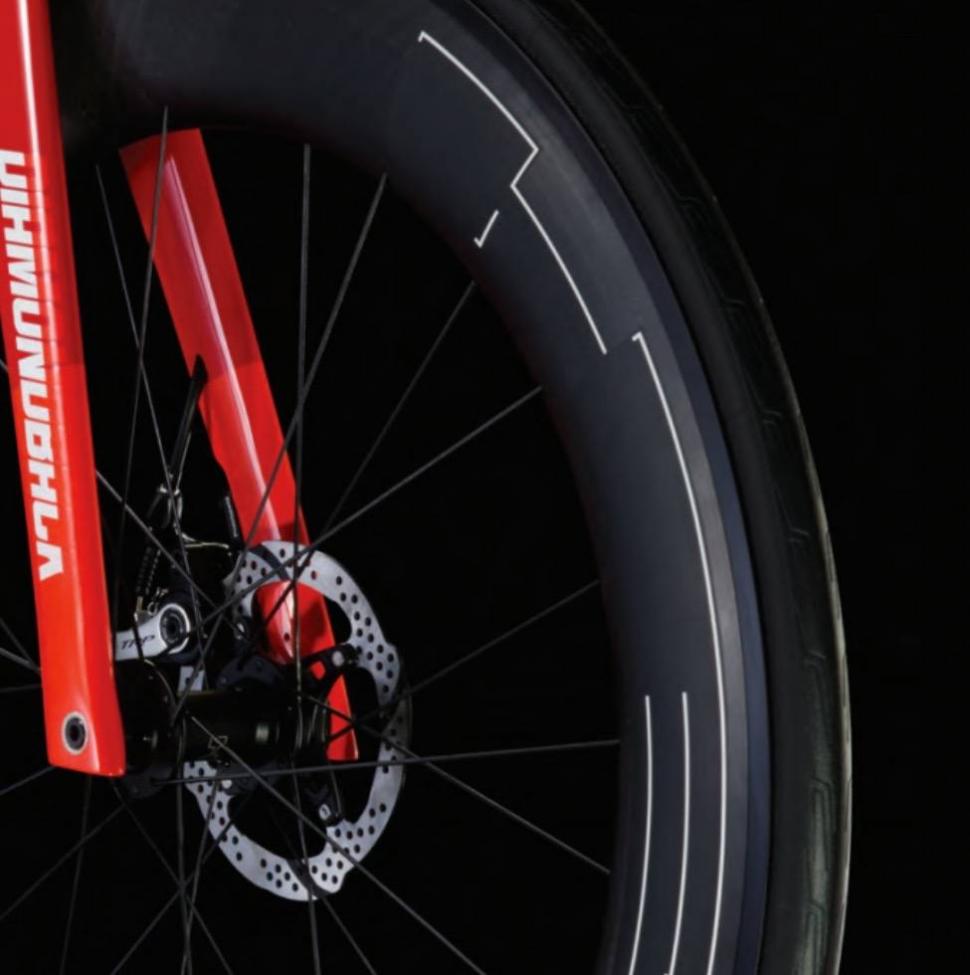 “Disc brakes outperform rim brakes and their callipers are more easily hidden from the wind,” says Diamondback. “And given the wheels-first design process of Andean, rim brakes just aren’t in the cards: the future of wheel technology will undoubtedly feature discs.”

The bike is designed to use a SRAM 1x (single chainring) drivetrain.

“Bulky front derailleurs and aerodynamic engineers have never been on the friendliest of terms,” says Diamondback. “Luckily for the Andean Project, the time is right to ditch these antiquated mechanisms.”

“It’s never made more sense to go with a single front chainring: not only does it get rid of the front derailleur’s weight and drag, but it does the same for an unused spinning sprocket. With a more streamlined bottom bracket blending into the Aero Core, air flows much more smoothly past these once troublesome areas.”

Is the Andean UCI legal? Not even close! No, this is a triathlon bike. Triathlon bike and equipment rules are different from those of the UCI in many respects. Diamondback’s existing Serios models do conform to UCI rules.

Check out the Culprit Legend triathlon bike – with disc brakes and no seatstays – that we spotted at Taipei International Cycling Show in 2013.

You wouldn’t expect the Andean to be cheap, would you? It’s available in four sizes and many build options priced from US$6280 to US$8600.

For more details go to www.diamondback.com/andean