Eddy Merckx Cycles were one of the first of the bigger brands to embrace the gravel bike with the Strasbourg 71 - I wrote a First look on the aluminium version at Eurobike Live last year. Now they’ve upped the ante by introducing a carbon version. In fact three carbon versions with different colour schemes and specifications.

Top of the tree is the Strasbourg 71 Carbon Grey Black Silver (that’ll be the last time we’ll be rolling out the full moniker here) which comes as a complete bike with Ultegra 6800 mechanical shifting and hydraulic disc brakes, a DT Swiss R23 wheelset and Clement MSO 36mm tubeless ready tyres.

Should you not feel the need for Ultegra you can opt instead for either the Carbon Black Green Silver Shimano 105 Disc - which swaps the Ultegra bits for 105 and saves a few bob in to the bargain; or go for the SRAM Rival 1 x 11 Disc equipped Strasbourg Carbon Orange Black which will get you bang on trend with 11 less gears and a lower price tag to match.

The aluminium versions of the Strasbourg 71 replicate the specs of their carbon stablemates but with a less carbony (tech term) price tag and a more aluminiumy (another tech term) weight. One of these days we’ll remember to bring our scales to Eurobike but safe to say our finely calibrated arm muscles had the two down as ‘quite light’ and ‘somewhat heavier’.  All the frames feature the sorts of gravel/adventure details you'd want or expect such as extra bottle bosses on the downtube and hidden mounts for racks or possibly mudguards - plus nice cutaways to allow you to go seriously fat with your tyre choices. The Strasbourg 71 also boasts taking-no-chances thru axles front and rear. While the gravel/adventure bike category has, and continues to be, dominated by metal bikes there has also been a move towards carbon - we recently reviewed 3T’s Exploro frameset at the racier end of the scale and the equally high end Parlee Chebacco, while Genesis made an early grab for the carbon all-rounder slot (and for our bike of the year) with the Datum, and let’s not forget Vroomen’s very lovely (with a price tag to match) Open. Of course there’s no reason not to build an off road road bike out of carbon, it’s good enough for top end mountain bikes after all, and there are plenty of carbon cycle-cross bikes out there. In fact Merckx make one, the Eeklo 70 also available in carbon or aluminium version. ‘Hang on’ I hear you say, ‘what’s the actual difference between a carbon gravel bike and a carbon cycle-cross bike?’. Well for some bike brands it has to be said not much beyond a change of tyres. For Merckx it equates to different wheels, and fatter (tubeless ready) tyres for the Strasbourg, and a shorter, taller frame: 1007mm wheel base and 567mm stack for a medium Strasbourg 71, as against 1022mm and 549mm for the Eeklo 70. 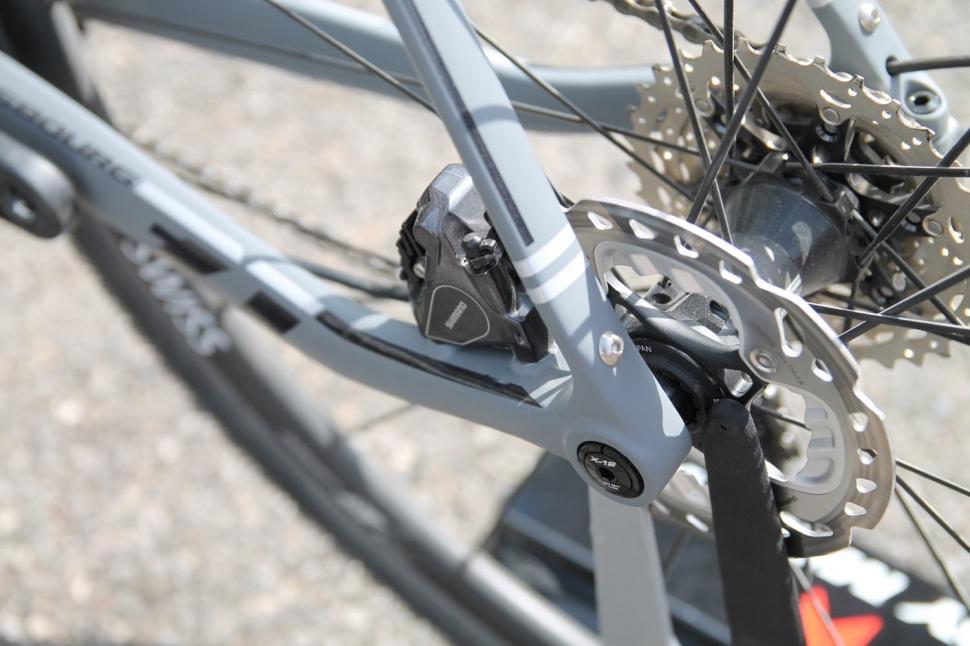 On paper at least that should add up to a slightly more upright riding position with a slightly more flickable ride - that said there for most sizes there is no difference in chain stay length and where there is it amounts to no more than 1mm in a medium, and 2mm longer for the large and XL versions of the Strasbourg. The length (as you’d expect) has been chopped out of the top tube.

Oh, there’s one other difference between the carbon/Ultegra build of the Eeklo and the equivalent Strasbourg 71 - on the Merckx site the cross bike is €1,000 less.

No word yet on UK pricing and availability, but we’ll update here as soon as we have it.

And the name? The Cannibal beat Roger de Vlaeminck in a super-tight finish on a famous Tour stage that ended on a gravel road in Strasbourg in 1971.

To find out more visit www.eddymerckx.com