Eurobike isn’t the same without a properly interesting concept bike, and while they have been thin on the ground this year, Canadian bike brand Argon 18 delivered the goods with a bike designed to be able to measure your aerodynamic drag in real-time. The Argon 18 project uses 22 sensors, dotted around the bike and rider, that pulls together data such as pitch, yaw and roll, biometric data including heart rate, power output, lactic acid, speed and location data using GPS and airspeed - using the nose cone projecting out the front of the time trial development bike - to be able to measure the CdA (the aerodynamic drag) in real-time. 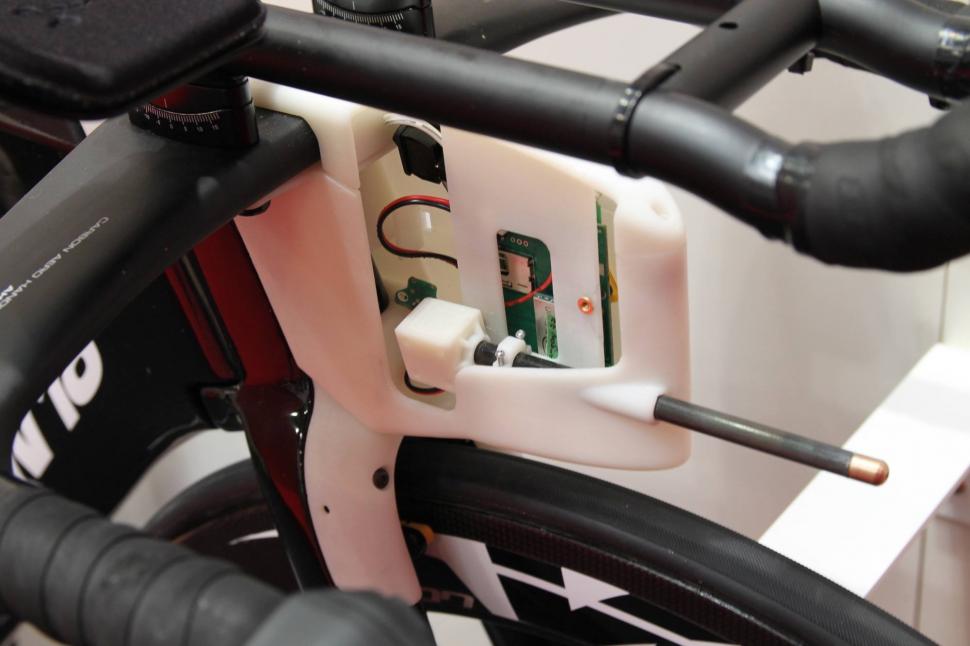 All this data will be gathered up and expressed as a CdA, a measurement of aerodynamic drag, on a Garmin computer using ANT+ and Bluetooth. You’ll be able to download the data after a ride and analyse it in more detail. Essentially you’re getting the sort of information that you currently have to book time in a wind-tunnel to gather, and that's not a cheap thing to do at all. 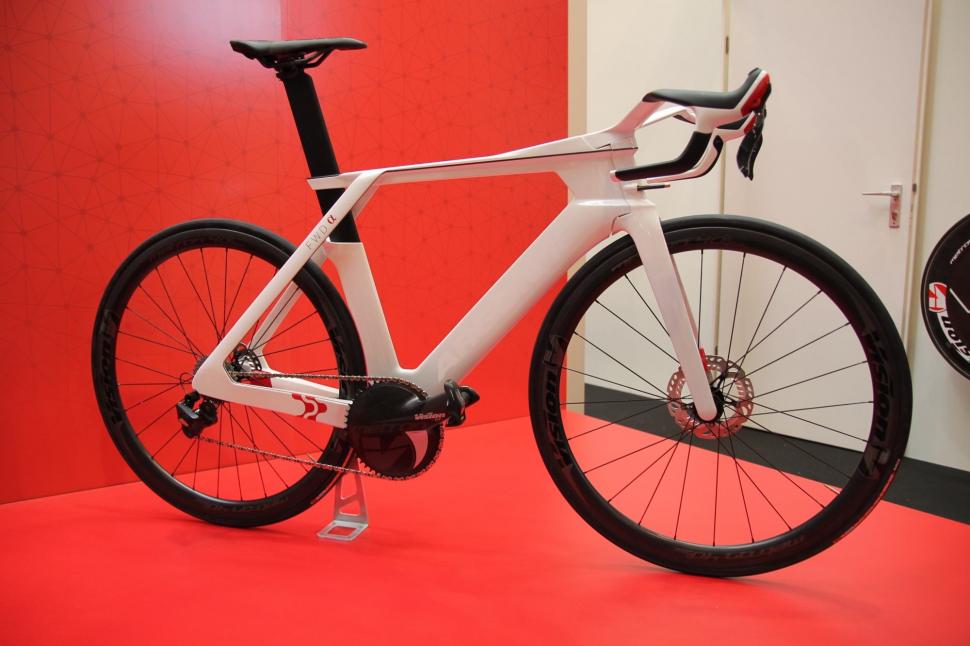 It’s early days for the project and it’s working with a host of partners to develop the sensors it needs to make the project viable. The time trial bike pictured here has been fitted with an air speed sensor and it’s actually testing the bike in the real world. The company was keen to stress it’s not just a vanity project to draw big crowds at the show (the stand was packed) but it’s looking at making this project a reality. There is a timeline, but it would be drawn on precisely what that time line is. 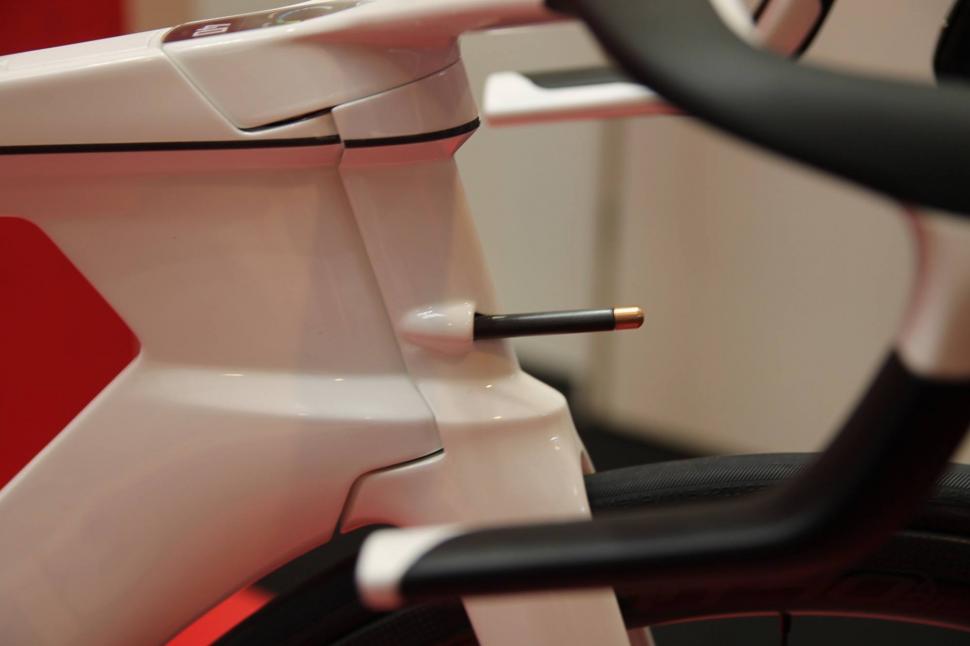 This rather more slick concept bike comes from what Argon 18 is calling Fusion Works Division or FWD for short. It's a fully realised concept bike that is a vision of an aero road bike that might one day incorporate the technology. It's purely a mockup but there are some elements of it that might make their way onto a new Argon 18 model much sooner. Such as the seat tube design, which is very interesting and could be rolled out quite easily onto Argon 18’s next model. It has essentially increased the amount of exposed seatpost to allow a greater range of deflection and uses a special bushing around the top of the seat tube to control the range of movement. It limits sideways movement but allows u to 5mm of rearward deflection. 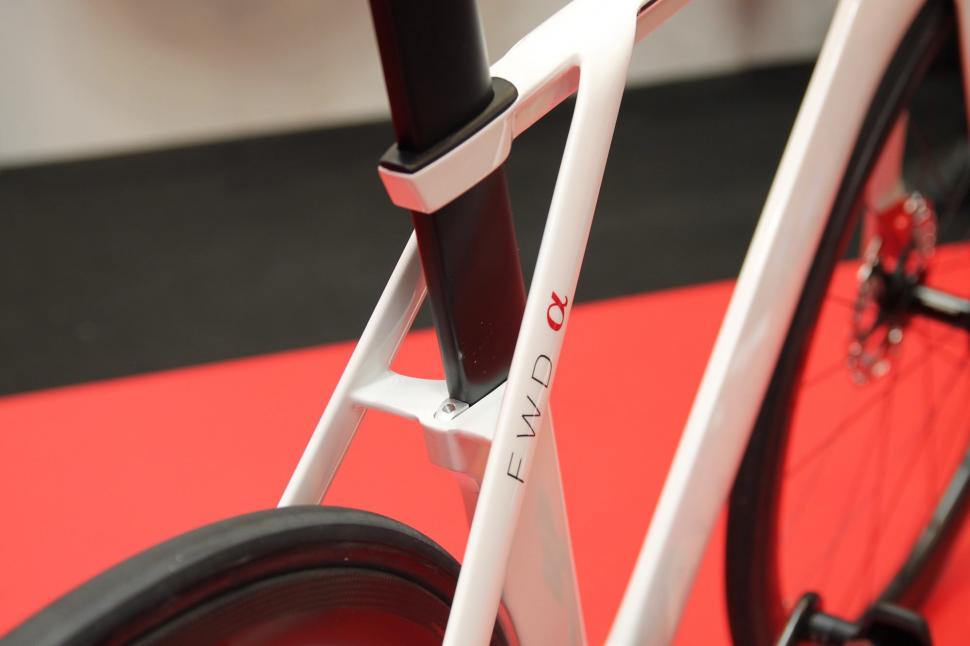 We think it's a really interesting project and has lots of potential, and we hope Argon 18 actually manages to make some of it a reality soon.