So yesterday we snuck into the Eurobike show before it officially opens today and managed to have a quick sneak preview of some of the new bikes that are being unveiled this week.

Many brands were still furiously busy assembling stands and lots of bikes weren't even in place yet, some were cordoned off and others were covered, but we spotted a few interesting things. We'll have a lot more detail on all these bikes over the next few days, this is just to whet your appetite. Do shout if there's anything you'd like to see more off. 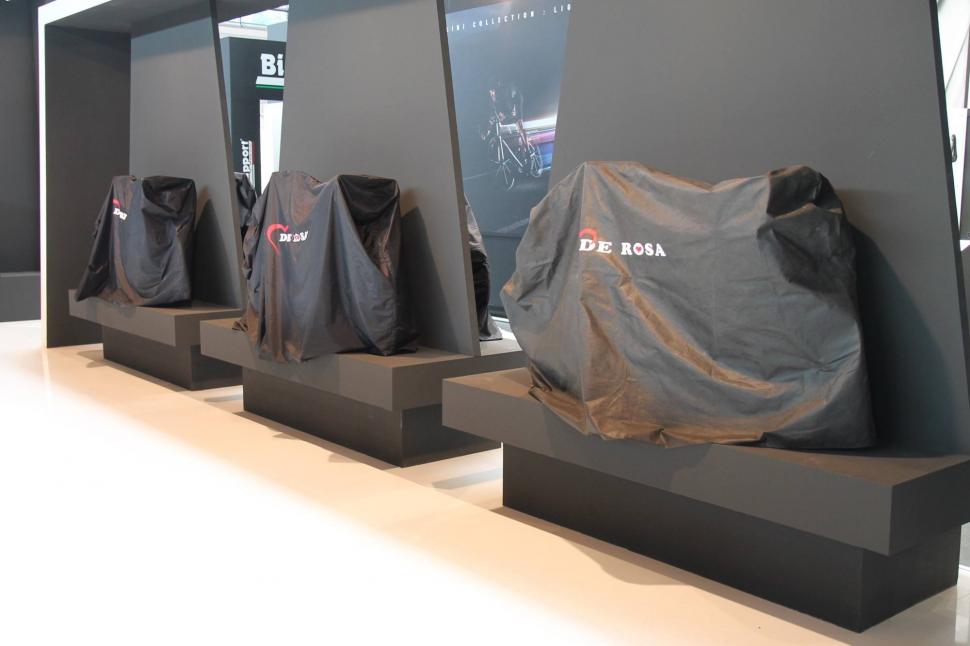 Nothing to see here! 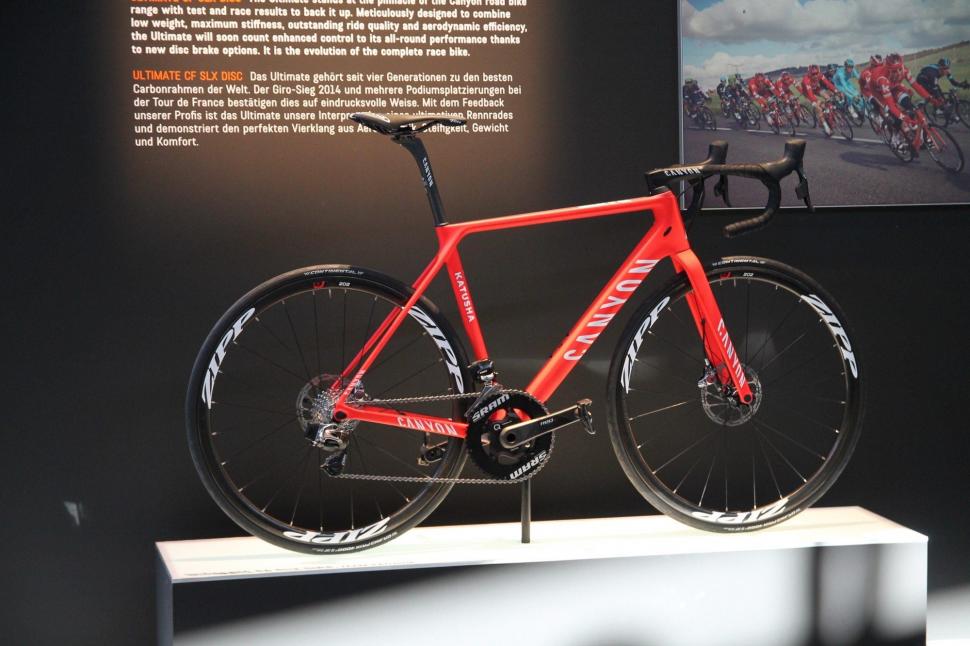 But there was over on Canyon's stand. Here is the bike probably quite a few of you have been waiting for. It’s the Canyon Ultimate CF SLX Disc, not an entirely unexpected bike - it showed a prototype last year. Thru-axles at both ends, flat mount disc brakes and a SRAM Red eTap HydroHC hydraulic disc brake groupset. More details on this bike very soon. 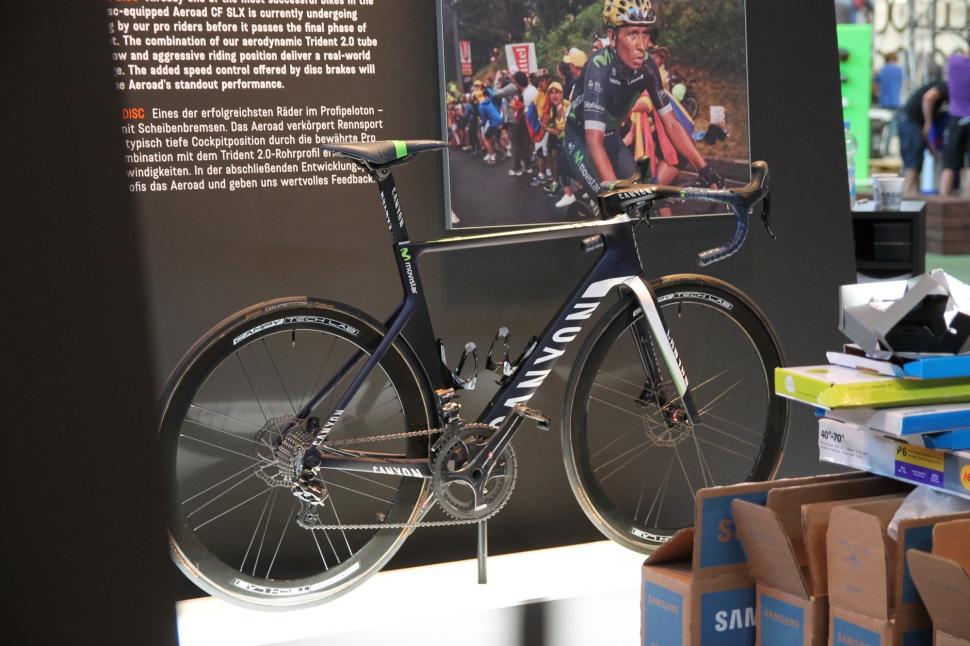 Also not unexpected is the Canyon Aeroad CF SLX Disc - Alexander Kristoff accidentally revealed it on Instagram back in April - and it’s pictured here with Campagnolo EPS groupset with disc brakes. Like the Ultimate Disc, it’s thru-axles and flat mount, but it’s still a bike that is undergoing the final phase of testing with the pros. 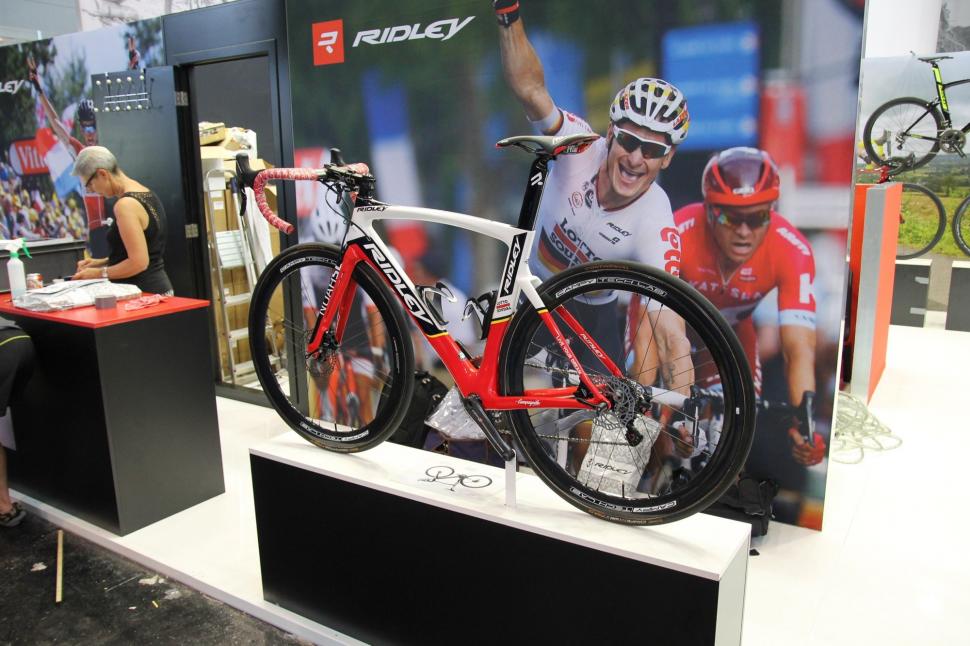 We’re expecting Campagnolo to launch its new disc brakes at Eurobike this week, and we did see some bikes, including the Canyon Aeroad above and this Ridley Noah SL, with hydraulic disc brakes. 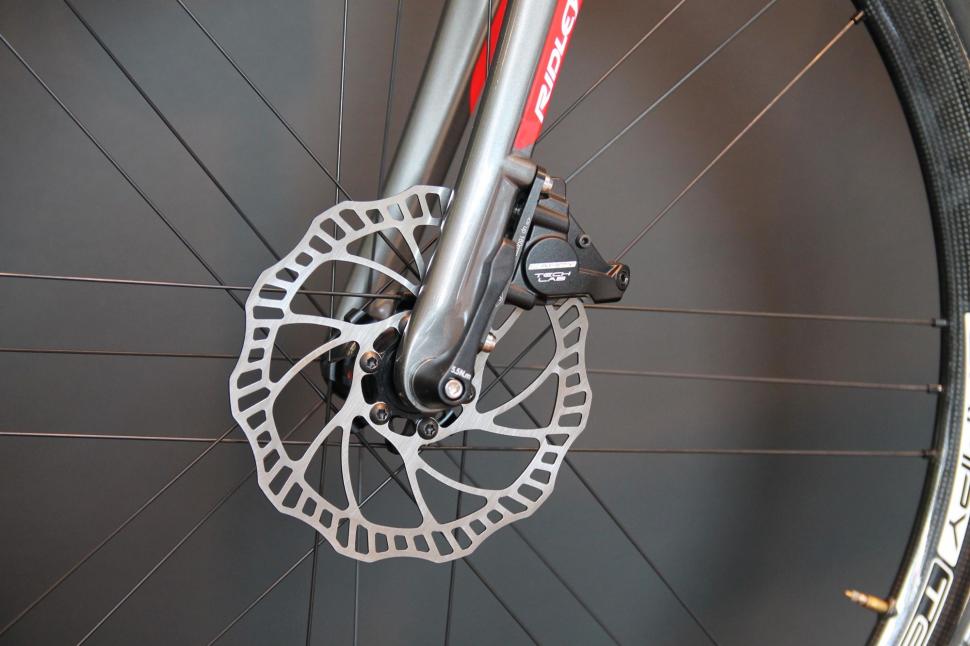 They are still marked as Campy Tech Lab, the name the Italian company is using for its development products. We first saw the disc brakes earlier this year, and it doesn’t look like much has changed. 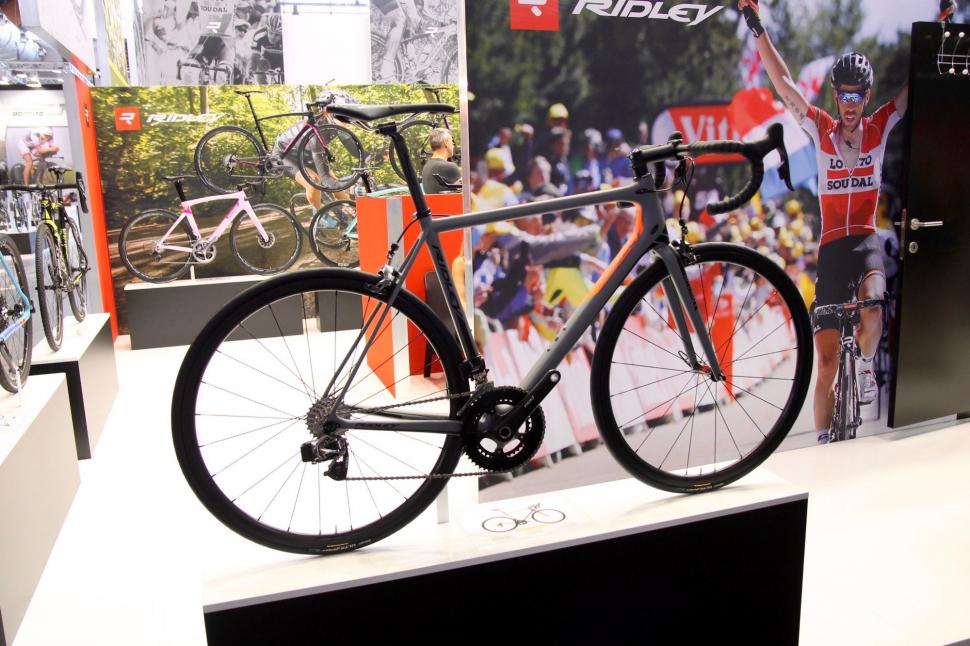 Talking of Ridley, here’s the new Helium SLX, which has a frame that retains the low weight of the previous, about 750g, but is 15% stiffer. It’s achieved this thanks to a refined carbon fibre layup. The fork, with its straight blades, is new and claimed to save some weight over the previous version. 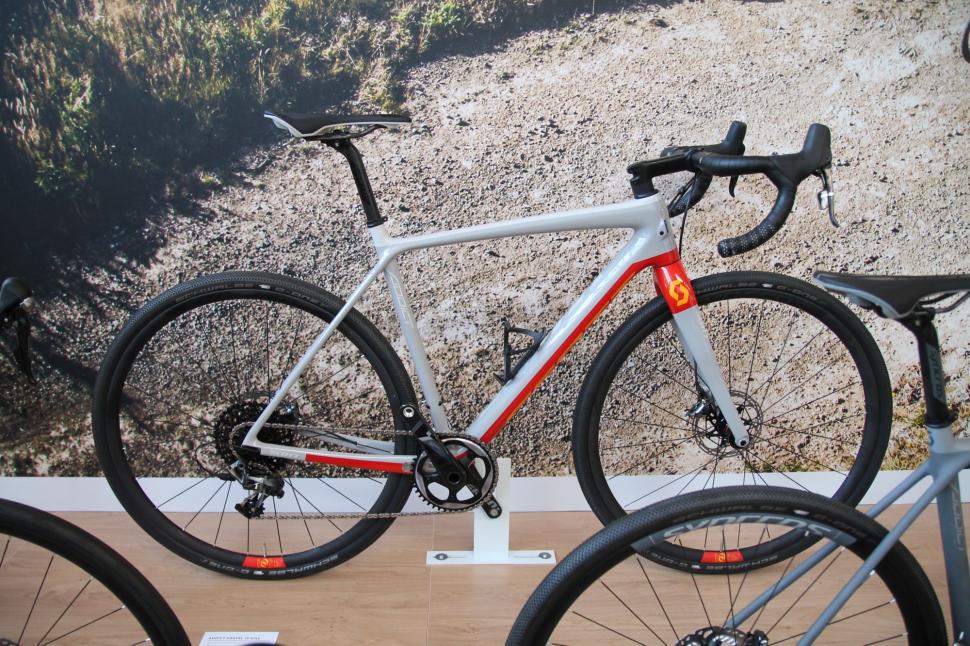 Scott has expanded the Addict range to include the new Addict Disc and a gravel bike version. This is the Scott Addict 10 Gravel, with Schwalbe G-One tyres and a SRAM Force 1x groupset. And here it is in a more road-focused trim. Thru-axles, internal cable and hose routing, flat mount disc fixings and it looks like space for some wide tyres. 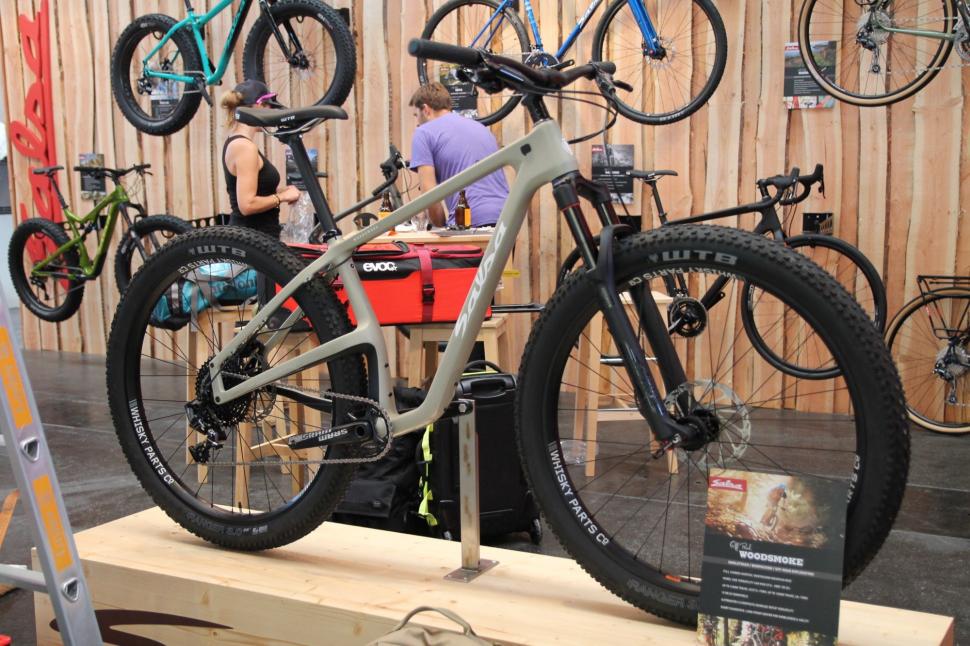 Not technically the sort of bike we normally write about here at road.cc, but just look at it! It’s the Salsa Woodsmoke, a carbon fibre hardtail designed especially for bikepacking. The elevated chainstay is there to keep the rear triangle short and provide the necessary clearance. It’ll take a range of wheel and tyre sizes, including 27.5+, 29 and 29+ tyres. Time for a break? Lots of sausages were being consumed by the burly blokes building the many stands. 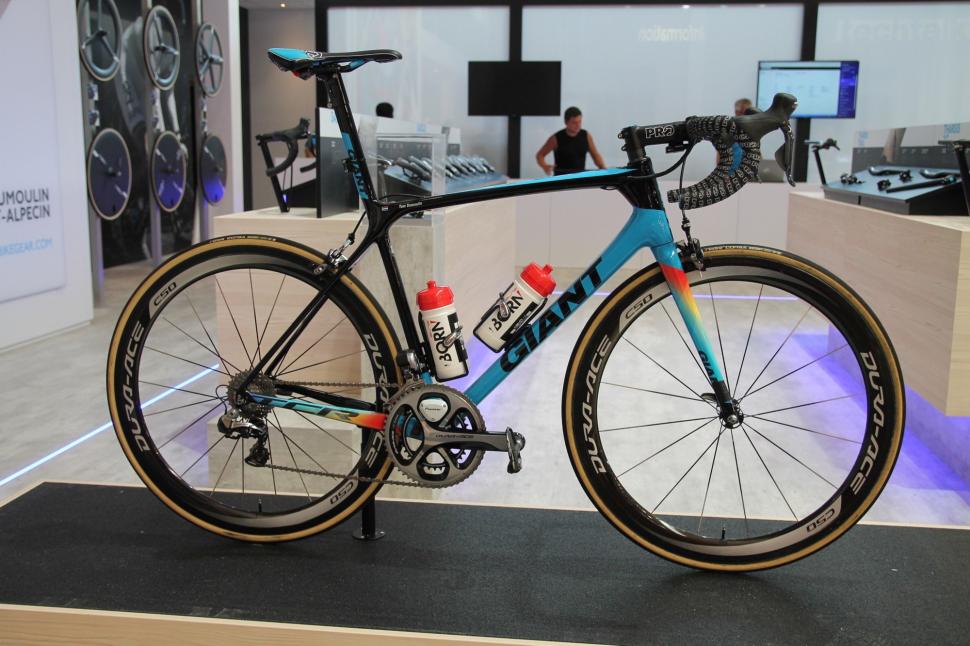 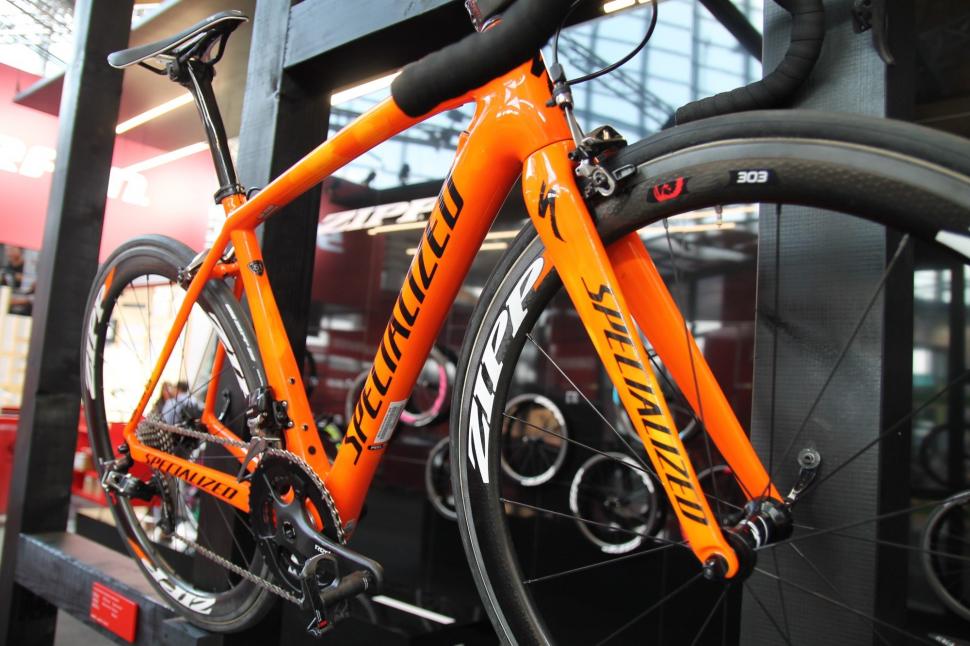 Here’s Lizzie Armitstead’s Specialized S-Works Amira with the colour changing paint finish that was created especially for the Rio Olympics. It’s fully decked out with SRAM and Zipp’s latest componentry, including an eTap wireless groupset and Zipp 303 Firecrest Tubular wheels. 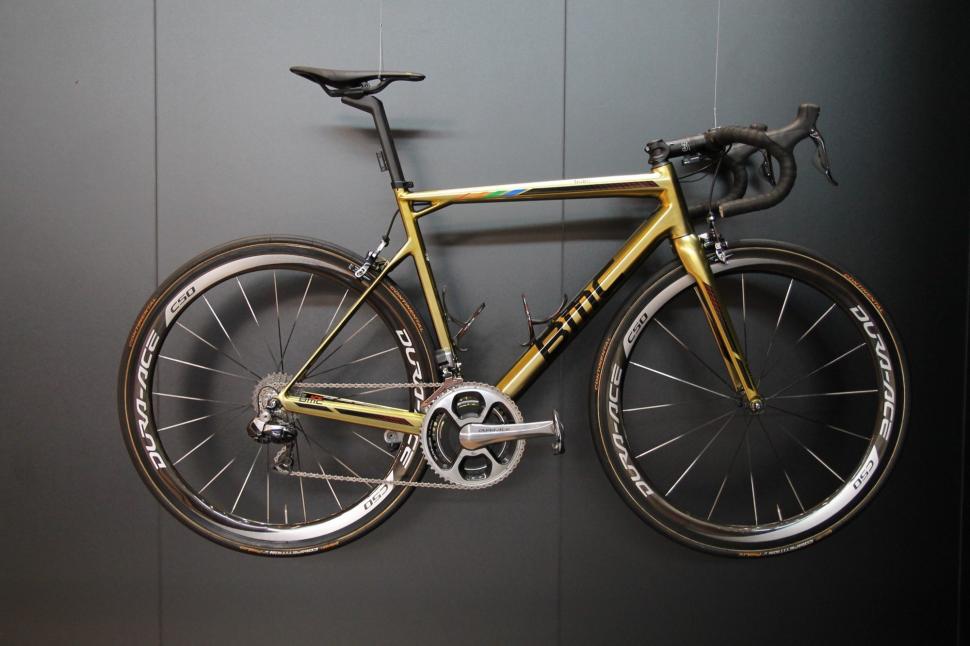 You should be able to guess who this gold bike belongs too? Yes of course, it’s only Olympic road race champion Greg Van Avermaet’s new custom painted BMC TeamMachine SLR01. Something a bit different from German brand Nicolai, an aluminium belt-drive disc-equipped road bike. The frame looks like an update of the Argon CX, with new flat mount rear disc fixings. 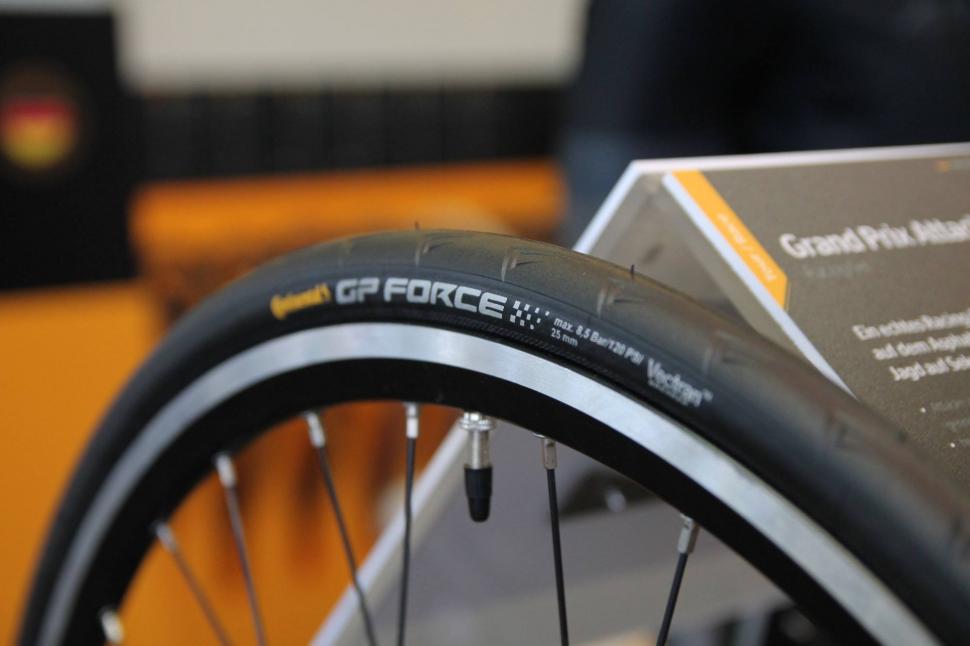 Continental has a new pair of tyres out, the Grand Prix Attack and Force III, an update on its front and rear specific tyres.  More details soon... 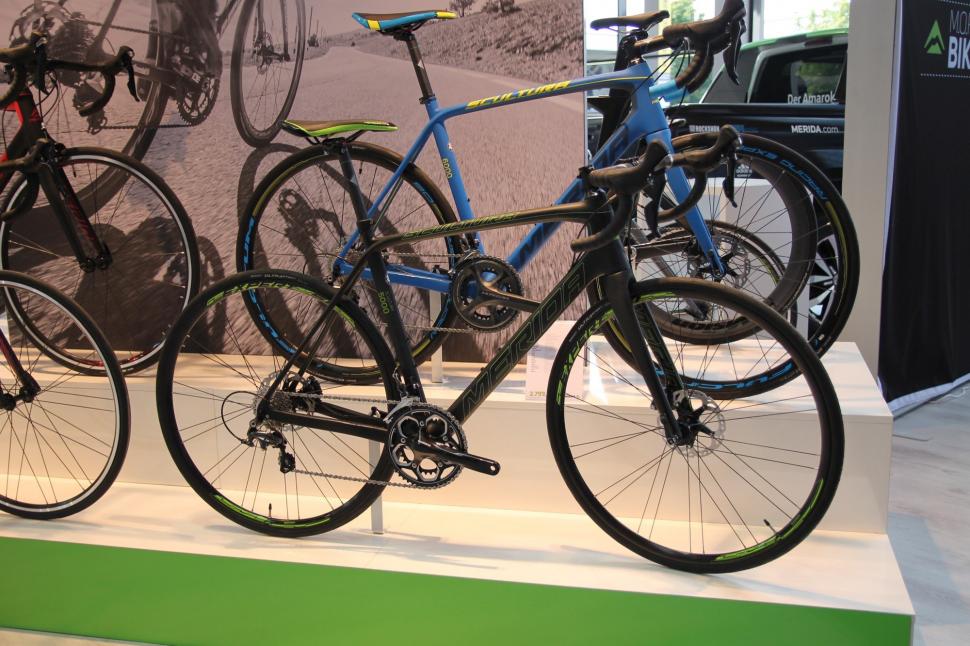 The Merida Scultura is the company’s race-ready bike and it’s now available with disc brakes. Looks like Merida is offering a decent range of prices and builds for 2017, and there’ll even be a review on road.cc soon. 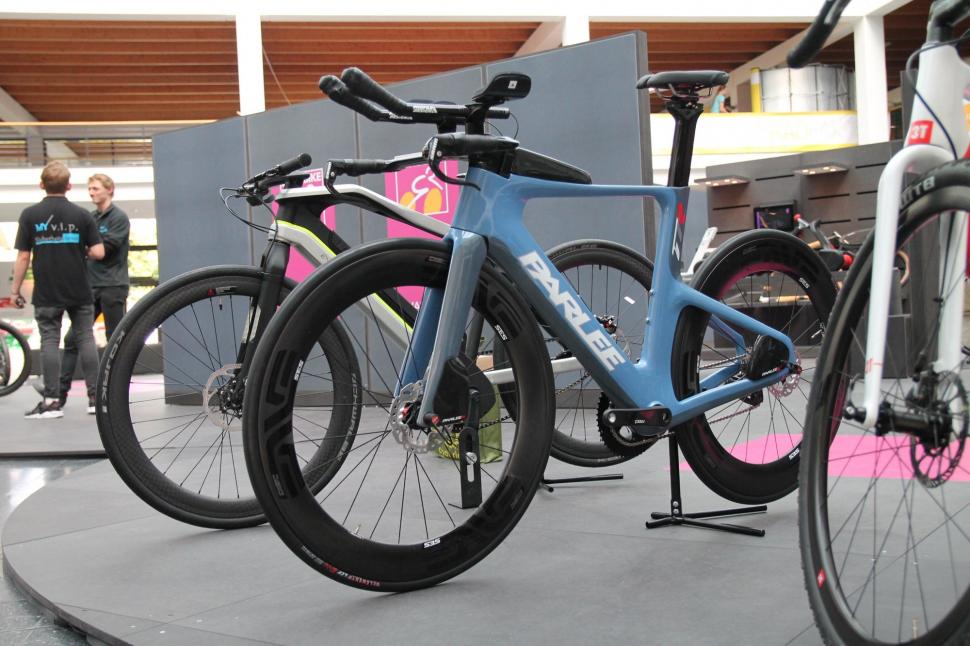 Lastly, here’s a new Parlee time trial bike with disc brakes. Is it the first disc-equipped TT bike? I’m certainly struggling to remember another. Notice the covers over the disc calipers? Presumably, they are there to smooth the airflow over the calipers and reduce drag. It looks to be using a SRAM eTap wireless groupset and if the brakes are hydraulic, are those new TT hydro brake levers?