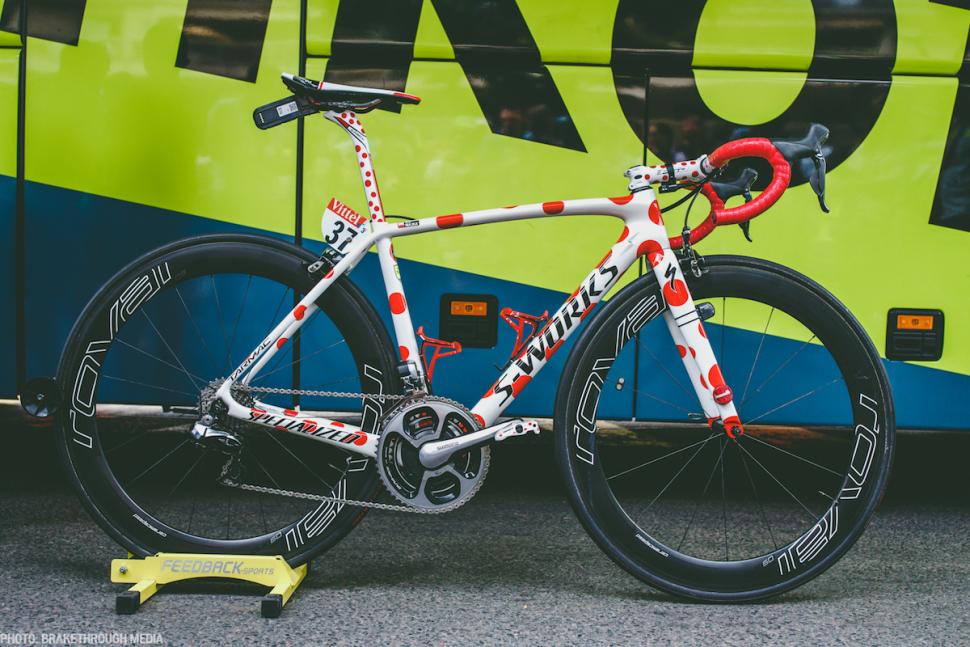 This spotty bike was ridden by the King of the Mountains winner in the Tour de France, Poland’s Rafal Majka, teammate to Peter Sagan, who also rode a custom painted bike supplied by sponsor Specialized.

The polka dot jersey is awarded to the best climber and is perhaps the most recognisable of the classification jerseys. It certainly stands out well. The jersey is worn by the rider that gathers up the most points on the significant climbs throughout the race, including summit finishes, and is the “King of the Mountains” of the race. The harder the climb, the more points on offer. You might think the polka dot jersey is as old as the yellow jersey, but it has actually only been around since 1975. Before its introduction, there was no special jersey for the mountains competition, a classification added to the race in 1933, though French sports newspaper L’Auto-Vélo had been awarding the best climber since 1905. 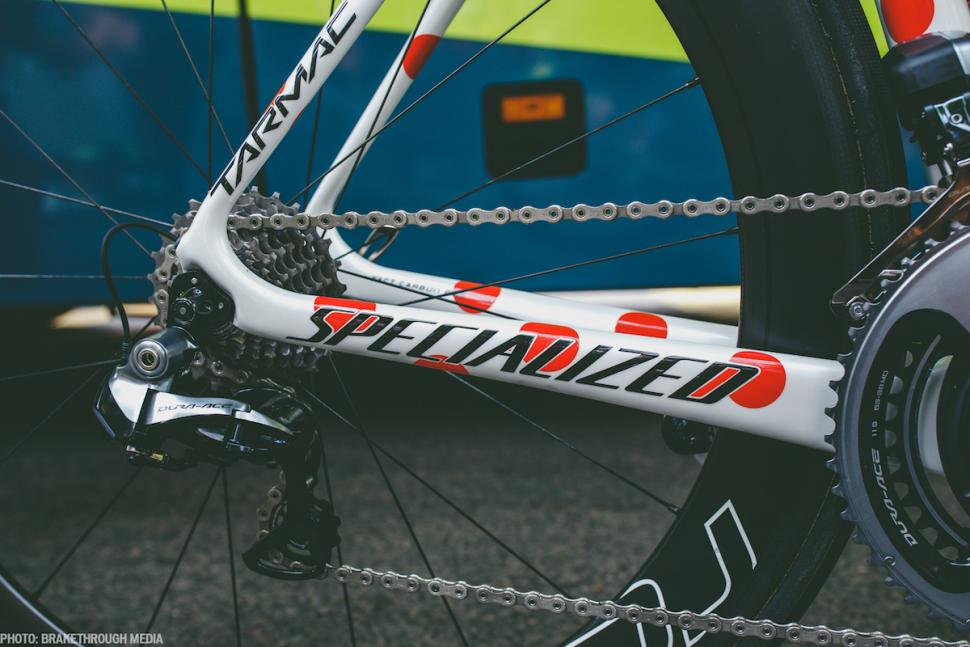 But why the polka dot design? One theory is that the first sponsor of the jersey was Chocolat Poulain, one of the oldest chocolate brands in France, and apparently, it sold chocolate bars with polka dot wrappers, and this lead to the inspiration for the design of the jersey. Another version of the origin of the polka dot jersey is that it was designed by Felix Levitan in memory of track racer Henri Lemoine who wore a pea jersey, orange on a white background. This year Poland’s Rafal Majka won the polka dot jersey for a second time, following his first victory in 2014. And it seems almost traditional that a white and red polka dot custom frame must be created to match the jersey, and that’s precisely what Specialized decided to do. It's an acquired taste. His Tarmac frameset is complemented, if that’s the right word, by a similarly painted FSA K-Force seatpost, stem and handlebar, with red Supacaz bar tape, a and Prologo colour-matched saddle. Even SRM, makers of the most popular power meter in the peloton, has got in on the fun with a polka dot PC8 computer head unit.