One of the big questions heading into the Tour de France was whether FSA would debut its electronic groupset. So far we’ve not seen it on any team bikes, but on the rest day in Berne, Ivan Basso, who appears to be working with the Italian component manufacturer in a development capacity, shared this video of the new groupset. Could this mean it's about to make its Tour debut?

#letour no more rest day for me . Time to develop with @fullspeedahead_fsa @vision_tech_usa

The groupset is seen fitted to a Specialized Roubaix belonging to Basso, but could we see one of the FSA sponsored team riders on the groupset before the end of the Tour? FSA sponsors a number of teams, like Etixx-Quick Step, which currently use Dura-Ace with FSA chainsets.

We’ve heard rumours that a select number of riders could actually be riding the new groupset from today onwards, we’ll get confirmation when the race rolls out  into the mountains today, so keep your eyes peeled.

We already seen the FSA groupset, it was shown at the Eurobike trade show last year, but FSA is keeping the details of the groupset a closely guarded secret so we really don't know much about it at this stage, but we can speculate as to some of the key details. 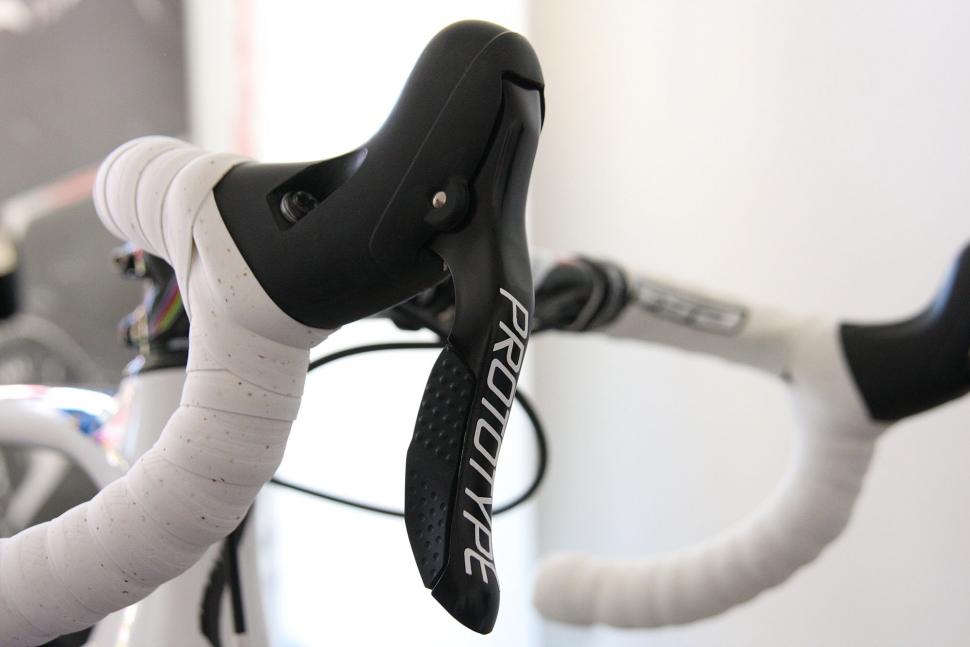 It’s an electronic groupset, that much is clear, in the guise of Di2 or EPS, but it doesn’t appear to be a wireless groupset like eTap. Unless FSA is playing the same trick on us with fake wires as SRAM cleverly did when its groupset was first seen a few years ago. There’s talk of the shifters controlling the derailleurs wirelessly, while the two mechs are wired together.

The front mech looks very bulky. Could it house the battery and/or the brains of the groupset? And how does the shifter work? It looks like FSA has developed a rocker button, but we can’t be absolutely clear.

More details on the new FSA groupset when we get them.