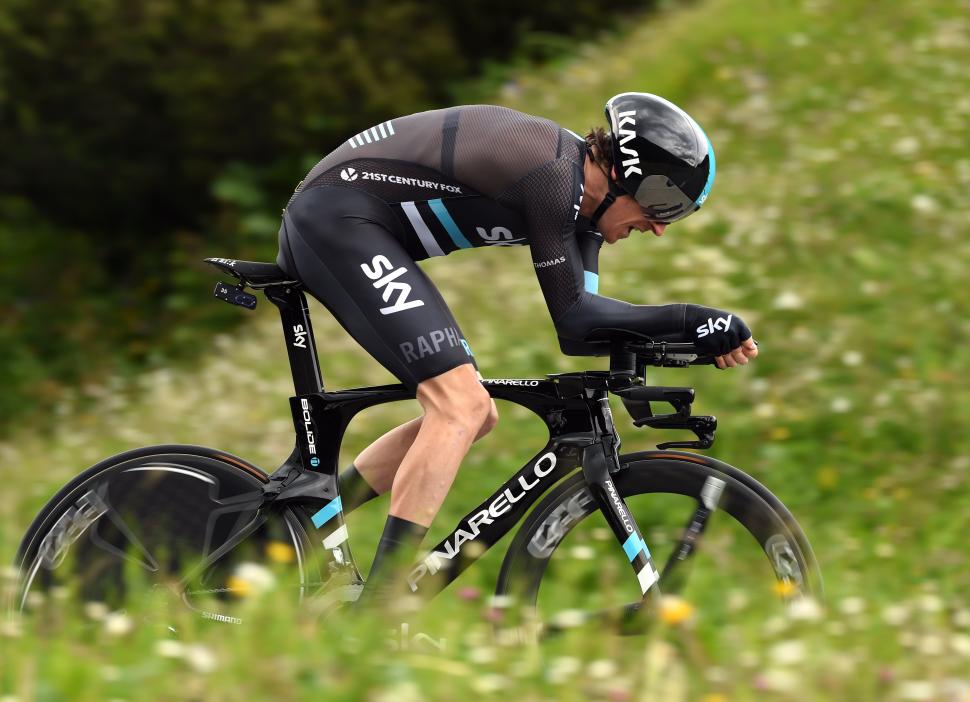 Team Sky debuts new Rapha skinsuit - will it give them an advantage?

Team Sky is always looking for more marginal gains, and the latest is the new Pro Team Time Trial Skinsuit developed by Rapha and which debuts in the first time trial of the 2016 Tour de France today.

The new skinsuit has been developed over the past six months with the help of European experts in aerodynamics and fabric technology, with 21 versions tested in a wind tunnel before it settled on the final design. 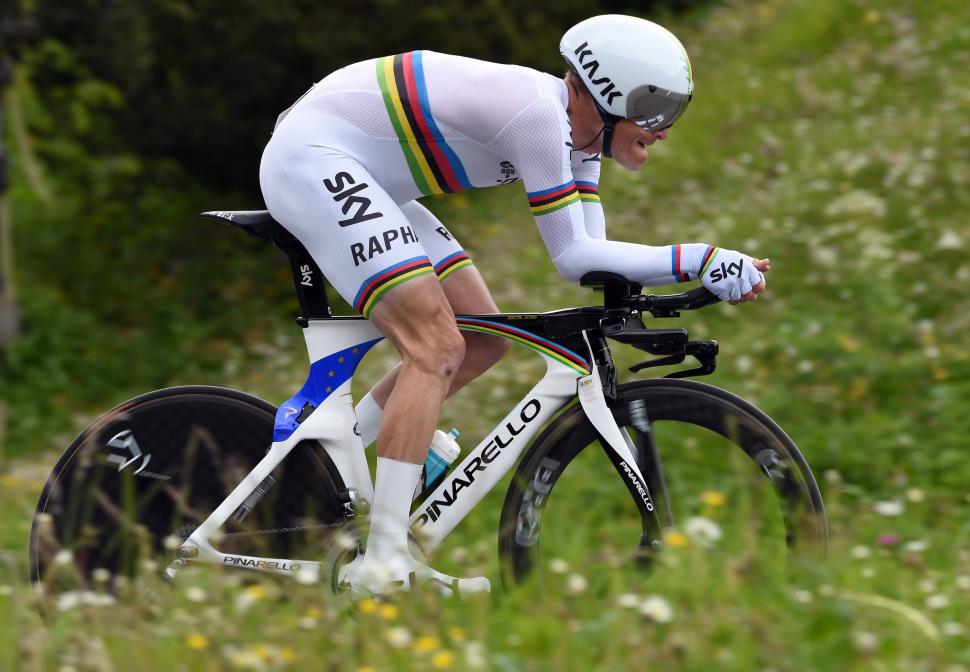 The final product, which is individually fitted to each rider, comprises 15 panels on the long sleeve version and 13 panels on the short sleeve skinsuit, with a combination of four fabrics. It’s used smooth and lightweight fabric on the back panel to also help with breathability, and the seams have been strategically placed to reduce drag.  It claims it is the first company to also use ultrasonic welded seams in a skinsuit.

Rapha claims that the new Pro Team Time Trial Skinsuit is good enough to save 15 seconds over a 30-minute time trial compared to the previous skinsuit, though it doesn’t specify what speed that time saving is gained at.  As with all aero claims, you need to take them with a pinch of salt. 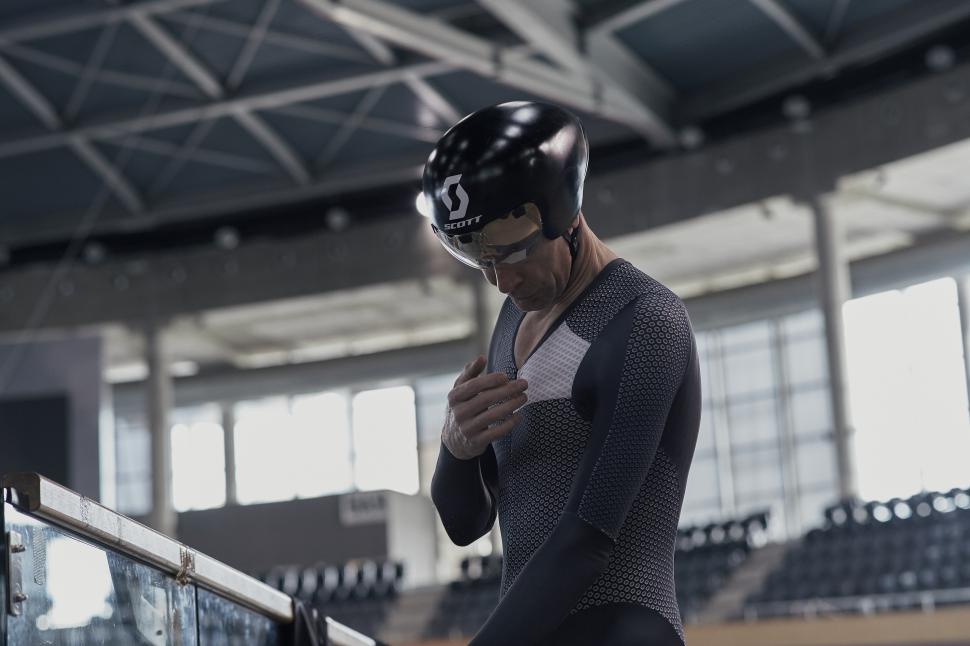 While it’s not clear if a production version of the new Skinsuit will be available to the public, Rapha does remind us that everything it learns in its partnership with Team Sky is used to inform products in its Pro Team Aero range, so expect some new arrivals soon.

Looking at the photos, it’s clear Rapha has used a radical approach to panel shapes and the use of different fabrics in key places.

The back panel is a very light and presumably breathable mesh, with a heavier mesh as you move to the side panels and around the shoulders, and a smoother more conventional fabric on the lower forearms and around the legs. 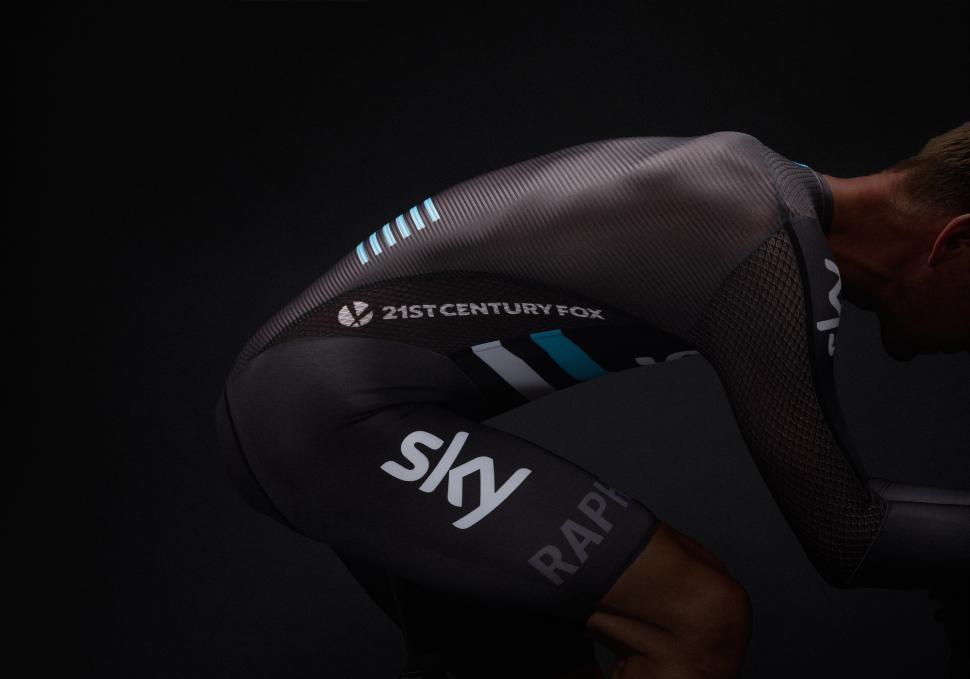 It’s no great secret that the previous Team Sky skinsuits were developed by a certain Belgian company, but that looks to change now that Rapha has developed a new skinsuit that must meet the requirements of Team Sky.

Rapha has been increasingly developing aero products at the request of Team Sky. It first developed the new Aerosuit, a skinsuit with pockets that followed in the footsteps of Castelli’s Speedsuit from a few years ago, and it was first worn by Team Sky last year. 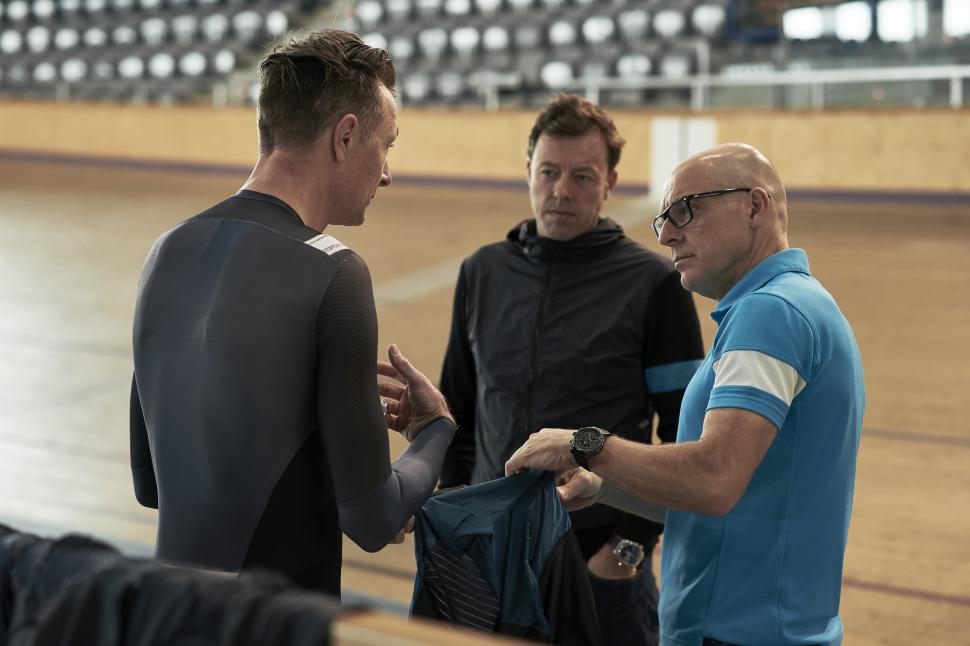 Skinsuits used to be reserved for time trials but we’re now seeing skinsuits with pockets being worn on many flat stages as well, previously it was just the sprinters, but now even general classification racers are looking to them for the smallest gain over rivals.

Presumably, all this work by Rapha comes to nothing because Chris Froome's yellow skinsuit is, we presume, supplied by the classification sponsor Le Coq Sportif. Unless it's a rebadged Rapha Skinsuit. We'll be taking a closer look at the race photos once they come in.