A £2,200 endurance/performance road bike with a Shimano Ultegra groupset
by Mat Brett

The Sallanches64 – hereafter known as the Sallanches – gets its name from the fact that Eddy Merckx became the amateur world champion in Sallanches, France, in 1964. It was the 5th of September, if you’re interested. It says so on the down tube. 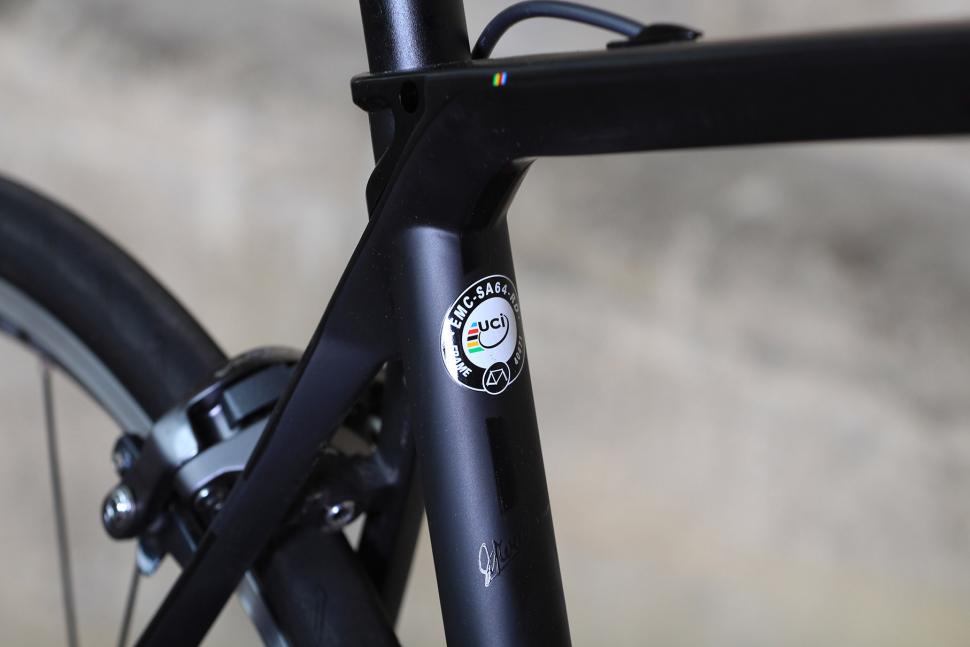 Eddy Merckx – the brand now, rather than the rider – describes the Sallanches as “a carbon racing bike that combines compliance with a high level of stiffness”. The idea is that it balances high performance with endurance.

The frame is a carbon-fibre monocoque with a tapered head tube that’s designed to provide stiffness up front. The upper bearing is 1 1/8in while the lower one is a far more chunky 1 1/2in. 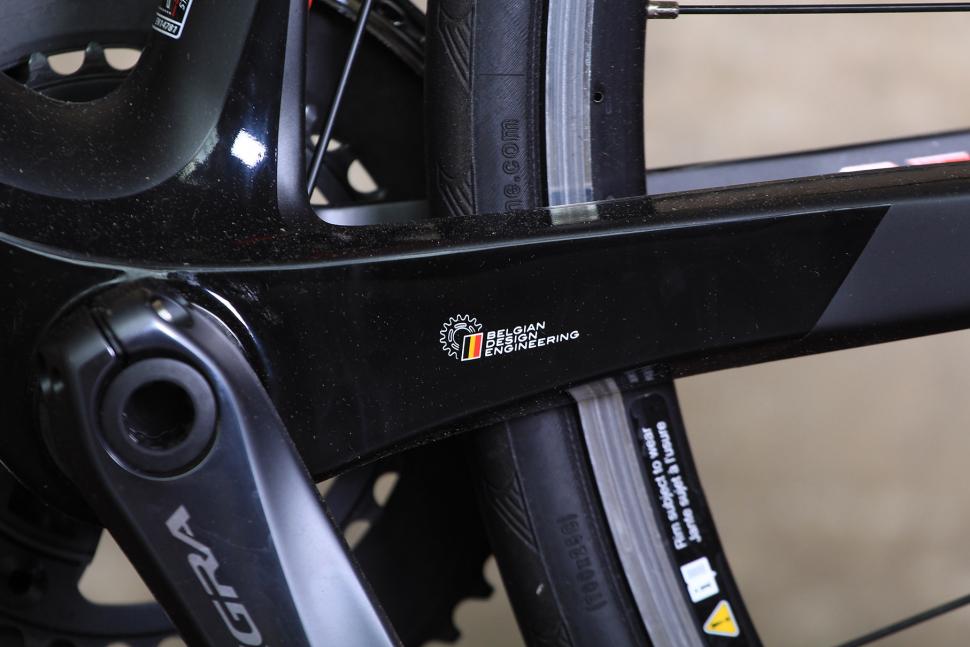 The bottom bracket is Shimano press fit standard while the chainstays are asymmetric. Several brands do this on certain models, the rationale being that the two sides of the bike have to cope with very different forces. 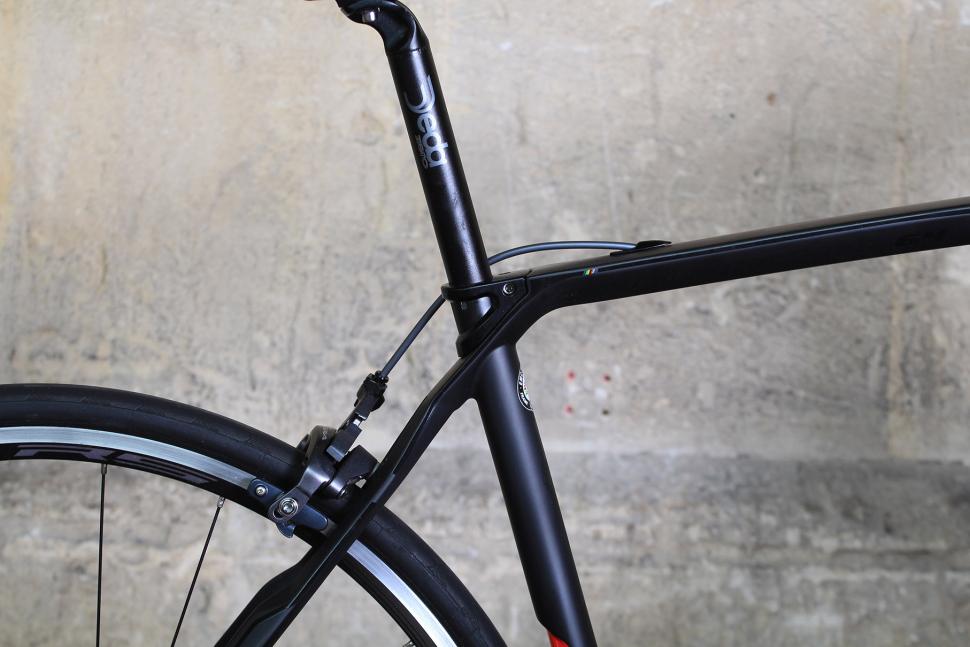 Eddy Merckx says that the seatstays are designed for compliance, 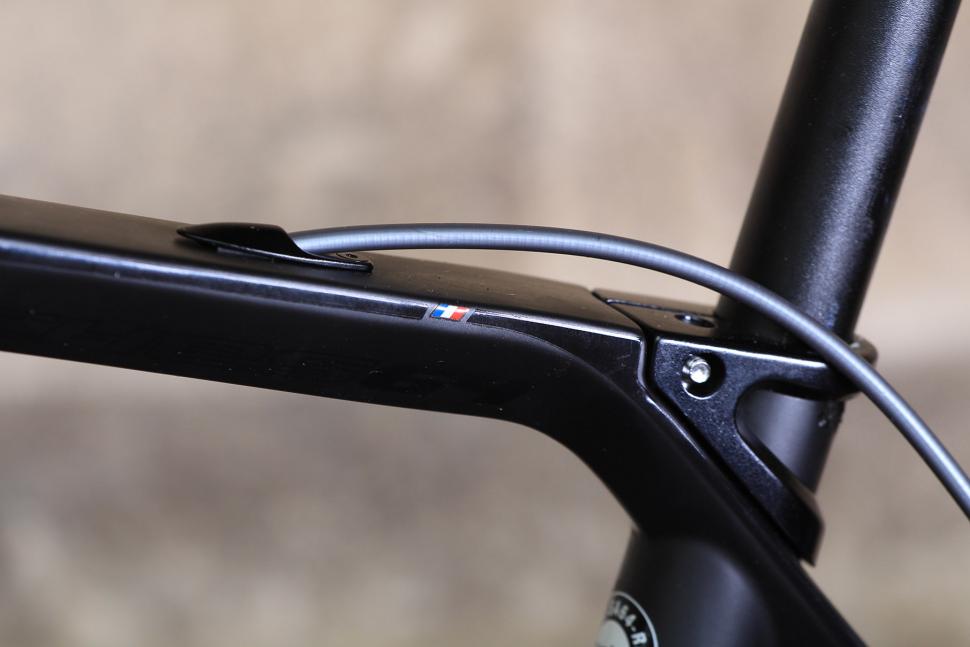 They flatten in profile towards the top, and join the seat tube just below a very neat seatpost clamp that sits flush with the frame. 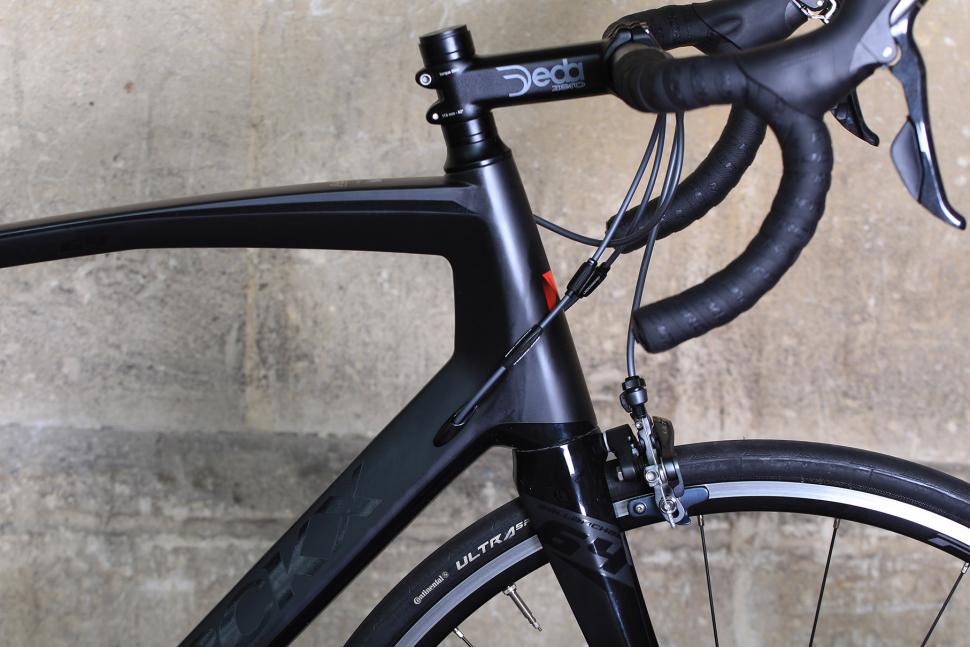 We have the large sized Sallanches in for review with a 502mm seat tube, 561mm top tube, and a 187mm head tube. The stack height – the vertical distance between the centre of the bottom bracket and the top of the head tube – is 583mm while the reach – the horizontal distance between those points – is 381mm. 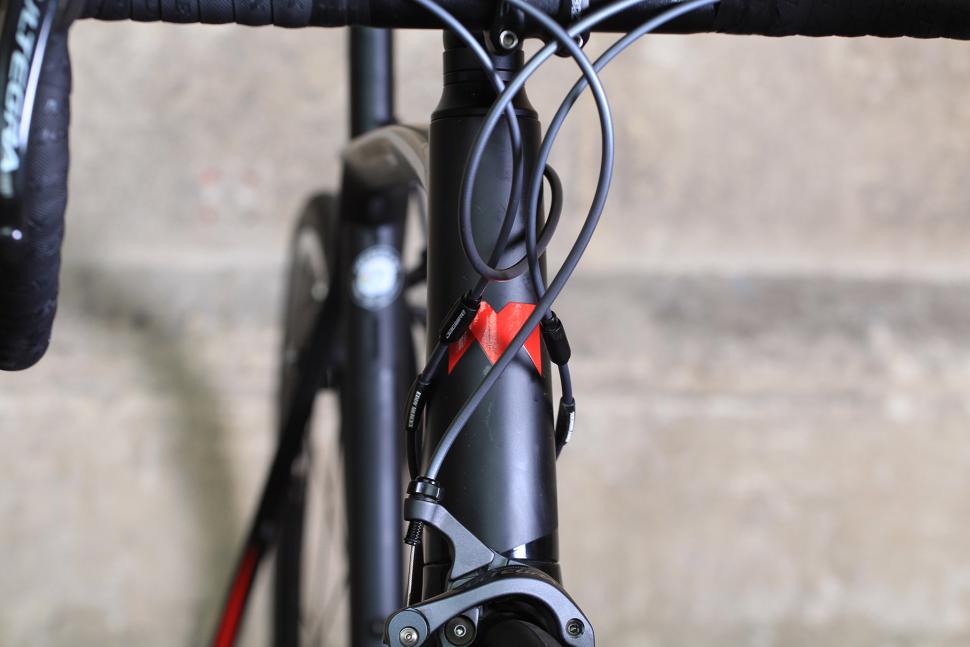 Those figures suggest a ride position that’s a little more relaxed than that of an out and out race bike where you’d expect a slightly longer top tube and a shorter head tube. The result of the Sallanches’ geometry is that you’ll sit a bit more upright, with less strain on your back and neck.

It still looks like quite a performance orientated setup, though, with a 73° head angle and pretty short 410mm chainstays designed to provide sharp handling.

The frame weight suggests a speed-minded bike too, Eddy Merckx claiming that it’s 990g with the carbon monocoque fork coming in at 360g. Our complete bike weighed in at 8.3kg (18.3lb). 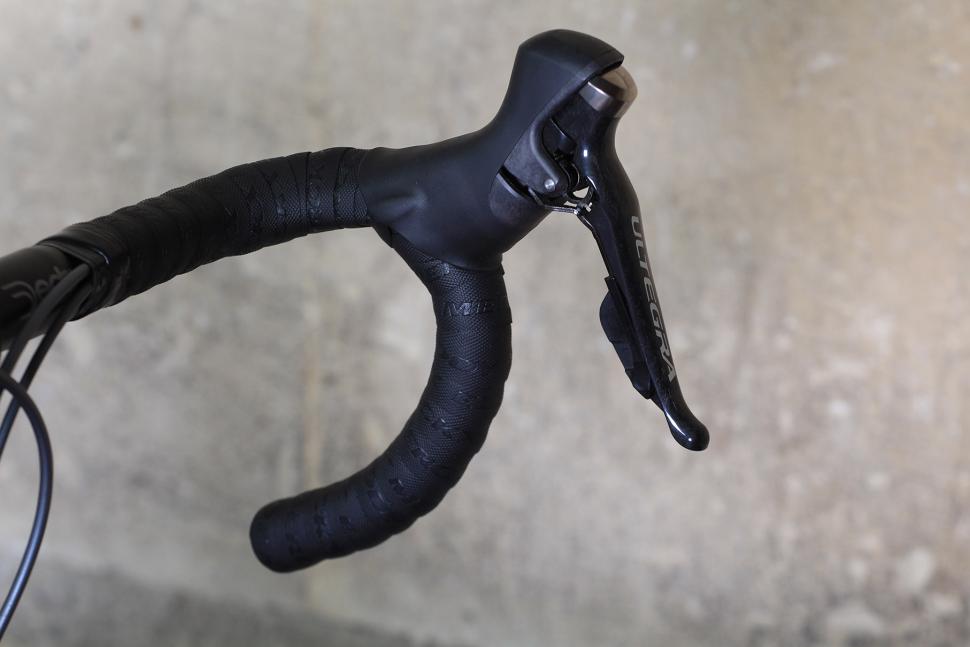 The Sallanches is available in a mid-level Shimano 105 build for £1,799, or built up with a Shimano Ultegra groupset, as ours is. Ultegra is the second tier road lineup from the Japanese component giant. The shifters, derailleurs, brakes and chainset are all Ultegra, while the cassette is 105, the next level down. 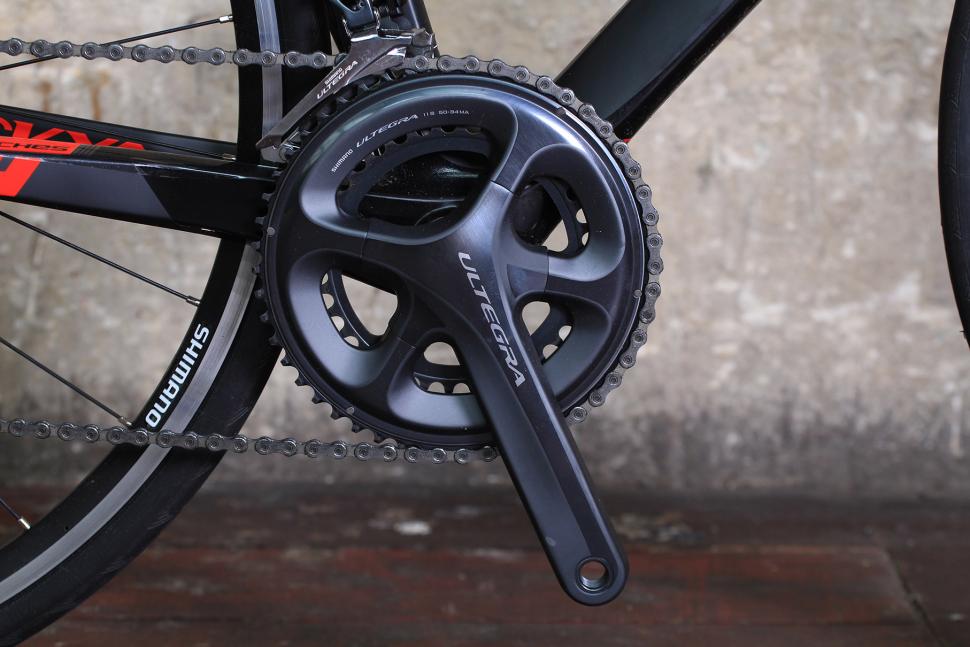 That Ultegra chainset is of the compact variety with 50-tooth and 34-tooth chainrings. Matched up to an 11-28-tooth cassette, it gives you some fairly small gears for grinding up the climbs although there are bikes out there with smaller. Ultegra and 105 both offer cassettes with a maximum sprocket size of 32-tooth, but that would, of course, give you some larger gaps between gears. You pays your money and you takes your choice on that one. What’s right for one person isn’t necessarily right for another. 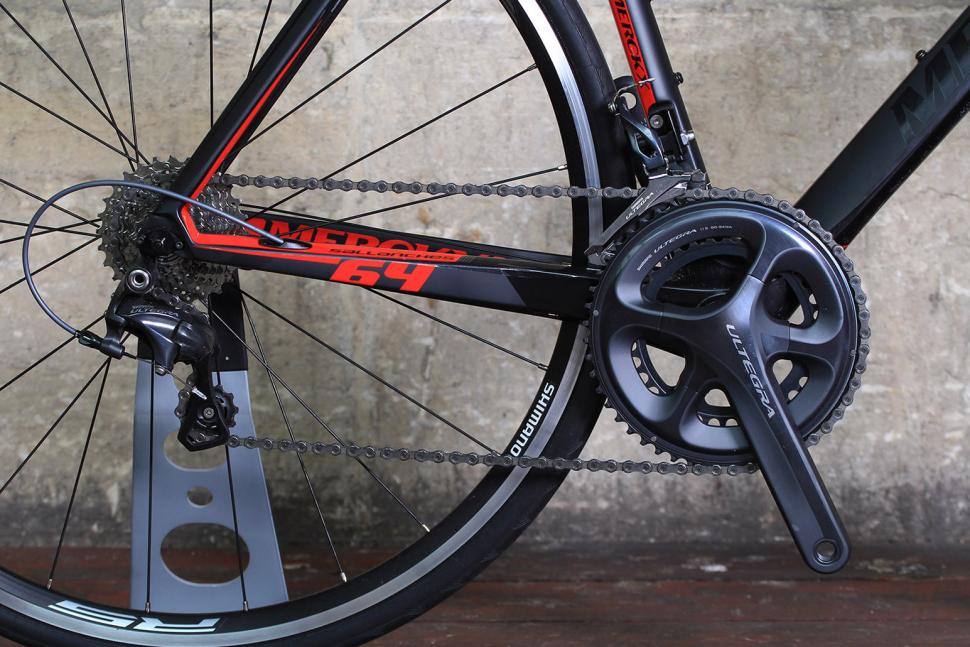 The short cage rear derailleur can handle a maximum sprocket size of 28 tooth meaning that you couldn’t just fit a wider ranging cassette if you later found that you needed one. In other words, make sure the gearing is right for you before spending your money. 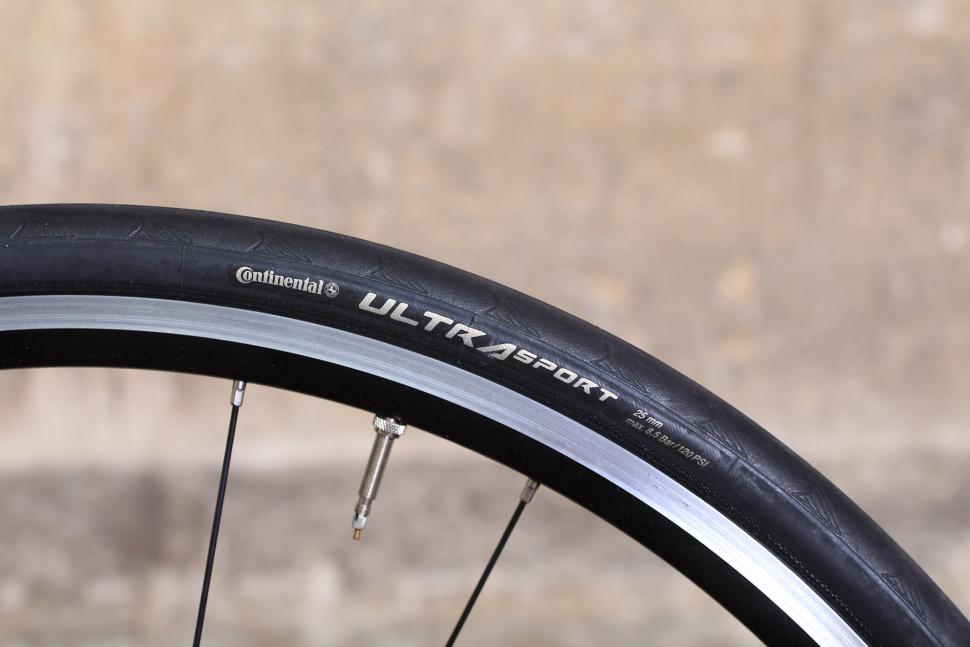 The WH-RS010 wheels are from Shimano too. They’re an entry level option with 24mm deep aluminium rims. The wheels aren’t especially lightweight – 789g (front) and 1,080g (rear), claimed – but in our experience Shimano wheels tend to be durable and reliable. If you could use these for training and have something lighter for special occasions, lucky you.

The tyres are Continental Ultra Sport IIs. Like the wheelset, they’re an entry level/training option, but we’ve always found them reasonably supple and the 25mm width is bang on trend. The vast majority of sports-focused road bikes ridden by everyone from complete beginners to Tour de France racers now roll on 25mm tyres for a little more comfort and grip than you get with 23s. 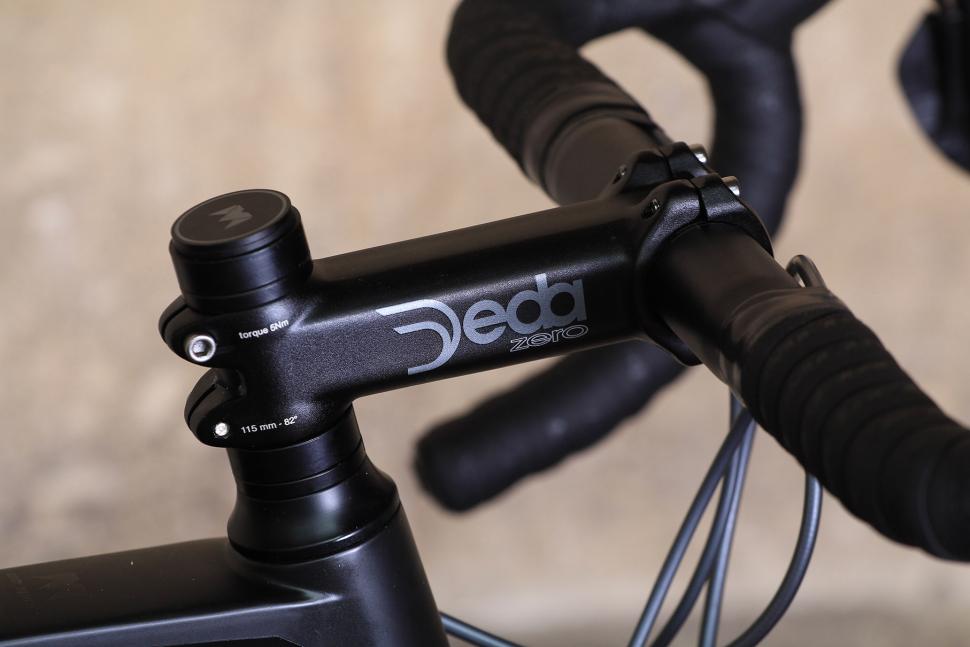 The handlebar, stem and seatpost are all aluminium choices from Deda while the saddle is from Prologo. 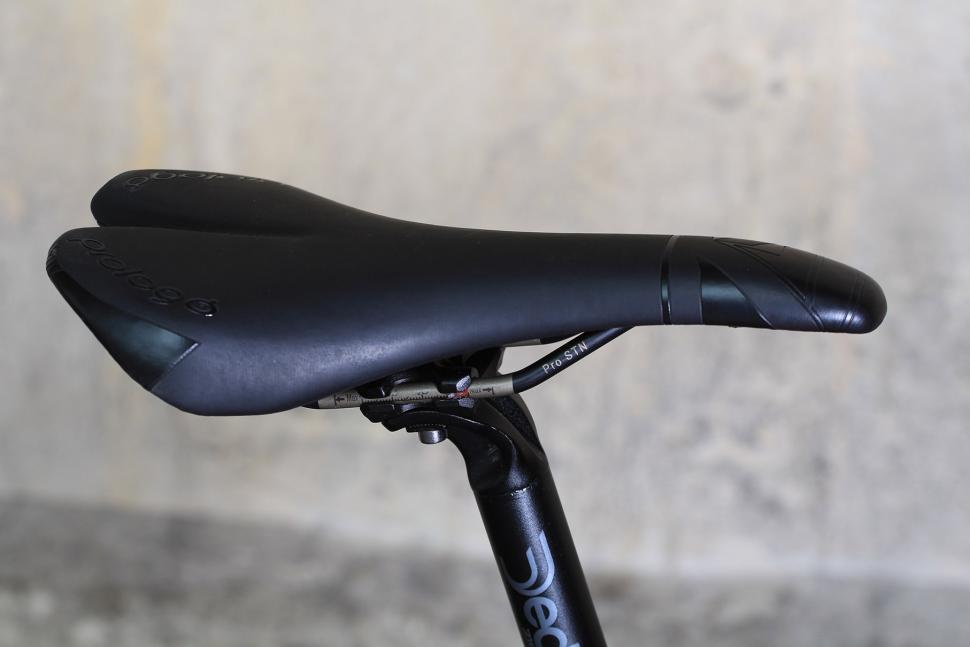 Of the bikes that we’ve reviewed on road.cc recently, the closest in price to the £2,199 Eddy Merckx Sallanches is the £2,299 Look 765 that we reviewed. Like the Sallanches, it has a full Ultegra groupset and an endurance geometry although the ride position is quite a bit more upright, though. That’s neither good nor bad, it just depends what you’re after, which is why we’d always advise you to take a bike for a test ride before you hand over the money. 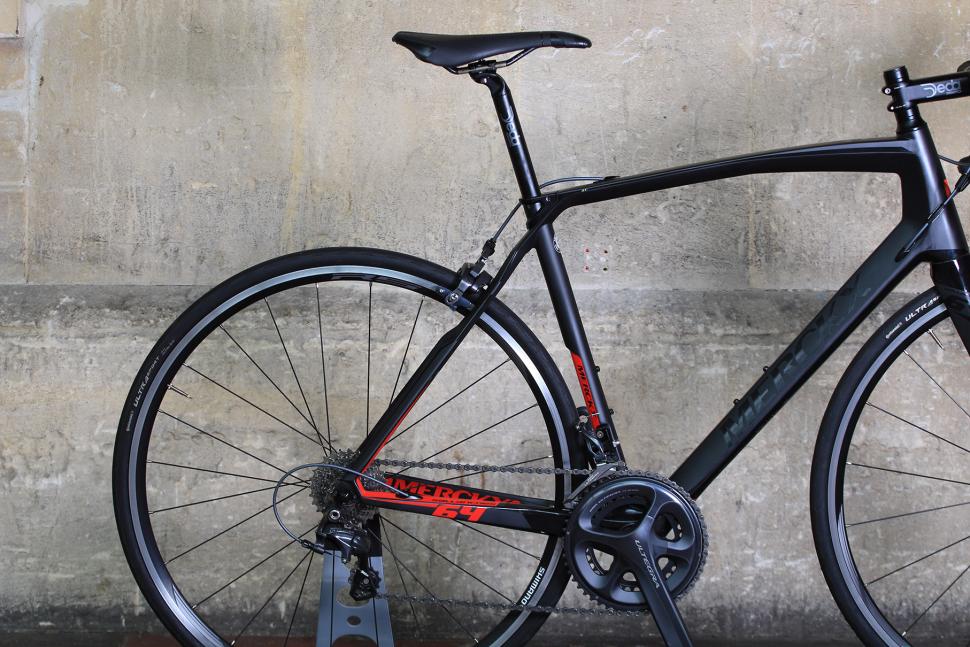 The £2,300 Merida Scultura 6000 that we reviewed is a lightweight race bike with a carbon-fibre frameset that we described as ‘truly stunning’. Like the Sallanches, it’s build up with Shimano Ultegra shifters and derailleurs although the brakes and chainset are from other brands. Despite a few component compromises, it’s a really impressive bike.

Right, that should put the EddyMerckx Sallanches into a bit of context for you. Now we need to go and get it out on the road. We’ll be back with a full review soon.