The Marin Gestalt 3 has arrived for review here at road.cc, a £1,500 gravel bike with a SRAM 1x groupset and hydraulic disc brakes. Let’s take a look before we venture out on it.

Marin describes its Gestalt line-up as ‘Beyond Road’ bikes. We have loads of different ways of describing bikes like this now: gravel, adventure, EnduRoad…  For what it’s worth, I quite like the term ‘rugged road bike’ in that it sums up the genre pretty well. Anyway, the point is that the Gestalt bikes are designed for riding on asphalt and for those times “when you peel off the pavement and explore that piece of dusty doubletrack that has always intrigued you,” as Marin puts it. Normal roads plus other stuff, then. Most of the tubes are pretty much round in profile although the top tube is squashed down in its central section and it tapers massively from front to rear. 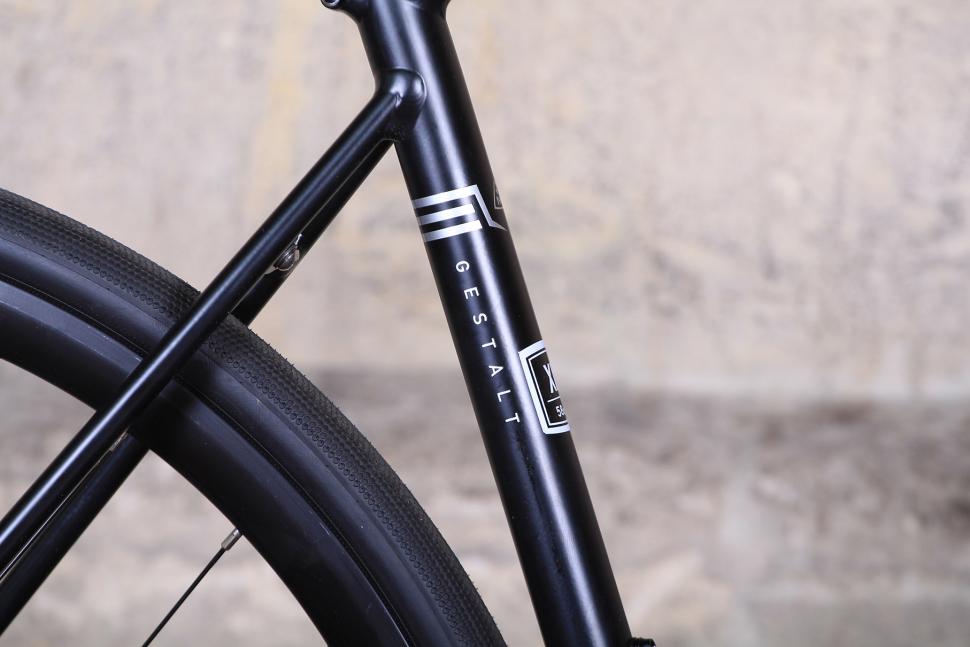 Marin says that its Series 4 frames, of which this is one, are specifically designed for a smooth and comfortable ride. Mind you, we’ve yet to hear a manufacturer boast of a rough and uncomfortable ride. Still, the super-skinny seatstays look as if they might offer some give at the back and a slim (27.2mm diameter) carbon seatpost has been specced for the same reason. We’ll see how this translates into ride quality when we get the bike out on the road. And the track. 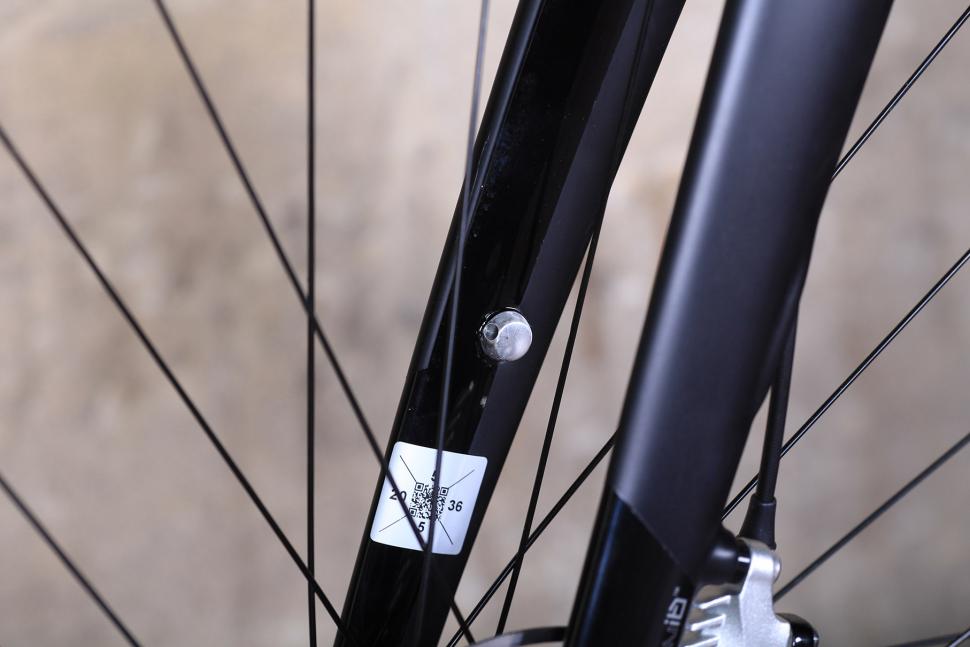 The frame and fork both come with mounts for rack and mudguards which always add to a bike’s versatility. Whether you’re interested in light touring or commuting, they’re likely to come in handy. The bike is fitted with Schwalbe G-One 30mm wide tyres and you get acres (it’s a technical term; we’ll be more specific once we’ve tried out a few different wheel/tyre combos during testing) of clearance if you’d prefer something wider. 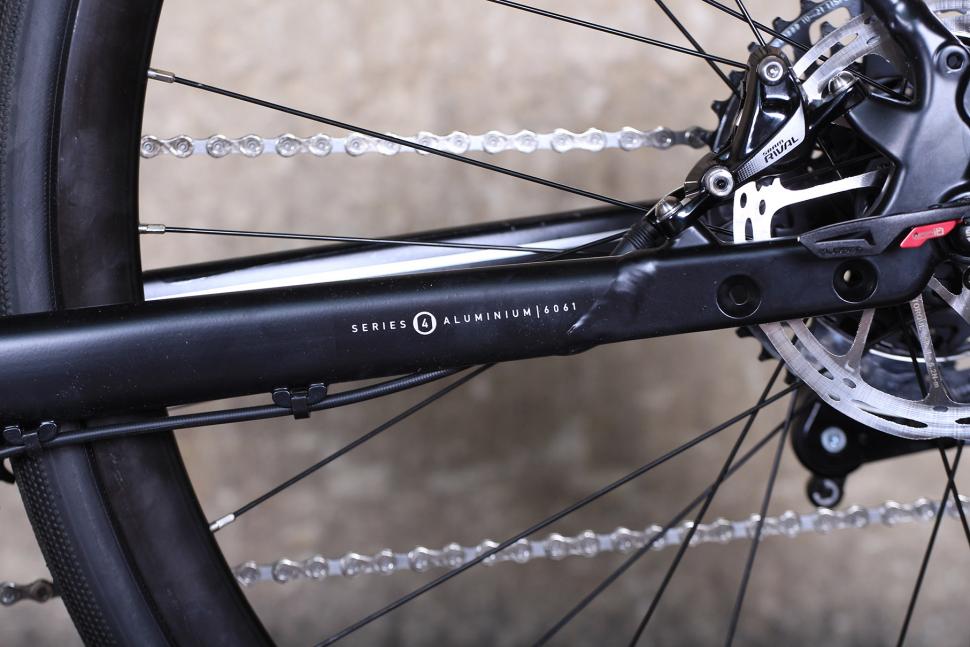 Both the frame and the fork take thru axle wheels (the dropouts are closed rather than open-ended). They’re held in place by a Naild Locking system. To remove a wheel you press a spring loaded trigger before opening the quick release lever. If you don’t press it, the wheel is locked in place so it can’t work loose accidentally. You then twist the lever a quarter-turn and remove the axle, allowing the wheel to drop out. Although it works differently, this is similar in operation to the Focus RAT system.

Here’s a video of it in action.

It appears to be super-secure and it’s simple to use once you know how.

The Gestalt 3 is fitted with a SRAM Rival 1 groupset, Rival being SRAM’s third tier road offering. The 1 in the name means that it’s 1x (pronounced ‘one by’) with just a single chainring matched up to an 11-speed cassette. 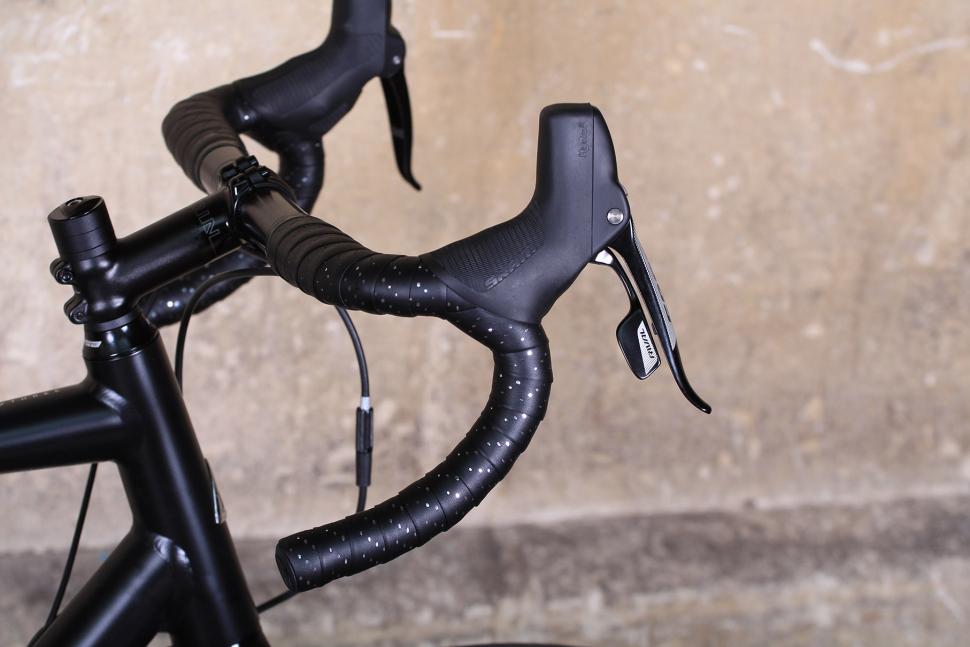 The Gestalt 3 has a 42-tooth chainring and a very wide ranging 10-42-tooth cassette to give you a large spread of gears (without any duplication, obviously). 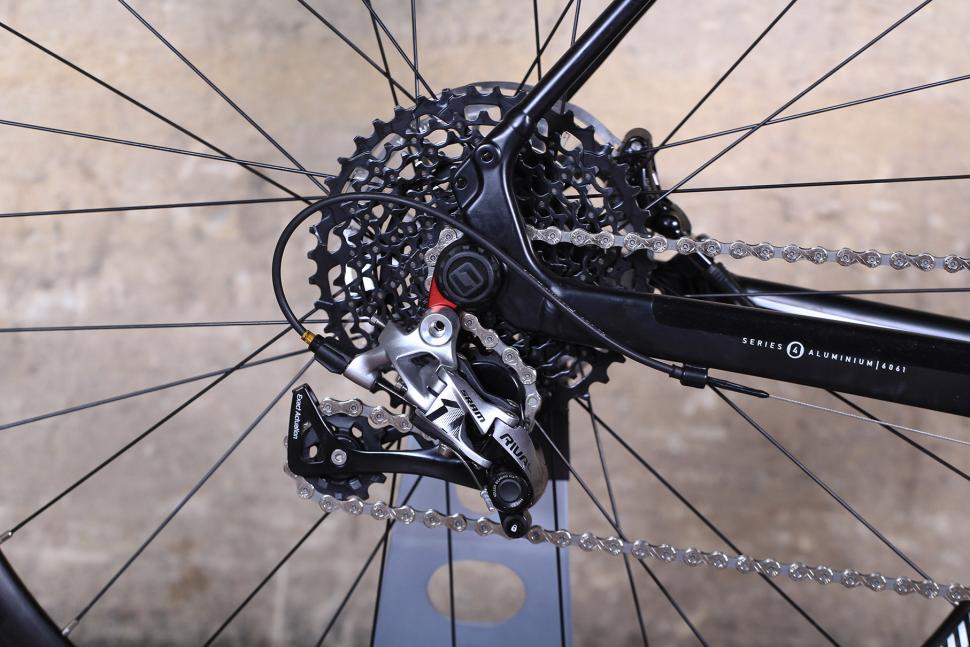 Braking comes courtesy of SRAM’s hydraulic discs. Some people don’t like the look of the tall hood that houses the master cylinder, but we’ve had no issues in the past with performance. They’re post mount which is a system that’s starting to look a little dated now that flat mount has become dominant. 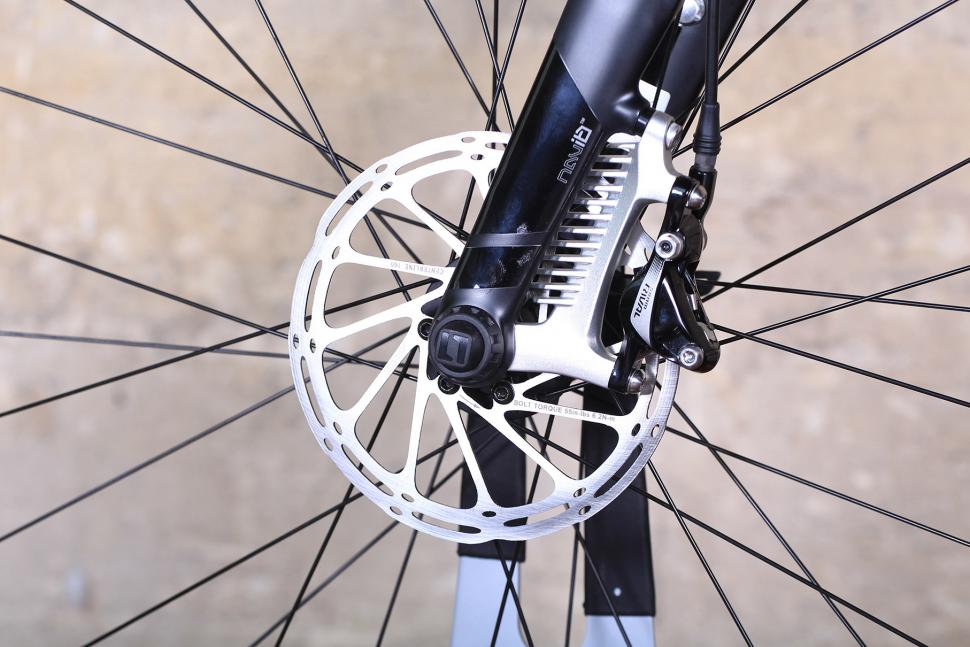 The rest of the components are Marin branded, including the aluminium alloy stem and handlebar and the cutaway saddle. The Gestalt bikes are available in six sizes from 50cm to 60cm. Our 58cm model has a seat tube of 530mm (shorter than it otherwise would be thanks to a sloping top tube), an effective top tube (measured as if it was horizontal) of 585mm, and a 190mm head tube. If you’re a fan of figures, that gives a stack/reach of 1.56. That suggests quite an upright riding position, but no more so than many other bikes of this type.

We’ve reviewed a couple of rugged road (or adventure, gravel, or whatever else you want to call them) bikes at similar prices on road.cc recently. 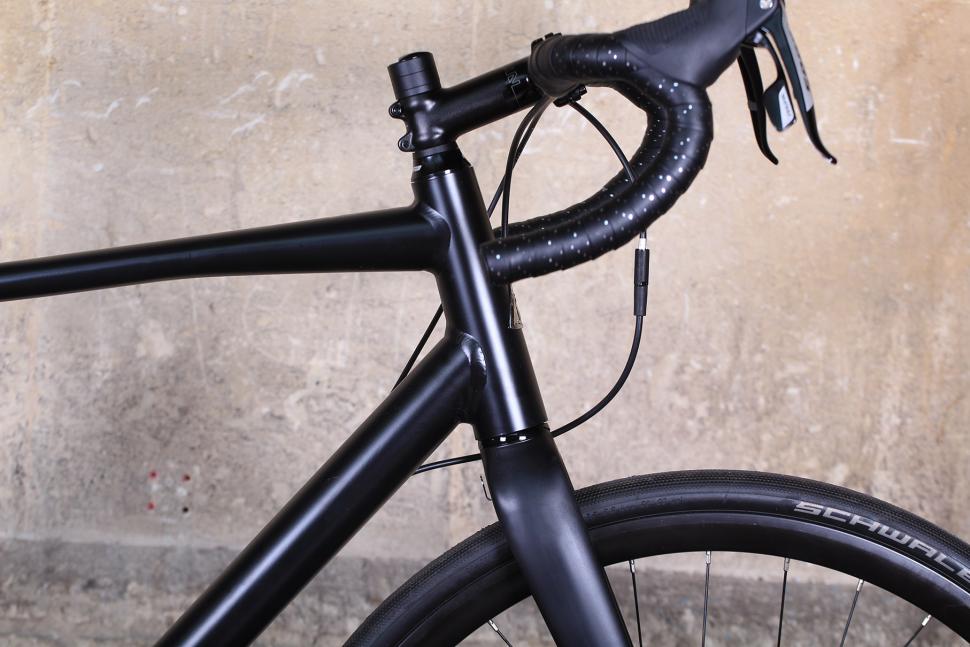 The Tifossi Cavazzo (£1,474.00) is built around a carbon-fibre frameset. It has a Shimano Tiagra groupset and Avid BB7 mechanical disc brakes. We concluded it’s a solid gravel/all-season bike that's a lot of fun, although hydraulic disc brakes would add to the appeal.

The Pinnacle Arkose 4 (£1,300) is an all-round, general purpose bike with a cyclo-cross DNA. You get a 6061-T6 heat treated aluminium frame, a full carbon fork, a Shimano 105 groupset and Shimano’s BR-785 hydraulic disc brakes.

The Pinnacle’s Shimano 105 groupset is roughly of a similar level to the Marin’s SRAM Rival.

Dave Arthur reviewed the Pinnacle and his verdict was, “A thoroughly enjoyable ride that is happy on the road or in the dirt, with hydraulic brakes and big tyre clearance.” Right, all this jibber jabber isn’t getting the Marin Gestalt 3 tested. We’ll be back with a full review once we’ve got the miles in.