The custom paint job was designed by Specialized’s Ron Jones, who drew inspiration from Marcel Kittel’s Harley Davidson motorbike, the team work which helps to deliver him into the final sprint in prime position to deliver his explosive speed, and a dose of science. 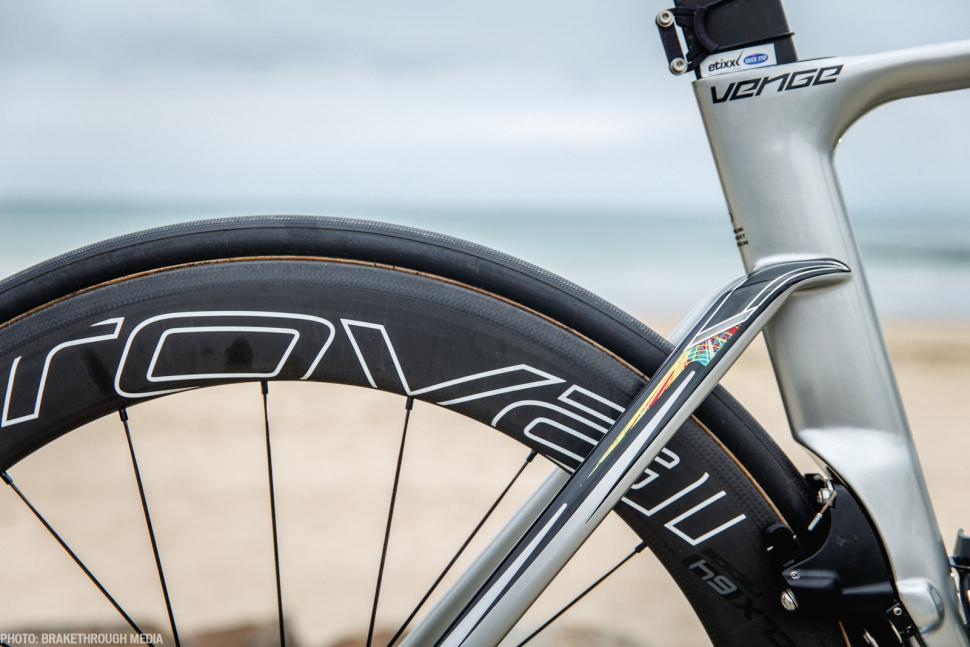 “When brainstorming we covered topics from teamwork to his Harley Davidson which lead me to the idea of explosive speed,” says Ron Jones. “I spent some time researching this subject and came across the CERN particle accelerator and some of the experiments performed there. They shoot electrons towards each other at the speed of light and record the impacts which create these awesome explosive graphics.” 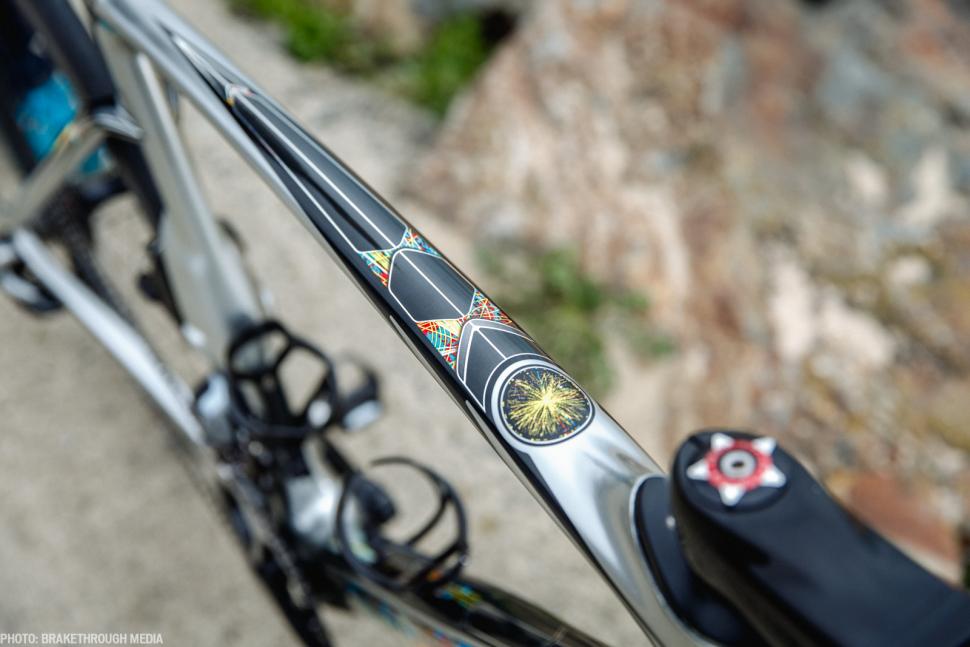 Against a sleek silver backdrop created using a liquid silver paint similar to that used for some F1 cars, is a colourful S-Works logo on the down tube as well as “futuristic spacecraft looking darts and shapes” dotted around the frame, including on the fork blades, top tube and seat stays. 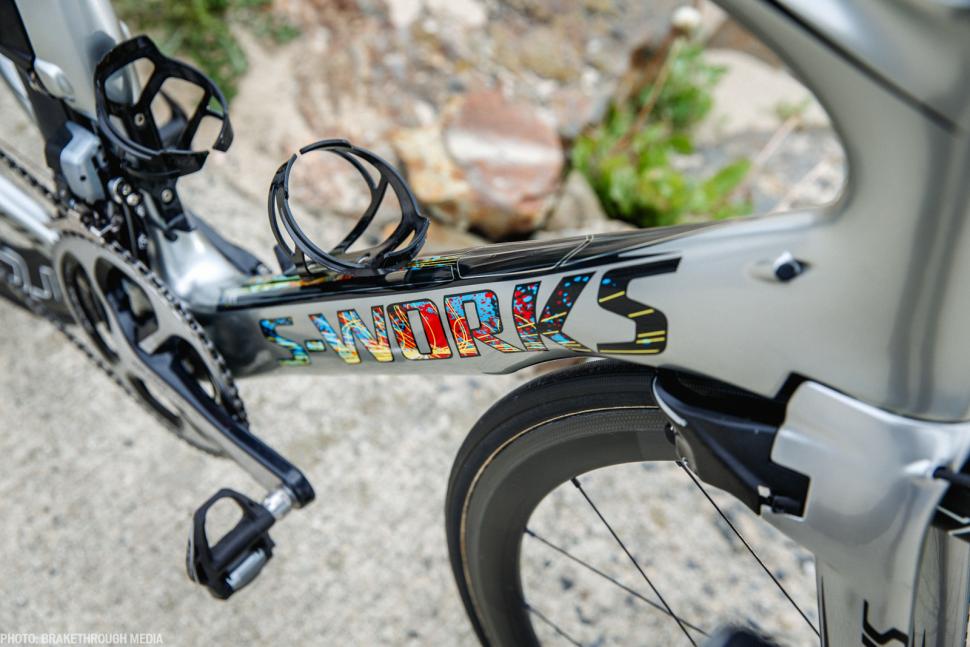 Marcel Kittel was understandably happy with his new bike. He said: “I like this bike a lot and I really thank Specialized for having prepared it for me right before the most important competition of the year.” 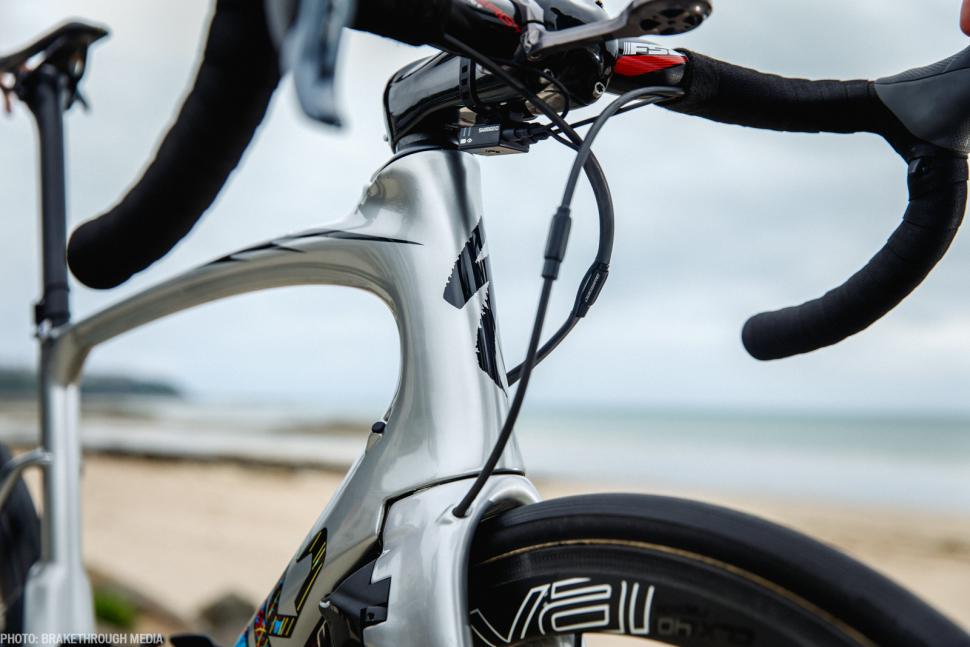 “It will be an extra motivation for the race. What impresses me the most about this bike is the contrast between the alloy coloured frame and the applied decals. They are an explosion of colours and they represent in a way what happens in a sprint, an explosion of power and speed. It’s also in part what happens to your muscles when you break into a sprint. I’m happy that this great project has become a reality.” 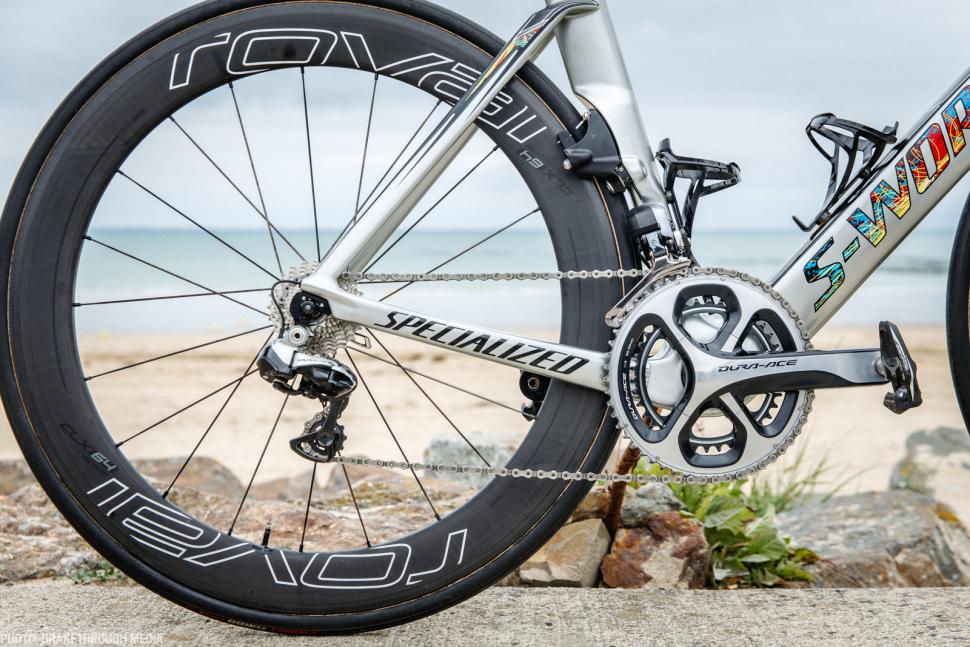 Otherwise, it’s business as usual, with a Shimano Dura-Ace Di2 groupset with a 4iiii crank-based power meter - not pictured on this bike because it’s his spare bike, but otherwise identical to his race bike. Wheels are from Specialized’s own Roval wheel brand with Specialized Turbo 24mm tyres. Unlike Sagan who uses the aero stem and handlebar developed in conjunction with the Venge ViAS frame, designed to house all the cables inside the bar and stem and reduce drag, Kittel opts for a more conventional setup. 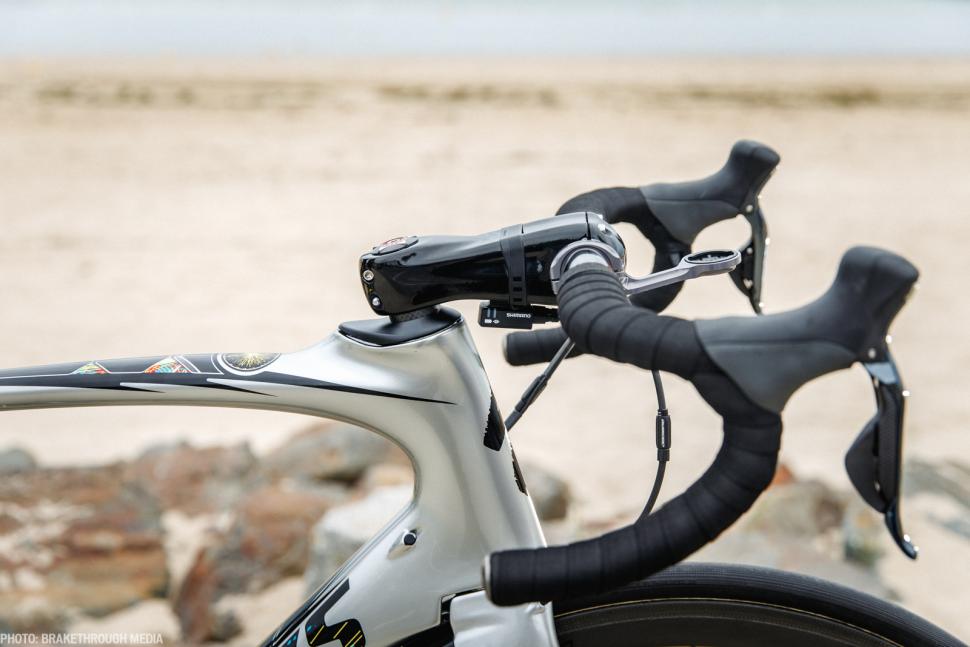 Though it doesn’t keep the team sponsors happy, the German sprinter favours a Zipp Sprint SL stem with an FSA Energy Compact handlebar, aluminium, as is the preference of most of the sprinters. This means the cables aren’t internally routed and will likely cause a bit more drag, but without time in a wind tunnel, we can’t be sure how much difference this actually makes. Kittel avoids the usual pro trend for a lengthy stem, with a 120mm stem fitted to his 58cm bike. He uses a K-Edge out-front mount to fit his Garmin computer. The junction box for the Di2 groupset is strapped to the bottom of the stem. 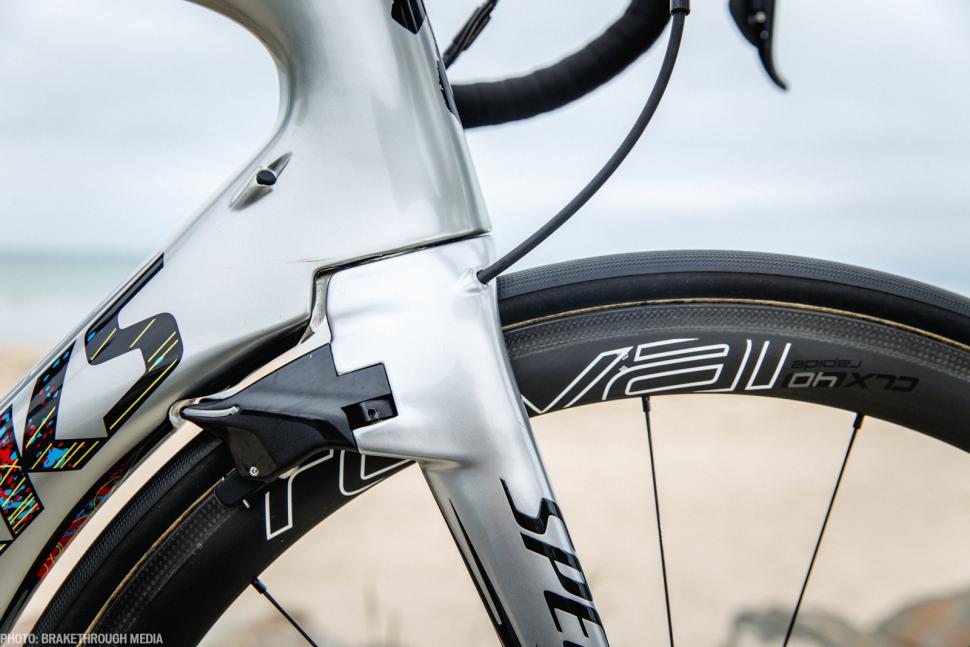 His bike also benefits from the update brakes, developed by Specialized over the past few months and delivered to the teams just before the Tour de France got underway. Changes include uprated bushings and longer springs, which provides better braking performance and lever feel. 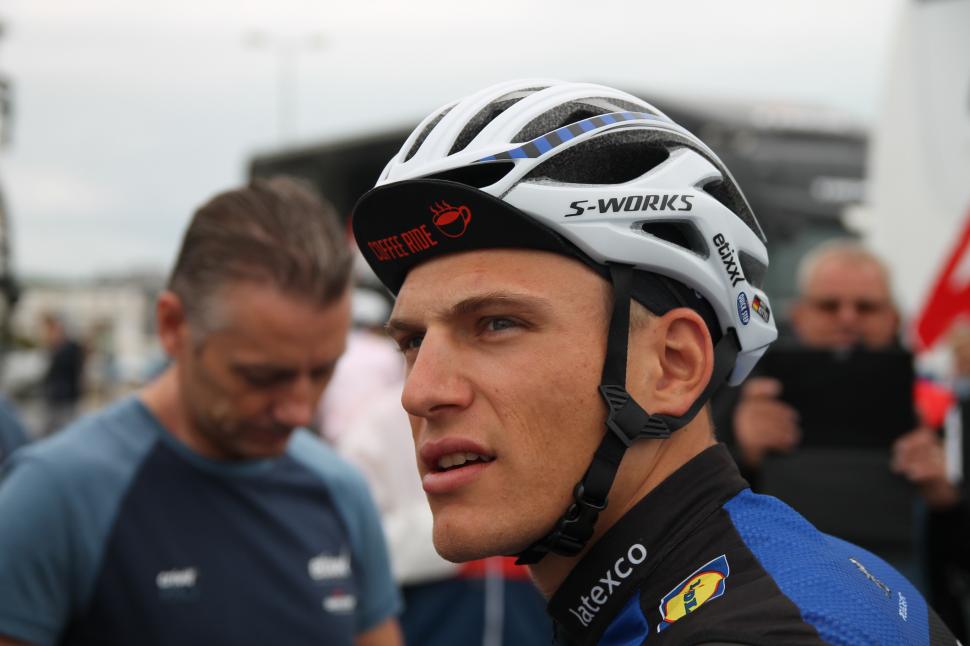 Kittel looked very relaxed before the start of the Tour de France, and drew a huge crowd as he rolled out for a final training ride.