SpeedX came visiting road.cc yesterday to show us the initial two innovative bikes in its range, the Leopard and the Leopard Pro. You may remember us reporting earlier in the year that SpeedX looked for funding for these two bikes on Kickstarter and achieved its target in two hours. SpeedX was looking for US$50,000 (around £35,500). 1,251 backers pledged a total of $2,319, 876! SpeedX is aiming to fulfil these initial orders in the next few weeks before making the two bikes available to buy directly from www.speedx.com some time in July. The Leopard (the blue one in these photos) will be about £1,000 while the Leopard Pro (the black 'un) will be around £2,000. The two models are based around the same T800 and T1000 carbon-fibre frame. The Leopard is built up with Shimano’s mid-range 105 groupset while the Leopard Pro gets Ultegra Di2 (electronic shifting) components. 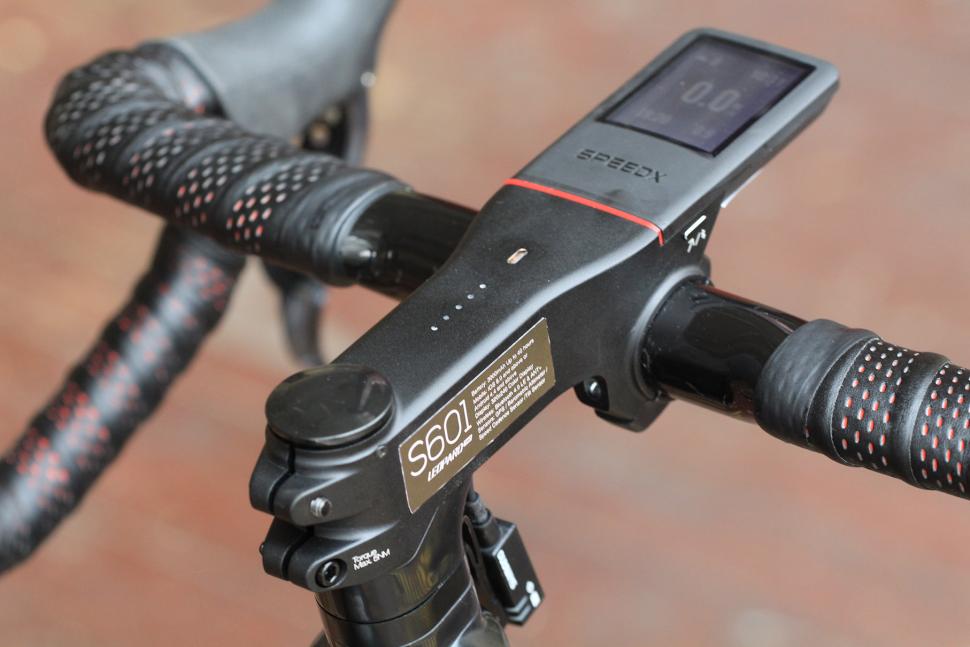 We didn’t get the chance to ride either of the bikes but they certainly look the real deal. We should get a bike in for review in a few weeks, and the ride is what it’s all about, of course. 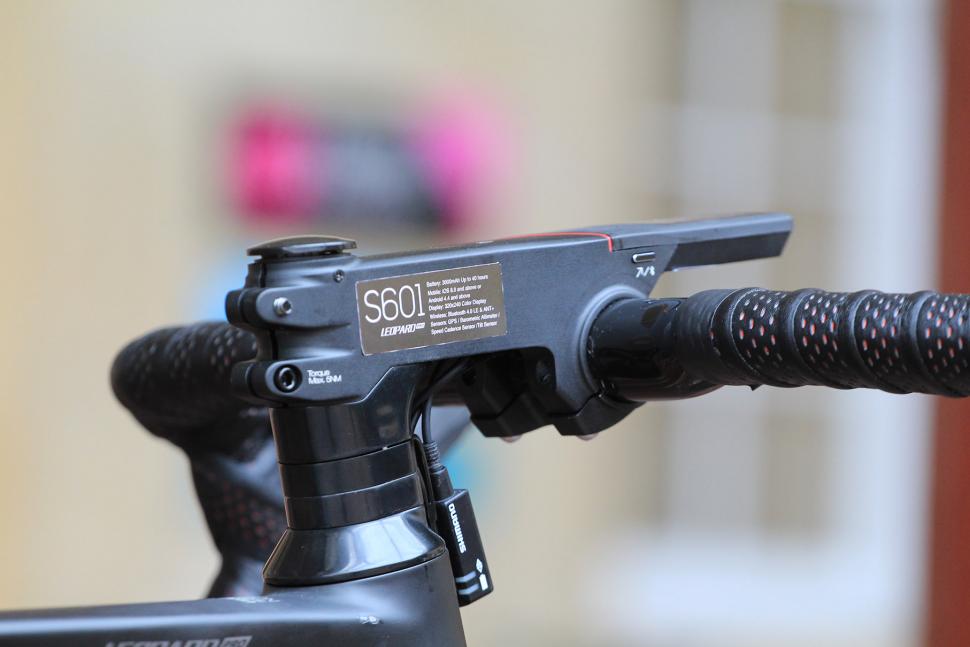 Go to our earlier story to find more details on the two bikes.

One of the most interesting features of each bike is the Smart Control computer that mounts very neatly – almost seamlessly – to the front of the stem. It gives you your speed and cadence (thanks to magnetic sensors) along with time, distance, altitude, temperature, and more. The info is shown on a 2.4in display. You can scroll through the data by pushing a button at the top of the fork’s steerer tube, where the headset top cap would usually be. Downloading the SpeedX Cycling App (Android and iPhone) gives you GPS, speed, calorie and distance tracking. It also allows you to “communicate, compete, and share routes with cyclist from around the world,” and to share your progress and routes on Facebook, Twitter and Instagram. 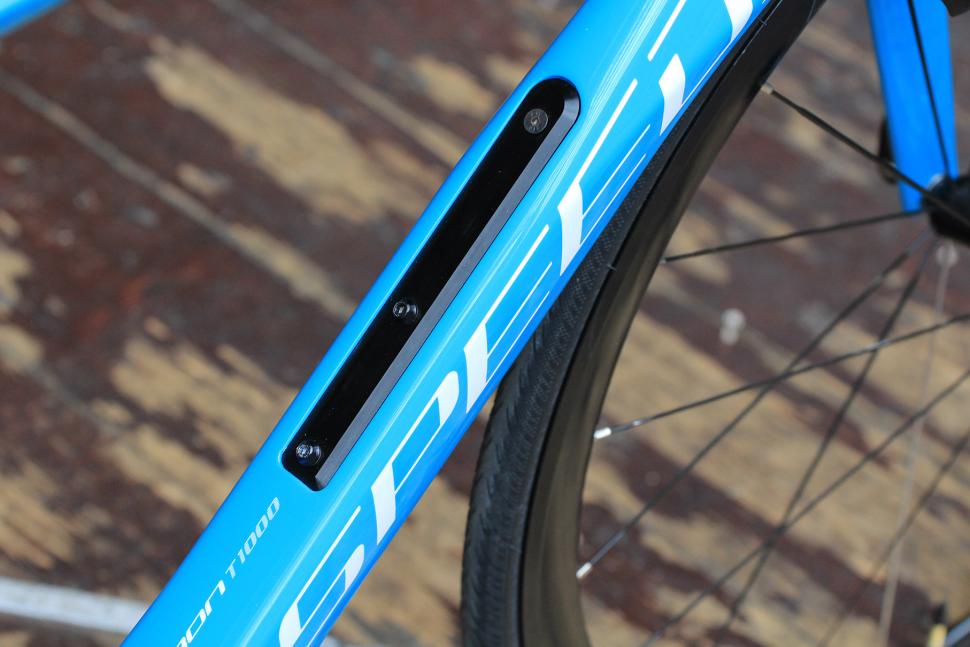 If you like, you can transfer your ride data to third party sites.

You can connect the Smart Control with ANT+ and Bluetooth devices: heart rate monitors, power meters, and so on.

SpeedX says that it lost money on its Kickstarter campaign. So why do it? First, to get the brand out there in the marketplace; an awareness exercise. The second reason relates to the app. SpeedX wants people to buy the bikes, use the app, and so tie themselves to the brand long-term. Plus, if you sign up to the app, that gives SpeedX the opportunity to offer you a range of upgrades and new products over time. That’s the way its business model works. 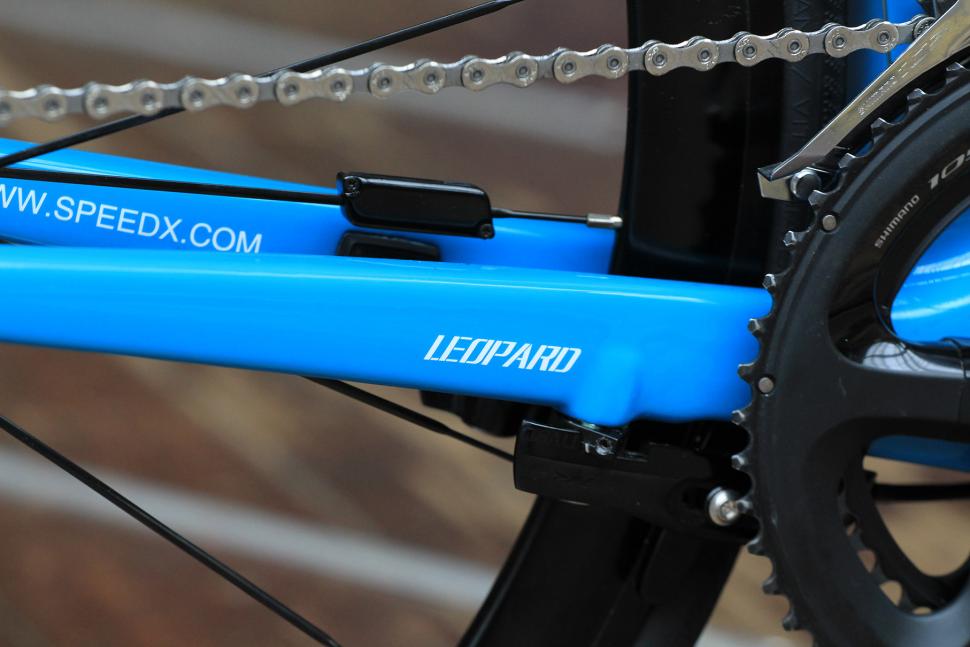 SpeedX is launching an aluminium Leopard later in the year – we don’t have a price on that yet but it will be cheaper than the existing carbon-fibre Leopards – along with a Mustang mountain bike. Each will come with an integrated computer; that’s very much part of the deal. 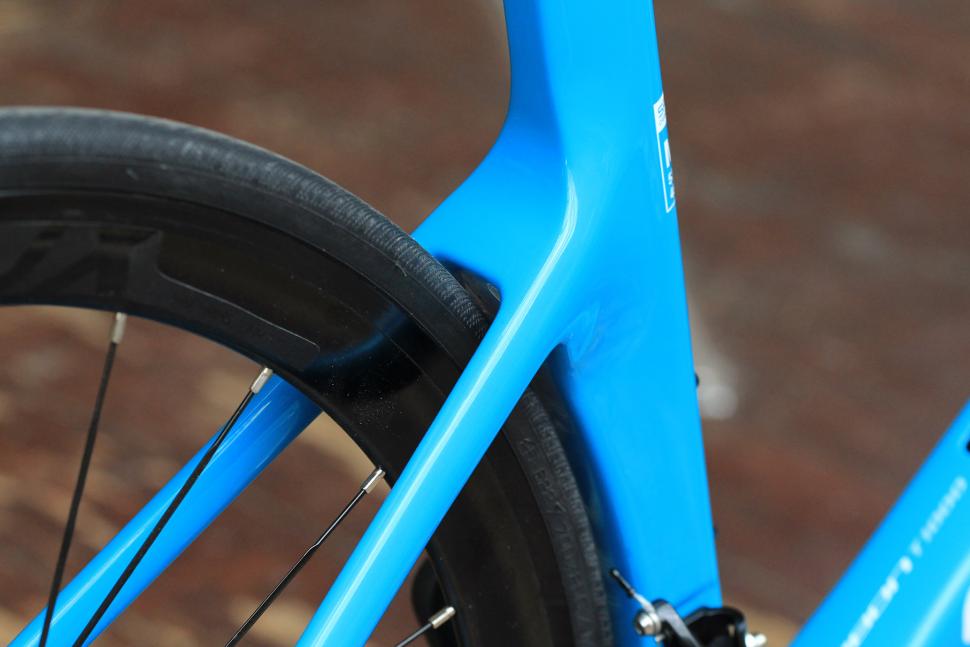 A higher level road bike will be made available via Kickstarter in August. We don’t have details on that one yet but we’re guessing it’ll be equipped with either Shimano Dura-Ace or SRAM Red, possibly the eTap wireless version. SpeedX says that it plans to expand the range further and possibly sponsor a high level pro team in the near future. It’ll be interesting to see how things develop for a brand that is plainly hugely ambitious.