Team Sky’s Mikel Landa will tomorrow give Pinarello’s latest version of the Bolide TT bike it’s first competitive run out in the time trial stage of the Giro d’Italia.

The new bike is the latest evolution of the Bolide first launched at the Giro in 2013. The latest Bolide, says Pinarello, draws heavily on lessons learned while putting together the Bolide HR - the machine Sir Bradley Wiggins rode to set the Hour Record (hence the ‘HR’ but you’d guessed that) at the Olympic Velodrome in London last year. 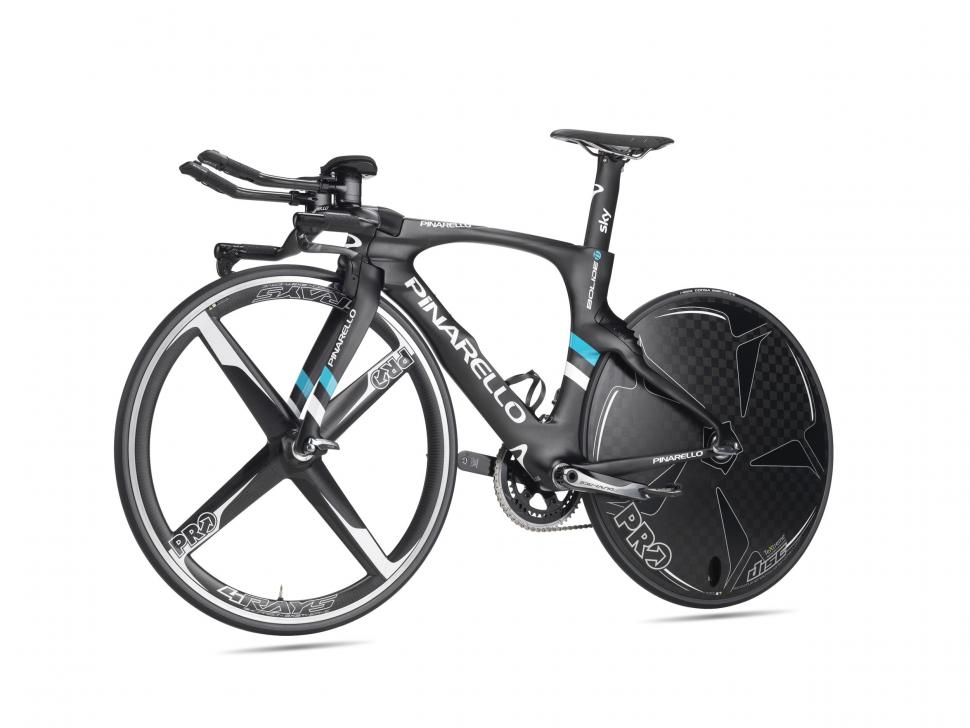 As you’d expect Pinarello are claiming a reduction in drag over the previous version - although no figures have been given on that (the original Bolide claimed a 15% drag reduction over the Graal which it replaced). Interestingly Pinarello also say the new bike is 350g lighter - a fairly considerable weight reduction even for a TT bike where overall weight isn’t usually considered the over-riding performance factor.

So, you ask, how’s it different? Well, we’ve only got the pics Pinarello supplied plus their press release, to compare with previous versions, but they point to a redesigned down tube with a concave mid-section that allows for a closer fit between the water bottle and the bike frame - which presumably cuts down on turbulence. 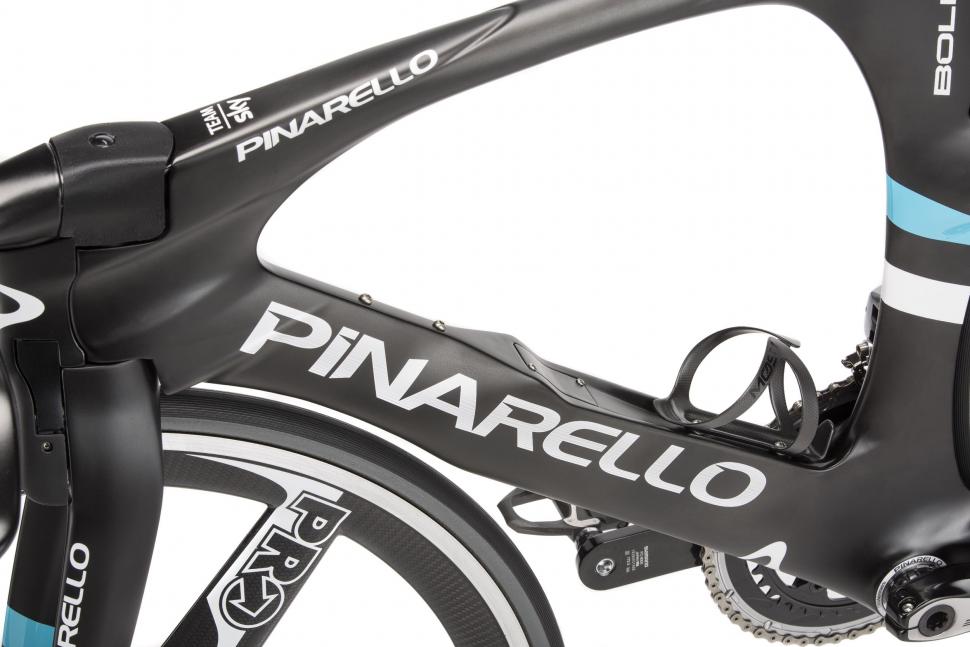 The front end of the bike has a much more sculpted appeareance than the original Bolide which was an altogether more angular affair and the frontal area cleary borrows heavily from the Bolide HR ridden to such good effect by Sir Bradley. The back end and the top and down tubes (so most of the bike then) are a departure from the original Bolide and the bike ridden at last year's Tour de France by Chris Froome. 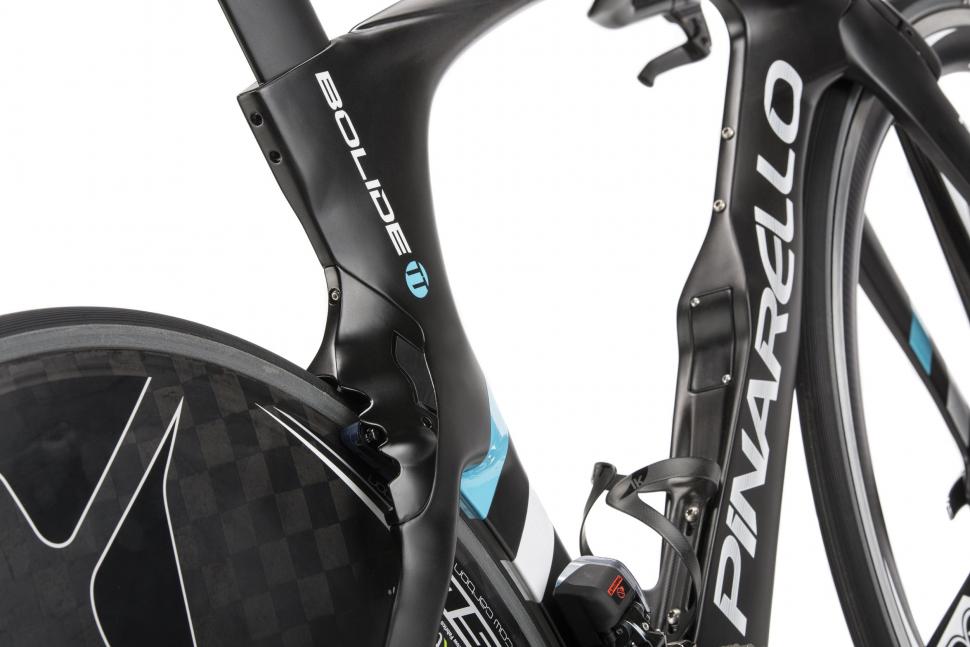 The rear brake gets a Batmanesque new cover, derived say Pinarello from aircraft technologies - or perhaps less likely - watching Batman; and the front drop-out gets an aero makeover courtesy of the Bolide HR. 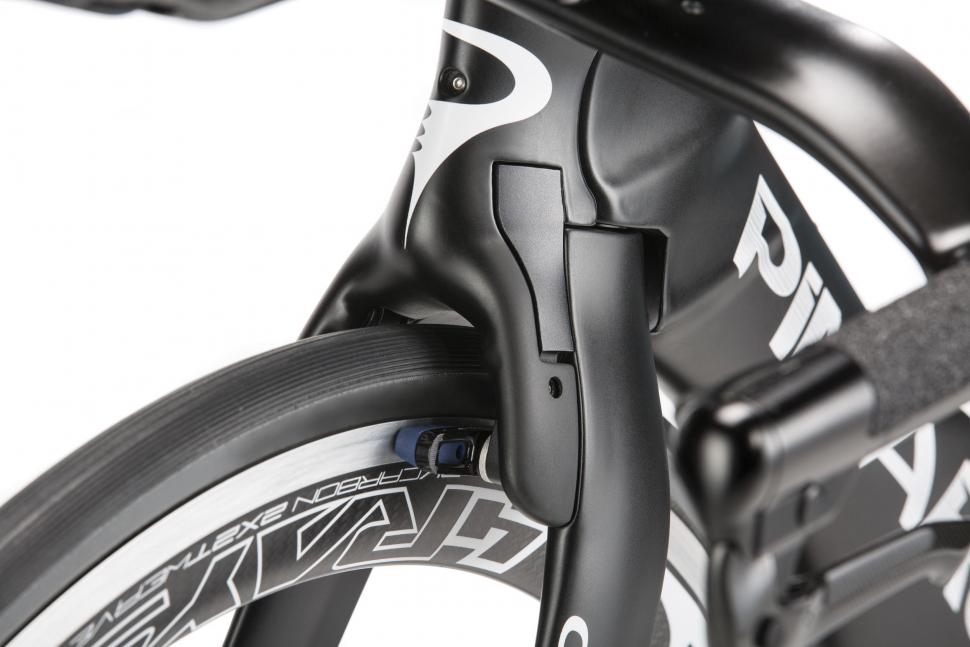 Brakes are - as you’s expect - integrated and are designed by Pinarello, the bottom bracket is an Italian threaded design and the frame is made from Torayca T1100 carbon fibre. It is compatible with electronic groupsets and it’s UCI compliant say Pinarello… well you wouldn’t want to be turning up the Giro start line if it wasn’t.

The new Bolide will be available in four size - no details yet on pricing but expect it to be in the same exclusive ballpark as the previous version - so north of £8K.