Trek has a brand new Domane in the works. We first spotted it at Strade Bianche recently, and it was in action at the Tour of Flanders yesterday, where Fabian Cancellara finished second to world champion Peter Sagan.

The key feature of the current Domane is the Isospeed decoupler, a mechanism that allows the seat tube to move back and forth. The key change introduced to this forthcoming replacement is adjustability, with a sliding lever that lets the rider choose how much the seat tube deflects. 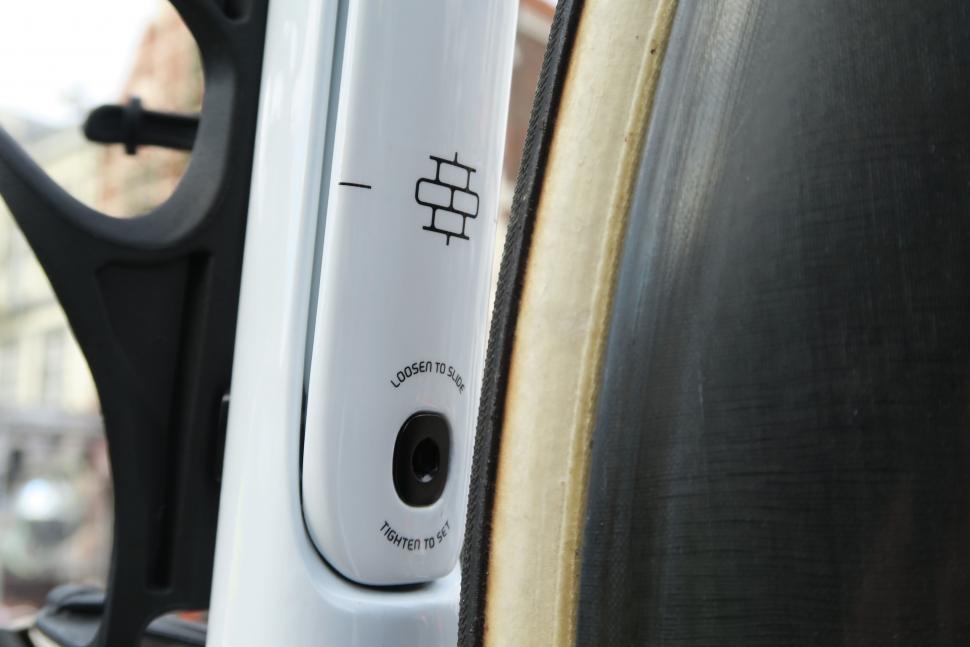 It looks like Isospeed 2.0 features a split seat tube with a sliding lever that allows the amount of movement to be adapted to different road conditions. 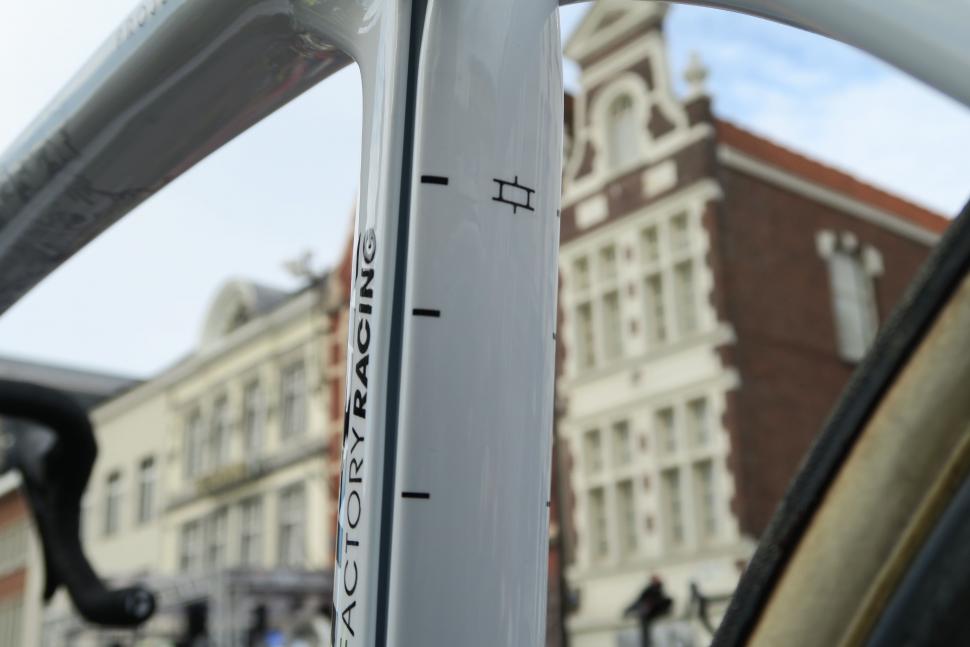 Trek has even used two small cobble graphics that suggests the lever is pushed right to the bottom for tackling really rough roads, and pushed to the top for riding over smoother roads. Our guess is the lever simply serves to open up the wedge between the two halves of the seatpost. 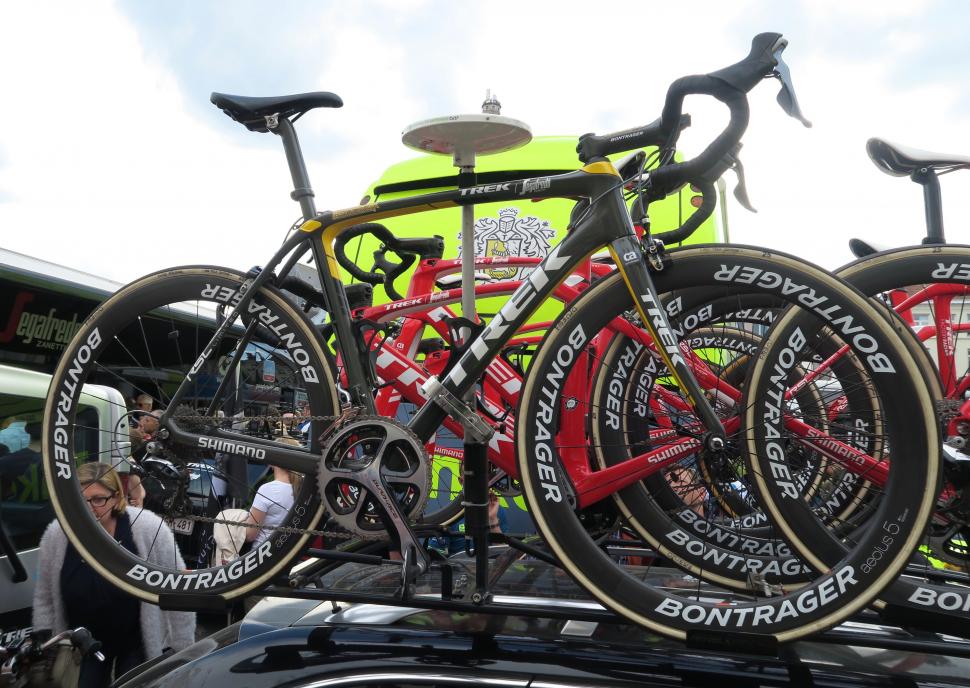 It’s a bike developed for cobbles and rough roads, but we know Fabian Cancellara favours the Domane over other models in the Trek range for all racing, even the (mostly) smooth roads of the Tour de France.

It’ll be interesting to see if the new Domane provides a larger range of movement than the current model. 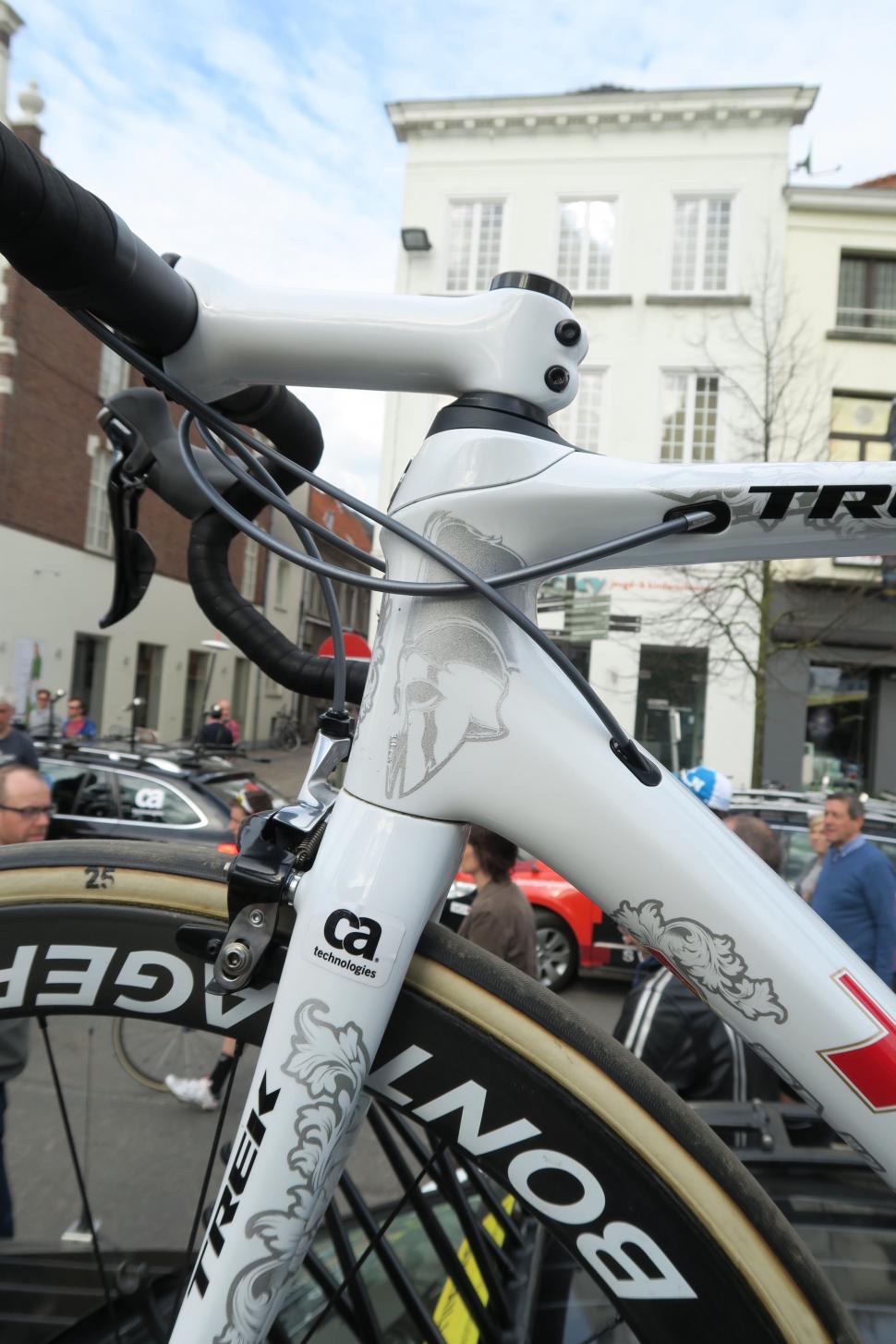 There’s not much else we can speculate about the new bike at this stage. There’s a change at the top of the head tube, and we wonder if Trek has developed a cunning system that might allow some front end compliance or deflection, but it remains to be seen how such a system could work.

Could it instead be a new system for allowing a rider to adjust the height of the handlebars without resorting to steerer tube spacers? 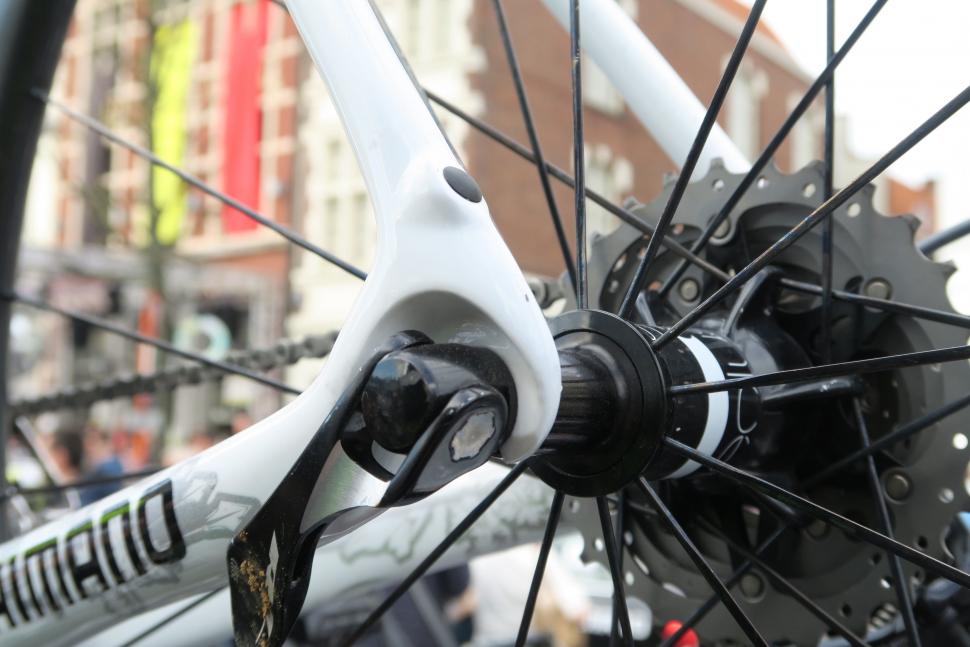 The frame also features mudguard eyelets, not something you usually see on a professional race bike. 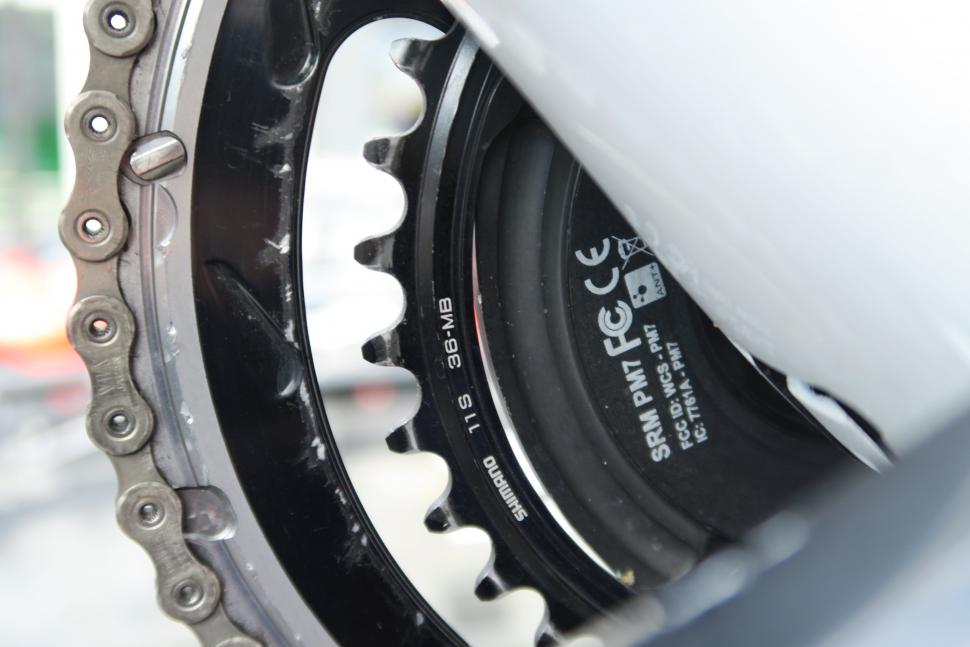 We spotted Peter Sagan’s bike specced with a 53/36t chainset, and Fabian Cancellara was using the same setup too.