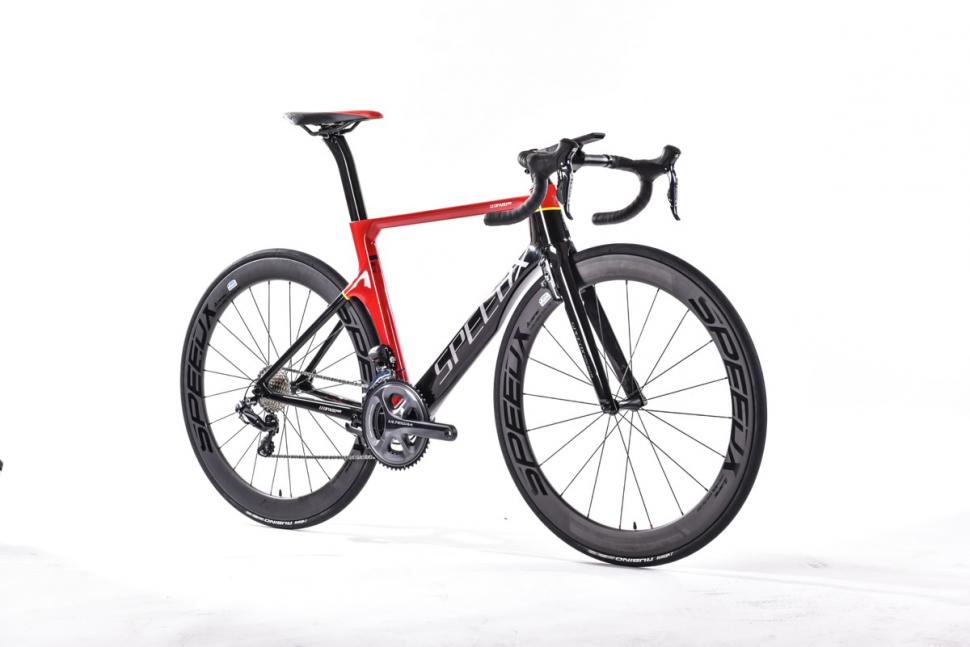 Go via Kickstarter and you could get Shimano Ultegra Di2 equipped model for as little as £1,345
by Mat Brett

SpeedX is launching two aero road bikes, the Leopard and the Leopard Pro, with inbuilt technology that measures and displays your performance data as you ride. They were revealed on Kickstarter yesterday and achieved their crowdfunding target in just two hours.

The Leopard Pro is equipped with a Shimano Ultegra Di2 groupset and looks amazing value. 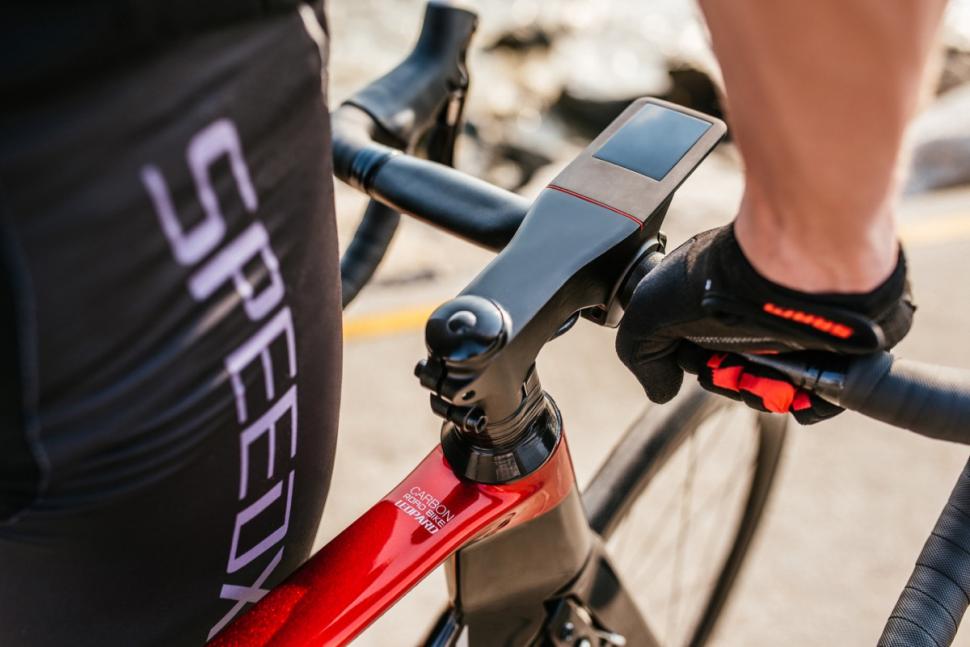 The Leopard, priced at US$1,599 (about £1,130, but see below for Kickstarter prices), includes pedal and wheel sensors that measure your speed, time, distance, altitude, temperature, cadence, and more – fairly typical bike computer fare. The difference here is that the measurements are shown on an integrated 2.4in display that lives at the front of the stem. 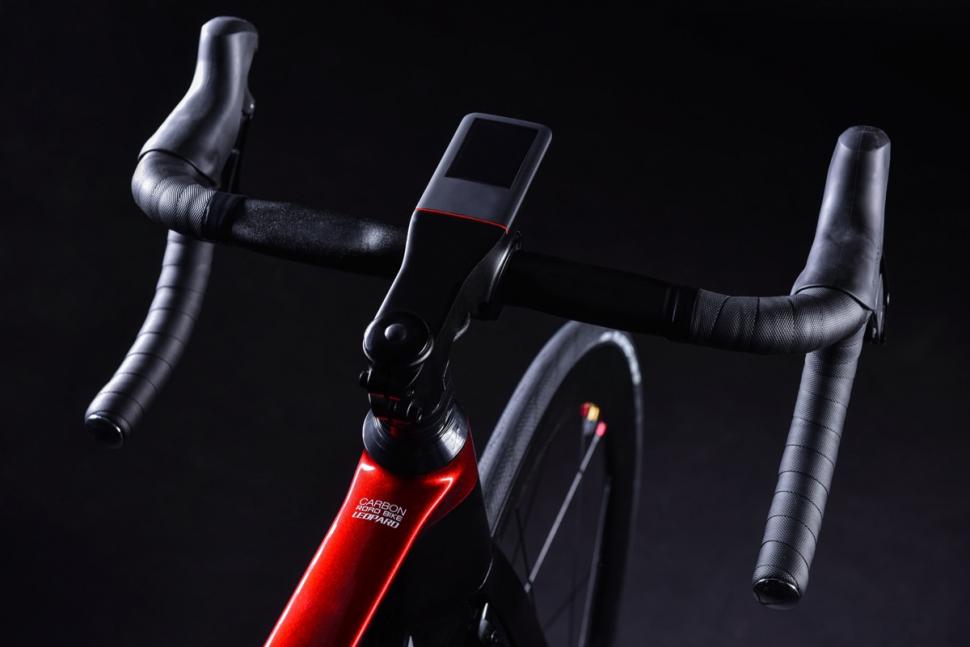 The Leopard can also offer route suggestions and GPS navigation, and “a built-in coaching system with professional training courses and global ranking tables”. 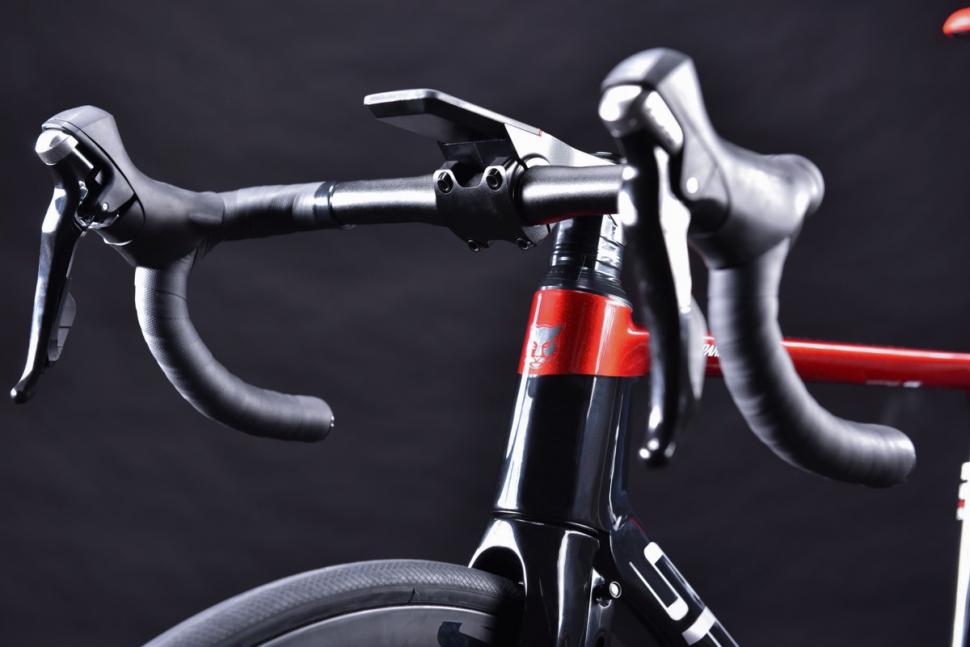 You can connect ANT+ sensors to the computer to show more data, such as heart rate.

The bike is built around a T1000 carbon-fibre frame with internal cable routing and brakes that are positioned for aero efficiency, the front one at the back of the fork and the rear one behind the bottom bracket. 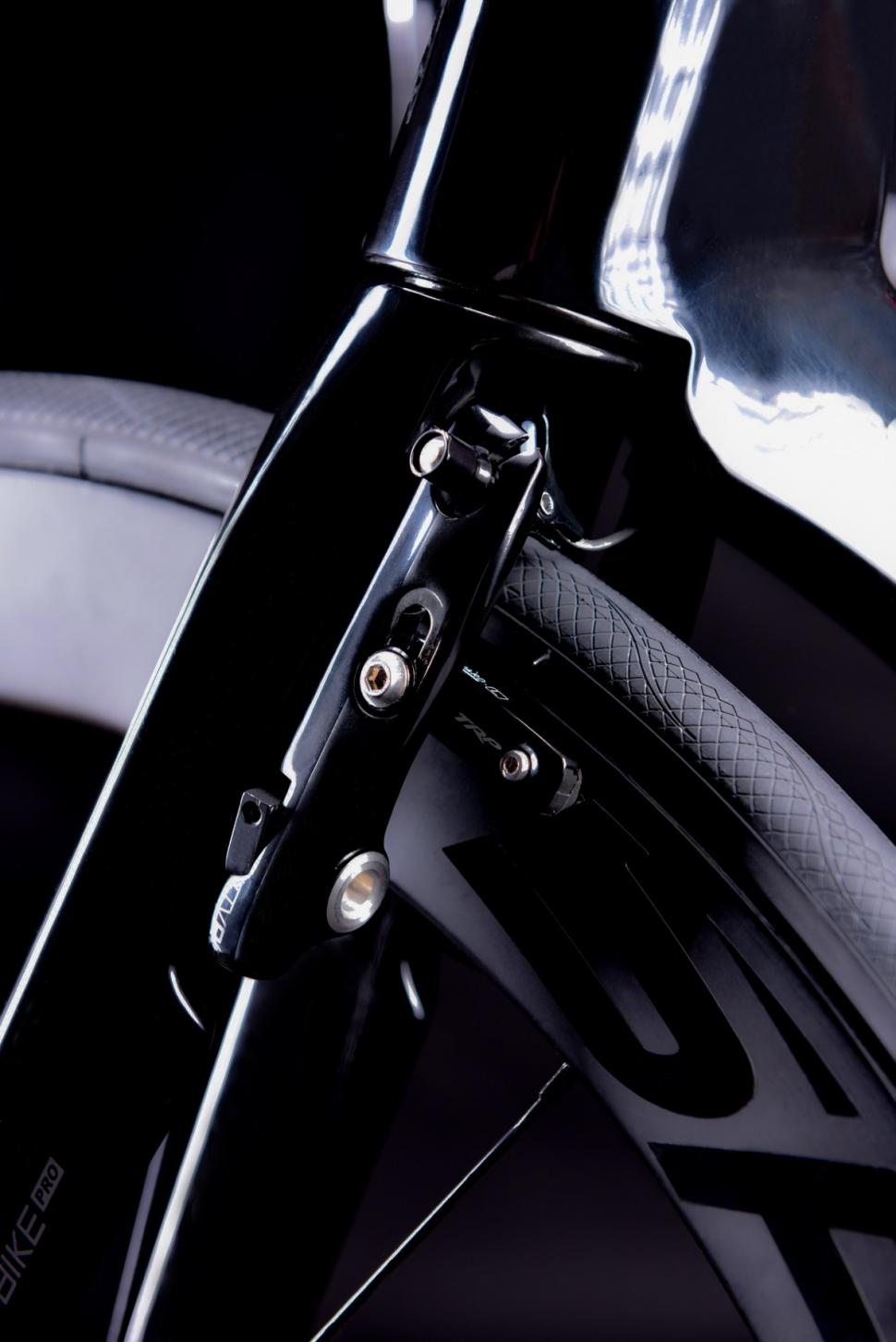 Those brakes are TRP TTVs (V-type) while the groupset is Shimano 105. SpeedX claim a complete bike weight of 18.5lb (8.4kg). The geometry is aggressive, the 54cm model coming with a 549mm stack (the vertical height between the centre of the bottom bracket and the top of the head tube) and a 403mm reach (the horizontal distance between those points). The Leopard Pro, priced at US$2,499 (about £1,765), is built around the same frame and offers all of the built-in specifications of the Leopard with the addition of SpeedX’s own carbon-fibre handlebar and 50mm deep wheels. The groupset is Shimano Ultegra Di2 (electronic shifting). SpeedX claims a full bike weight of 17.4lb (7.9kg). We’ve not ridden either of these bikes so we can’t comment on the ride, but on paper they look astonishingly good value. SpeedX reckons the battery that powers the computer will record your data for up to 40hrs and that it requires 30mins to recharge completely.

Both bikes come with a seven day return policy, 30 day free exchange and a lifetime warranty.

SpeedX has just launched a campaign on Kickstarter with a view to going into full production in the next few weeks. All the usual Kickstarter rules apply, of course.