We went visiting ​iceBike yesterday, the in-house show of major UK distributor Madison/Sportline, and here are the highlights of what we saw.

iceBike is open to the public this weekend.

We first told you about Garmin’s new Varia Vision in-sight display device (£319.99) last month and we’ve now seen it in the flesh for the first time. Essentially, this is a little gadget that you attach to your existing eyewear (there are three different sized straps in the kit) to get data without the need to move your head. You can position it in front of either lens of your glasses, obviously out of your direct line of sight. The idea is that you just flick your eyes downwards to look at the display. The information comes from a Garmin Edge 1000, an Edge Explore 1000, an Edge 520 or a Vivoactive HR smartwatch that’s paired up with the Varia Vision.

You can set it to scroll through five different screens of data with up to four data fields on each, or you can swipe a touch panel to find the info you want. The Varia Vision will also provide vibration alerts for performance data, directions and incoming calls/texts.

You can also link it up with Garmin’s Varia Rearview Radar (£239.99) that’ll warn you of vehicles approaching from behind. The Varia Vision is said to be weather resistant and has a battery life of about eight hours.

We just used the Varia Vision indoors rather than going for a ride with it, but the 28g weight seemed hardly noticeable and it didn’t unbalance the glasses we were using. 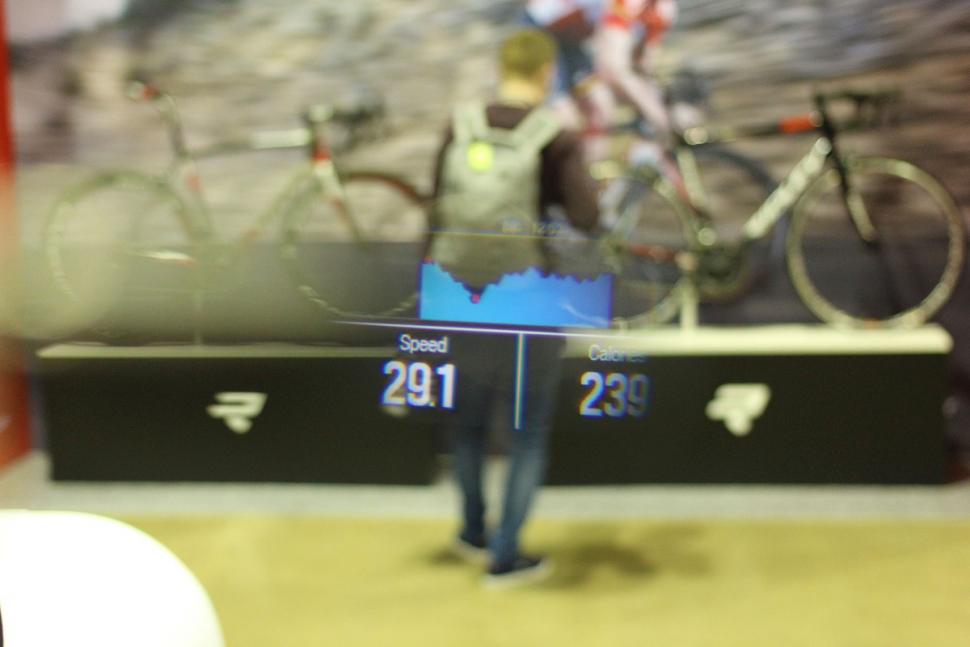 Lazer is incorporating the Lifebeam heart rate monitoring system into several helmets that will be available this year. As we’ve reported in the past, the Lifebeam system features an optical sensor on your forehead as the basis for giving your heart rate so you don’t need to wear a heart rate monitor chest strap. It connects to your bike computer, fitness watch or smartphone via ANT+ or Bluetooth 4.0.

The top-level Z1 helmet with Lifebeam is £259.99 – compared with £199.99 for a standard Z1 helmet and £219.99 for the Z1 with MIPS safety technology – and it’s available now. Cheaper Blade and Magma helmets will be available with LifeBeam from April. If you don’t want to shell out on a new helmet you can now retro-fit Lifebeam tech to an existing model. The kit features a small, lightweight connectivity box. 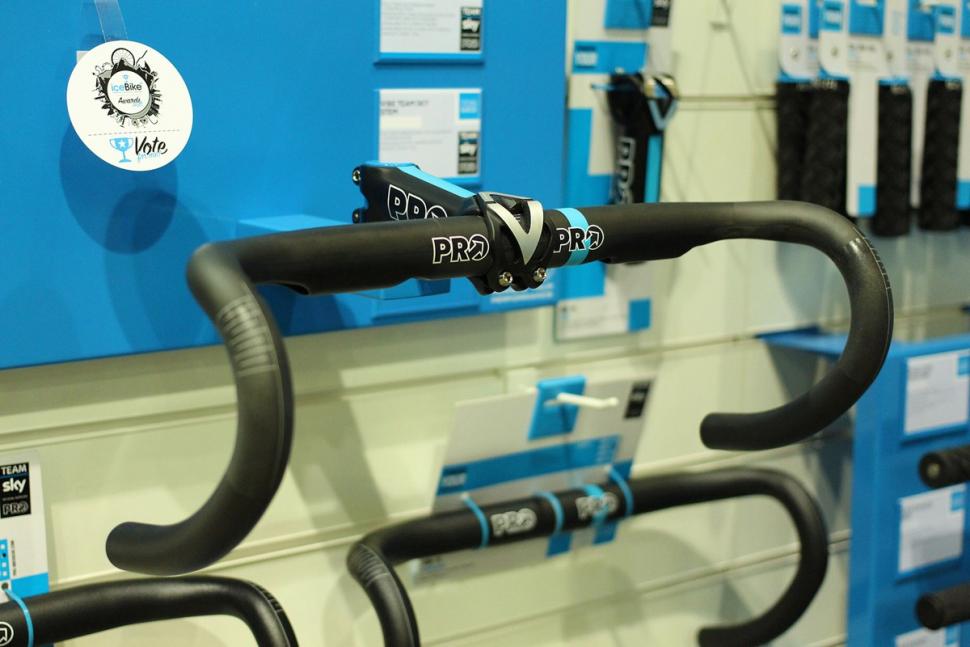 Shimano’s Pro brand is offering several of its existing products in limited edition Team Sky versions. Team Sky is mentioned on the packaging but the products themselves simply incorporate a blue stripe. The prices are the same as the non-Team Sky versions. The Pro 3-spoke front wheel that Team Sky has been using for ages is finally commercially available. It’s reinforced with TeXtreme which uses spread tow rather than conventional carbon, the idea being to achieve a light weight– it's a claimed 765g – along with stiffness and strength. The price is £2,299.99.

Pearl Izumi has updated its Pro Leader shoes – the third generation. The shoes use a super-thin (0.9mm) seamless upper and a concave carbon plate with a TPU (thermoplastic polyurethane) cage in the sole. The stack height (the thickness of the sole from your foot to the pedal) is said to be just 5mm.

The shoes now use a dual Boa closure (previously it was a single Boa dial and a strap) and have a claimed weight of 235g (one shoe, size 43). 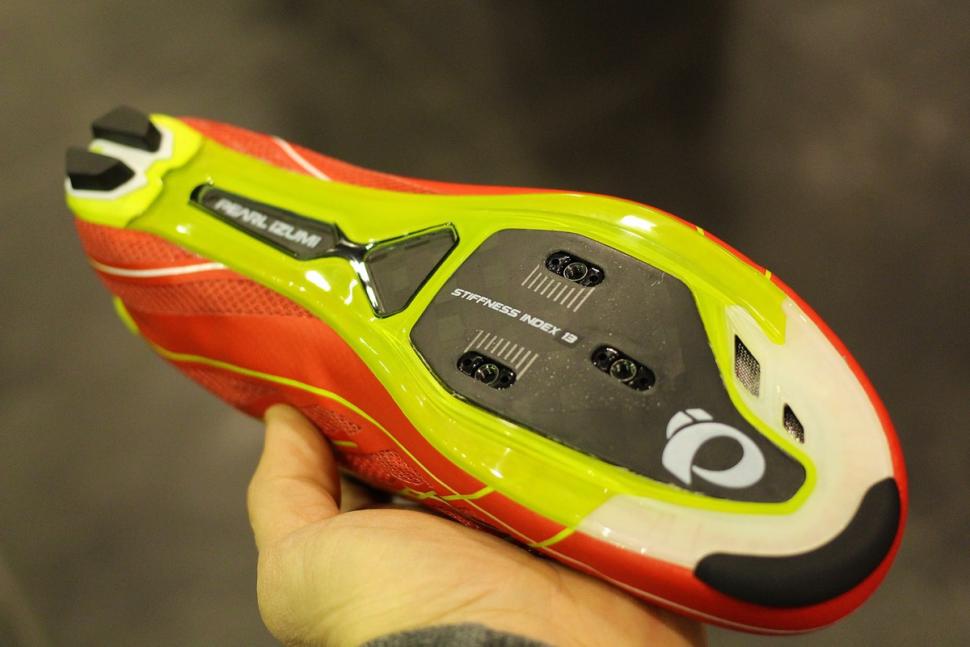 Pearl Izumi grades the sole stiffness of its shoes up to 13 and gives the Pro Leader its maximum rating. 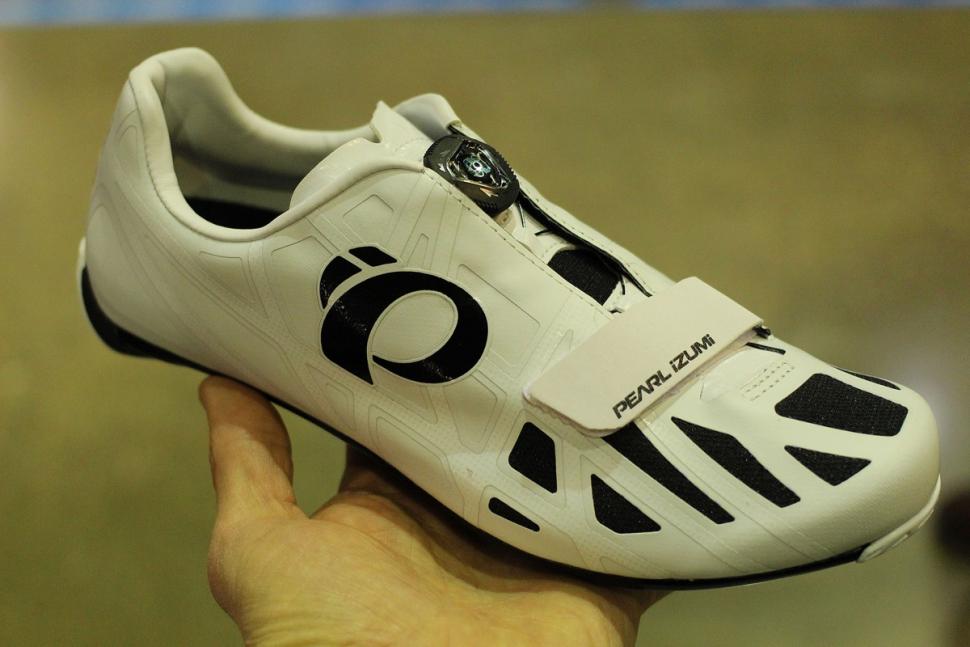 The Race Road shoes have been updated too with a carbon insert in the sole and a slight increase in the width. These have a sole stiffness rating of eight and can take either two or three bolt cleats. Elite now offers a traditional-style L’Eroica aluminium bottle with a cork cap at £22.99. It has a 600ml capacity and a hygienic coating on the inside. You can fit it to your bike via an aluminium bottle cage. A single bottle version is £29.99, the two bottle version is £49.99. These will fit to your handlebar or to standard frame mounts. The lever closing system is adjustable so you can get a fit that’s secure enough for riding over rough surfaces.

Elite also has a new tow bar carrier called the Dolomiti that you can tilt to make loading and unloading bikes easier. When not in use, it can be folded up and stored in the boot easily. It also has wheels to make shifting it around easier. 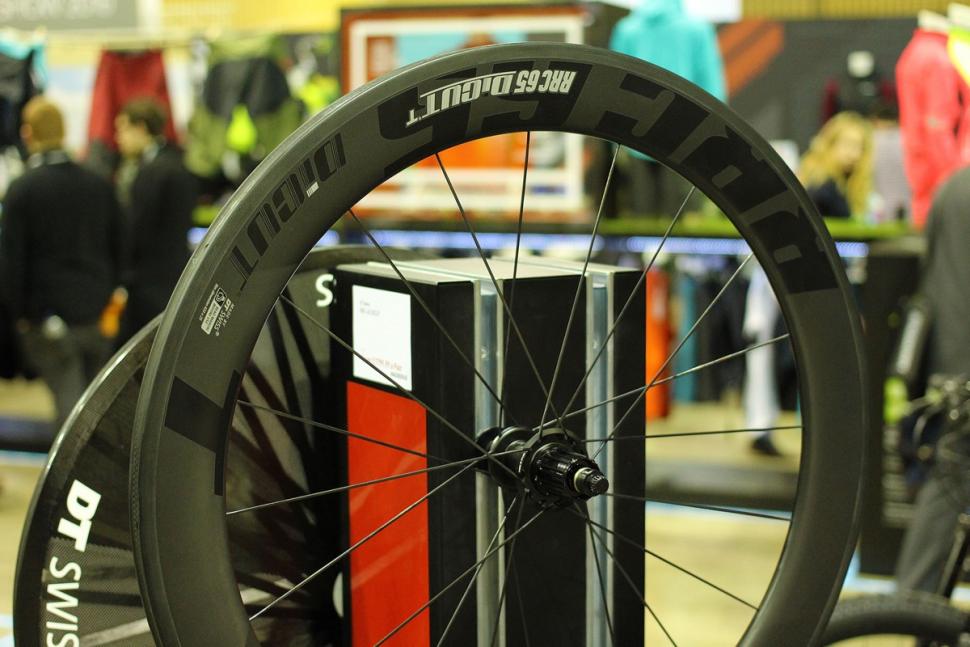 DT Swiss has a whole bunch of new wheels with the RRC 65 Dicuts catching road.cc's eye. These were developed with the IAM Racing pro team. 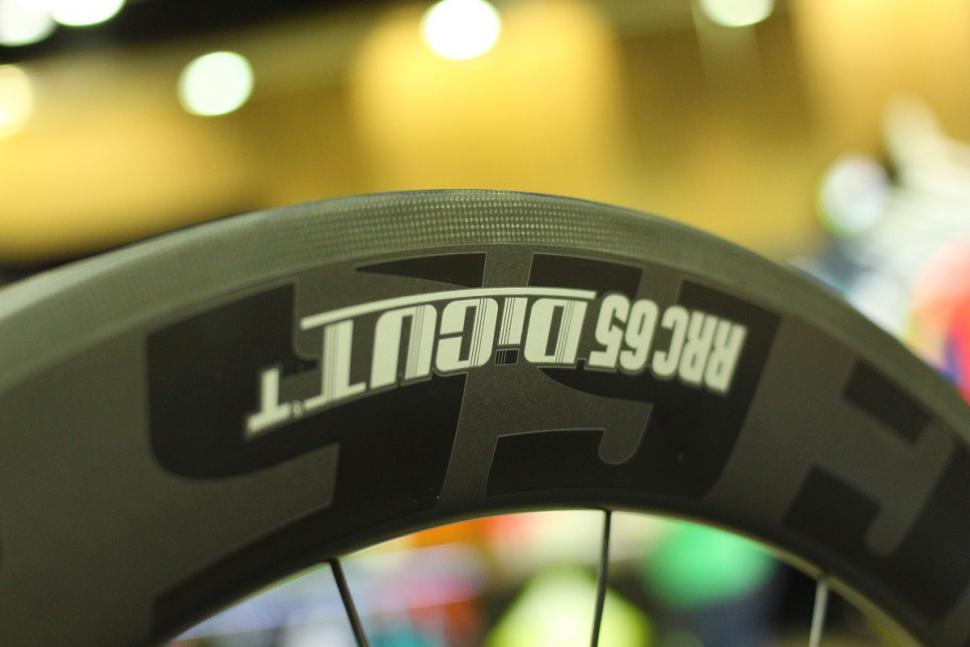 As the name suggests, the carbon rims are 65mm deep. They have an 18mm internal width and a 25mm external width. Ceramic bearings come as standard and the freewheel uses DT Swiss’s 36-tooth ratchet system. Incidentally, the RRC 2.0 Disc Dicut T is made by Germany’s Lightweight, hence the distinctive spoke-style appearance. Available only in a tubular version, it weighs a claimed 780g and is priced at £2,599.

iceBike is open to the public this weekend, 27-28 February, free of charge. For more info go to www.icebike.co.uk.