Mudguards make a lot of sense when riding in the winter, whether it's for daily commuting or weekend club rides. Most mudguards can be a fiddly job to fit, with tiny bolts and limited clearance providing compatibility issues. Some road bikes don't even accept mudguards.

What about if you could buy a road bike with the mudguards moulded seamlessly into the frame and fork? No assembly required and the annoying rattle that can plague mudguards completely eliminated. Sounds good to us.

Previously nothing like that really existed (correct us if we’re wrong), until now. This is the Stebles Bike and it’s going on display for the first time at the London Bike Show next week. 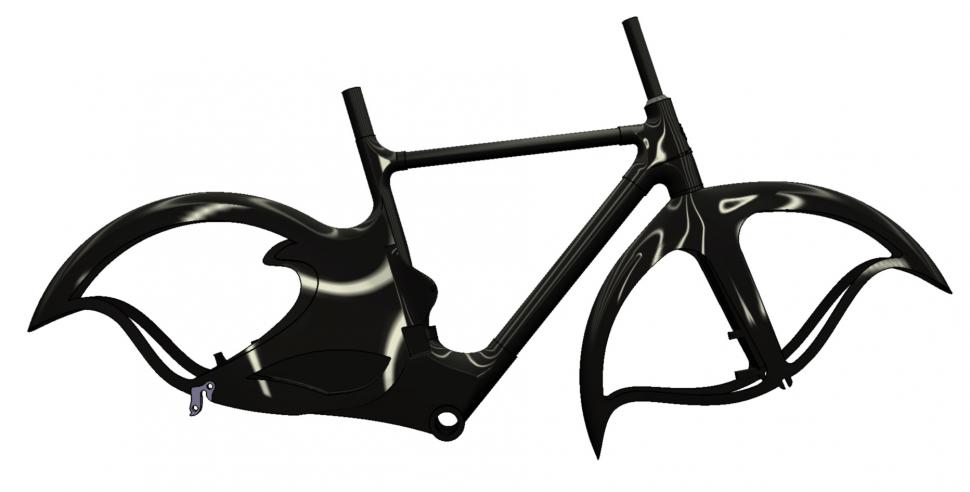 - Buyer’s guide: The best mudguards to keep you dry

Creator Mark Stebles tells us he’ll be showing a 3D printed full-size prototype at the show, where he hopes to generate some interest before launching a crowdfunding campaign to hopefully get it funded and put into production.

The bike has been a while in development. “I’ve been working on this for years now bit by bit designing it and getting the patent which is granted now in the UK,” says Mark.

It’ll be made from carbon fibre - well, it would be difficult to create those curves in metal - so it’s unlikely to be cheap. But if you really want a carbon fibre bike with mudguards, your choices are pretty limited. The design has been finalised and it’s just a case of raising the necessary funding to produce the moulds to get the bike into production. 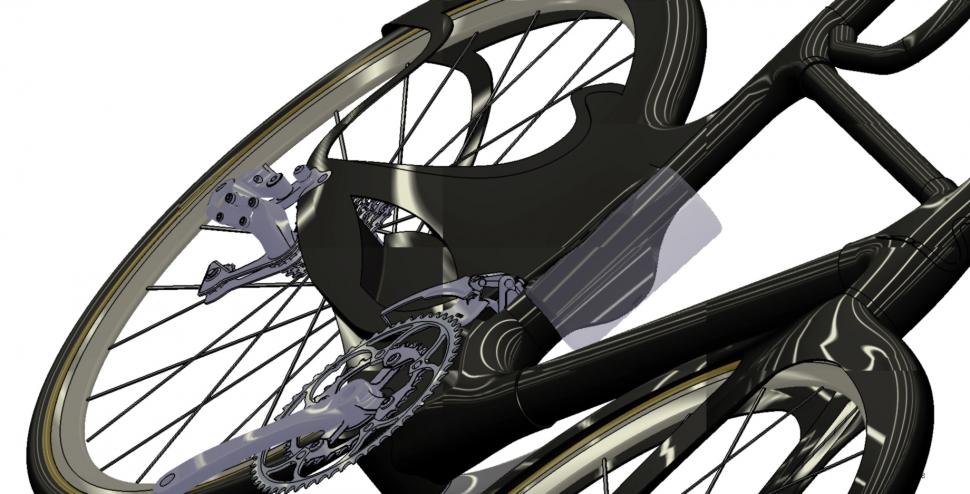 “The unique design of frame and forks covers the wheels to protect the rider from tyre spray, while shielding the most vulnerable part of the chain where it picks up the most debris from tyre spray,” says Mark Stebles. “The cover shapes form a structural frame to support the wheels eliminating the need for a traditional tubular frame.”

We’ll be taking a keen look at the creation at the London Bike Show next week, and you can too of course. The show runs 11-14th February.

1
Near Miss of the Day 434: Cyclist starts using camera after driver forces him off road – and captures three close passes in a week
2
Video: “…not got your licence plate” – Black cyclist stopped by London cop for "anti-social behavior" including not wearing helmet or hi-viz
3
Outdoor and bike brand Alpkit raises £1.5m in crowdfunding – in less than an hour
4
New study finds that cyclists don’t hold up motorists
5
Rapha unveils new Pro Team, Explore and Classic Sunglasses with surface enhancement lens technology
6
e-bike TV ad banned for creating “climate of anxiety” (but you can watch it here)
7
Could UK first CYCLOPS junction be "slam dunk" for cycling?
8
“No excuse” – councillor slams motorists who drove on pavement to get round road closure as emergency infrastructure ignored in London and beyond