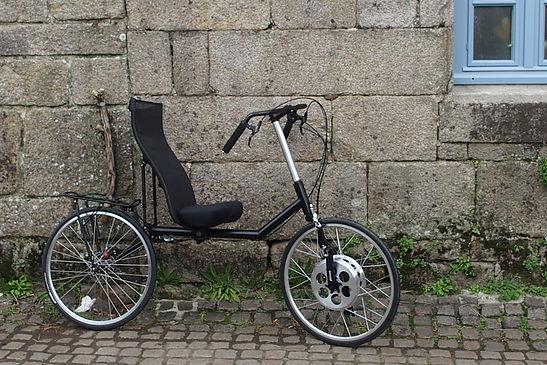 Have you seen KerVelo’s front-wheel-drive recumbent?

What madness is this? The KerVelo is a recumbent bicycle, that much is fairly normal, but this one uses a Pinion gearbox located in the front wheel, making it a front-wheel-drive bicycle, and that’s a bit more unusual. 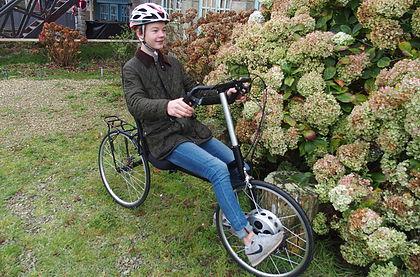 With his design, Marc has attempted to design a recumbent which he claims provides the optimal frame geometry and rider position, based on an ergonomic study he conducted. To help achieve this design, he’s sought to step away from a traditional drivetrain, and position the drive unit in the front wheels. 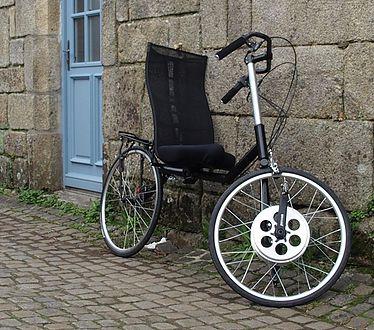 “The KerVelo concept has tried to challenge both bicycle and recumbent geometry by providing a semi-bent position,” says the inventor, Norway-based Marc Le Borgne. "It accumulates the advantages of comfort, visibility, safety, aerodynamic, mechanical efficiency and low maintenance.”

And that explains the reason for making it a front-wheel-drive bicycle. To achieve this, a German designed and manufactured Pinion gearbox, featured in some mountain bikes and e-bikes, is housed in the front wheel, with a set of crank arms and pedals directly attached. It provides an 18-speed setup, with a handlebar mounted gear lever.

This bike has no saddle. Instead, there is a rather conventional seat. The position can be adjusted to fit different riders and leg length, using a sliding post mechanism.

Currently the design is still a prototype. Now this is normally where a Kickstarter campaign comes in, but not here. Instead, KerVelo is seeking feedback, so if you’re interested, feel free to drop them a line on their contact page. They’re working on a trike version too.

Watching the videos above, the KerVelo certainly appears to work. There appear to be few issues with the pedals being attached to the front wheel, and turning and going around corners doesn’t seem to result in banging legs on the tyre.

We think Canadian bike brand Cervelo might have something to say about the brand name though it’s unlikely the two would ever be confused with one another unless Cervelo decides to make a recumbent, but we can’t see that really happening.