Giuseppe Bigolin, chairman of Selle Italia, says: “We now own more than 50 percent of Selle San Marco, a project we’ve been working on for some time with the Girardi family.

The 100% family owned company and with a turnover of  €23 million, Selle Italia, which has acquired more than 50 percent of its rival company, resulting in a combined turnover of €30 million following the acquisition.

The two saddle manufacturers will continue to operate as separate companies, for the time being, but it’s likely the partnership will mean shared resources, especially for research and development. 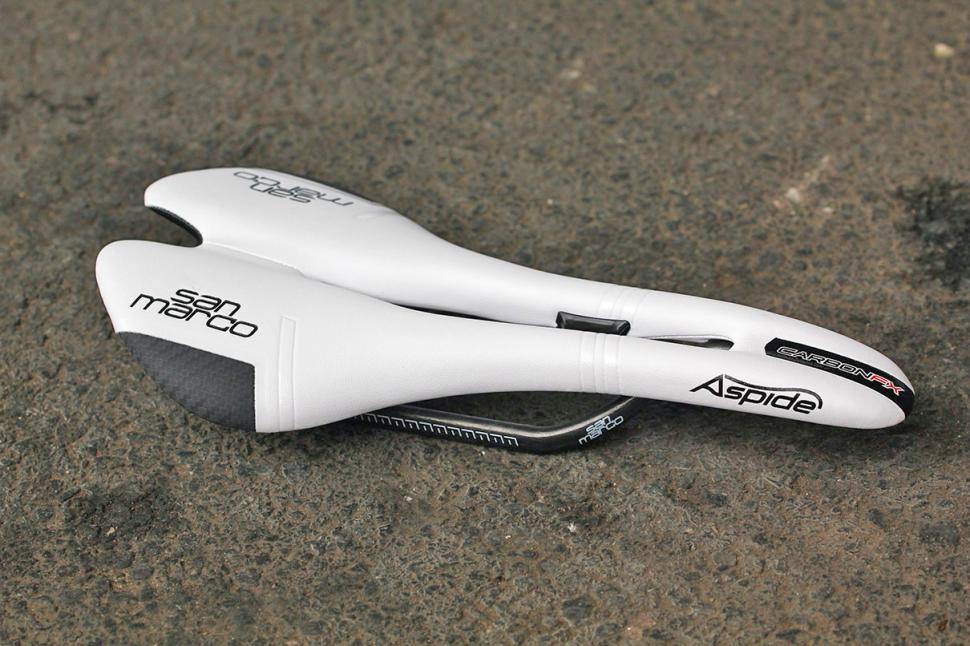 “By bringing together all our know-how and patents we’ll definitely improve,” says Bigolin. As well as sharing similar names, the two brands are based in Rossano Veneto, which is also home to bicycle brand Wilier. Selle Italia.

High-end saddle manufacturing has strong roots in Italy, with Italian saddle brands enjoying a large share of the market. It’s claimed that the new combined business will have more than half of the global market for high-end saddles.

The making of saddles is one of the few cycling components still made in the country, whereas much of the frame building business has shifted to the Far East.

The two saddle brands are responsible for some of the most iconic road cycling saddles. San Marco’s most popular saddle models include the Concor, Aspide and Regale. Familiar Selle Italia saddles include the Turbomatic, Flite and, of course, the SLR.

1
Is a 13-speed Campagnolo road groupset on the way?
2
Cycle route in Swansea or Alpe d'Huez? Hairpin-packed active travel path opens
3
Do you need a solar smartwatch? This week's five cool things coming soon from Garmin, Shimano, Vel, Spatz and HJC
4
"We shall never see his like again": Remembering Mike Burrows
5
Near Miss of the Day 813: Audi driver passes oncoming cyclist at speed on narrow country lane
6
“Think!” – Ineos Grenadiers rider Laurens De Plus sends safety message to drivers after he is knocked off bike
7
Cyclist sustains serious injuries after council fails to remove fallen tree from bike path
8
Roy Keane says cycling is his only way of keeping fit – but he’s “not exactly Sean Kelly”