Stages Cycling has released details of its first carbon fibre power meter, first unveiled back in the summer. A SRAM and FSA 386EVO version will be available in January and cost £599, according to UK distributor Saddleback.

Stages has been in the power meter market for only a couple of years, but the simplicity of its design and Team Sky approval has seen their popularity soar. Up until now it has only offered aluminium cranks, because of technological issues making developing a carbon version a tad tricky. Issues surrounding fatigue, bonding to a composite material, temperature changes and direction of forces and strain were all key developmental hurdles, according to Stages.

“We could have made a carbon power meter a long time ago, but it would have had the functionality of a meter from the pre-Stages era,” said Sam Morrison, Stages Cycling engineer and carbon product manager. 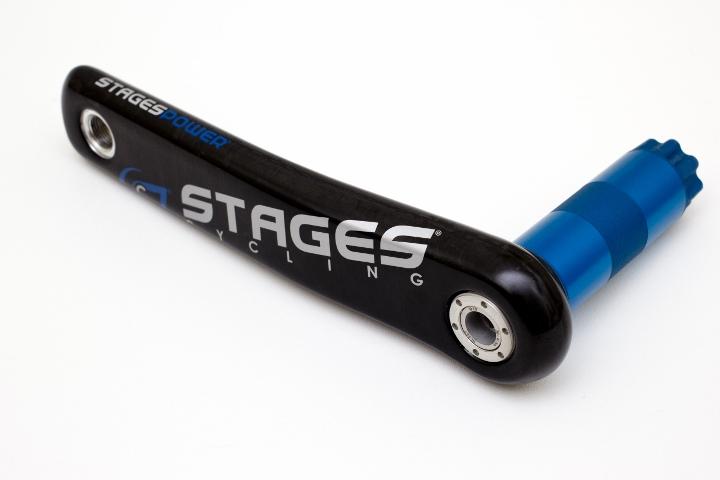 “The problem isn’t measuring deflection in carbon, it’s dealing with changes of the material when the operating temperature changes. We could have easily released a meter that would require constant and vigilant zero resets. Rather, we took our time and built a new system to specifically deal with the challenges carbon faces when temperatures changes.”

Saddleback will be offering an SRAM/FSA BB386EVO compatible Stages power meter with a price of £599. It will also be offering three optional spindles, costing £65, that provide compatibility with SRAM BB3, BBright, BB386 and PressFit30.

The Stages carbon crank has a hollow moulded construction and weighs a claimed 145g. Various crank arm lengths are available from 165 up to 175mm. The carbon power meter also uses the latest version of the Stages module, which has a 28% lower profile, 17% reduction in frontal area and the battery door interface strength has been increased by a whopping 200%.