Remember the new Blaze Burner 100 lumen rear light we told you about last week when it launched on Kickstarter? Well, it has blasted through its £35,000 funding goal and when I checked just now, it was up to a staggering £56,297. The campaign still has 24 days to go.

The Burner is the latest product from the creators of the unique Laserlight, which projects a cyclist symbol onto the road ahead of you to warn other road users of your approaching presence. 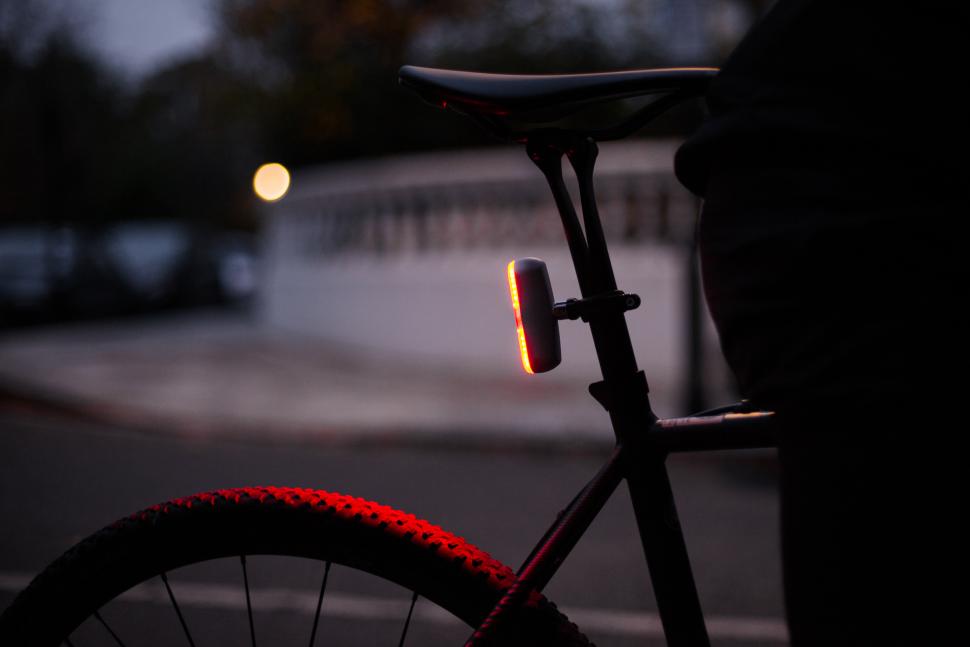 The Blaze is seriously bright. Its 100-lumen output trumps most other rear lights especially when you bring price into the equation. A typical rear light, such as the Cateye Rapid Mini (£25) provides just 15 lumens. The Niterider Sentinel (£45) ups the output to 45 lumens. To get a similar output, the Lupine Rotlicht offers several modes up to 160 lumens. But it costs £80, nearly twice the price of the Blaze. So on paper the Burner looks good value for money.

It achieves this brightness with an array of 24 LED lights. They’re housed in a machined aluminium case, waterproof, and uses a magnetic mount to attach to the bicycle frame. There’s also a light sensor so it can automatically power up in the dark.

“The Burner has been the result of three years of hard work, countless prototypes and rigorous testing, to create something elegantly simple.  We are so proud of the Laserlight and have learned so much in its development and delivery; we wanted a backlight to match it.  We believe we’ve thought of everything with this light, yet obsessed to keep things uncomplicated.  Concisely, it’s a no fuss, beautifully stylish back light, for every cyclist,’ said Emily Brooke, CEO and Founder of Blaze.

You can still support the company at its Kickstarter page, where you can still pledge £39 and receive a light.