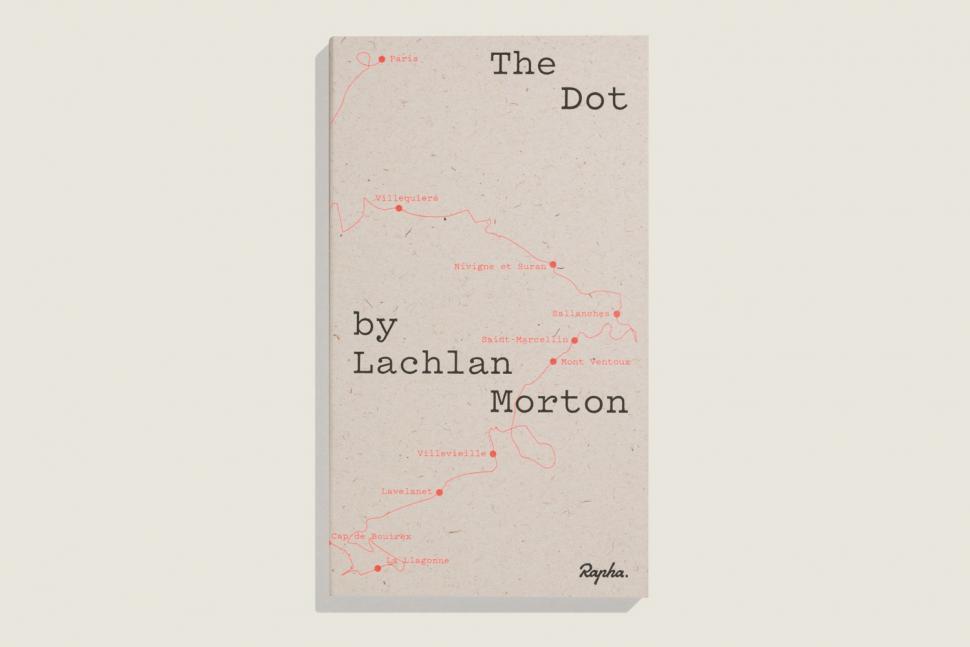 8
10
Often fascinating record of an incredible achievement, if a little slim
Quality look and feel
It's inspirational
Not much of it
No captions on the pictures
Weight:
200g
Contact:
www.rapha.cc
How we test

The Dot tells the story of a pretty extraordinary rider's most extreme ultra-distance test yet: last year Lachlan Morton rode the Tour de France the way the earliest racers did. It was very different from today, and from his own life in the EF Education-EasyPost team, and along the way he raised substantial sums for a great cause. This is a richly-illustrated – if a little info-sparse – account of the ride in his own, often fascinating words.

The EF Education First team embrace an 'Alternative Calendar' of races, something that seems tailor-made for professional cyclist Morton. This was evident when he won the hellishly tough GBDuro in 2019, and has been reinforced since with a successful 'Everesting' world record attempt. More recently, there was a 1,000km ride to the Ukrainian border to raise funds for the embattled country.

> Buy now: The Dot by Lachlan Morton from Rapha for £20

What all these exploits (and more) have in common is that they are incredible physical achievements, and they generate far more publicity for his team than he ever managed whilst competing on the traditional race circuit. As a bonus, some have raised funds for worthy causes.

So far the ultimate example is The Alt Tour, the subject of this book, when he rode the full route of the 2021 Tour de France on his own with aim of beating the peloton to Paris. And that included riding all the transfers between stages. Unsupported. Everyone, including the five people (and two vans) accompanying him, were subject to the same rule: no outside assistance.

Obviously it was an extreme physical and mental challenge, and the title refers to the way the rest of us could watch him suffer – Morton carried a tracker you could follow across the map as it updated every 60 seconds, 24/7, for the duration of the ride. All the attention helped him raise £500,000 for World Bicycle Relief. 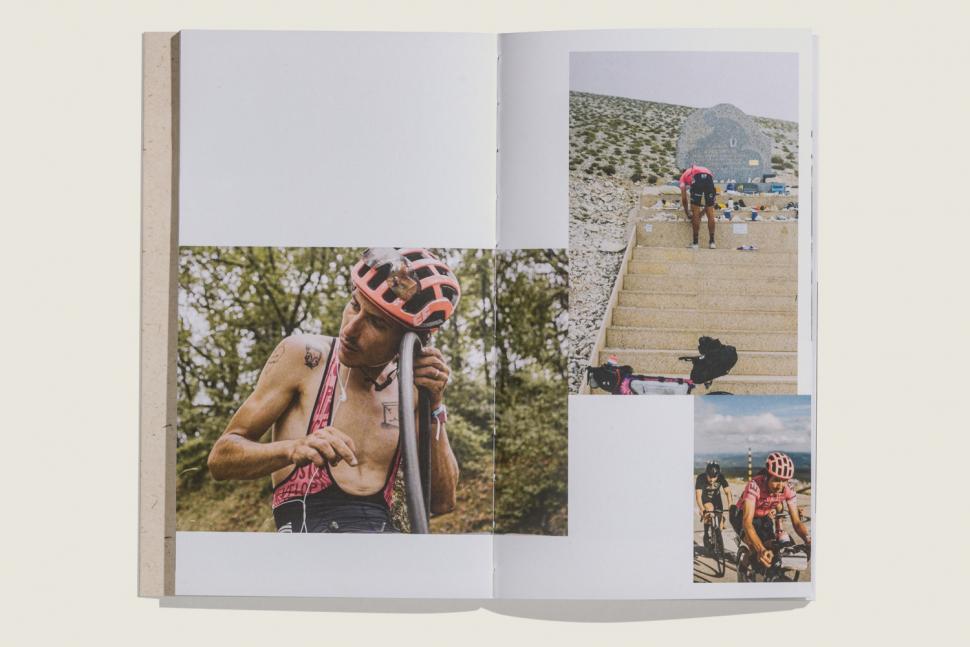 This book offers more photos of his trip than will ever have been seen in one place before, but given the presence of a film crew I can't help feeling there should be many more. And unfortunately, all the images are without captions: although you can link most of them to the text nearby, their absence often frustrated me. 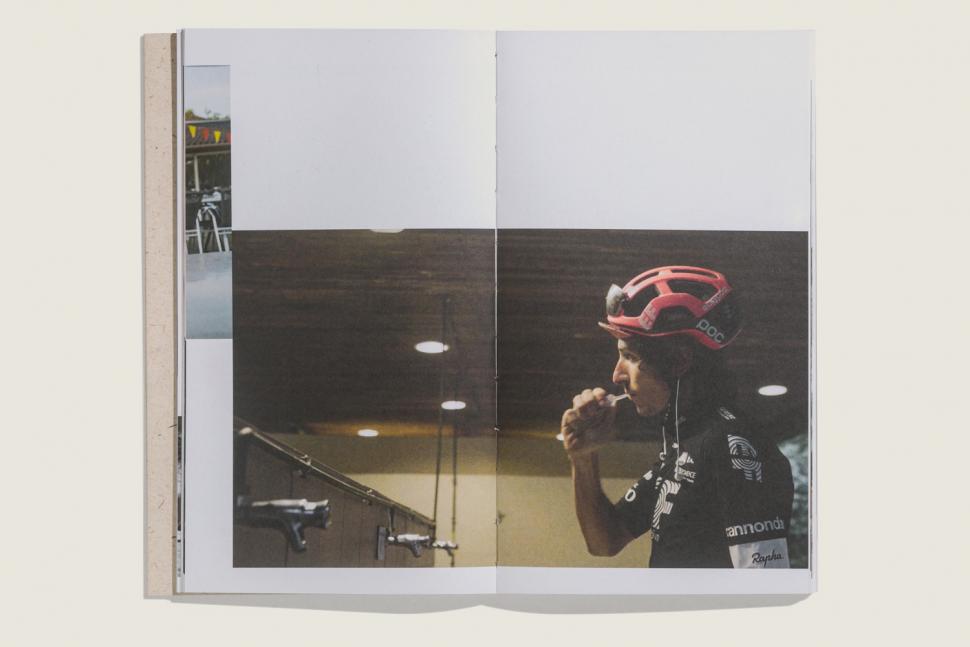 Meanwhile the text is 'made up of journal entries written on the road,' though I suspect 'based on journal entries and fleshed out later' might be more accurate. That's for good reasons, though – I can't believe he would have had the time to produce such polished copy during the event.

However it was achieved, the result is informative and entertaining. Unless you have undertaken anything similarly challenging you probably won't appreciate the range of emotions and experiences... and now you don't have to go to any effort to do so, because he really has brought his journey to life. Won't someone please commission more writing like this from him? 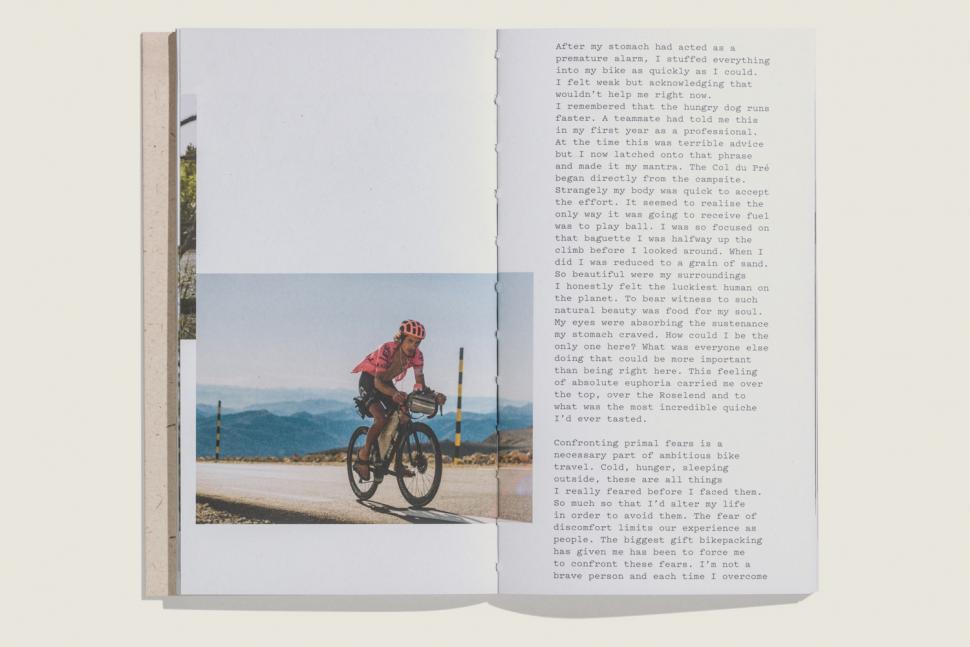 You might have heard the story of the knee problems he experienced early in the ride (as a result of fitting new cleats), and how he had to buy a complete bike (for €50) just to get the flat pedals he wanted. We are not told the fate of the redundant de-pedalled bike, but in the film we see him trying (unsuccessfully) to give it to some bemused fellow campers. Surely there is more to tell there?

Less well-known is how he 'spent many days modifying my cycling shoes, playing with my cleats and pedals' after he arrived home: despite many years of cycling, he had discovered that with some changes he could now pedal in a more natural way. 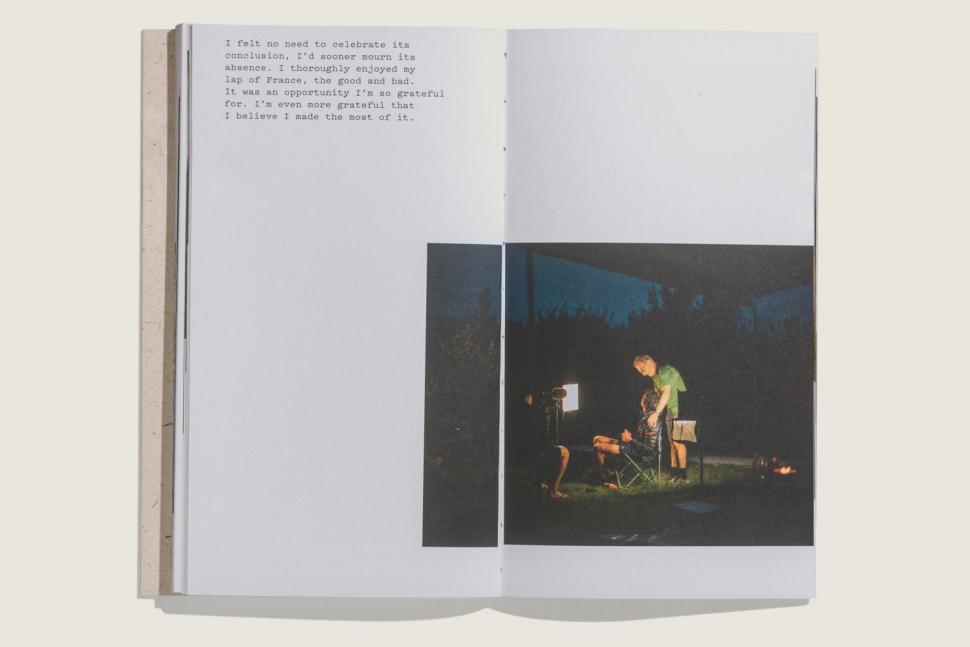 One thing that strikes you when you pick up the book is how little there is of it. As some of you occasionally note with amusement, we note the weight of every product we test (mostly sensible), including books (bonkers), and for once I'm going to refer to it. At 200g this is the lightest book I have ever reviewed. And I tell you what, if Rapha ever reprints The Dot, I sincerely hope it quotes that on the new cover.

Even some of Simon Warren's diminutive books about climbs are heavier, though ironically the lightest cycling book is, presumably by definition, the best cycling book.

Choose the more conventional yardstick of page count, though, and the result is the same. Big achievement, little book.

At least it doesn't feel flimsy for the price: the thick paper used here isn't cheap, the 'Swiss binding' holding it together apparently costs more than some other methods, and having it printed in Britain won't have been the lowest-cost option either. It gives the book a feel and look that's pleasingly different.

What The Dot gives you is excellent. Its only downfall is that it just doesn't really give you enough.

Make and model: The Dot by Lachlan Morton

From the Publishers: "In July 2021, while his colleagues in the peloton were competing at the Tour de France, EF Education-EasyPost's Lachlan Morton undertook a challenge of an entirely different kind: the Alt Tour. Riding not for points and prizes but to raise money for World Bicycle Relief, the amicable Aussie covered over 5,000 kilometres, completed every Tour stage and transfer and still beat the peloton back to Paris. Made up of journal entries written on the road by Lachlan, The Dot plots the highs and lows of his incredible journey. From knee pain in the early days of his challenge that led to him replacing his cycling shoes with sandals to an emotional reunion with his father, Lachlan's intimate account provides a rare insight into the mind of an ultra endurance cyclist – a must for anyone who followed his dot last summer."

The chance to experience Morton's writing.

Lack of captions on pictures.

It's a fairly niche and unique product, and even with the high quality it is never going to compare favourably against higher-volume mainstream publications.

Would you consider buying the product? I would prefer to have it bought for me... it would be a great gift

Would you recommend the product to a friend? Yes - selectively

What there is of the book is of high quality, and it's an achievement worth commemorating in print. I just wish there was more substance to it.