7
10
The largest cycling water bottle in the world does exactly what it says on the tin
Huge capacity, and...
...still fits a standard cage
A bit expensive
Rather basic mouthpiece
Weight:
107g
Contact:
southerndistributors.co.uk
How we test

Soma Fabrications' 1,120ml Further water bottle is just the job if you want to carry huge amounts of water on long rides, and while it's not what you'd call sophisticated it does its thing with fair aplomb.

The Further's capacity really is huge. A typical small bottle is 600-650ml, a large one 750-800ml and the previous title holder for World's Biggest Cycling Bottle, the Zefal Magnum, is 1,000ml. By comparison, the Further goes up to eleven and a bit, almost twice as big as some.

The body is made from soft, squeezable low-density polyethylene and the pull-cap has a nice big opening that makes taking a big gulp very easy. 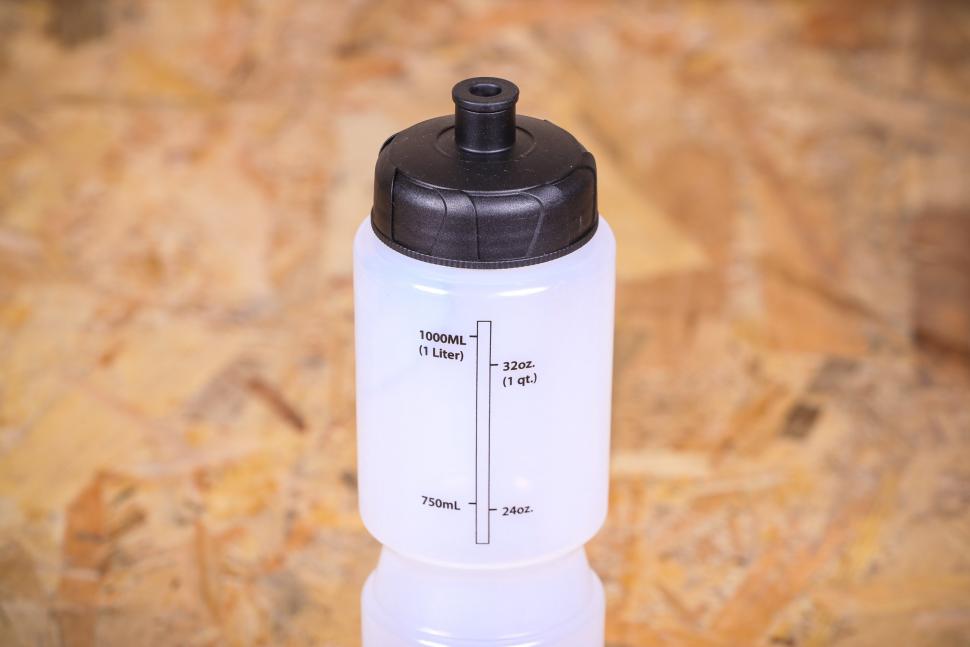 A neck halfway roughly up the body gives your bottle cage something to grab on to, and it went easily into all all the cages I tried, from cheap and cheerful aluminium jobs to swanky carbon numbers. It fitted best in a Topeak carbon fibre cage and a Bontrager side-entry cage, both of which are a bit snugger than your typical aluminium cage. The Further bottle is 73.5mm wide at its fattest point, where a Podium bottle is 76mm, so the Further can be a slightly loose fit in some cages and you'd probably want to bend them slightly to grip it a bit more firmly.

The height of the Further is going to be an issue in some frames and locations. It's 295mm tall, so if you take a small frame, if your down tube cage is a bit high or if you use a bag under the top tube, you're going to have issues. Topeak Alt-Position Cage Mounts might help drop your cages down a bit so it'll fit, maybe in conjunction with side-entry cages. 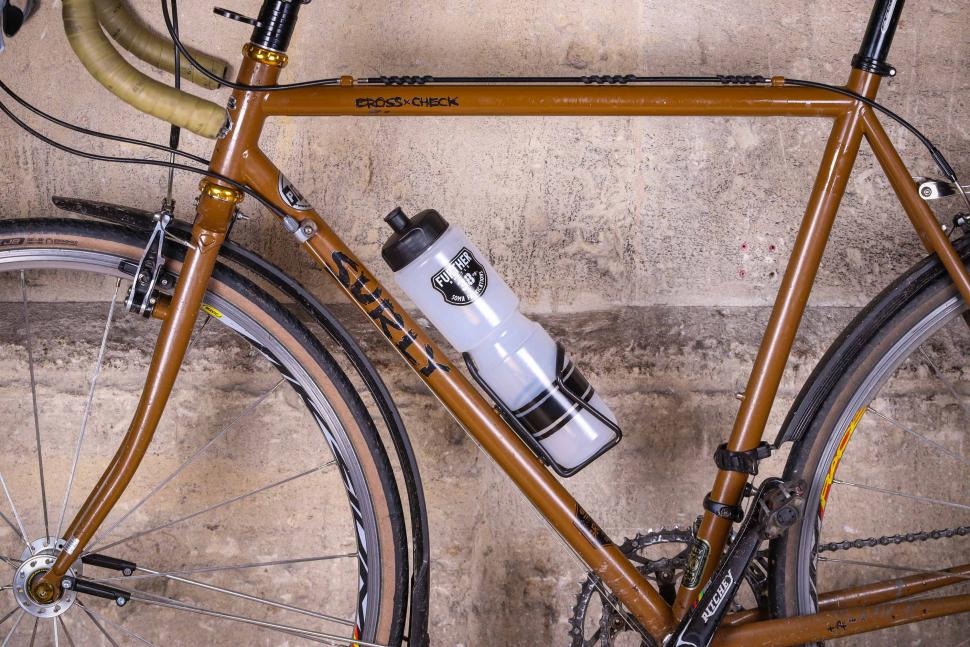 If you don't go in for summer epics, you might still have a use for the Further. For example, do you want to carry a frame-fit pump in its traditional place along the seat tube? With a Further bottle you can pop a pump there and still carry plenty of water in your down tube cage. If you've got cage mounts under the down tube too, then a pair of Further bottles carries almost as much water as three standard bottles.

> How to drink and eat right for long rides and sportives

Where the Further loses out in comparison to some high-end bottles is in the conventional mouthpiece, which is the kind of pull-to-open design cycling bottles have had almost since Tour de France racers stopped putting corks in aluminium bottles. Compared to a Camelbak Podium mouthpiece it's not as nice to drink from, and you can't lock it closed. Unfortunately the thread for the cap is different from Camelbak's, which is a pity; it'd be nice to be able to just slap on a Podium cap. 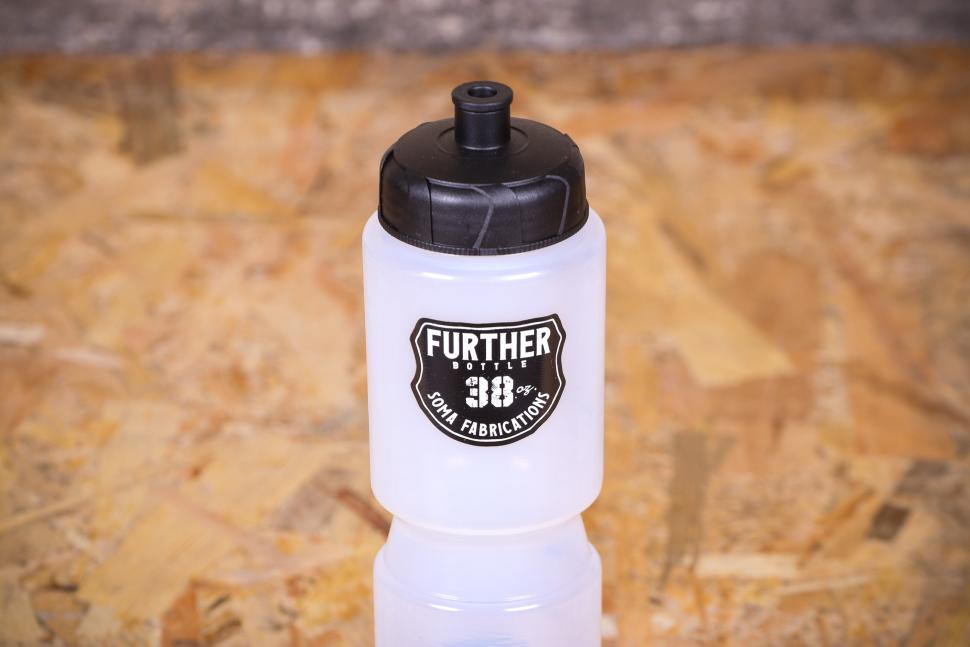 It's also a bit expensive, considering you can get Science in Sport's 980ml bottle for a fiver.

Those niggles aside, the Further bottle is the only game in town if you want to carry more than two litres of water in just two bottles that are designed to fit standard cages, and it does that job very well indeed.

The Soma Further is the largest water bottle designed to fit a standard water bottle cage! More water means more riding. Ideal for bikepackers riding full-suspension bikes with only one set of bottle bosses. A must-have for riders who put long days in the saddle and don't like hydration packs.

* Made in the USA

Performance, for a huge water bottle, falls into a number of categories. The Further scores full marks for 'ability to carry loads of water' but loses a point for ability to fit snugly in unmodified cages and the slightly basic mouthpiece, though it still works well.

Over a tenner is a lot for a standard, albeit extended bottle. Science in Sport's 980ml bottle (that's actually more like 1,040ml according to road.cc readers) is a fiver, and you can pick up a Zefal Magnum for just three quid. You're going to have to really want that extra 100ml to justify the Further's cost.

Fine. You put lots (and lots) of water in, you drink it. Nuff said.

A 710ml Camelbak Podium bottle has an RRP of £11.99, but you're paying there for the clever lockable mouthpiece. The Further's premium price gets you its large capacity, but Science in Sport and Zefal both have bottles in the same ballpark for a fiver or less.

Would you consider buying the product? Yes, but I'd probably end up buying one of the cheaper but slightly smaller rivals.

If you want to carry spectacular amounts of water without resorting to a water-carrying backpack, then the Further bottle is currently your biggest option. It loses points for its high price, a mouthpiece that's rather basic for an expensive bottle, and for not fitting as snugly as it could in some cages. 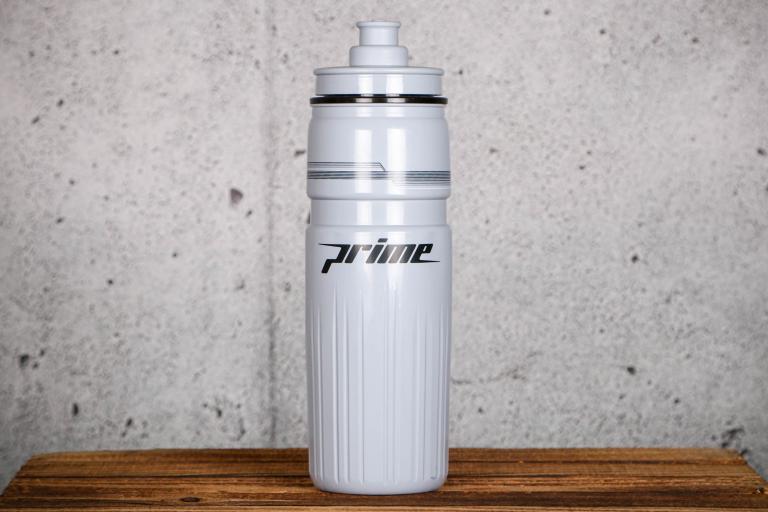 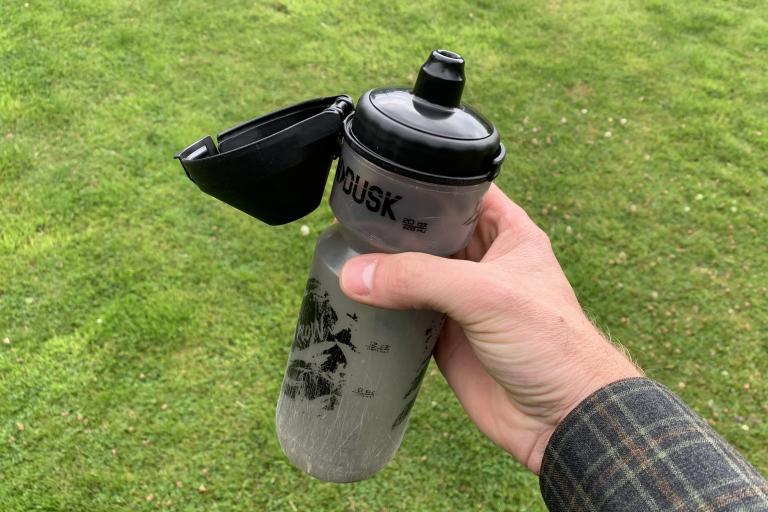 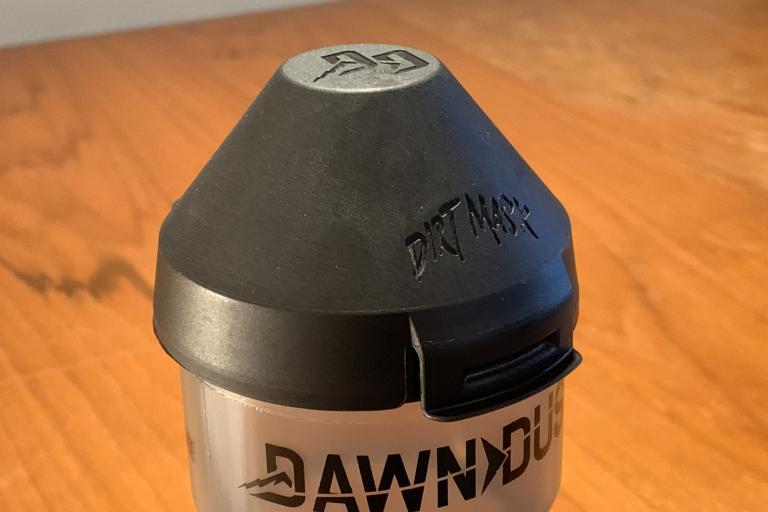 Ideal way to upgrade your existing bottles to be muck-free – if it fits... 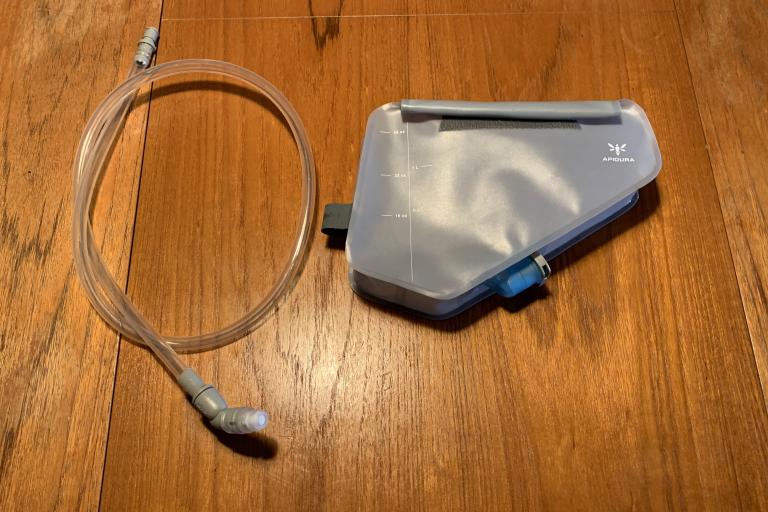