5
10
Great run-times for the power outputs, but let down by a poor beam pattern
Weight:
192g
Contact:
www.oxfordproducts.com
How we test

The Oxford Ultratorch 850 puts out plenty of lumens and is well made, but the beam from the single LED is rather primitive. The bracket doesn't feel the most robust, either, though it's still holding up after a month of testing.

With a decent beam pattern, 850 lumens is pretty much enough for all road riding situations, so to see the Ultratorch available for £59.99 I instantly thought, what a great light for the commuter or for those who have to get their training done in the evening.

The problem is, the Oxford doesn't have a decent beam pattern. It literally uses a simple concave reflector with a high-powered LED, which delivers a spot of intense light onto the road surrounded by a massive halo that really isn't doing much at all apart from illuminating the sky and surrounding hedgerows in a weak glow.

The spot itself is a crisp white light, which picks up everything in your path even when the roads are wet, and if Oxford had done something with the reflector design to focus more of the 850's light on the road this could actually be a really decent product. 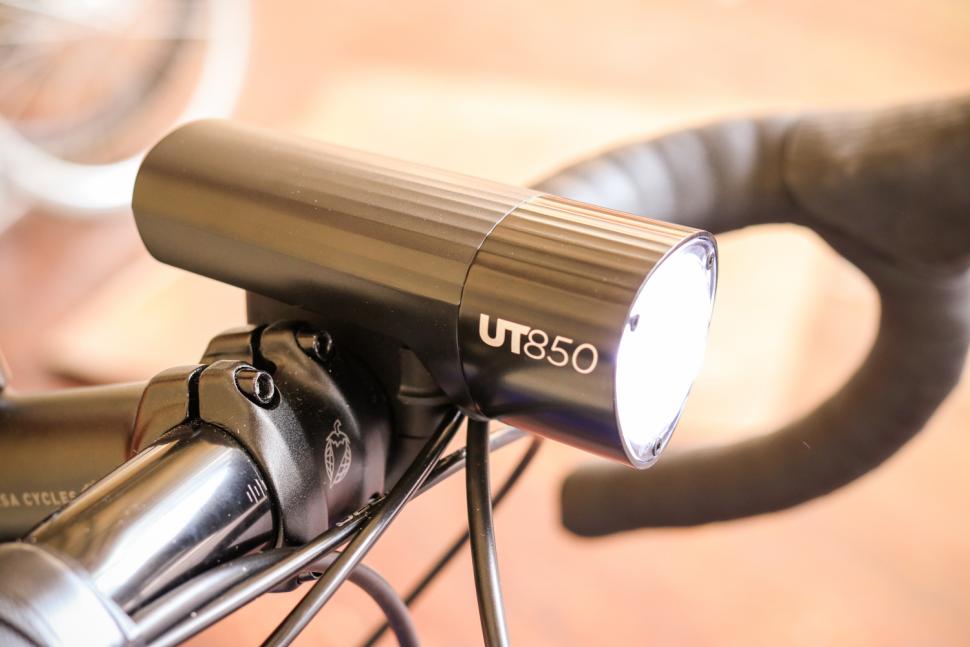 For starters, the run-times for the various modes are impressive: 850 lumen (3.5hrs), 425 lumen (7hrs), 215 lumen (14hrs), 85 lumen (28hrs). There is also a daylight flash mode which lasts for 28hrs. After three or four charges I was achieving well within the ballpark for these figure, sometimes above, sometimes below. 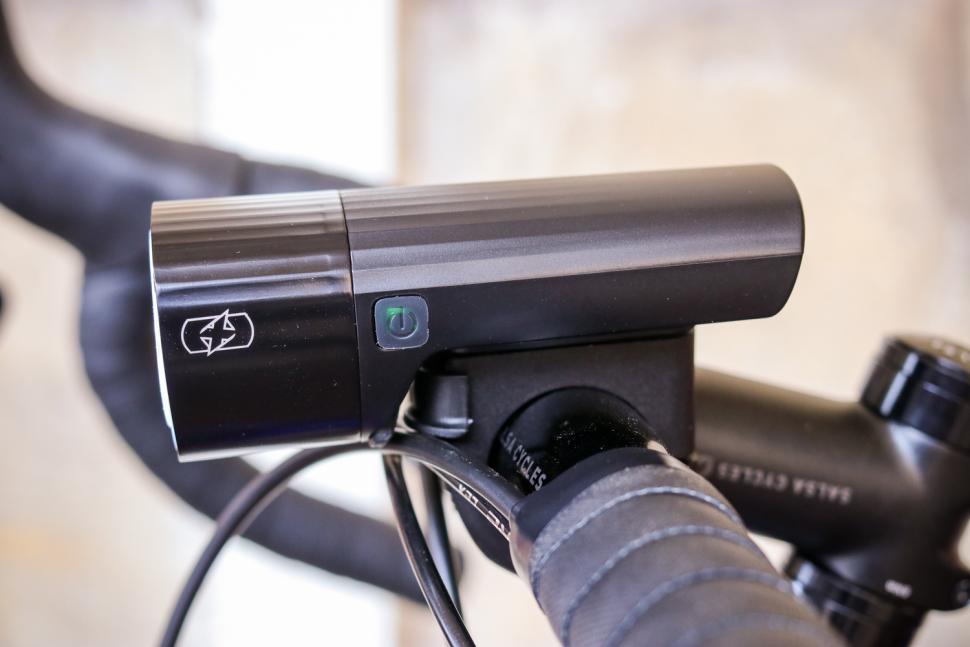 So, you're riding along and you know you've got a technical downhill coming up. You're in the 425-lumen mode so as you scroll to get that 850-lumen one your light output is getting dimmer, then a bit of disco, then complete darkness before getting the light you require. It's not good.

The on/off button emits a light glow in green while the battery is above about 25%, before it turns orange. Being on the side of the body, though, it is difficult to keep an eye on when riding.

Charging takes place via USB at the rear of the main light unit and takes 6.5hrs; that's doable during work hours if needs be but quite a long time compared to many other lights.

The charge point is covered by a rubber cover and when the light is fitted to the bike it is also shielded by the bracket. This all keeps the rain out when on the road and even in the shower too, for a bit more of an intense test. The 850 is only rated to IPX4 which means, 'It is resistant to water splashes from any direction' so the fact that it stood up to the power shower is impressive.

The bracket will fit 31.8mm diameter handlebars or, with the addition of the rubber inserts, it can cope with 25.4mm. Although the plastic it's made from doesn't feel particularly high quality, and the little button that enables you to slide the light off the bracket feels really flimsy, once tightened the bracket does keep the light firmly on the handlebar. For the money, the quality of the light – with an aluminium light head and a plastic cover for the battery – is pretty decent. Its shape means it sits snuggly against the handlebar as well.

The Lezyne Lite Drive 800XL has a few issues with its own mode selections but its beam pattern and use of the available 800 lumens far surpass that of the Oxford, and it's a little cheaper at £57 too.

The Blackburn DayBlazer 800 also scores well for its optics and costs just £54.99.

The Oxford competes and even beats these lights on run-times, so it's a shame that more development has gone into that reflector.

Overall, it's an okay light for urban commuting with the odd foray out into the lanes, but its beam pattern is seriously lacking.

Great run-times for the power outputs, but let down by a poor beam pattern

The Ultratorch 850 is a light designed for being seen and to see by. It has some flaws in its design, though, especially when it comes to the beam pattern.

Easy to use, but having to scroll through 'off' is a serious design flaw.

Does the job but feels cheap and plasticky.

No issues in heavy rain or in the shower.

Charge time is around 6.5hrs and the battery offers pretty decent burn-times.

Not bad for the quality and output, but others for the same money perform better.

As a light it doesn't really deliver; it's best described as a torch that fits to your handlebar.

You can get plenty of similarly powered lights for around the same money but with optics that are far superior in most cases.

Did you enjoy using the light? No

Those poor optics and the fact that you have scroll through 'off' while riding really brings the score down to average for the 850, which is a shame because there is actually a lot to like.