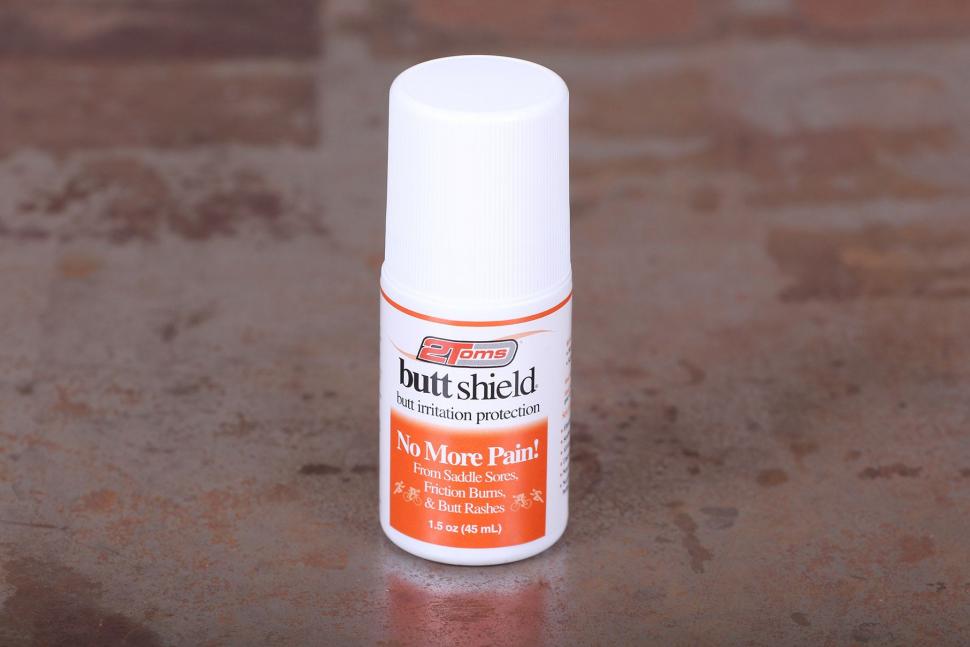 9
10
Excellent odour-free, non-greasy, long-lasting anti-chafe lube, if you can get over the roll-on thing
Weight:
76g
Contact:
2tomsuk.com
How we test

2Toms Buttshield is a roll-on chamois cream. Hmmmm. Let's think about that shall we? Roll-on. Chamois cream. A roll-on for down there. It, um, doesn't seem quite right, a little... unsavoury and maybe just a bit unhygienic. Or is that just me? You know... roll it about downstairs, put the top back on, leave it to fester for a bit before the next ride. Roll it about the undercarriage again. The possibility of picking up a bit of, um, fluff in passing.

Not that a tub of more standard chamois cream doesn't have the potential to be a nicely maturing pot of germs, even if you don't double-dip, but it just feels a little, ummmm, odd, to have to rub a roll-on around the crotch area. It's certainly a different way of going about things. Readers of a certain vintage may be reminded of the Not The Nine O'Clock News 'Swedish Chemist's Shop' sketch. Or again, is that just me?

On the plus side, I'm pretty sure no one's going to want to borrow your Buttshield if they've forgotten their own chamois cream, so there is that.

Application reservations aside, 2Toms Buttshield is full of nice things to make that bit a bit nicer when cycling: Aloe Vera, Vitamin E, Shea Butter, Green Tea Extract, Calendula Extract and Horestail Plant Extract are all in the mix that contains no animal products.

2Toms Buttshield can be a little awkward to apply (and not just mentally) in this roll-on format (single use wipes are available); because of where you're putting it, the bottle is mostly upright during spreading which means the fluid doesn't naturally flow through the roll-on ball as it would if you were using a roll-on inverted in an armpit. So to get a decent layering of lube you have to turn the bottle upside down, give it a squeeze to pre-load the ball and then roll on, which makes the awkward process a little more fussy than it needs to be. Or you could do a pre-ride prep hand-stand to make things easier.

A possible bonus compared with other cycling-specific chamois creams is that, should you feel the need to apply a friction-reducing salve elsewhere on your body rather than the more traditional places you might do for a ride, maybe the inner-thigh or somewhere personal that tends to rub on a ride, then the roll-on applicator and thin, non-greasy film of the Buttshield makes this easy and non-messy.

Administration issues aside, 2Toms Buttshield is a very, very good chamois cream, although it's not really a cream and more of a liquid. It's odourless, goes on without any mess and, thanks to the application method of rolling a thin film on the skin, there's no chance of over lubing. Buttshield is very smooth and silky to the touch and doesn't feel in any way unpleasantly clammy or sticky once it's in place down where it needs to be.

And once Buttshield is there it stays down there, even over the longest rides. Despite not being able to feel it between your legs (a good thing) it does work (also a good thing), preventing rubbing and soreness for whatever length ride you choose to be on. A little discreet checking after rides showed that there was still a useful friction-free layer of Buttshield where it was put on several hours previously. The roll on may be problematic but it doesn't roll off.

Excellent odour-free, non-greasy, long-lasting anti-chafe lube, if you can get over the roll-on thing

2Toms says: "2Toms ButtShield is a revolutionary product, the solution for even the worst butt irritation and saddle sores which is applied to your butt or groin area to create a friction-free, satin-smooth surface that prevents chafing. Applied with an easy to use roll-on applicator ButtShield will not rub off even under the most extreme condition. One application is all you need to guarantee a day of comfort, since the last thing you want to be doing all day is thinking about your butt!"

I'd concur with all of that. Excellent, long lasting, odourless silky butt cream – contentious application method though.

Stays put for the longest rides.

You can't feel it's there at all but it certainly works at keeping things comfy downstairs.

It might seem pricey for such a small bottle, but thin layering of application means no waste or overspill and lengthy on-saddle effectiveness make it very good value.

Very different in many ways to your usual chamois cream but it does its job incredibly well.

The roll-on application was a little disconcerting.

Did you enjoy using the product? Once it was on, yes.

Would you consider buying the product? Now I'm mostly over the roll-on issues, yes.

Would you recommend the product to a friend? Yes, they're not borrowing mine.

It was quite a mental shift to get used to putting Buttshield on, but it's one of the least obtrusive, longest lasting botty lubes I've used.

I usually ride: It varies as to the season.  My best bike is: The one I'm on at the time 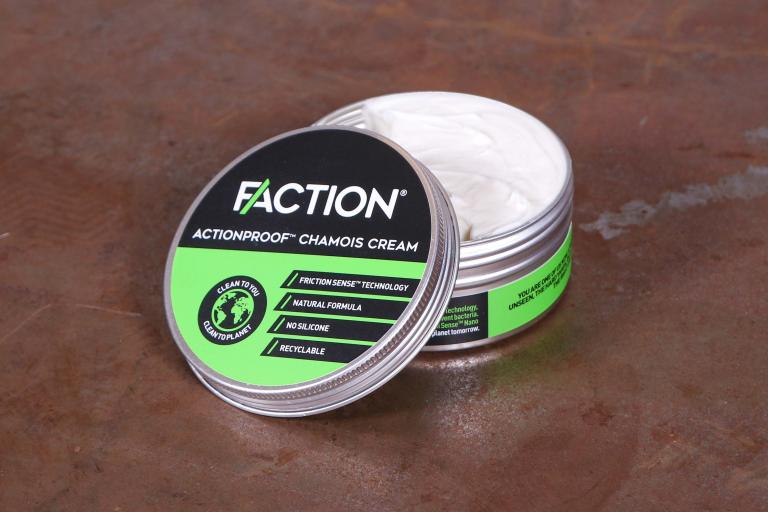 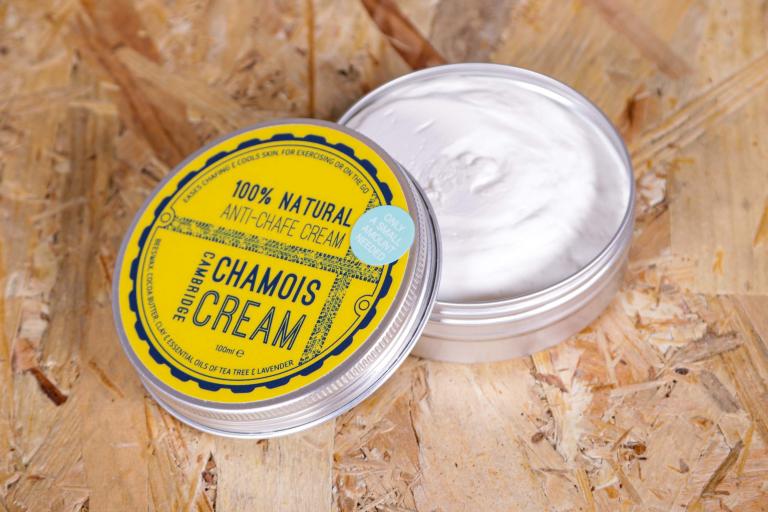 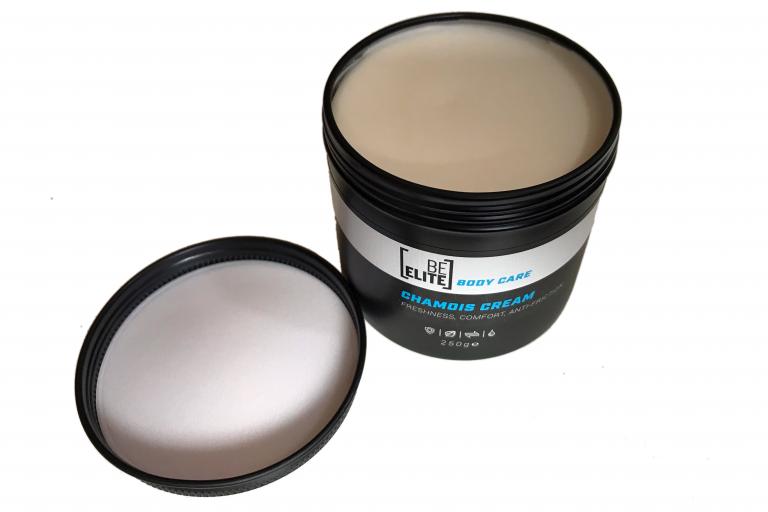