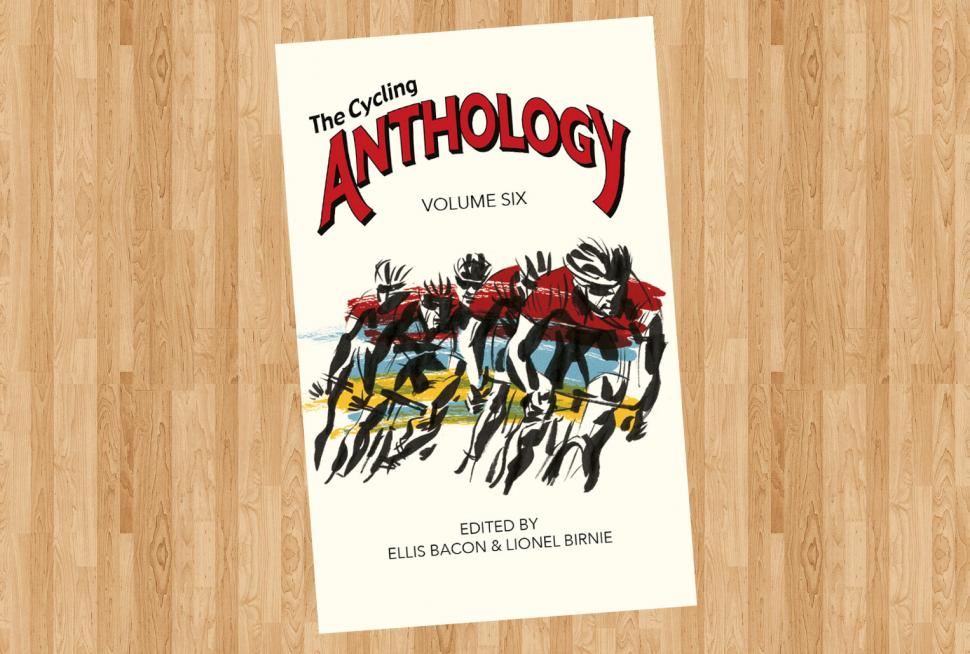 9
10
Just as good as the five volumes that preceded it
Weight:
200g
Contact:
www.lionelbirnie.com
How we test

As the latest in the series of Cycling Anthologies, volume six presents the humble book reviewer with a challenge: how to find an original way to say that it is just as good as the five volumes that preceded it?

This website has previously given favourable coverage to volume one, volume two, volume three, and volume five (not sure what happened to volume four), and this latest volume is every bit as deserving of an equally positive rating.

For anyone trying to follow these things, volume six sees a return to the Peloton Publishing fold - whereas volumes four and five came from Yellow Jersey. Volumes one to three are available from either publisher, as Yellow Jersey reprinted them when they became involved. The only noticeable difference between the two publishers' output is the design of the cover, although Peloton also seems to use a slightly heavier weight of paper inside.

The book continues with a well-proven system, which is to provide 'a collection of original writing by some of the world's best cycling journalists', and you can see the full list of writers here.

Amongst the 11 contributors, the editors Ellis Bacon and Lionel Birnie maintain their record of contributing to every volume so far. A further three writers appear for the first time; one of them is Felix Lowe, which was a surprise to me – only because he seemed like such an appropriate choice that I thought that he must have contributed already. (If you don't know him, he writes the Blazin' Saddles blogs for Eurosport, and has just won 'Blogger of the year' at the Cycling Media Awards.)

Another new entry is Robert Millar, who is becoming as well known for his writing as his cycling. Finally there is a LeMond, but not the one that you might expect: Kathy LeMond 'writes about what it was like to support her husband during some of his bleakest days'.

>> Find out which books made it into our top five road.cc People's Choice

To highlight just two of the returning authors, Peter Cossins' chapter would be right at home in his recent book on Alpe d'Huez, and Will Fotheringham's report on Sir Bradley's tilt at Paris-Roubaix this year would be a useful update to any Wiggo biography.

A volume seven is promised, so look out for that during next year. Peloton hit on a winning formula back in 2012, and has shown that there is still mileage in the format.

Just as good as the five volumes that preceded it

Peloton says: "Welcome to a collection of cycling writing we like to think is like no other."