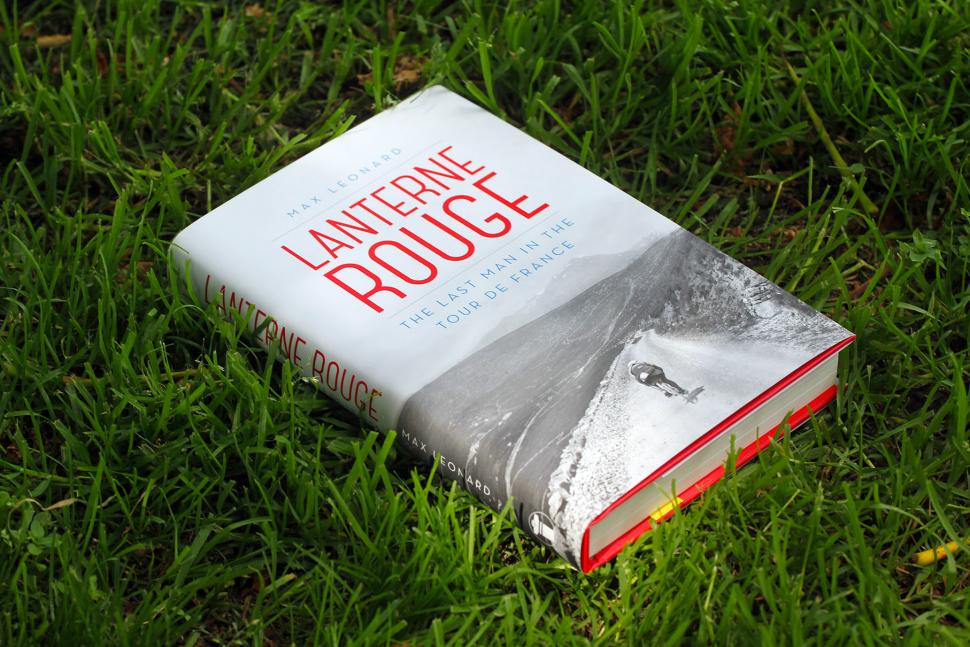 8
10
Shows that the race for the lead is not the only contest to provide interest and controversy
Weight:
444g
Contact:
www.randomhouse.co.uk
How we test

There is drama and intrigue to be found throughout the Tour de France, and this book opens our eyes to the end of the race that is often ignored: the cameras are rarely there, and the commentators are focussed on the battle for the lead. It "flips the Tour de France on its head and examines what these stories tell us about ourselves, the 99% who don't win the trophy, and forces us to re-examine the meaning of success, failure, and the very nature of sport."

Leonard's interest in the other end of the race came after he was forced to abandon during the 2011 Étape du Tour; a colleague who also wanted to give up decided to carry on riding because there was no room for him in the coach. Leonard had failed and his pride had suffered, and he concluded that he would have been better to have carried on and risk finishing last rather than give up.

Although someone has always finished last in the Tour de France, the author's research shows that the name Lanterne Rouge was not used until 1919 – which also happens to be the first year that the Yellow Jersey was used. The term is derived from the red lantern that was hung on the back of a train to confirm that all carriages were present and connected.

In the early years of the race circumstances were very different to today, so the record set in 1904 is unlikely to be beaten: Antoine de Flotriere spent twice as long in the saddle as the winner at 100 hours, 28 minutes, and 52 seconds behind. That would seriously compromise your rest and recovery time.

On some occasions the race had two stages in one day, a split stage. If the Lanterne Rouge finished the morning's road stage well behind the winner, he would not have long to prepare for the afternoon's stage – and if it were a time trial he would be first off, which could be a few hours before the leading riders.

Over the years the title has at times been fiercely contested by the relevant riders as it gave the holder a desirable status in the lucrative post-Tour criteriums. Sometimes the race organisers have tried to discourage what they saw as a lack of respect for the race: in 1939 Article 41 decreed that the last rider on overall General Classification would be eliminated each day – in other words the Lanterne Rouge. This is a bit like a long drawn out version of the Devil (or Elimination race) that features in many Track meetings.

In that year a former Yellow Jersey wearer Majerus paced himself over the mountains of the sixth stage, safe in the knowledge that there was still a rider behind him who would be eliminated. Unfortunately for Majerus, the rider in last place failed to make the time cut, so he was still eliminated. The rule was quietly suspended later in the race, but incredibly the race organisers had another go in 1980.

Although the book takes us up to 2013 and the 100th edition of the race, there was a renewed interest in the title in 2014 thanks to Ji Cheng. He was going to attract interest just by being the first ever Chinese rider to take part in the race. His story was made more interesting because he was an important part of the team that helped the most successful sprinter in the race to succeed, Marcel Kittel: by working hard at the front of the peloton in the early kilometres to prevent any breakaway gaining an unmanageable time advantage he became known as the Breakaway Killer. The result was that his main job for the day was often done long before the finish, so he would sit up and conserve his energy for the next stage - which was to the detriment of his individual placing, but to the advantage of the team's overall performance.

In a final twist Cheng nearly lost his chance to finish the race by crashing on the Champs-Elysees during the final stage, and had to work hard to make sure he finished within the time limit. He lost another 9 minutes and 25 seconds that day, and was actually lapped by the main field – which was led home by team mate Kittel.

This book does a great job of revealing some of the less well known stories from le Tour: well written, entertaining, and informative.