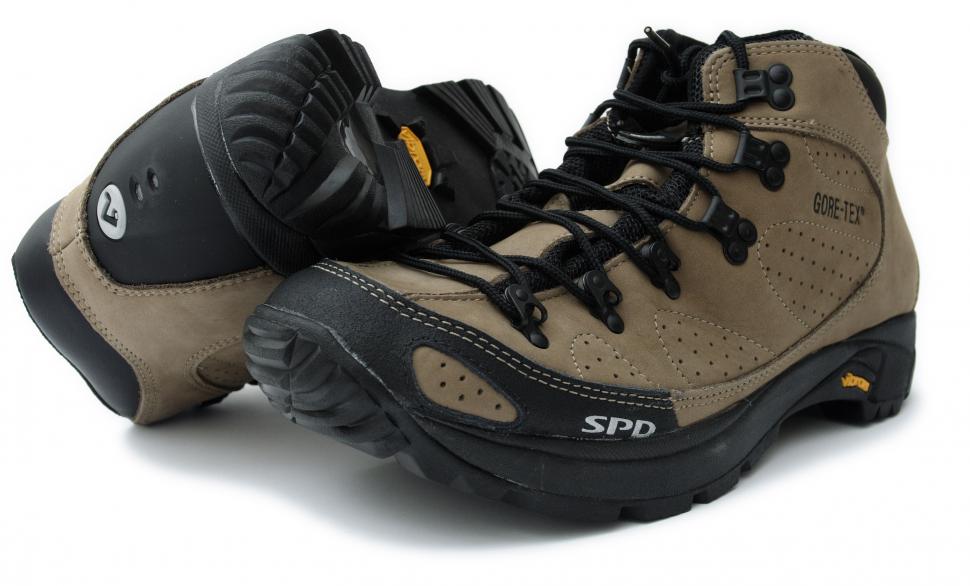 9
10
The initial price is high, but it's money well spent for years of dry and comfy feet
Weight:
1,438g
Contact:
www.ultimatepursuits.co.uk
How we test

The MT90 has been a stalwart shoe in Shimano's range for many years now, and I'm basing my comments here not just on the new pair I've had to test but my long-suffering three-and-a-half year old pair that have been pressed into service for pretty much every type of riding I can think of, save for road racing.

Looking at the old and the new, it's fairly obvious that not much has changed over that time. Save for a new scuff-resistant toe box, they're pretty much identical. You get a full leather outer that's completely lined (even along the tongue and sole plate) with a Gore-Tex membrane, and a Vibram sole with SPD cleat holes. The tongue is gussetted to keep water and grit out, and the laces have roller eyes at the bottom and hooks at the top to keep everything tight. There's an elastic lace holder on the tongue, too.

Slip them on and at first they feel a bit stiff and tight – they're more a hiking boot than a riding shoe in both design and construction. They soon mould to your feet though, and after that it's nothing but simple, effective foot protection for years and years. They're the most waterproof cycling footwear I've ever tried, and they're incredibly tough. For commuting, touring and off roading they tick all the boxes. The Gore-Tex allows your feet to breathe too, so even in the summer they're perfectly wearable, if a little warm.

I can't praise old my pair highly enough, really. Nearly four years in they're yet to let me down. The laces have changed a few times and they look a bit beaten up, but they're as waterproof as the day they were new, and much comfier. I've commuted in them, year round. I've taken them off road in the summer and the winter. I've completed a couple of short tours in them, and because they're so well behaved (and normal-looking) off the bike there's less need to take alternative footwear. The new pair have taken up the gauntlet, and a month or so in they're starting to feel really good. I've no doubt that I'll still have them next time they come up for review.

The bottom line is that £115 is a lot to pay for a biking shoe, but you've got to look at that investment in terms of what you're going to get out of it. Three and a half years ago it seemed like an awful lot of money. Now I'd say they were a bit of a bargain.

Any downsides? Well, they're heavy. Admittedly unless you've got pontoon feet like me yours won't break 1400g (Shimano reckon 1024g for a size 40, and we weighed ours with cleats), but it's still a big shoe, and you can feel that weight a bit after a couple of hours. That being said I've done plenty of centuries – metric and imperial – on my flat barred bike wearing MT90s. The only other minus point is that as the sole wears down, the cleats become more exposed so that you catch them on kerbs and uneven flagstones a bit more over time. I only really noticed when I got the new pair though, so it can't be that much of an issue.

If you do a variety of riding then the MT90 is a great cycling shoe to own. Okay you're not going to time trial in them, or wear them to your next sportive, but they're up for pretty much anything else. And as a day-in-day-out commuting boot, there's not much that can touch them. 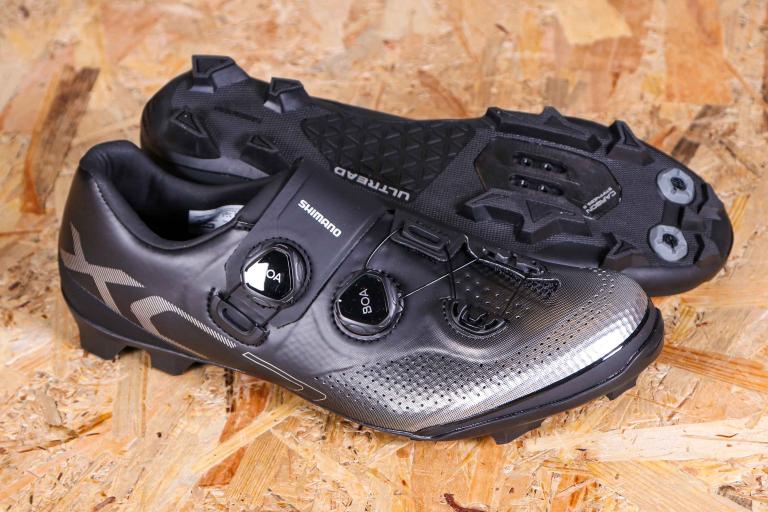 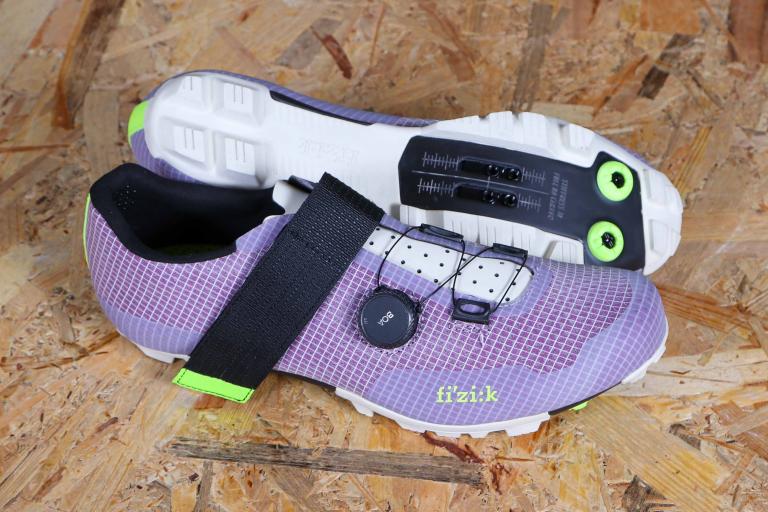 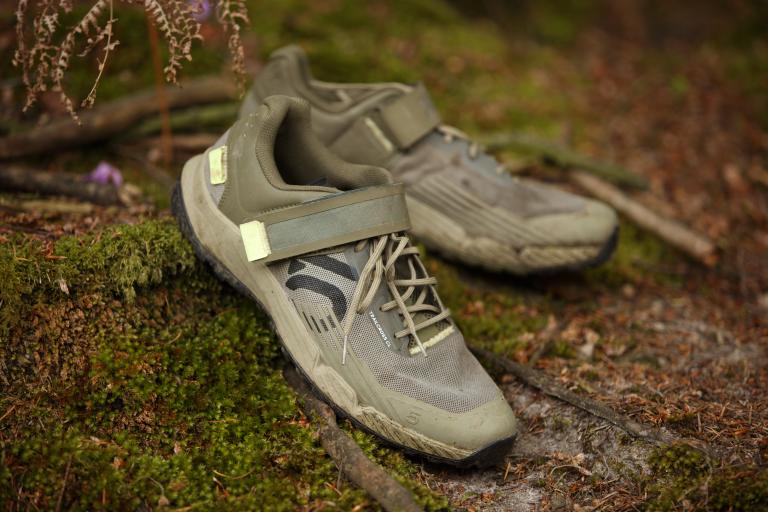 An excellent shoe for hike-a-bike situations, though lacking stiffness and weather protection 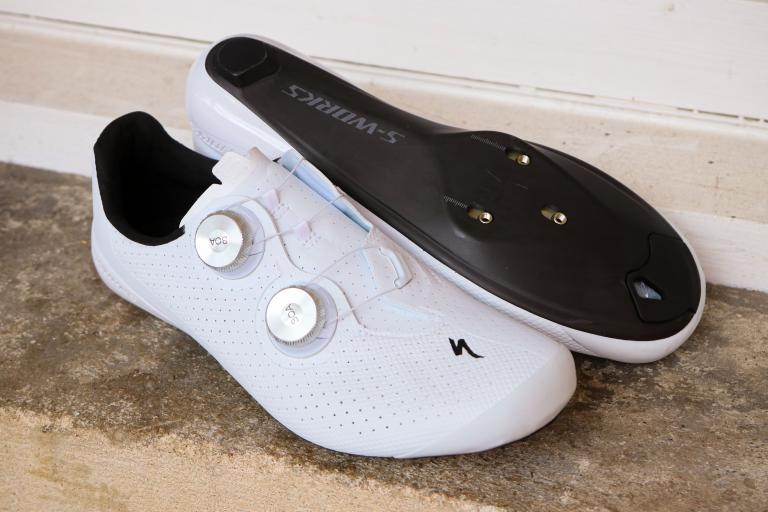