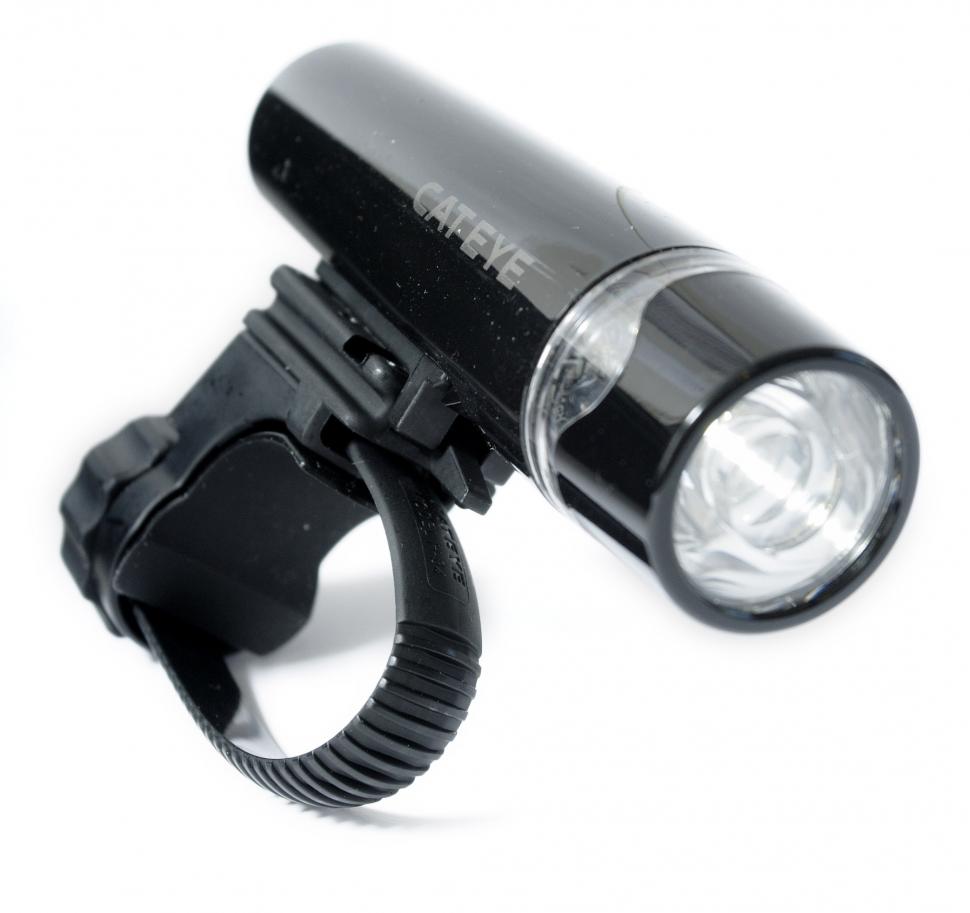 8
10
Good quality town light with a strong beam and a clever clamp
Weight:
84g
Contact:
www.zyro.co.uk
How we test

Cateye's EL410 from last year was well received in most quarters as a town commuting light, and the EL010 is the new pretender. Cateye don't have an unblemished record where superseding old models is concerned, so how does the new model stack up?

Three LED emitters have become one, and it's driven from just one AA battery (in place of three AAAs). Despite that, Cateye claim it's twice as powerful though the run time is cut in half. Even so, you'll still get a claimed 60 hours of flashing or 15 hours of full beam - we haven't been counting the minutes but it certainly runs for a few weeks of commutes without a problem.

Gone is the somewhat fiddly magnetic switch (presumably no-one really needed their bike light to be waterproof to 50m) and you get a big rubberised button instead that you can use with gloves. It's not as clever, but it's definitely an improvement.

The mount has changed too, from a rubber strap affair to Cateye's new FlexTight™ which is effectively a big plastic jubilee clip, and it's excellent. Just thread it through and tighten it up, it'll grip pretty much anything and it's a joy to move from bike to bike. You can buy them separately too. Once you've tried it you'll wonder why it's taken everyone this long to think of it...

We've come off the back of testing some pretty bright lights that are more than you'll need around town, and the OptiCube™ LED and lens in the Uno can't match them. But we were pleasantly surprised by the power of the beam, it's an obvious improvement over its predecessor. The beam pattern is nicely focused for town riding, and it throws out enough light for the odd unlit lane, so long as you're sensible. There's all round visibility from a perspex ring, with larger windows at the sides.

You can probably tell that we really like the Uno. It ticks all the boxes for a town commuting light, and it's bright enough to keep you on the road once you leave the street lights behind. £25 isn't cheap, but it's certainly money well spent.