The 23-year-old stole a march on some of the best riders in the world flying past them with just over 1km to go.

A small group containing Enric Mas, Primoz Roglic, Jack Haig and Adam Yates attacked each other repeatedly on the slopes of the final climb.

All of the riders knew that if they got to the finish with Roglic then they would be racing for second place and as a result they began watching each other and the pace dropped in the final few kms.

As Sean Kelly eloquently put it: "You can't take Roglic into the kind of finish because he will kill you."

Champoussin took his chance and powered past the group quickly taking a gap of 25 seconds.

He dropped his head, exhausted as he crossed the line having produced one of this years Vuelta's most memorable victory.

Meanwhile, the GC was shaken up as Miguel Angel Lopez was dropped early on after  missing a split.

The Movistar rider later abandoned the race with reports saying he was in 'angry' discussion with his sports directors at the side of the road.

Speaking after the finish, Brian Smith said: "Lopez just spat the dummy out. You can't do that and we've seen him do it before with that spectator.

"And yet again he's just spitting the dummy out like a small child."

Oscar Pereiro, the 2006 Tour de France winner who was born and raised in the area devised the route and he described it as 'leg breaking'. 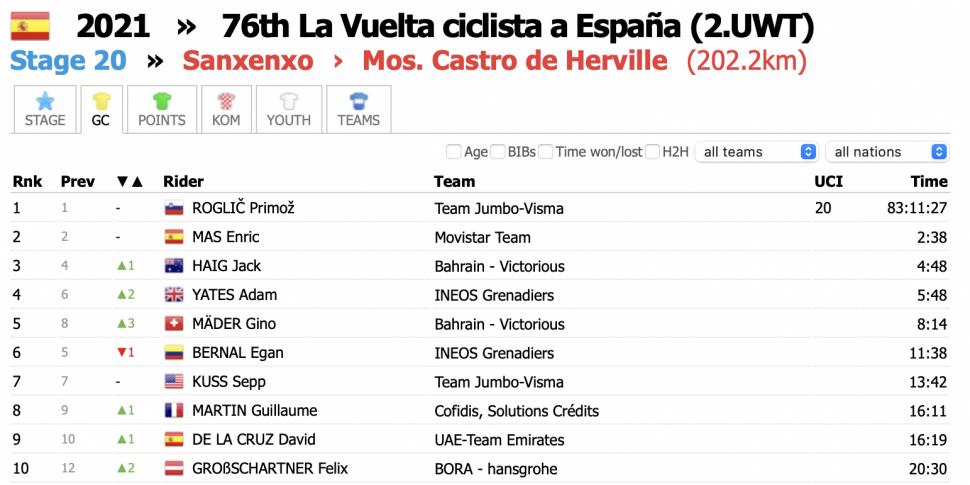