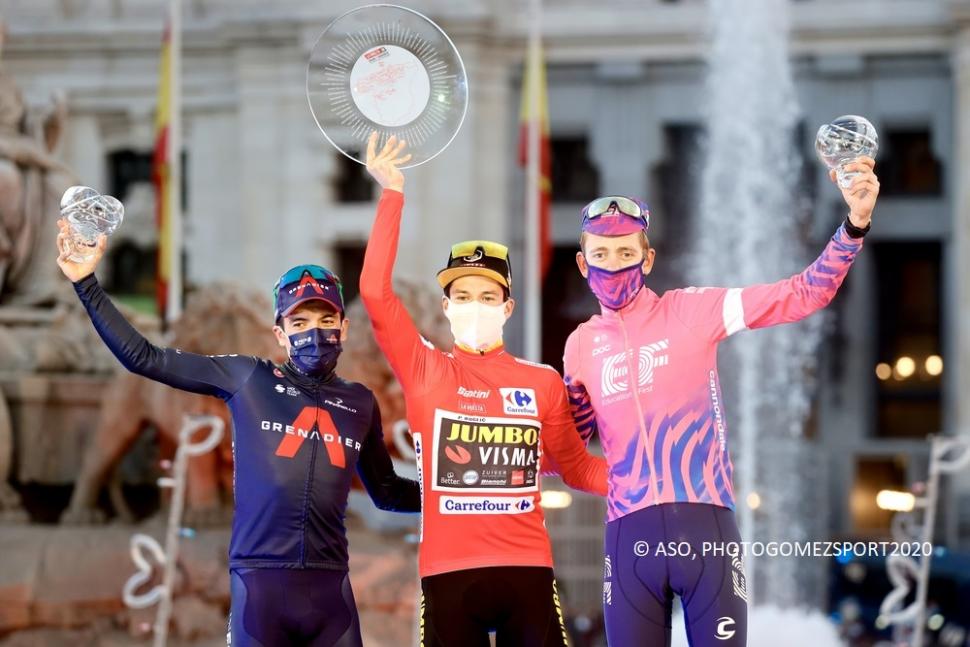 Why you should watch the Vuelta 2021: plus route preview and main contenders for cycling's most unpredictable Grand Tour

The final Grand Tour of the year on the pro road racing calendar starts tomorrow, and with nine summit finishes it promises to be a cracker
by Simon_MacMichael

Tomorrow sees the start of the 76th edition of the Vuelta a España, with a star-studded cast headed by Primoz Roglic, looking to become the first man since Roberto Heras in 2004 to win three successive editions, and Egan Bernal, who is aiming to become just the eighth rider in history – and at 24, the youngest – to have won all three Grand Tours. 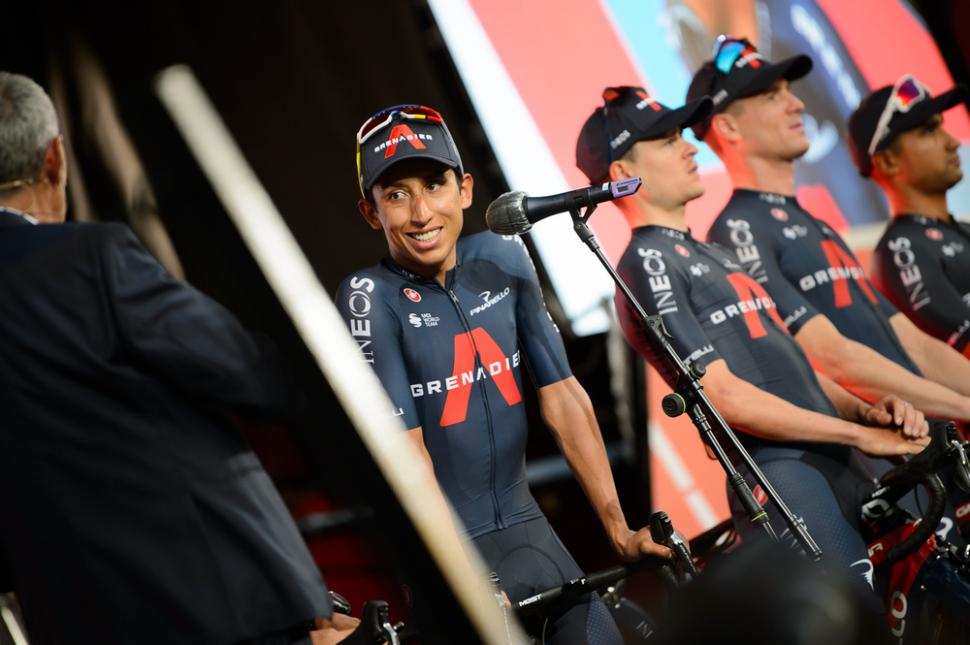 There’s a religious theme to the route, which is topped and tailed by individual time trials in Burgos and Santiago de Compostela – the former’s cathedral celebrates the 800th anniversary of its foundation this year, while 2021 marks a Holy Year in the latter, and as if that weren’t enough, Sunday’s second stage starts in the birthplace of St Dominic, who died in 1221.

As the crow flies, it’s around 400km from Burgos to Santiago de Compostela – and the prevailing wisdom in guidebooks and online forums dedicated to the medieval Camino pilgrimage route that links the two cities is that it takes around three weeks to complete that section on foot. 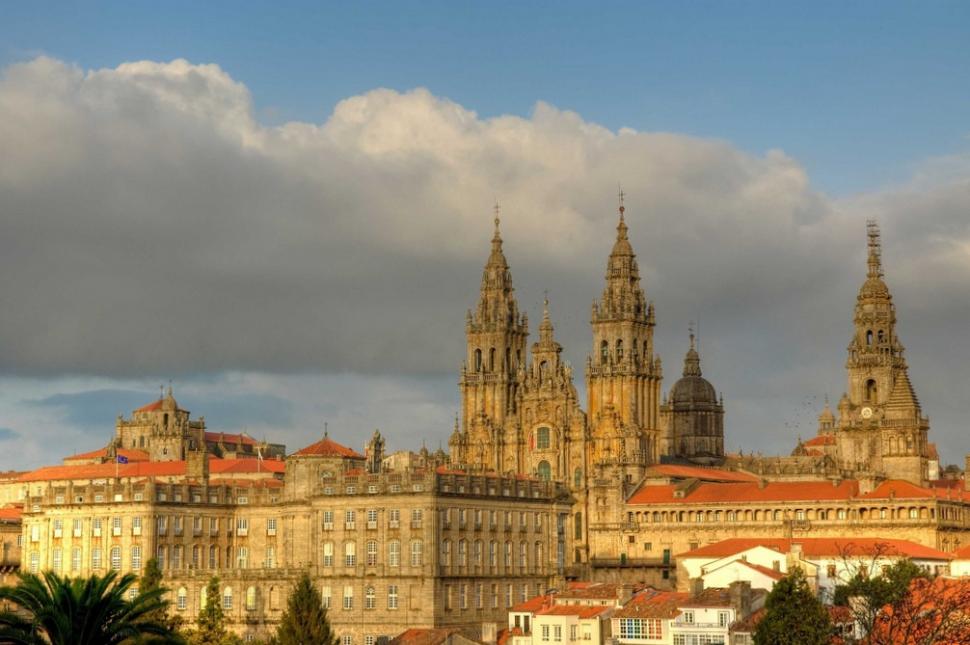 That’s the same number of weeks the Vuelta peloton will take between the two cities, although by a much more circuitous and at 3,336.1km longer route, taking in some parts of Spain the race rarely visits, as well as more mountainous terrain, with nine summit finishes and a brutal final week.

The first of those summit finishes comes as early as Stage 3 on the Picon Blanco with more than 8km of climbing at an average gradient of 9.1 per cent, and as early as the end of a first week that combines most of what pass for flatter stages in this year’s race along with some tough uphill finales, we should have a good idea of who will be fighting for the winner’s red jersey.

The closing week in Asturias and Galicia the northwest of the country features a Stage 17 summit finish at Lagos de Covadonga, a regular inclusion in the race these days, but the following day sees a first-ever and much-anticipated climb of the Altu d’el Gamoniteiru (in Castilian, the Alto del Gamoniteiro) – 14.6km at 9.8 per cent and reputedly tougher than the Angliru.

That’s the final summit finish of the race, but ahead of the closing time trial the penultimate day sees a succession of tough climbs in the second half of a stage set in the southern Galicia’s coastal Rias Baixas area – perfect ambush territory if time gaps are tight at the top of the General Classification.

Besides newly minted Olympic time trial champion Roglic of Jumbo Visma and this year’s Giro d’Italia winner Bernal, other podium contenders include several of the latter’s Ineos Grenadiers team mates, including Richard Carapaz, winner of the road race at Tokyo, plus Pavel Sivakov and Adam Yates.

EF Education-Nippo’s Hugh Carthy returns after a strong performance last year that saw him win the Angliru stage on his way to third place overall. Meanwhile the home challenge is headed by Mikel Landa of Bahrain-Victorious and Movistar’s Alejandro Valverde – the latter’s 15th participation in a race he first rode in 2002 and won in 2009. This may be his last ever Vuelta, and we know for sure that it will be the final race of another past winner’s career, Fabio Aru of Team Qhubeka-NextHash, who triumphed in 2015 and has just announced his forthcoming retirement. 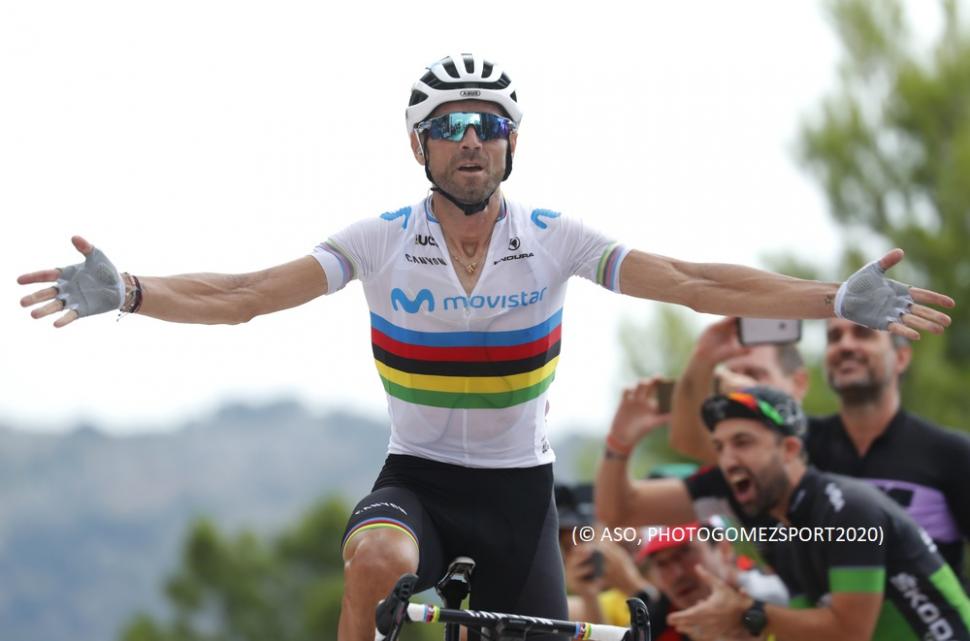 Potential pickings for the sprinters are few and far between, with Groupama-FDJ’s André Démare and Fabio Jakobsen of Deceuninck-Quick Step – riding his first grand Tour since his horrific crash at the Tour of Poland last year – perhaps the pick of the bunch. 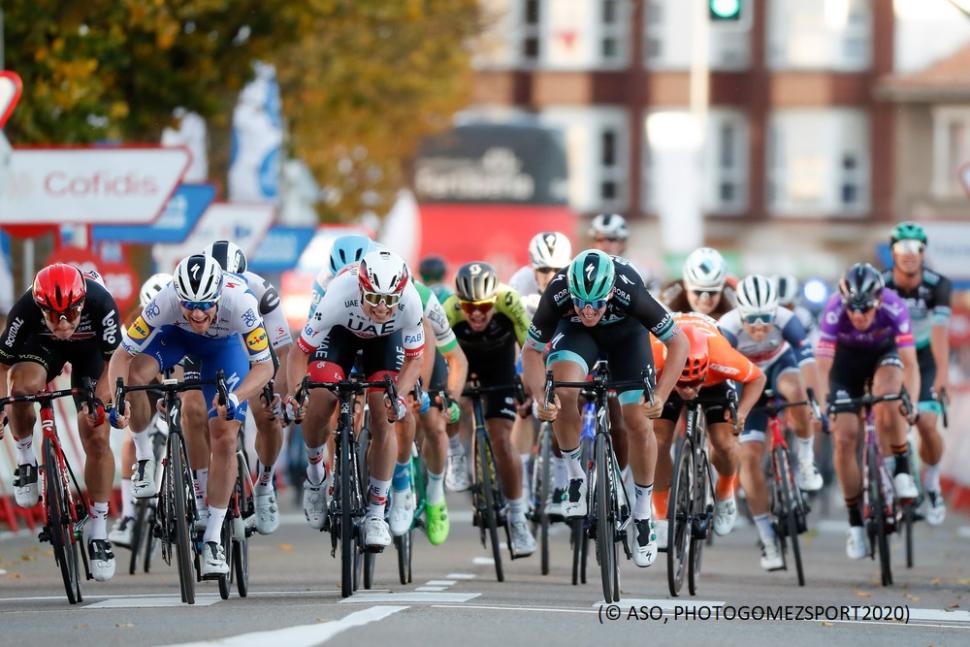 But with the World Championships in Flanders looming in late September, keep an eye too on the Classics specialists who have made their way to Spain to get at least a couple of weeks’ racing in their legs before aiming for the rainbow jersey – among them, Team BikeExchange’s Michael Matthews, Quinn Simmons of Trek-Segafredo, Israel Start-Up Nation’s Sep Vanmarcke and Olympic mountain bike champion Tom Pidcock, making a much-anticipated Grand Tour debut for Ineos Grenadiers.

You can find the full start list and stage-by-stage profiles including maps, profiles, timetables and details of climbs on the Vuelta website, where you can also download an interactive version of this year’s roadbook. 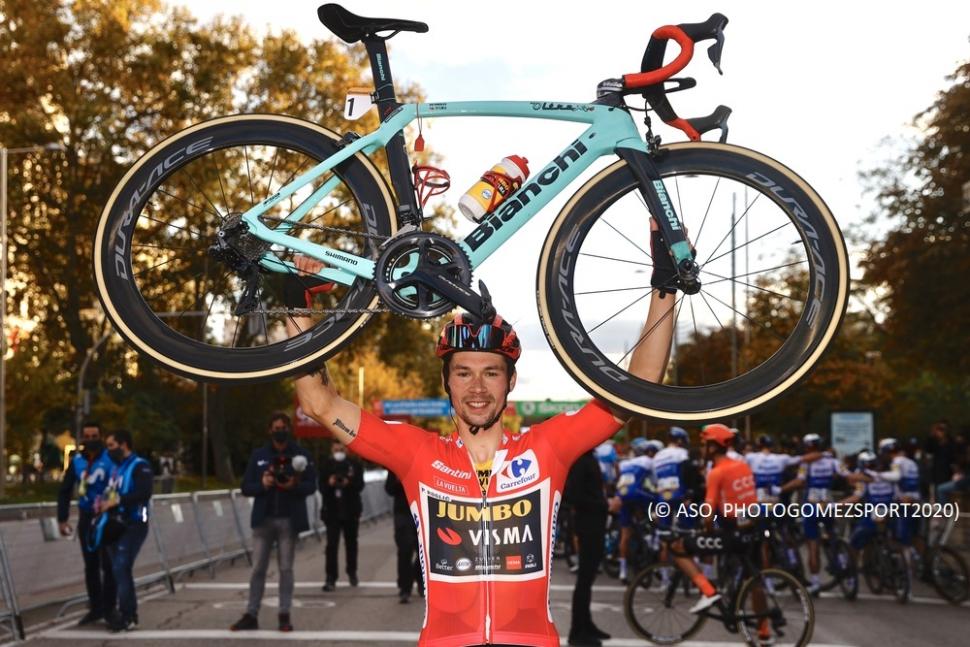 Meanwhile,  here’s road.cc’s Liam Cahill with his views on why you should watch this year’s race.

Why you should watch the Vuelta

As the last Grand Tour of the year, you’d be forgiven for thinking that the Vuelta a Espana is the lesser of the three-week races. The Giro d’Italia is the purist’s favourite and the Tour de France is the only bike race big enough for non-cyclists to bother watching. But the Vuelta can be the most interesting one to watch for cycling fans for a few very good reasons.

The Vuelta has always had a slight feeling of desperation surrounding it. Usually, you get a Tour de France favourite that crashes out of the Grand Boucle and, after a short time off the bike, they are told by the team’s management that they can save their season at the Vuelta.

The good news for us cycling fans is that there are plenty of riders heading to the Vuelta this year that are desperate for a result.

We’d have put Primoz Roglic in here too, but he spoilt it for us by winning one of those fancy Olympic gold medals. Team Ineos would also be in this camp. They come with five riders that could mount a genuine challenge on the GC. Good luck picking which one to put in your fantasy team.

The riders that don’t want to be there

At this point in the year, many contracts have been signed, relieving the stress on many riders. Some will be switching teams and others have job security that means they might have one eye on their off-season. A lap of Spain can be viewed as something to simply get done rather than an opportunity to bag a few more results but generally, riders are good professionals these days and will do a job for the team when called upon.

Vlasov heads up the Astana team. He’s on his way to Bora next year so the Vuelta could be the encore or an exit stage left on a rainy day in the second week.

The Tour de France is exceptional. The eyes of the world are on cycling for a brief time, so every sponsor wants their team at the front of the race, doing some winning.

The Vuelta is a little more chill and the peloton generally affords the breakaways more leeway and therefore more chances of racing for the stage win.

This is great because it often gives us two bike races in one. We get to see the break fight it out for the stage and then the overall favourites scrap for any remaining bonus seconds. With the slightly more relaxed style of racing, the Vuelta can be the ideal place for a budding young rider to learn how to race for the overall win.

Britain’s James Knox could be an interesting one to watch in this year’s race. The Deceuninck Quick-Step press release that announced their team for the race suggested that Knox would be allowed to go for some ‘nice results’ in the mountains and with no other GC hopeful in the team, it could be the ideal time for Knox to see how the legs go when racing for red.

UAE are without their main man Pogacar. He is skipping the Vuelta as anything but a win would have been a huge disappointment for the Tour champ. Who will they ride for? Finding out which riders are actually contesting the red jersey is one of the best bits of the Vuelta.

A modern take on a Grand Tour route

The essence of the Vuelta is to find the steepest climb around and then race up it. But the Vuelta organisers aren’t afraid to try something new and this generally creates very exciting racing to watch. In particular, look out for the back-to-back summit finishes on stages 17 and 18.

There are also bound to be some strong crosswinds which, when the race is populated by a bunch of climbers, generally creates some exceptional bike racing. 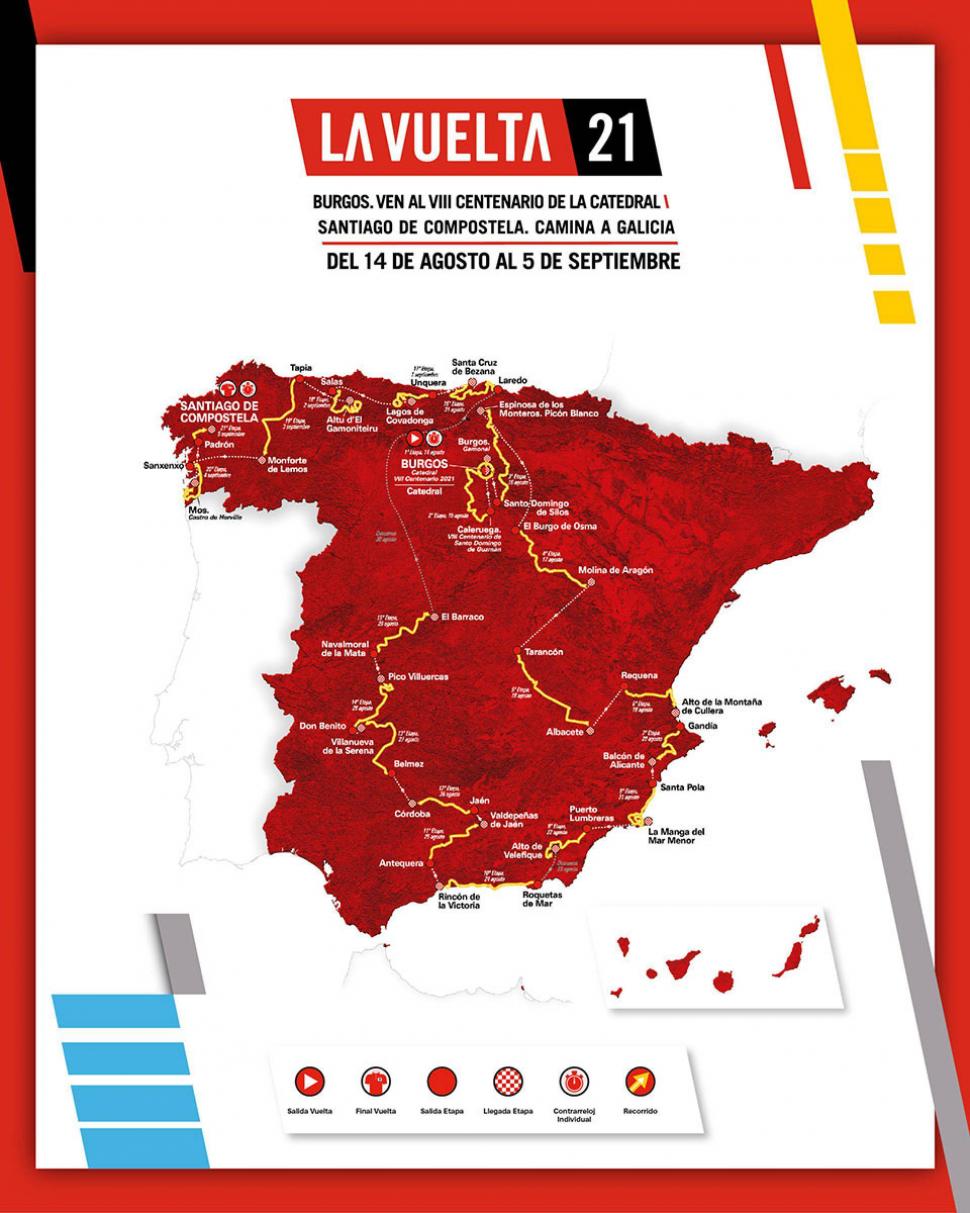