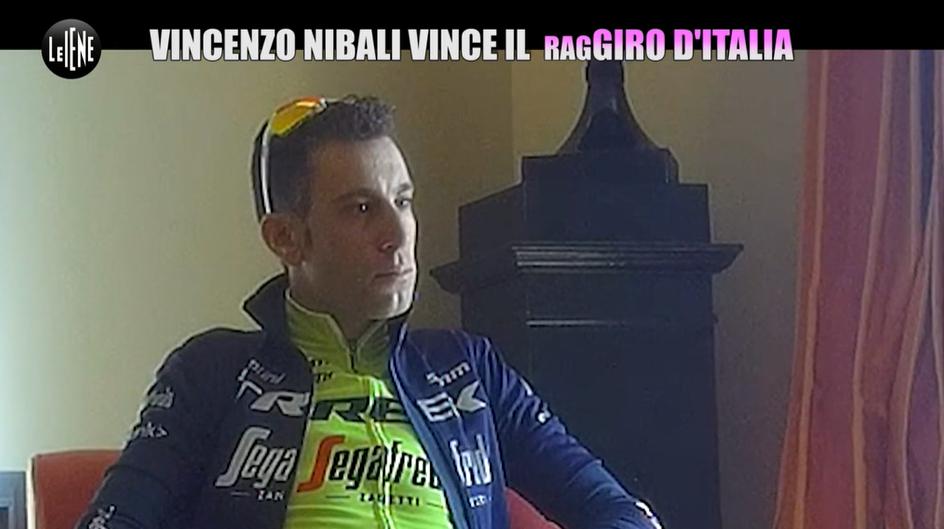 Trek-Segafredo star duped into believing his wife has made €2m investment – but intermediary will rip up contract on one condition ...
by Simon_MacMichael

Vincenzo Nibali, one of only seven riders to have won all three of cycling’s Grand Tours, has fallen victim to a hilarious TV prank during which, among other things, he gave a masterclass in swearing in Italian. Even if you don’t speak the language, we reckon it’s pretty hilarious!

The prank, which involved fellow pro cyclists Alberto Bettiol, Domenico Pozzovivo and Diego Ulissi, and his agents Alex and Johnny Carrera, aired last night on the Italia 1 satirical show Le Iene – literally, The Hyenas – which has a segment each week that is a kind of celebrity You’ve Been Framed.

It revolves around Nibali’s reaction to his wife’s apparent signing of a contract, without his knowledge, to buy a care home in Romania for €2 million.

The clip, which you can watch here, begins with the Trek-Segafredo rider having breakfast with his family then heading out for a ride with Bettiol and Ulissi on the roads of Switzerland’s Italian-speaking Canton Ticino, ostensibly to film a publicity video for the area.

Soon, a WhatsApp message arrives from Pozzovivo, asking whether they are indeed out riding, given he has spotted Nibali’s car parked outside a hotel which happens to be just up the road.

While he tries to call his wife, Ulissi – in on the joke – asks whether it’s today she was supposed to meet the investment guy, much to Nibali’s bemusement.

Immediately, a picture of Rachele with the man at the hotel arrives via Pozzovivo and an apparently panicked Nibali wastes no time getting there.

When he finds the room his wife is in and asks her what’s going on, she explains she’s there to sign the contract, and when she furnishes him with the details, he is open-mouthed in disbelief, throwing it to the floor and asking her whether she is mad and what the hell she is doing.

By this point, his agents have come into the room and, having leafed through the contract, tell Nibali it’s binding because his wife has countersigned each page, as required – his reaction to that being to hurl his helmet to the floor, with no small amount of force.

Now the intermediary comes in, insisting despite Nibali’s increasingly angry protestations that the contract is valid and then – once the agents have departed – coming out with the line, “How much is your wife worth?” as he says he’ll rip up the contract for the chance to spend one night with her.

If that’s straight out of Indecent Proposal, Nibali’s reaction, as he switches his gaze between the intermediary and his wife is something worthy of De Niro or Pacino in The Godfather trilogy, though without the ensuing violence.

Once the man departs and the agents are back in the room, Nibali – apparently in shock – explains what has happened and, looking out from the balcony sees the intermediary riding off on his bike, cheerfully waving the contract.

“Vaffanculo!” yells Nibali, charging downstairs and running across a hotel lobby in his cleats, resulting in what could have been a very nasty – and costly – fall, as the prankster makes off with his bike.

Grabbing Bettiol’s bike, he chases after him – there’s only going to be one winner in that race – at which point the reveal is made.

“Brutti stronzi” – approximately, “Bloody shitheads,” says Nibali to the hosts – “I almost killed myself rushing out there. You gave me palpitations.”