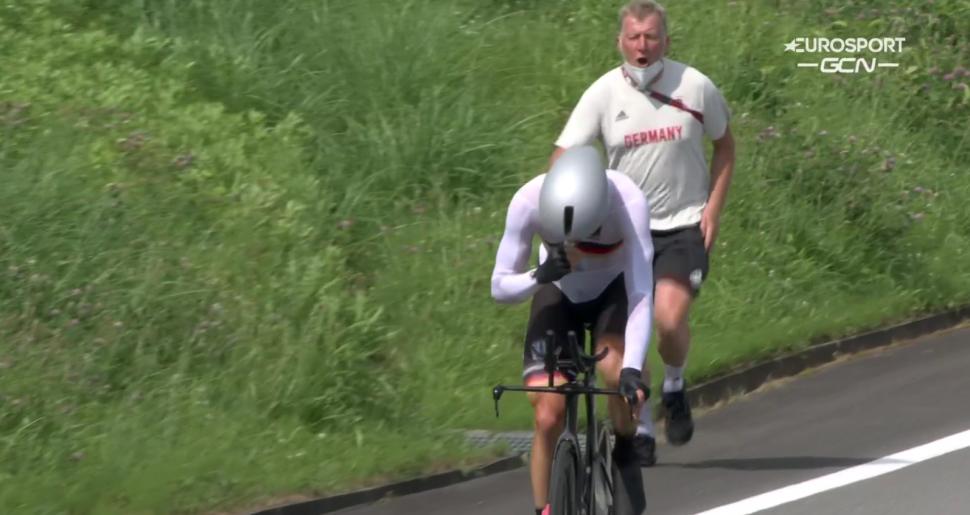 The UCI has banned German Olympic road cycling coach Patrick Moster until the end of 2021 after he was picked up by a TV microphone last week urging rider Nikias Arndt to “catch the camel drivers” – a reference to cyclists from Algeria and Eritrea – during the men’s time trial at the Tokyo Olympics.

World cycling’s governing body referred the incident to its Disciplinary Commission, which has now published its decision following what it termed his “inappropriate comments.”

It said in a statement that “his comments were discriminatory and contrary to the basic rules of decency, in violation of article 12.4.017 (d) of the UCI Regulations.

“Mr Moster has since acknowledged before the Disciplinary Commission that he had committed a breach of the UCI Regulations and agreed to the imposition of a suspension until 31 December 2021, during which time Mr Moster may not participate in any capacity in any competition or activity authorised or organised by the UCI, a Continental Confederation or a member National Federation.”

Germany’s national cycling federation, the Bund Deutscher Radfahrer (BDR) has imposed its own sanctions against Moster for what it termed his “culturally discriminatory and completely unacceptable statements.”

It said that he has been removed from international duties until further notice, and “will receive a qualified written warning, which will be included in the personnel file and, in the event of repetition, will lead to further legal consequences.

“These measures are associated with a corresponding reduction in the salary,” it added.

The UCI, which said it “condemns all forms of racist and discriminatory behaviour and strives to ensure integrity, diversity and equality in cycling,” added that the sanctions it has imposed on Moster are in addition to those applied by the BDR.

The ban means that Moster will miss the UCI Road Cycling World Championships, which take place in the Flanders region of Belgium from 19-26 September.